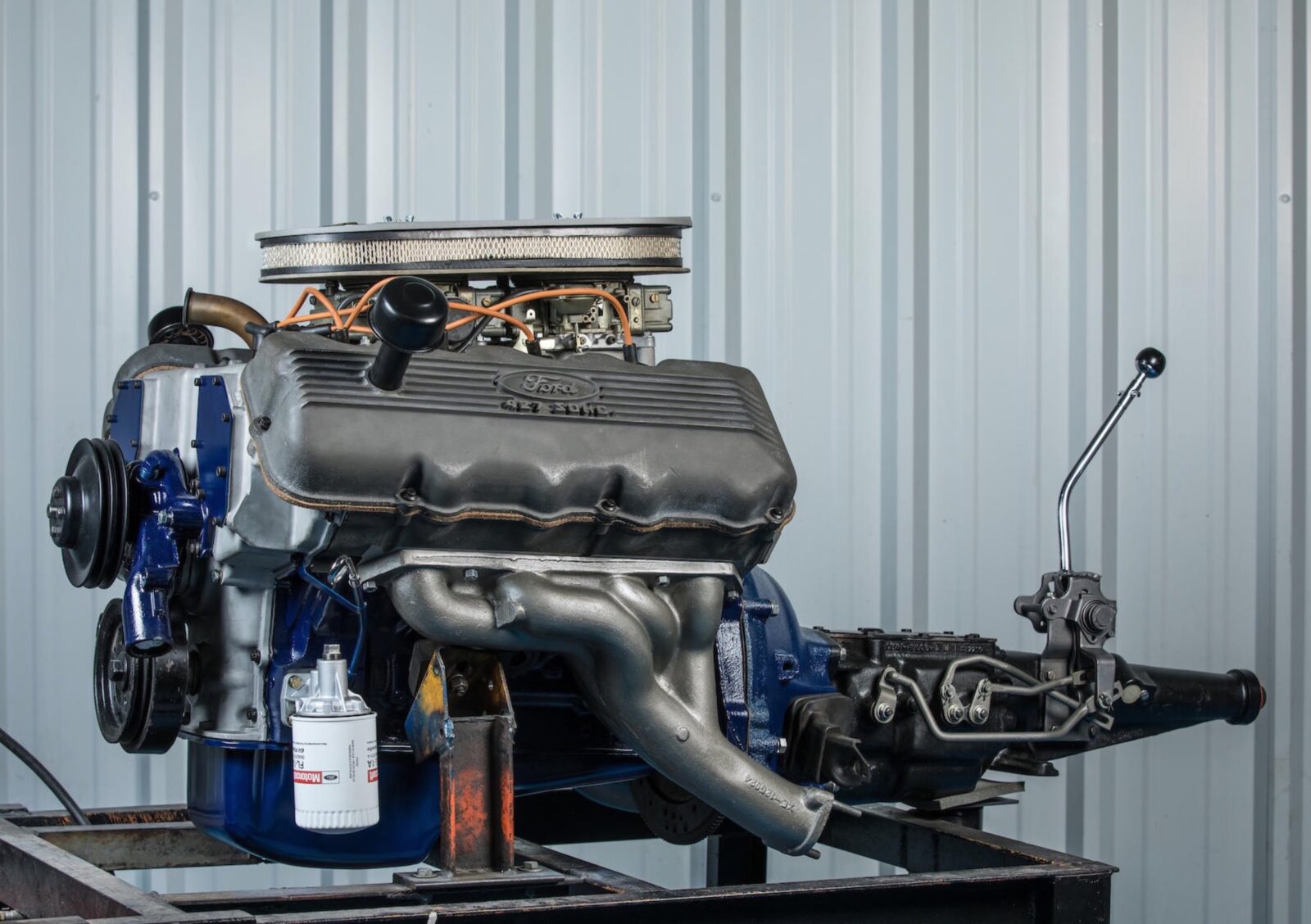 The development timeline of the engine was exceedingly short, the mission brief was to develop a high-revving single overhead cam engine for use in NASCAR to take the fight to the Chrysler 426 Hemi “Elephant” V8.

Sadly the Ford Cammer V8 was banned by NASCAR boss Bill France before it could ever contest a race, he wanted to maintain NASCAR’s blue collar roots and it’s thought he was opposed to the concept of exotic European-style, high-revving overhead cam engines.

It’s also likely he understood that the Cammer could, and almost certainly would, lead to an arms race amongst manufacturers – driving up costs and pushing out smaller teams. 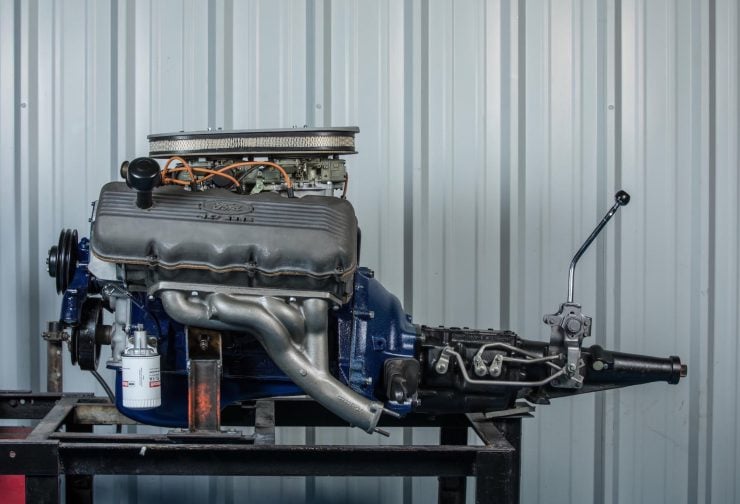 Due to the time constraints the engineers at the X-Garage used a standard 427 cubic inch V8 block, they developed bespoke cast iron heads (alloy would be used later) that incorporated single overhead cams that operate rocker arms to open two valves per cylinder. The cams are operated by a serpentine cam chain that measures in at over 6 feet long, this would cause signifiant issues at higher RPMs as the chains would stretch and cam timing would move a few degrees out of sync.

Though it couldn’t compete in NASCAR the Cammer did become a popular choice with drag racers who spent a lot of time re-engineering the engine for higher performance. Some highly-developed examples could produce 2,500 hp, though obviously only for very brief periods of time.

The Cammer you see here is a 1967 example with a Ford Top Loader 4-speed manual transmission attached, this is a later version of the engine with aluminum heads. Up top there are a pair of matching Holley 4-barrel carburettors with an oval air-filter which carries the gold-tone spread-wing 427 insignia.

If you’d like to read more about this engine or register to bid you can click here to visit the listing on Bonhams. 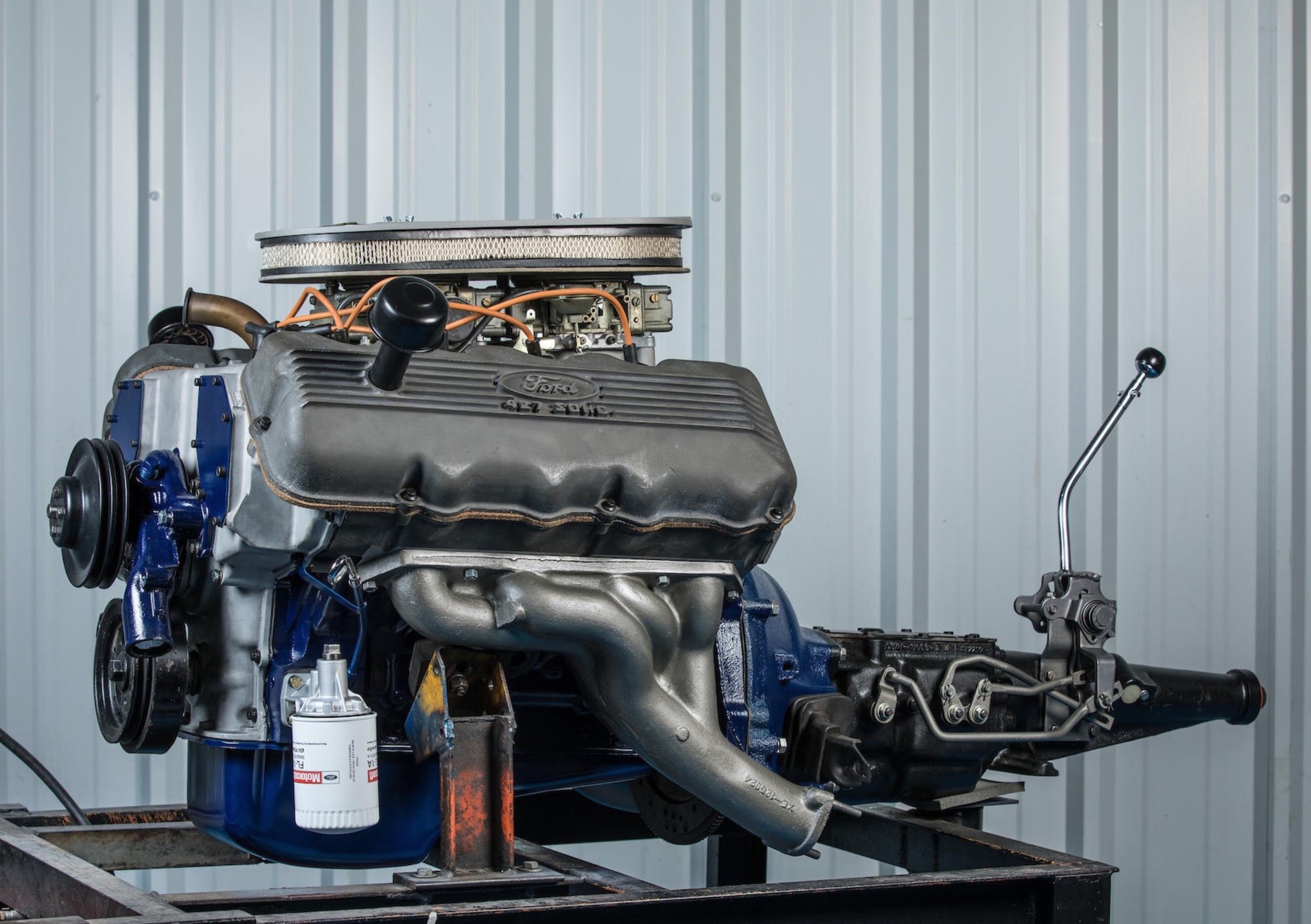