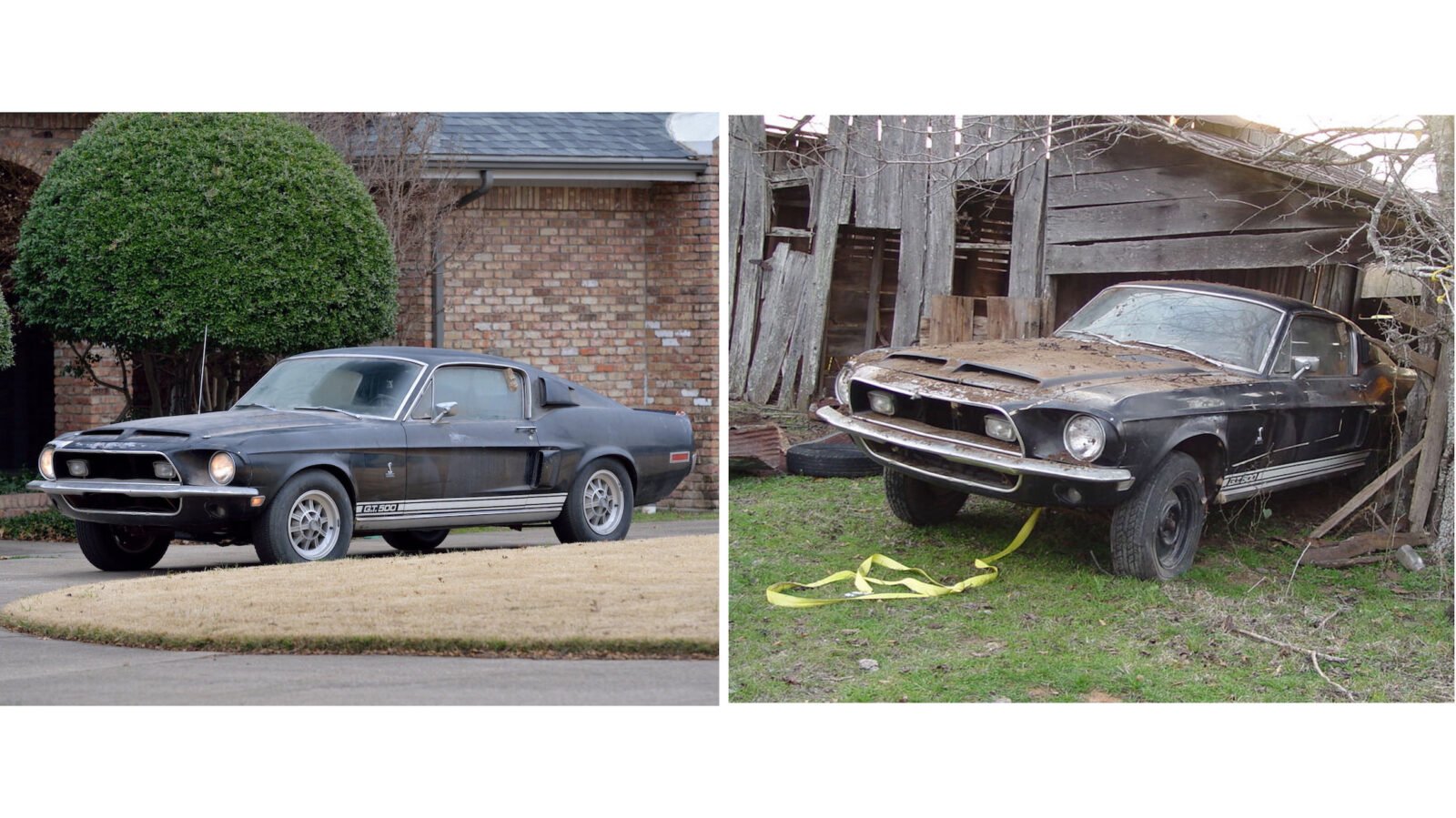 It’s hard to imagine what it must be like to walk up to a rickety old barn in the Texas countryside and see the distinctive front end of a dusty 1968 Shelby GT500 Fastback peering out through an old metal gate.

True barn finds are something that are appealing to almost everyone in the automotive world, they’re a four wheeled version of a buried pirates treasure, though instead of gleaming gold, emeralds, and rubies its usually a dim glint of light off a filthy windshield on the other side of a farmer’s grain shed. 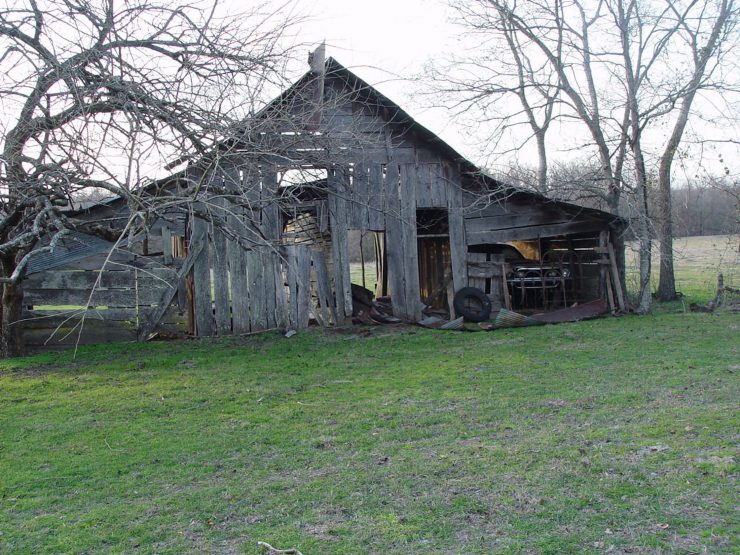 Unusually the Shelby GT500 Fastback you see here was kept in as-discovered condition rather than seeing a full restoration after its discovery. Rust was exceedingly minimal given the storage conditions, so it was decided to keep it as close to original as possible with the exception of a rebuilt engine, drivetrain, suspension, and brakes.

“Is it better to restore or keep it original” is a pub argument that’s been had for decades and the truth of the matter is that there is no right answer, it really depends on the condition and rarity of the car in question. If a car is severely rusted there really isn’t much choice.

The Shelby you see here was discovered by Amos Minter in the mid-2000s sitting under a somewhat flimsy barn roof in Texas. After checking the VIN he realised this was the only Raven Black Shelby GT500 shipped to Texas in 1968, and it’s still wearing mostly original paint.

The owner of the barn and the Shelby had the car since 1971, there’s no explanation as to why they parked the car up for so long, but it’s often due to an expensive part breaking when the car’s value was far lower than it is today. 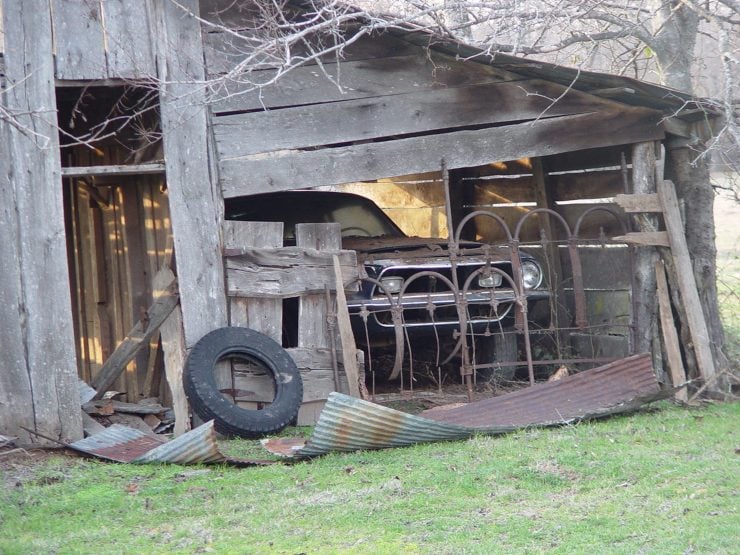 The Mustang’s body shell was significantly revised for the 1967 model including an engine bay enlargement to accept the Ford FE series Big Block V8. This allowed the Shelby folks to install Ford’s higher-displacement 428 cu. in. 360 hp Police Interceptor V8, topped with a Holley 715 CFM 4-barrel carburettor on an aluminum high-rise intake manifold.

Externally a new front end was developed to further differentiate the Shelby from the standard Mustang including twin air scoops, a lengthened hood line, and louvered cooling vents. In the rear a set of Thunderbird tail lights replaced the stock units and an integrated rear spoiler was added. 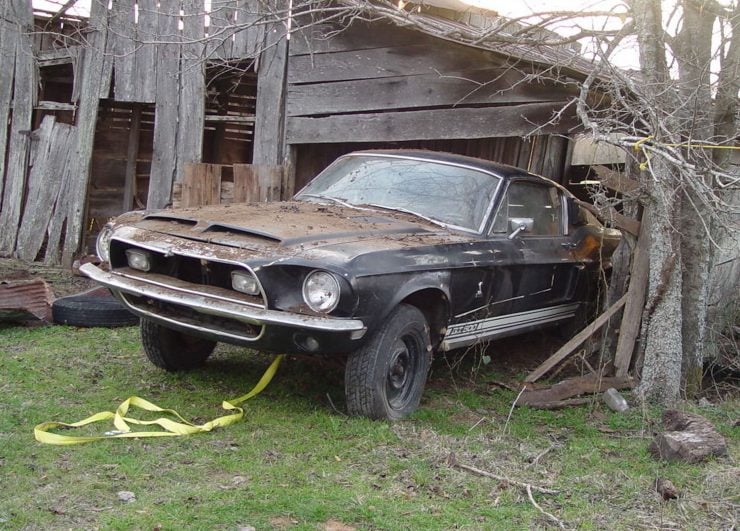 Inside the car the Mustang’s Deluxe interior was improved with the addition of a Shelby console, a padded armrest, a Shelby steering wheel and shifter knob, and a discreet roll bar.

In the years since it was discovered and purchased the GT500 has had a comprehensively rebuilt engine, it looks brand new albeit a little dusty. The tires are original and so it would be highly recommended to change them before any driving is attempted, alternatively the car could be conserved in its current condition if the new owner wishes. 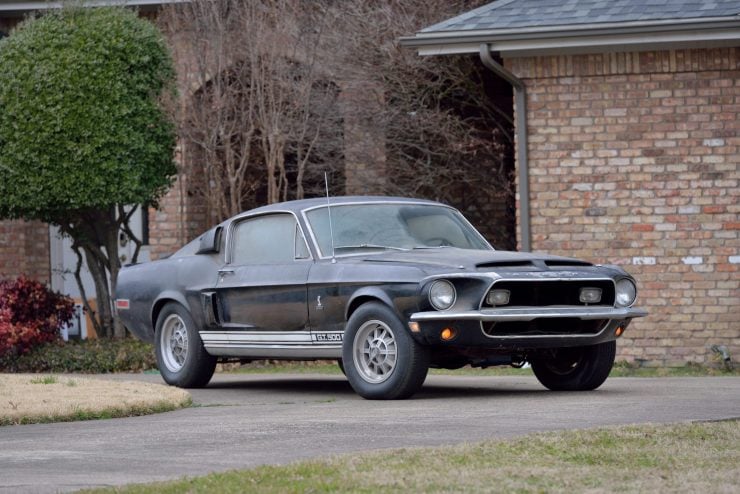 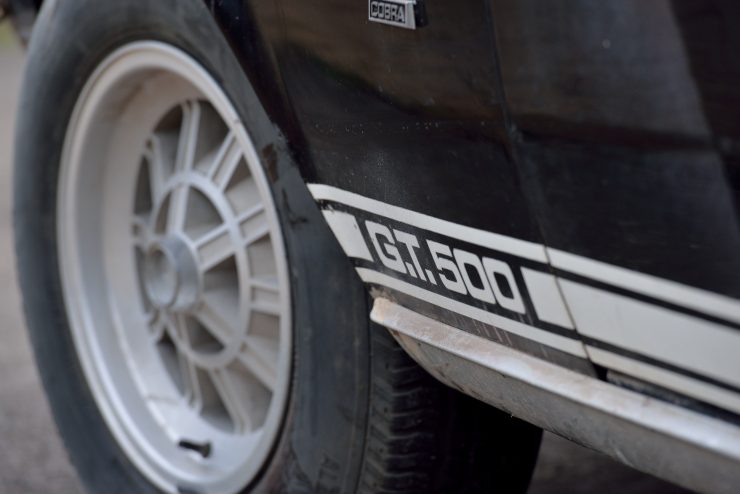 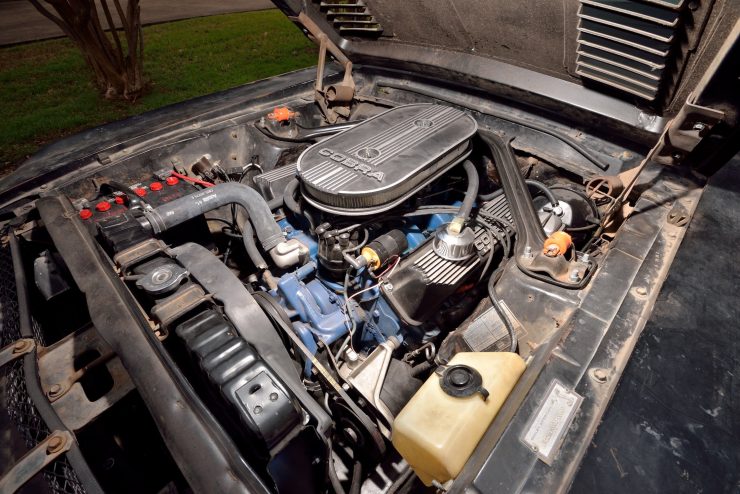 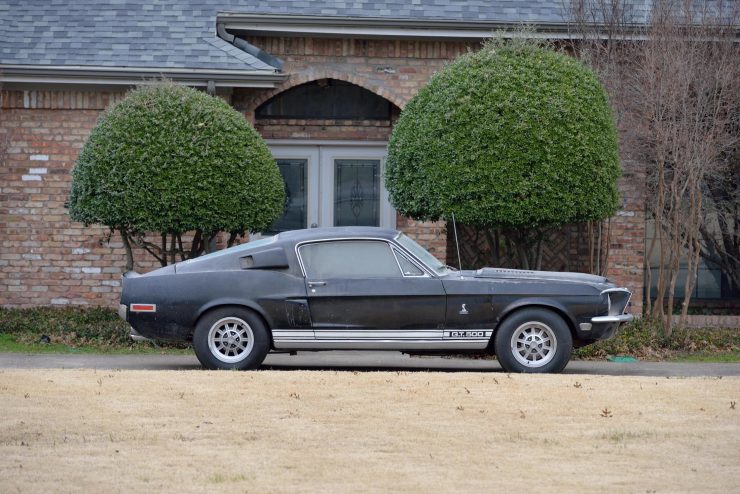 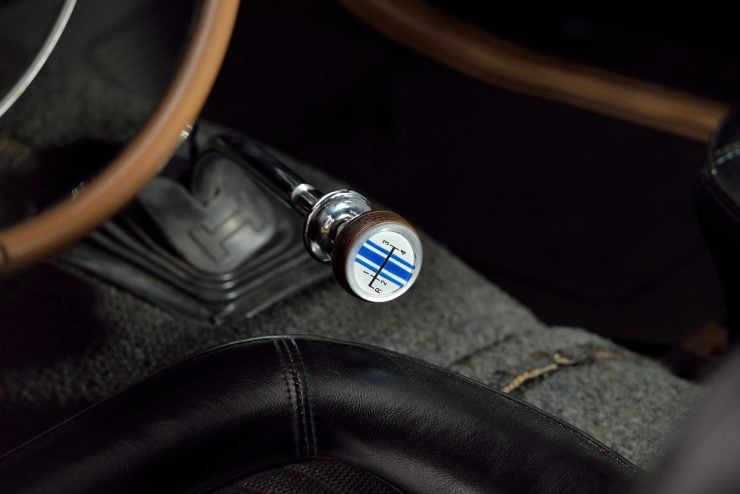 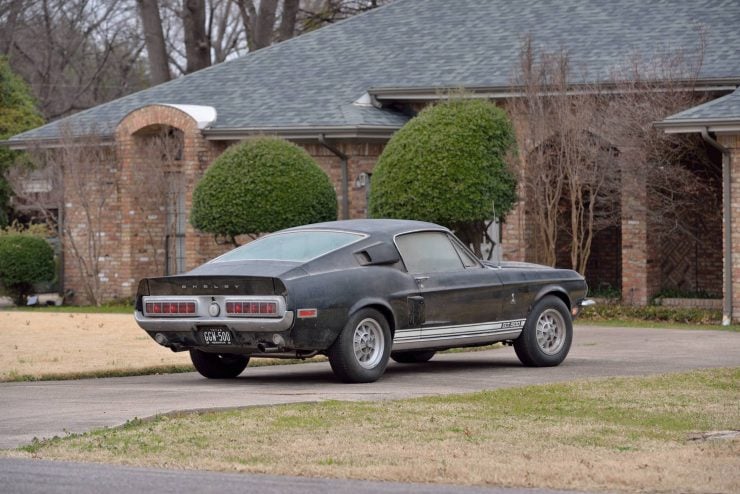 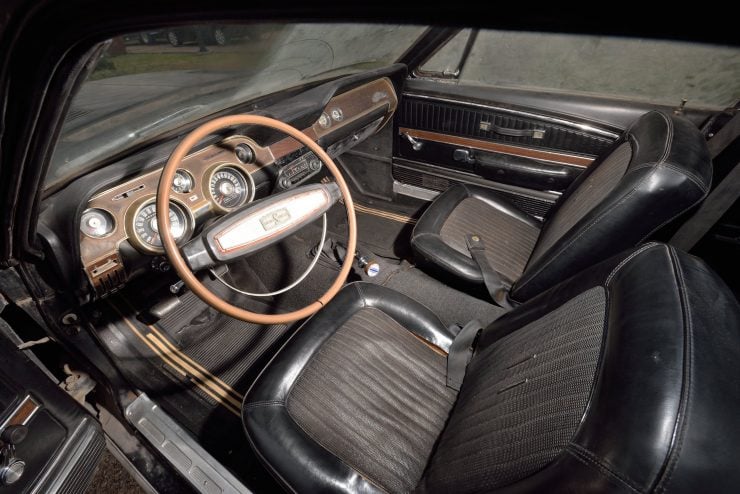 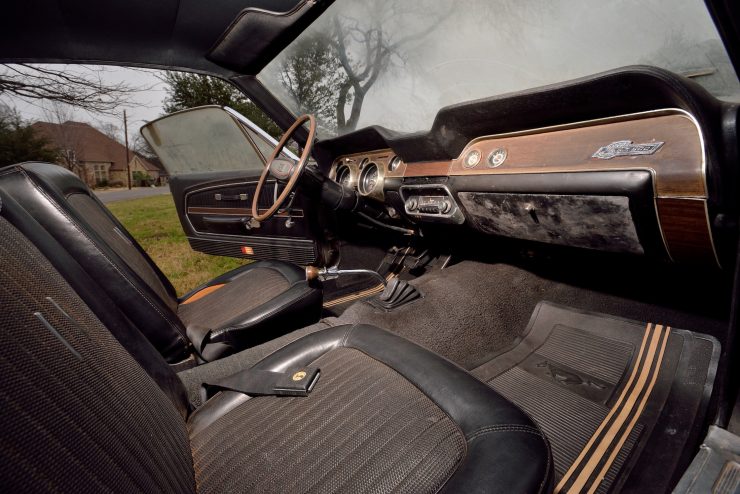 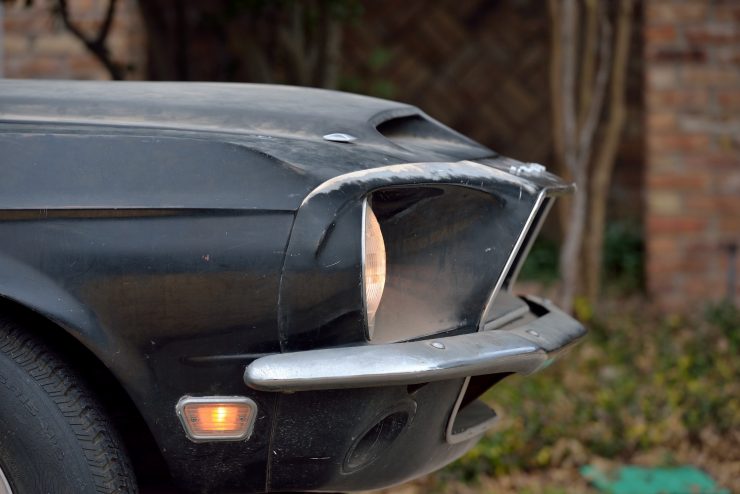 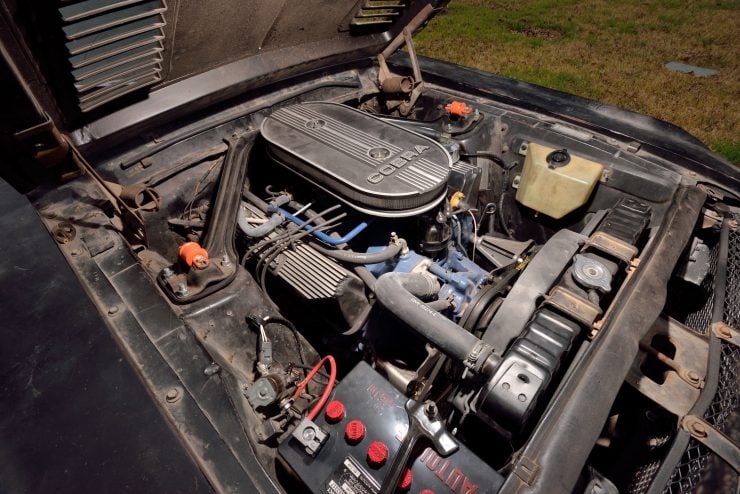 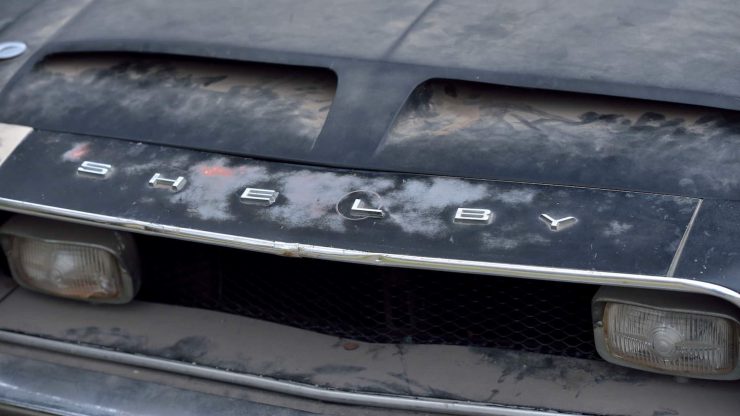 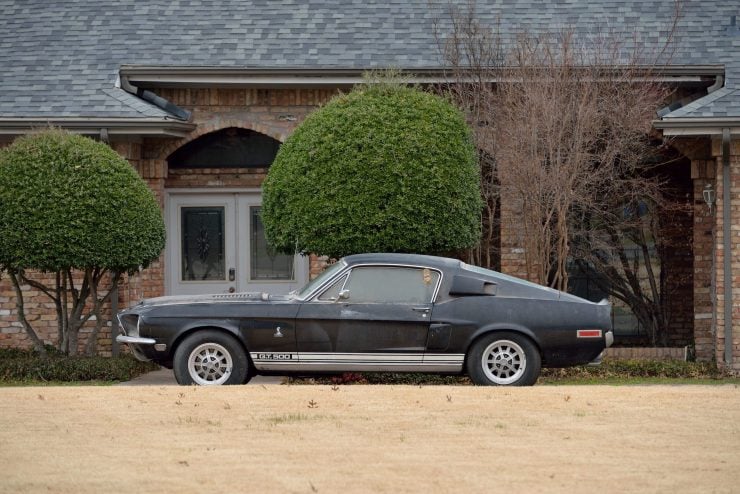 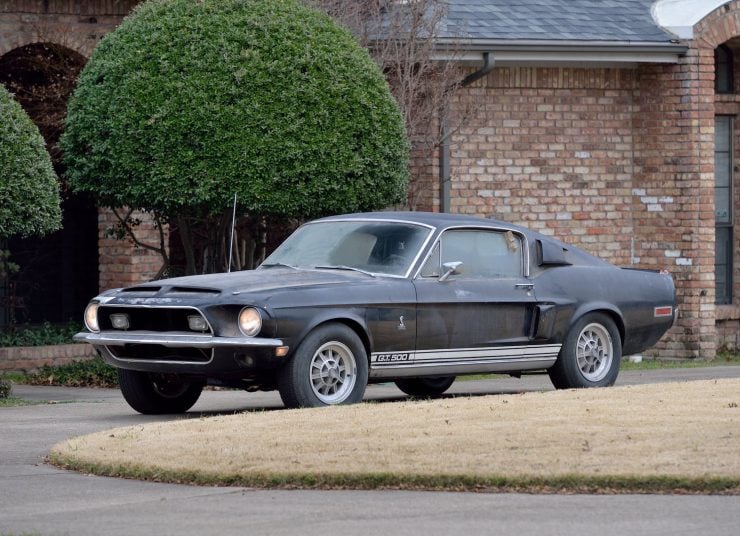 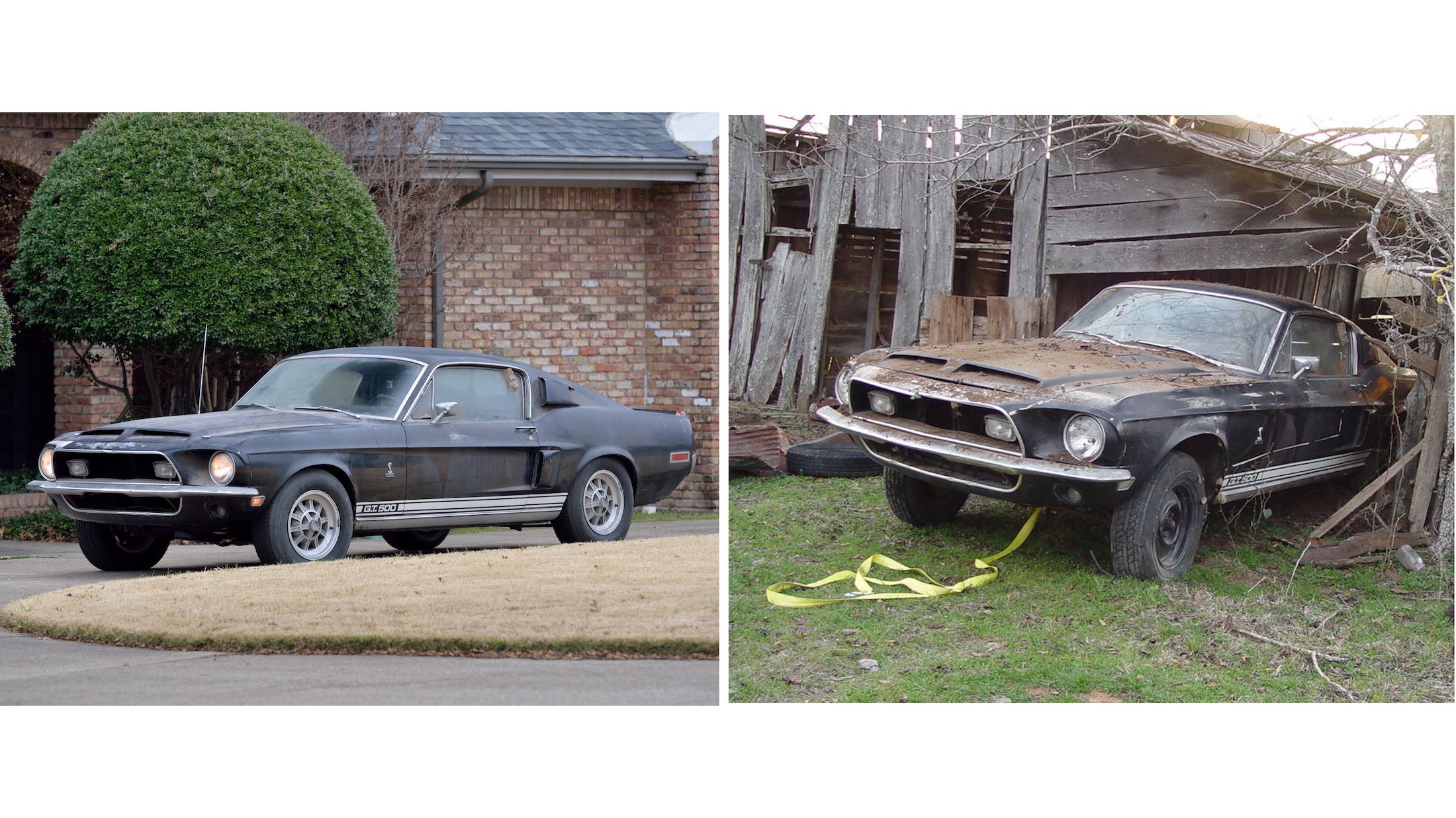