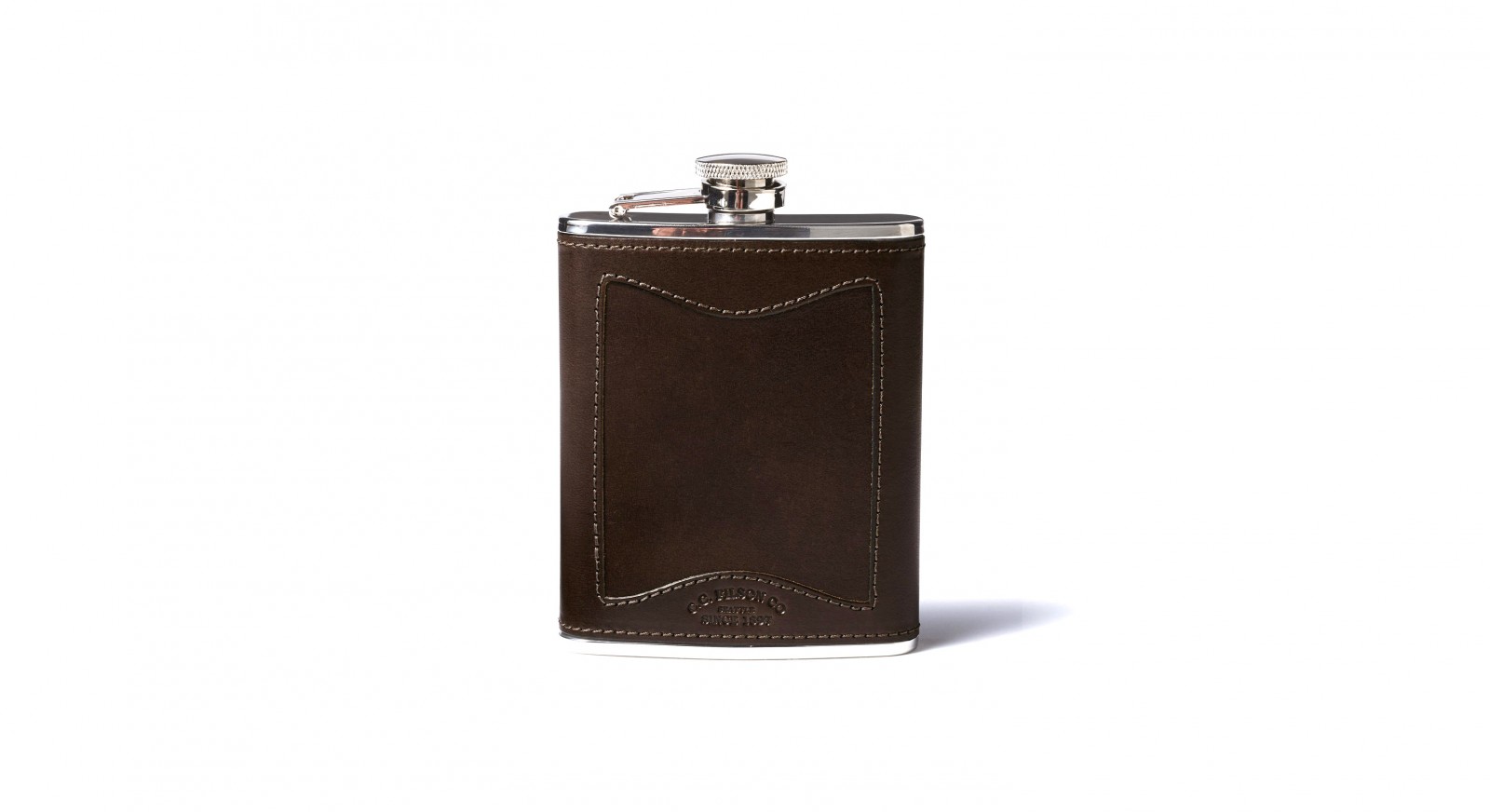 Although Filson are better known for their outdoor-specific clothing and gear they also make a hip flask -presumably for those cold winter hikes, ice fishing expeditions and cross country ski trips.

Each Filson Flask is made from stainless steel wrapped with bridle leather and has a screw-top hinged lid, it has a capacity of 6 fluid ounces and it’s made in the United States. 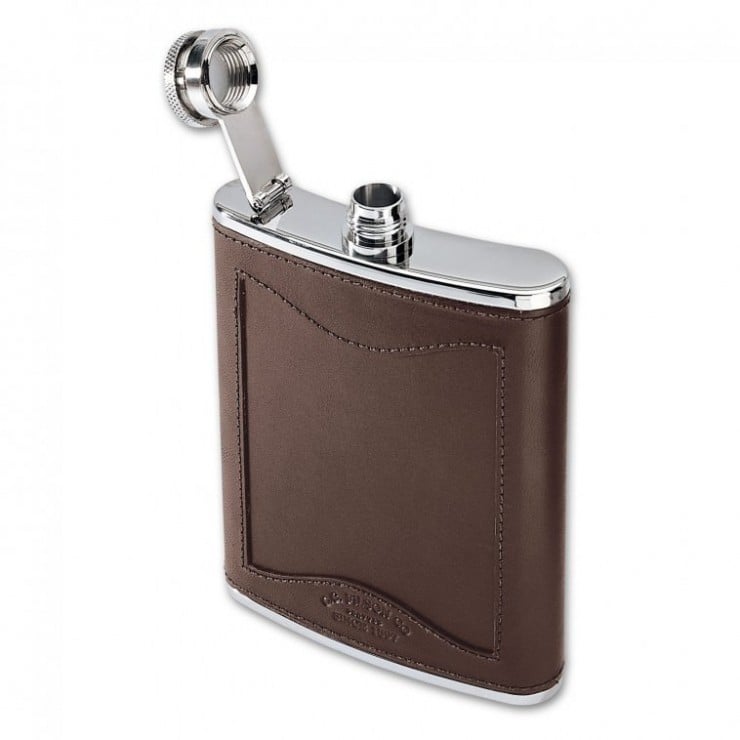