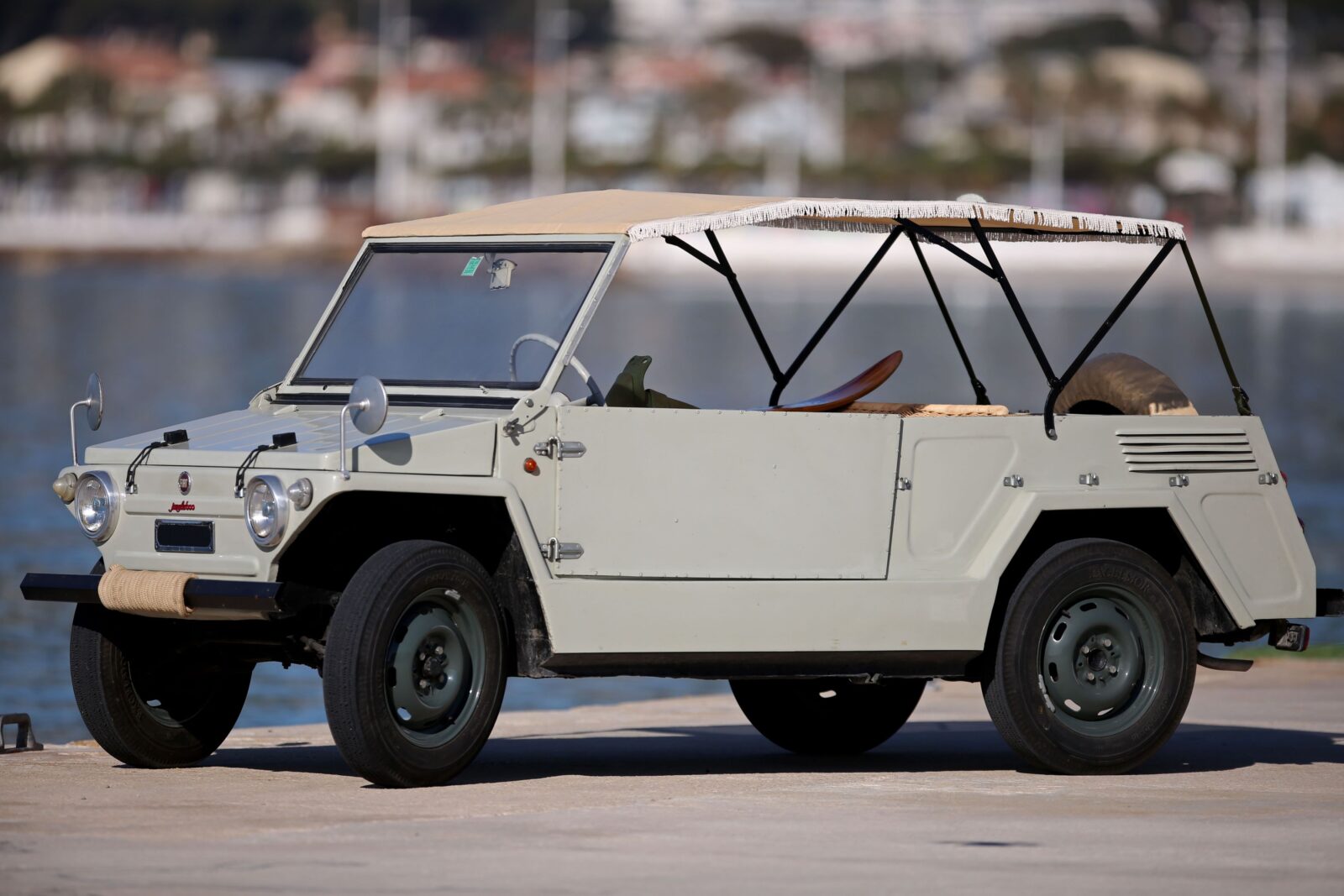 This is the Fiat 600 Savio Jungla, it was originally developed for the Italian military as an ultra-lightweight vehicle that could be deployed by parachute.

The idea was inspired by the British Mini Moke and the instruction to develop and build the Savio Jungla came from the big man himself – Gianni Agnelli.

The Mini Moke was also an ultra lightweight car that had been developed to appeal to the military, with a simple, utilitarian body and a drivetrain made up of widely available production automobile parts – from the famous Mini.

✱ The Fiat 600 Savio Jungla was developed to be parachute-deployable by the Italian military.

✱ It was designed with a lightweight body and the drivetrain from the mass-produced Fiat 600, helping to keep costs down.

✱ The military didn’t use the vehicle in the end but it was used by the Italian Forestry Service, the Carabinieri (Italian police), and the rich and famous who wanted a simple beach car.

✱ Just 3,200 examples were ever made and today they’re highly collectible.

The Fiat 600 Savio Jungla followed the same basic recipe as the Mini Moke, though with the engine mounted in the back driving the rear wheels rather than in the front driving the front wheels as with the British car. 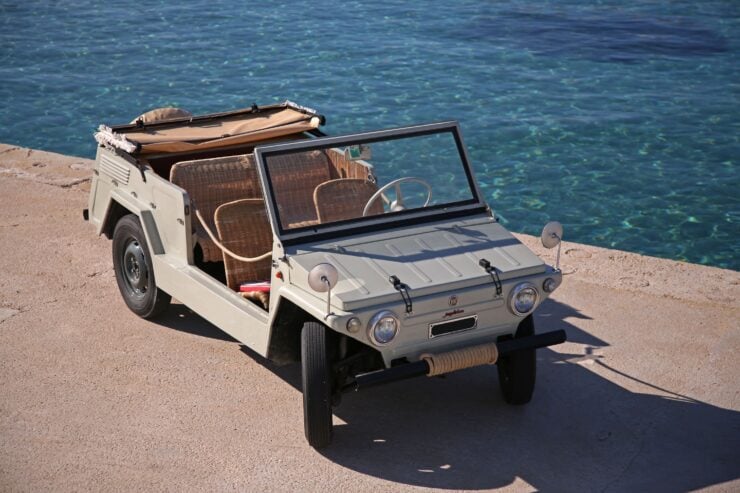 Above Image: The Savio Jungla can seat four adults and carry approximately 88 lbs of luggage.

Simplicity was a key element of the design criteria and as such the car used a very basic, squared off metal body designed to accommodate four adults and up to 40 kilograms of equipment. The Fiat 600 was being produced in large numbers in Italy at the time as an inexpensive car for the masses, and so many of its parts were used to ensure that the Savio Jungla could be produced cheaply, quickly, and easily.

The car was powered by a 767cc inline-four cylinder, overhead valve engine from the Fiat 600 and power was sent through the 4-speed manual gearbox to the rear wheels. Maximum power wasn’t blistering by any means at 32 hp, however it only needed to move a 578 kg curb weight and so a top speed of 95 km/h was still possible depending on the load.

Although it was intended for military use the Savio Jungla was never used by the Italian armed forces in any significant numbers. It did become the go-to vehicle for the Italian Forestry Service and it was used by the Carabinieri.

Perhaps the most famous users of the boxy little Fiat were the wealthy holiday makers of France, Italy, and Monte Carlo. These open-topped four seaters were perfect for the short drive down to the waterfront from your manor house up on the hillside, often with an Aperol spritz in one hand and the steering wheel in the other.

The most famous of these beach cars was the Kelly 600. This was a special version of the Savio Jungla with a tassled folding fabric roof, woven rattan seats, and some other rattan features. They were made by a Monaco-based Fiat dealership and original examples are now worth a king’s ransom.

Many of these cars were fitted with simple canvas tops to help hold the sun at bay and it was common to fit the cars with rattan seats as they were better for accommodating people still wet from swimming in the sea. 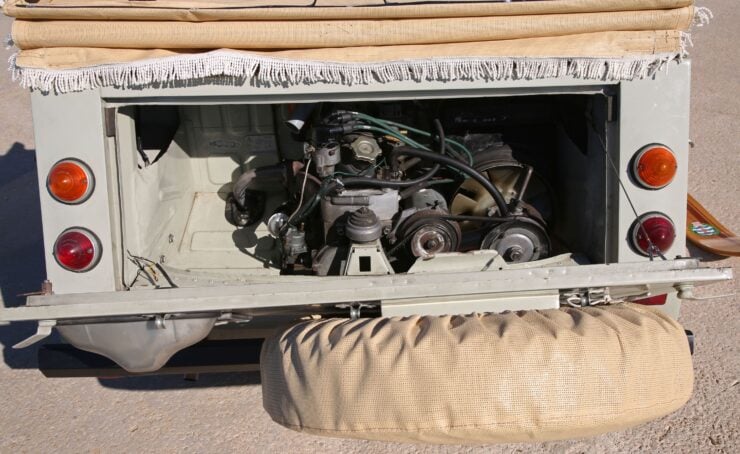 Above Image: The Savio Jungla uses the same engine and transmission as the Fiat 600.

Mini Mokes were also used for this purpose, and the French equivalent, the Citroën Méhari, was also a common sight at waterfront restaurants during the period. The Méhari looked remarkably similar to the Savio Jungla and many have suggested that it drew very direct inspiration from the Italian car, first appearing just three years after the Fiat.

Fiat would keep the Fiat 600 Savio Jungla in production from 1965 until 1974 when it was discontinued. With just 3,200 examples made the model wasn’t a major success, however it has become a cult classic in recent years and many of them have been exported to countries across Europe and over to North America.

The car you see here has been modified by its current owner into semi-Kelly 600 specification, including the rattan seats, rope doors, and tassled folding top.

The listing explains that the owner used the car in this specification for three summers in the South of France, as you do, and he’s only selling this one now as he’s found another one he wants to buy. 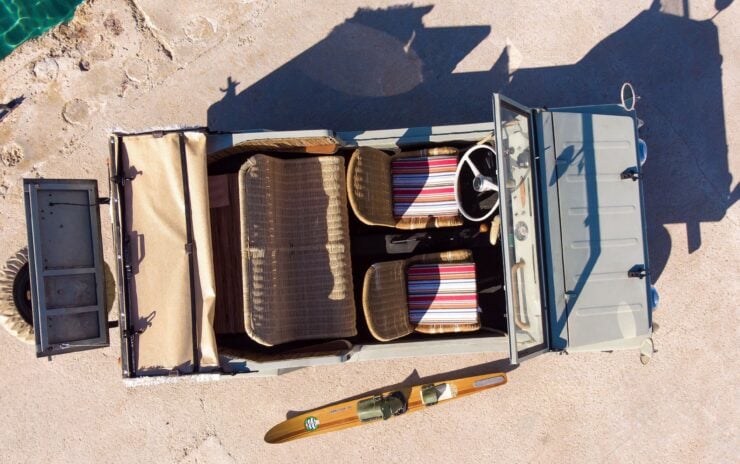 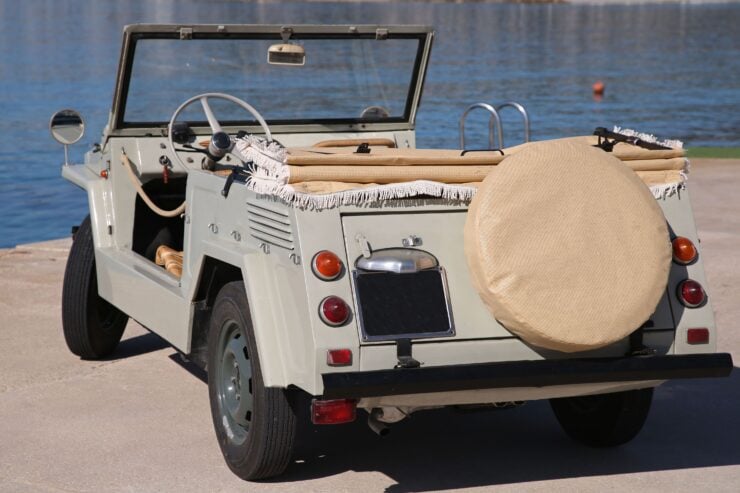 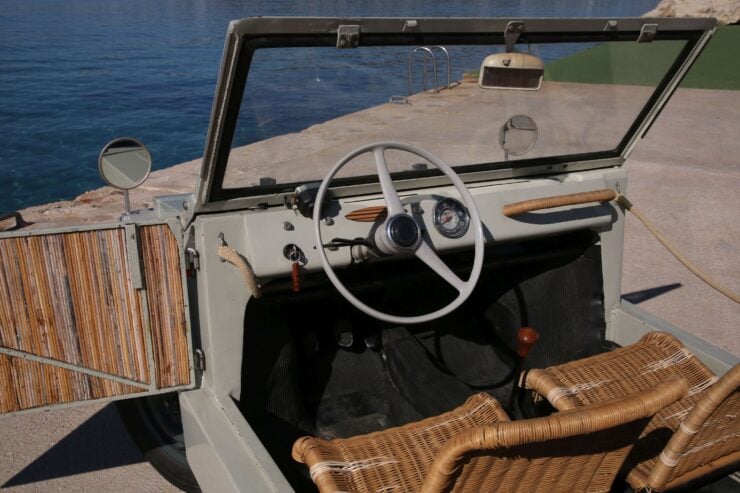 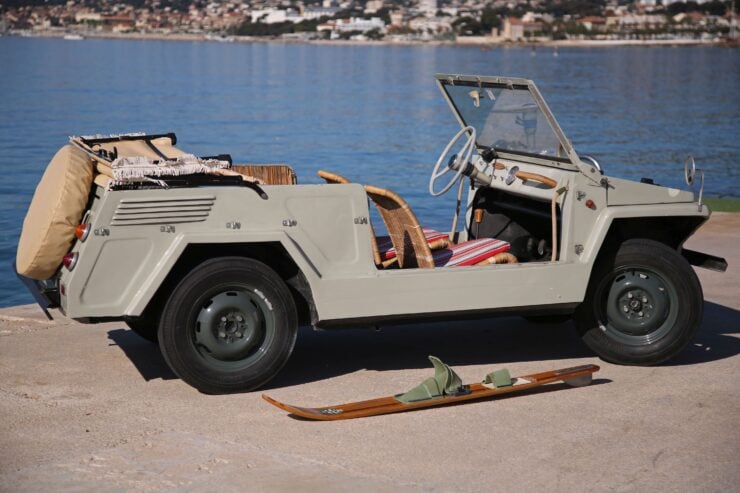 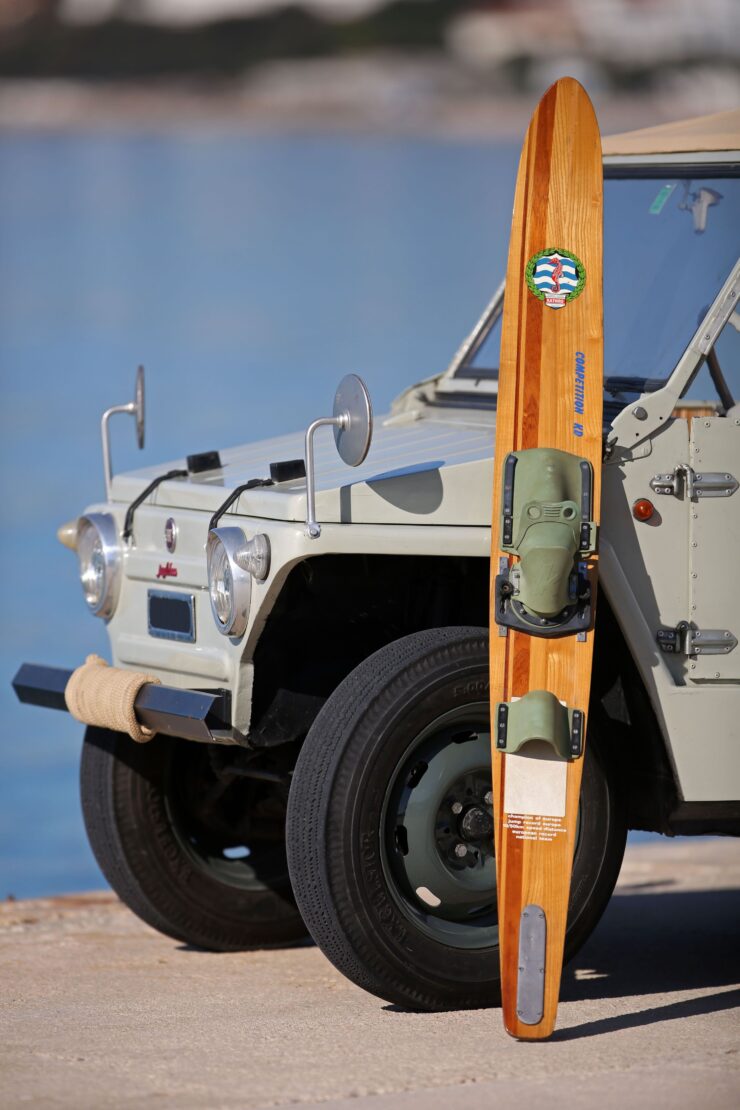 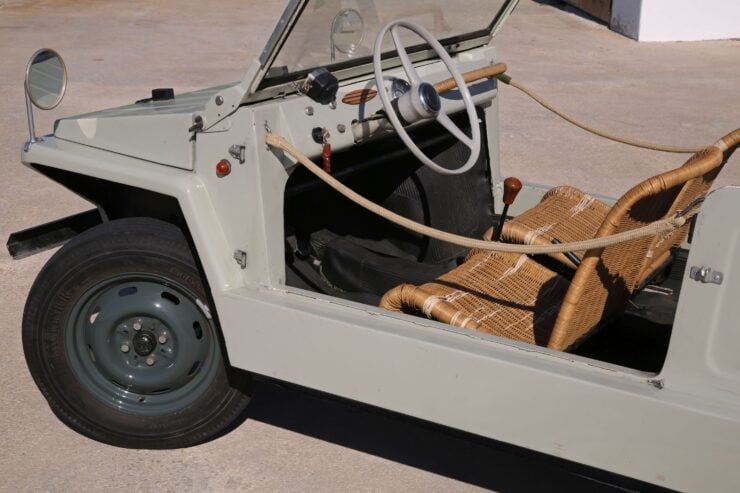 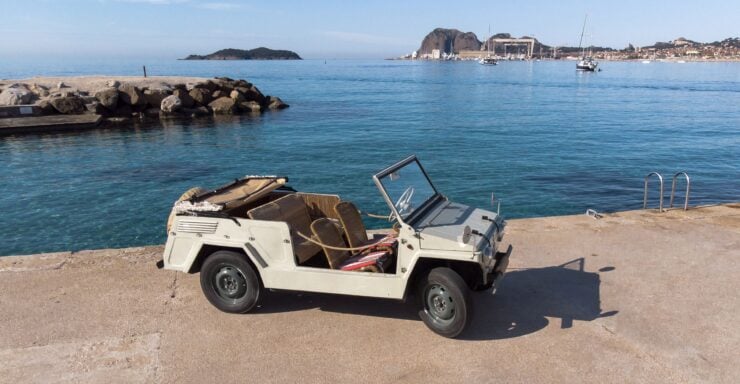 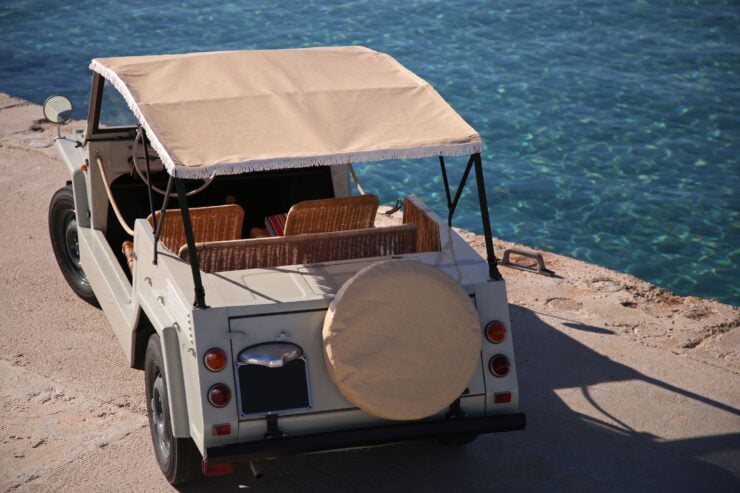 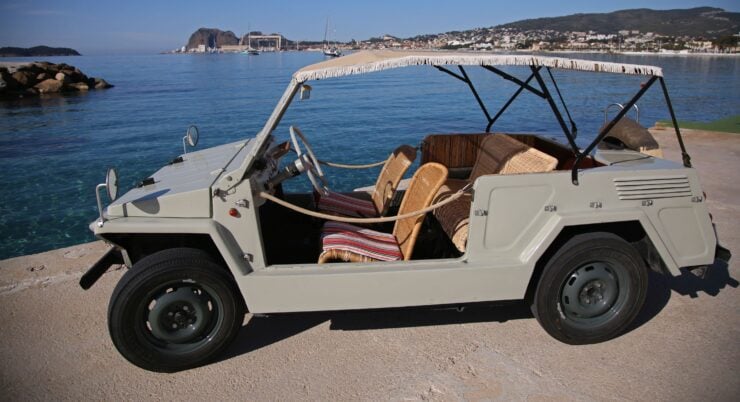 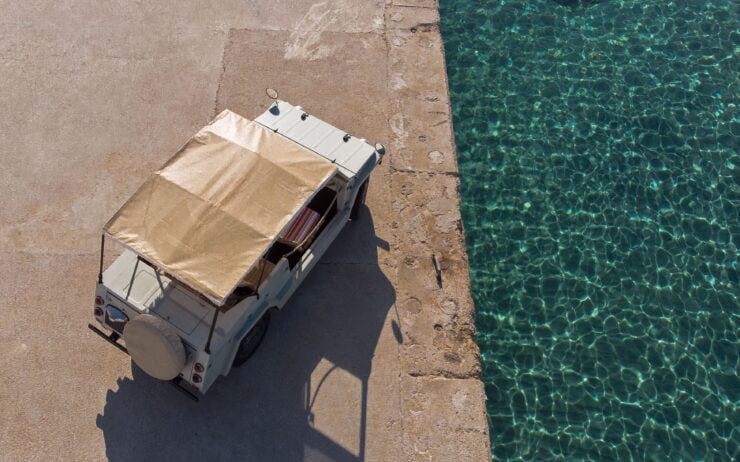 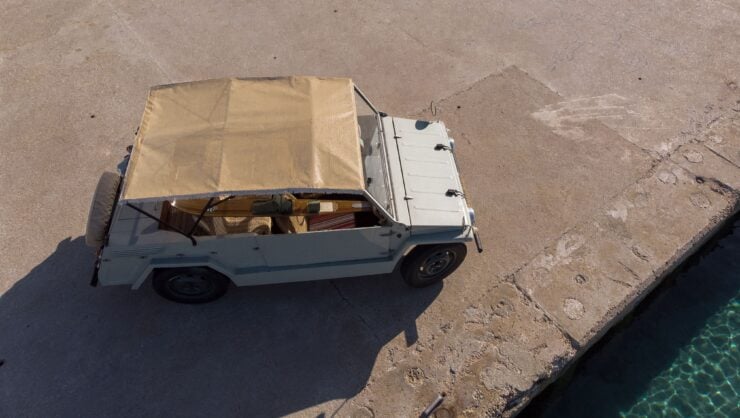 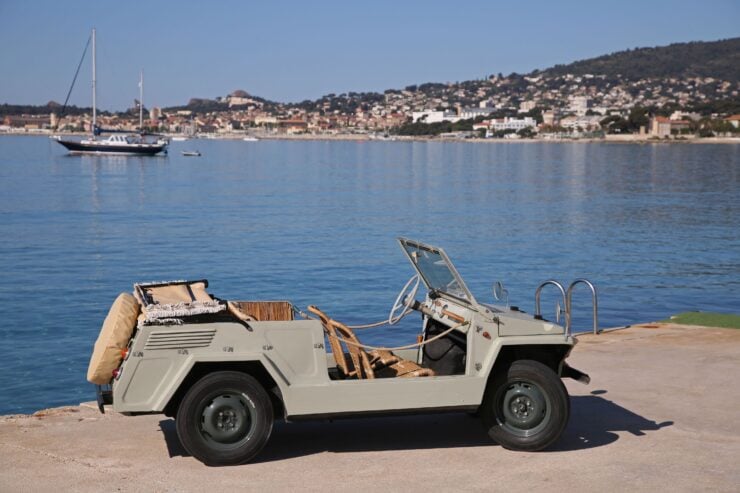 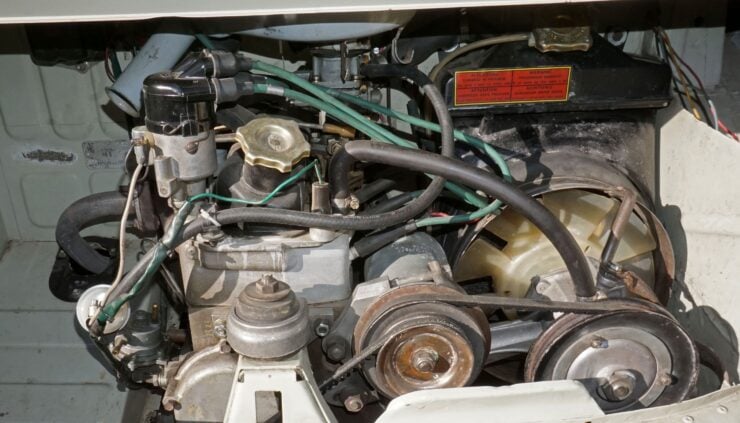 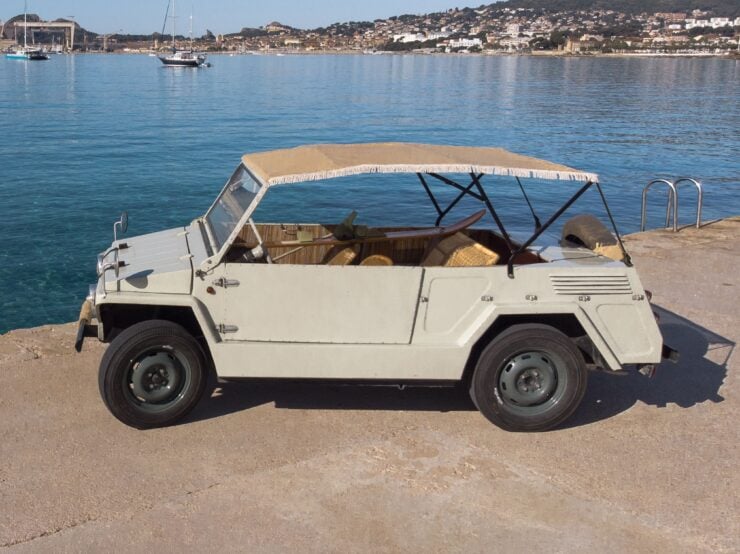