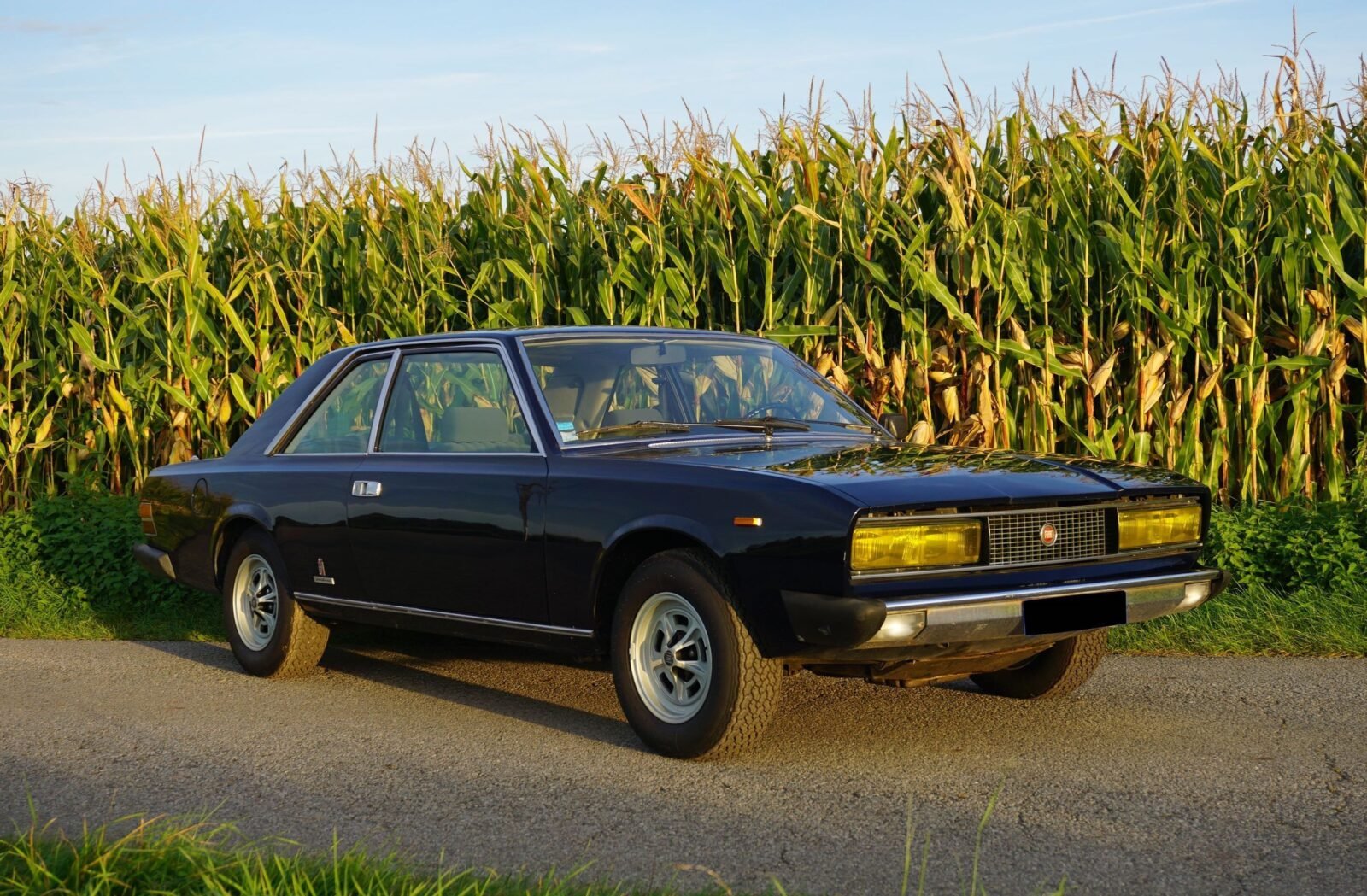 When it was released in 1971 the Fiat 130 Coupe was lauded by reviewers for its excellent handling and balance, its cutting-edge design, and for its well-appointed interior. The styling of the car has been compared to the Ferrari 400 GT, with both cars sharing a similar side profile and angular design language.

The Fiat 130 Coupe was designed by Paolo Martin at Pininfarina, based on the unibody platform used by Gian Paolo Boano to develop the earlier four-door Fiat 130 Saloon car. The 130 series was the successor to the outgoing Fiat 2300 models, which had styling that was well and truly outdated by the late 1960s. 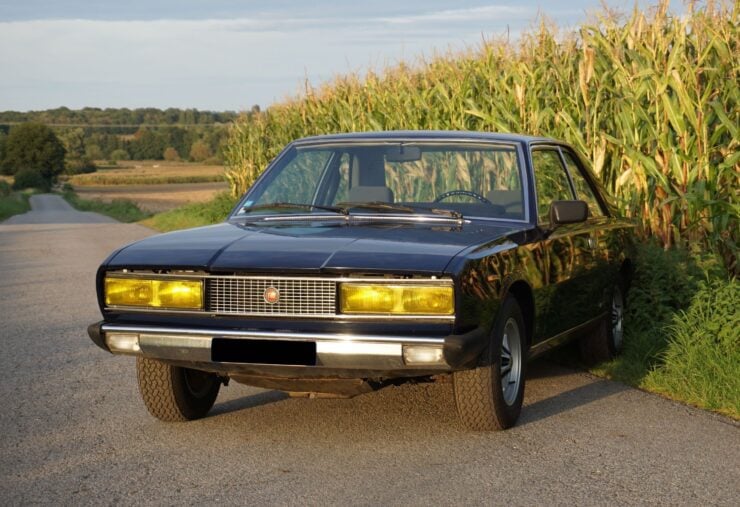 The styling of the car is pure 1970s, it’s won both fans and detractors over the years but it’s now becoming recognized as a desirable (and affordable) classic.

Pininfarina designer Paolo Martin was tasked with designing a new GT coupe for Fiat on the 130 platform, it had to have cutting edge styling, luxury that would rival similar GT cars from Jaguar and Mercedes-Benz, and it needed excellent handling.

Fiat executives saw the 130 series as a new platform that would lead them into the 1970s, and much of the company’s future was riding on it. Martin’s design work on the 130 Coupe was awarded a design prize after its release, and it almost certainly had some small amount of influence on the Ferrari 365 GT4 2+2 which was released a year later with styling by Leonardo Fioravanti at Pininfarina.

The 130 series vehicles utilized standard three-box unibody design, the 130 Coupe has MacPherson struts with longitudinal torsion bars up front and a modified Chapman strut with coil springs in the rear.

ZF power steering came as standard and the steering wheel is adjustable for rake and reach. Paolo Martin’s design work reached into the interior of the car as well, he designed the seats, central console, dashboard, and a number of other features.

In the engine bay you’ll find a crossflow 60º V6 engine that had been designed by former Ferrari engine designer Aurelio Lampredi. This Fiat V6 has an iron block and alloy heads with a single overhead cam per bank and two valves per cylinder, power output was 165 bhp at 5,500 rpm. 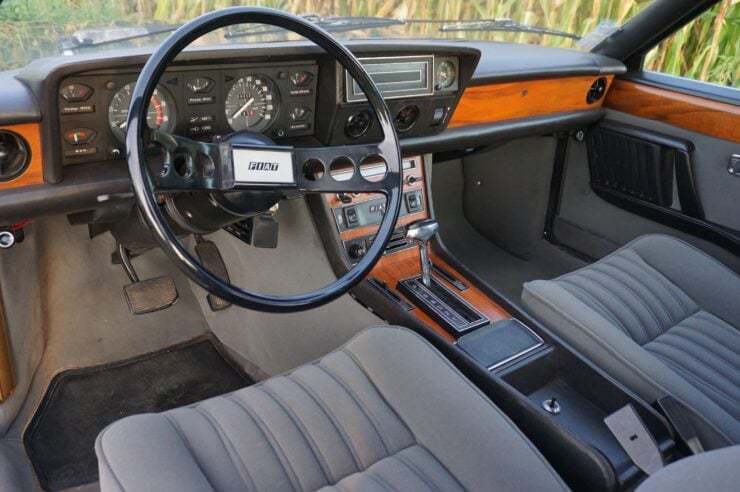 The interior is luxurious by the standards of the era, Fiat wanted the 130 Coupe to compete with similar GT cars from companies like Jaguar and Mercedes-Benz.

Ultimately the Fiat 130 Coupe wouldn’t be a major sales success for Fiat, with fewer than 4,500 made in total between 1971 and 1977. The styling of the car has long been controversial with some loving it and some being less enthusiastic, particularly of the front end, but today it’s becoming recognized as an under-appreciated 1970s classic.

The 130 Coupe you see here is a 1975 model, it received a partial restoration in 2015 with the bodywork and paintwork being redone, the bumpers were re-chromed, and the seats were reupholstered.

While this work was being done the transmission, differential, and universal joints were all overhauled and a new set of Michelin tires were fitted.

The car now presents in generally good overall condition the price guide is $17,500 to $29,000 USD and it’s due to cross the auction block with Artcurial on the 24th of October. If you’d like to read more about it or register to bid you can click here to visit the listing. 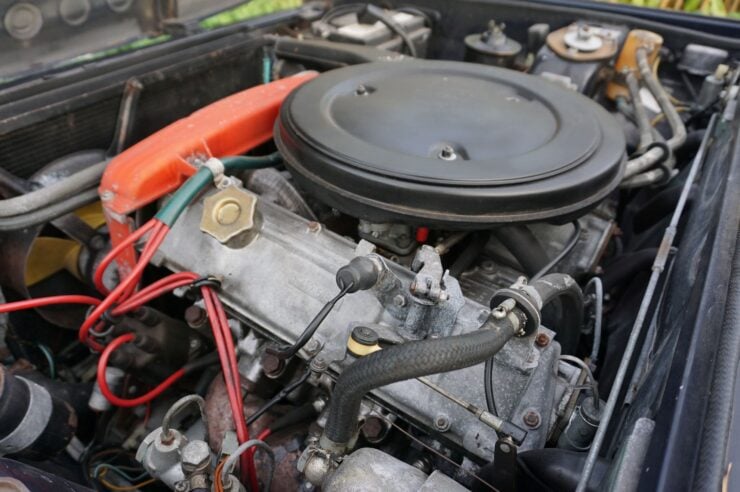 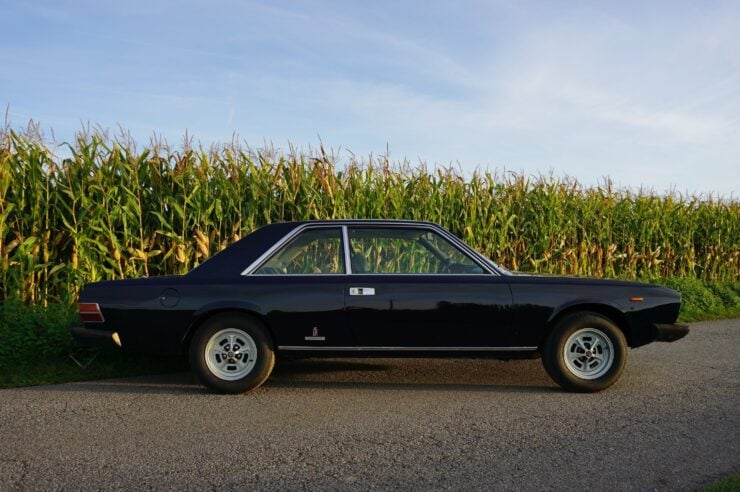 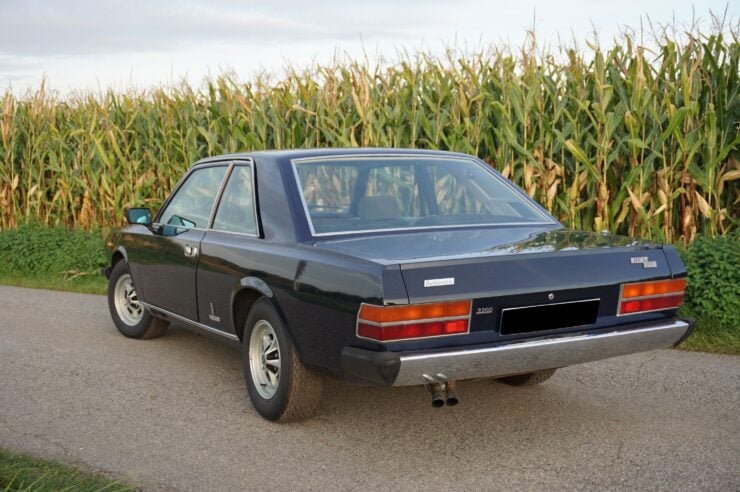 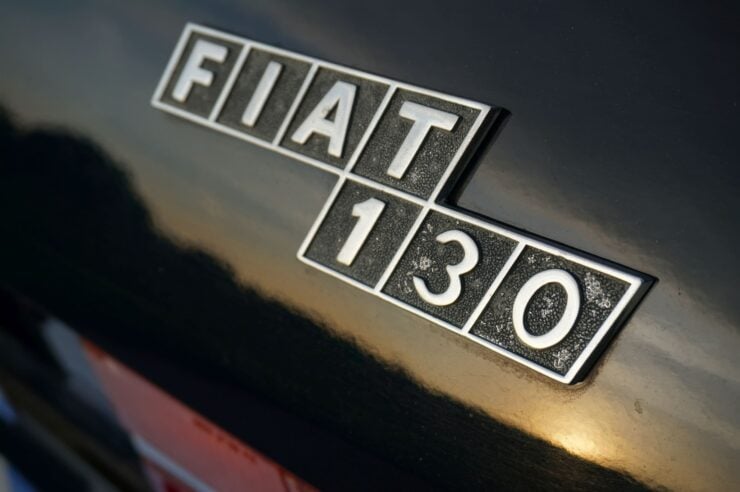 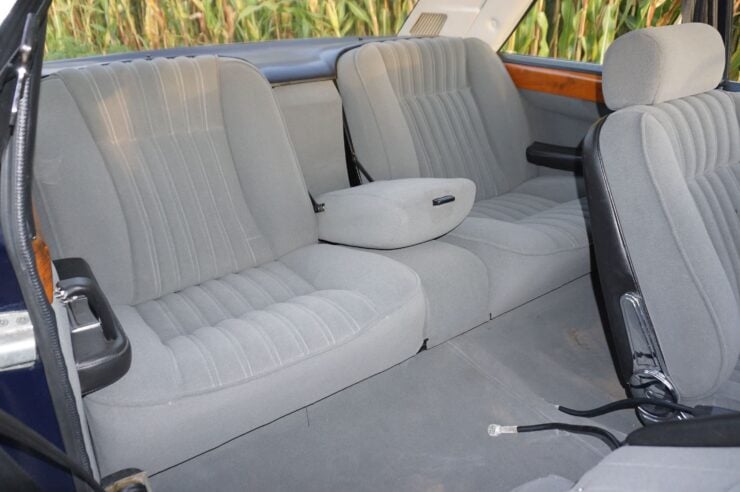 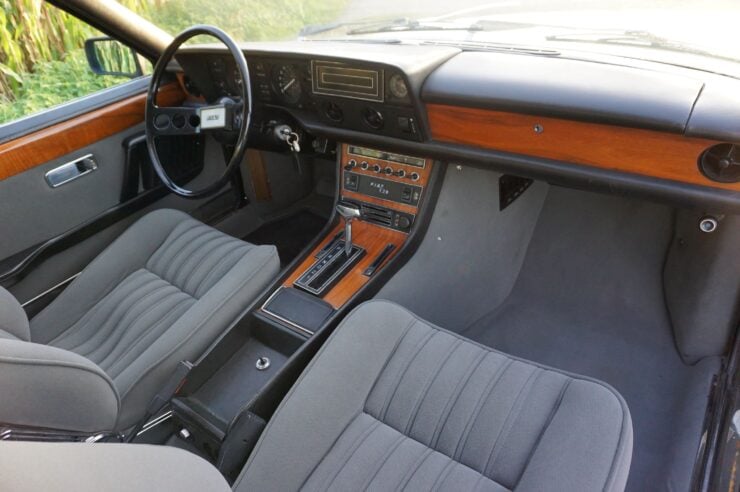 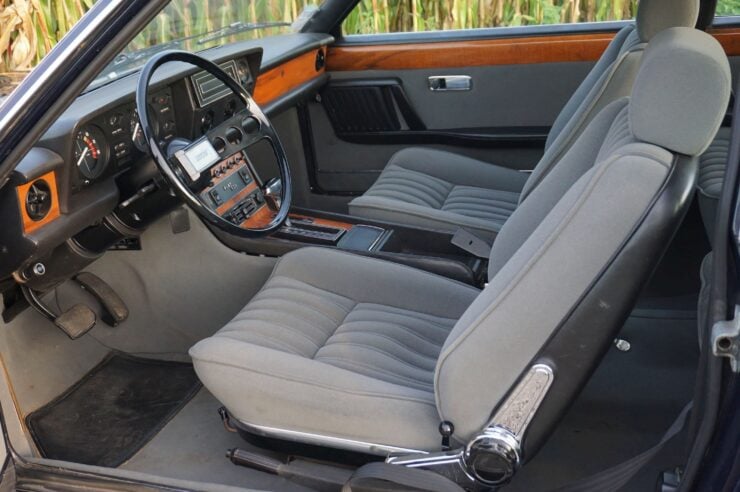 This is an original factory-built Devin C built by Bill Devin and his team in 1959. The cars developed by Devin deserve to be…