This is a Ferrari 126C4 Junior, a mini Formula 1 car replica designed for younger drivers. It’s powered by a rear-mounted, single cylinder motor and it has a single speed transmission to keep things easy.

There original Ferrari 126 Formula 1 car won 10 races and took 10 pole positions, the C4 model was the fourth generation of the car best known for winning the 1984 Belgian Grand Prix.

Whereas the original 126C4 had 850 hp for drivers to play with this junior version has just 6.5 hp, although that’s still enough to get it up to a decent clip – more than enough to please children and worry parents. 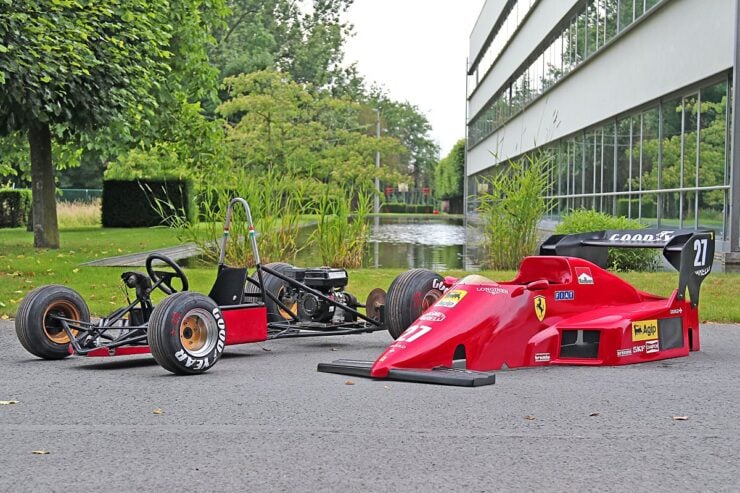 This “Junior” Ferrari 126C4 has a tubular steel frame with an integral roll bar and a single rear disc brake. Both rear wheels receive power from the engine and the driver controls the car with two pedals and a steering wheel as you’d expect.

The fiberglass body is a single removable unit for easy access to the motor and other aspects of the car. It can be fitted with a battery if the new owner wants to fit a starter motor, starting is currently done with a standard pull cord.

If you’d like to read more or place a bid you can click here to visit the listing on Collecting Cars, this unusual little Ferrari is currently being auctioned live and it’s based in Belgium. 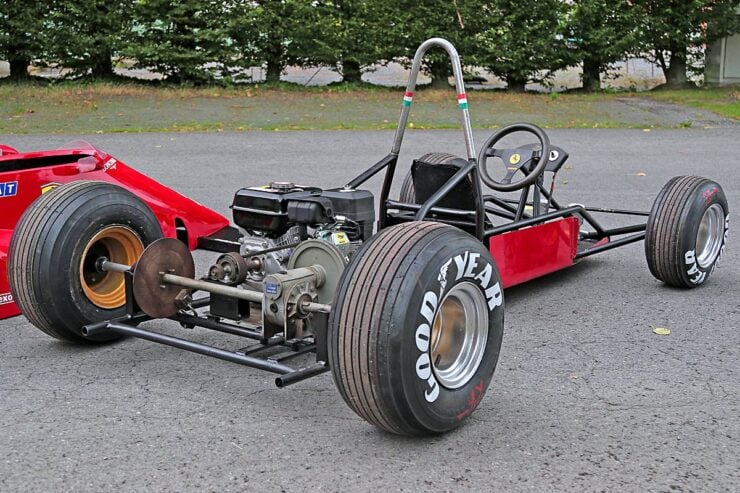 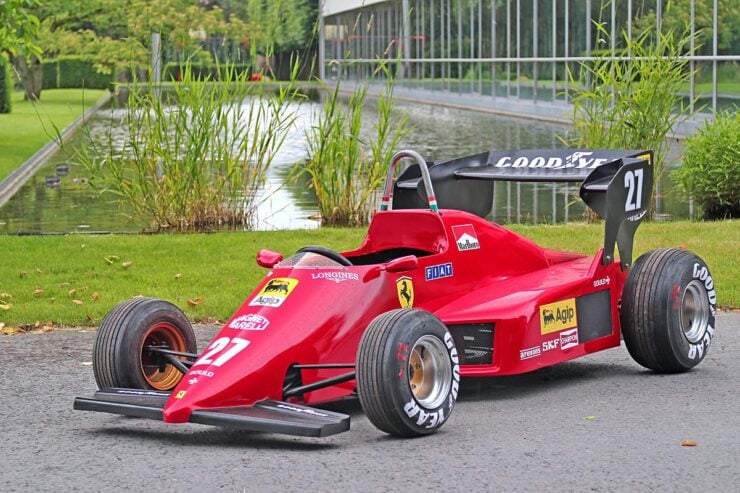 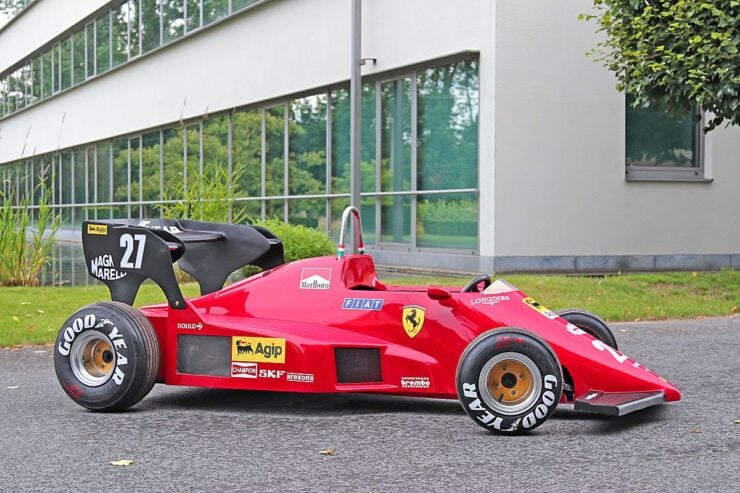 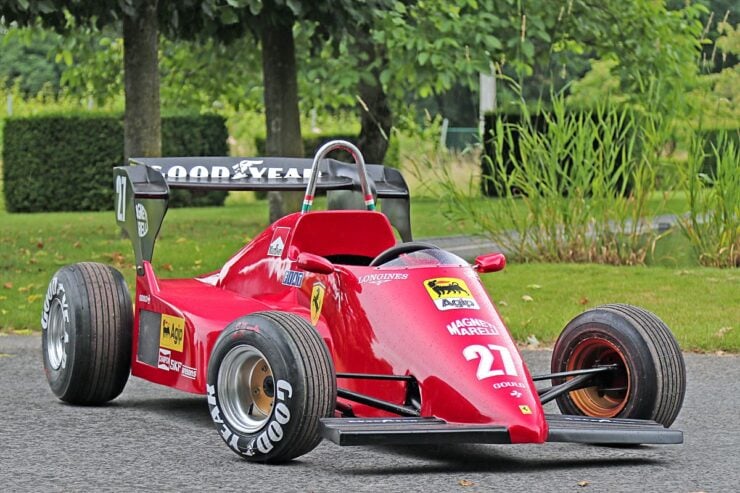 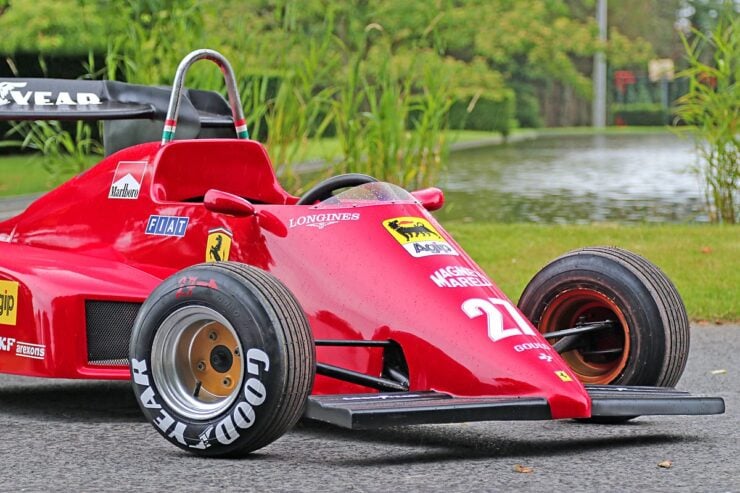 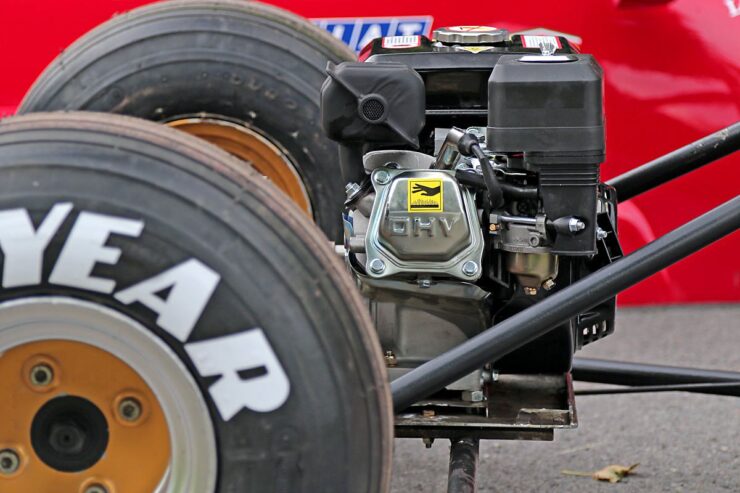