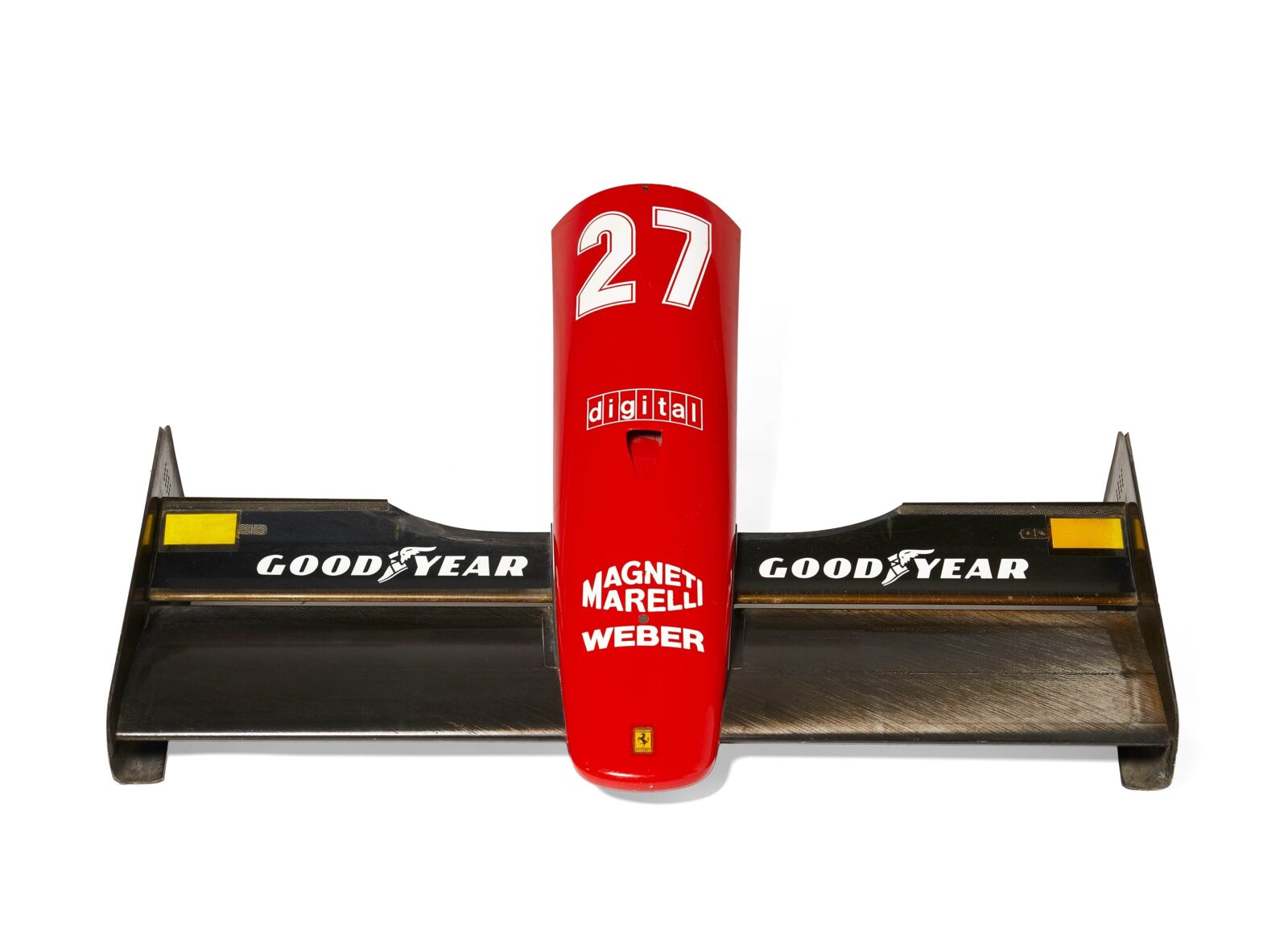 This is a front wing used by Alain Prost on his Ferrari 642 F1 car during the controversial 1991 season. The four time F1 World Champion could manage only five podium finishes and no wins in 1991, and was fired before the end of the season due to conflict between himself and the team.

Formula One cars like the Ferrari 642 were fitted with quickly removable front wings, like the one you see here, as front wings are often damaged during close quarters racing. Cars were able to pull into the pits and get a new set of rubber, a splash of fuel, and a new front wing and be back out on track without losing too much time.

Above Image: Onboard footage of the Ferrari 641 F1-91, there is some Japanese commentary however there’s plenty of engine sound and it gives you a good idea of just how brutal these cars were to drive.

This front wing is made from carbon fiber and it still carries its original livery and sponsor’s logos including Goodyear, Magneti Marelli, Weber, and Digital.

The wing was acquired by its current owner from a former Ferrari Formula One mechanic, and it measures in at 140cm wide and 108cm long. The weight isn’t listed however it’s safe to say that it’ll be surprisingly light due to the fact that it’s made from carbon fiber.

If you’d like to read more about this front wing or register to bid you can click here to visit the listing on Artcurial. It’s due to cross the auction block on the 19th of July in Monte Carlo with a price guide of $7,070 to  $9,430 USD. 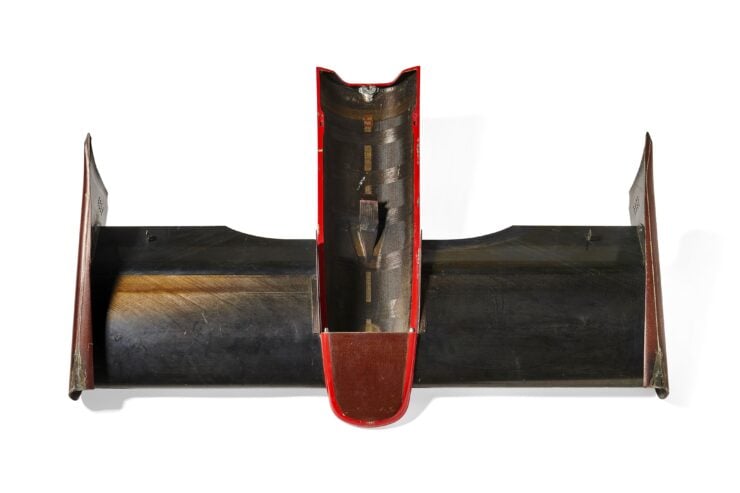 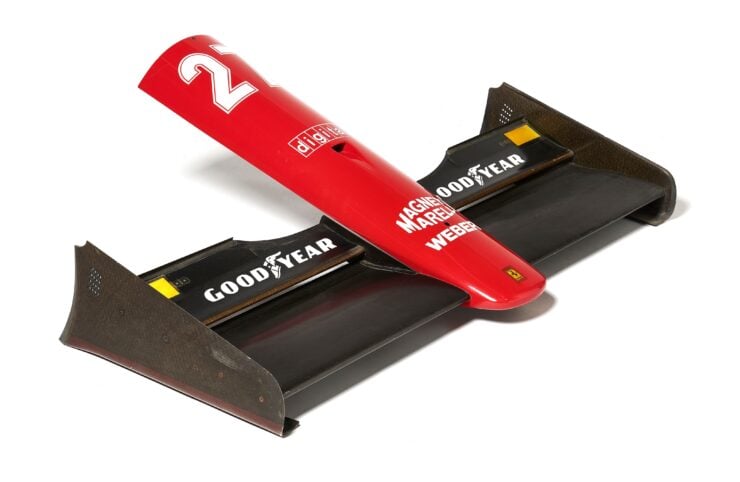 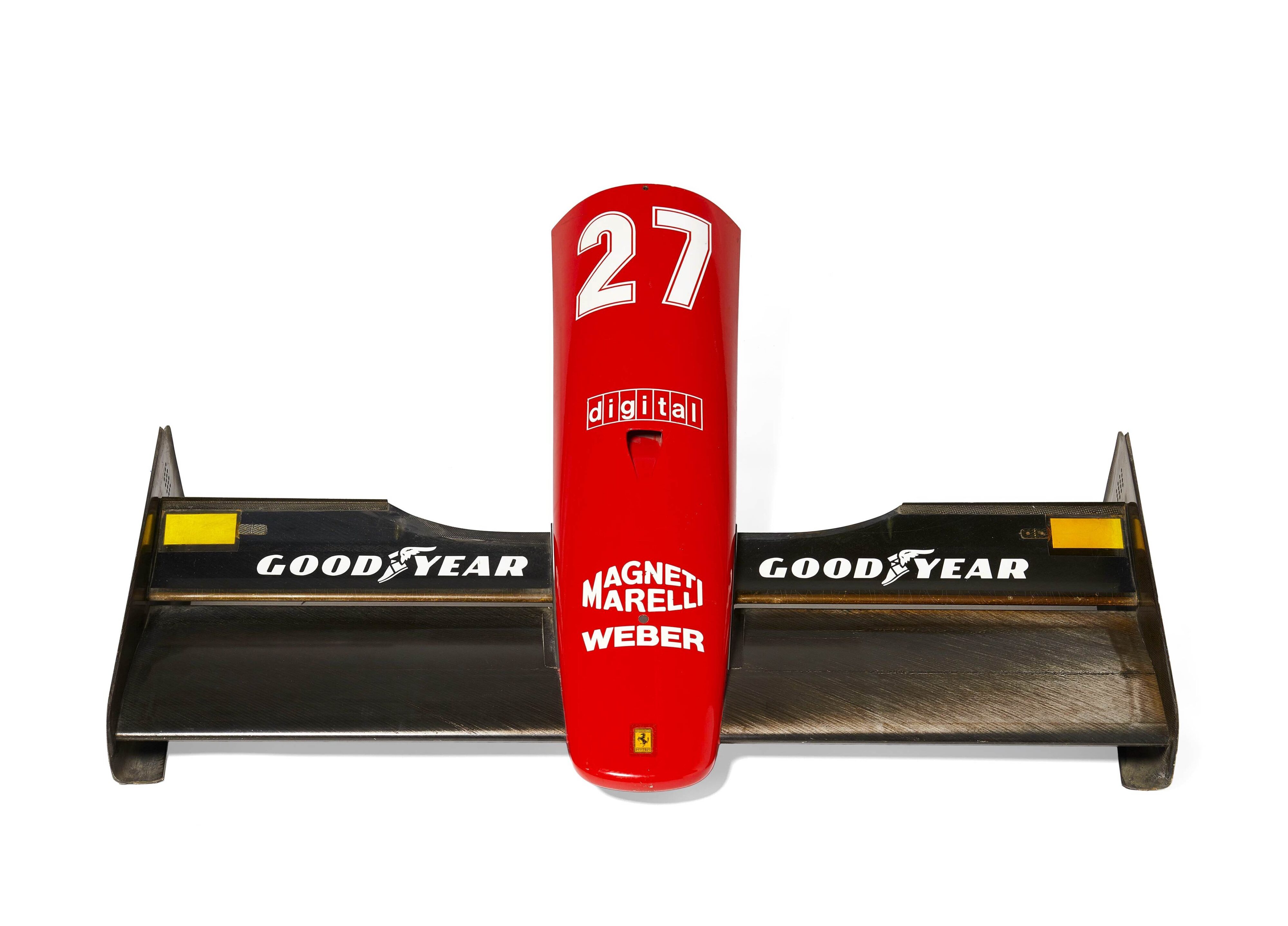