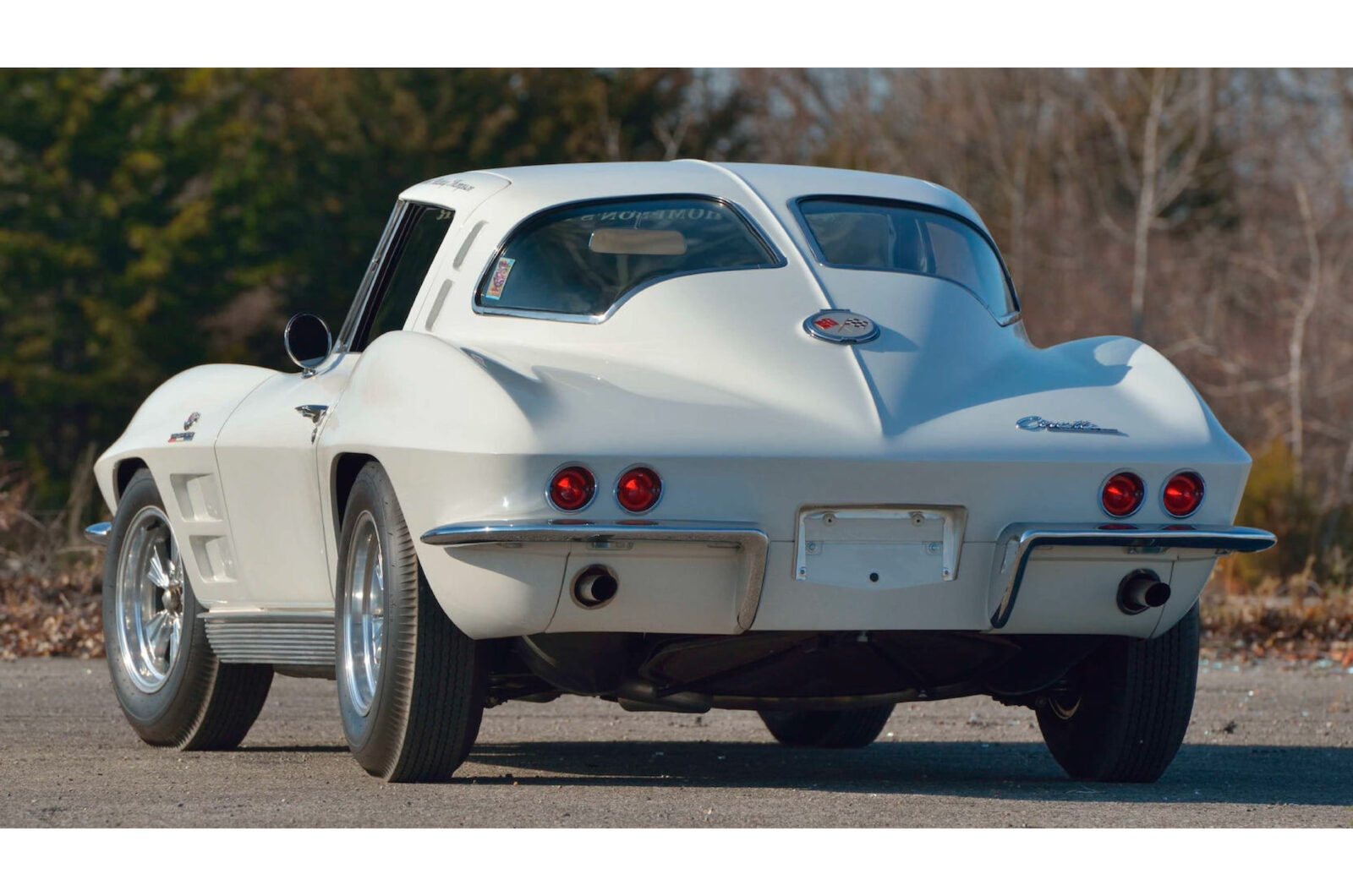 For this significant financial outlay Chevrolet would build you a lighting-fast Corvette with a cavernous 36.5 gallon (138.16 litre) fuel tank, this led to the cars being nicknamed “tankers” and the moniker is still in use today almost 60 years later.

Early in 1963 Chevrolet only offered the Z06 package on the coupe version of the Corvette, later in the year they would also offer it on the convertible – however the convertibles didn’t get the larger fuel tank as part of the package and had to make do with the standard 20 gallons of fuel.

When ordering your 1963 Chevrolet Corvette Z06 the dealer would explain to you that it was going to come ready to win races, with a Rochester fuel-injected 327 cu. in. L84 V8 turning out 360 hp. This engine was mated to a close-ratio 4-speed Borg-Warner T-10 manual transmission which sent power back to the Positraction rear end with 3.70:1 gearing. 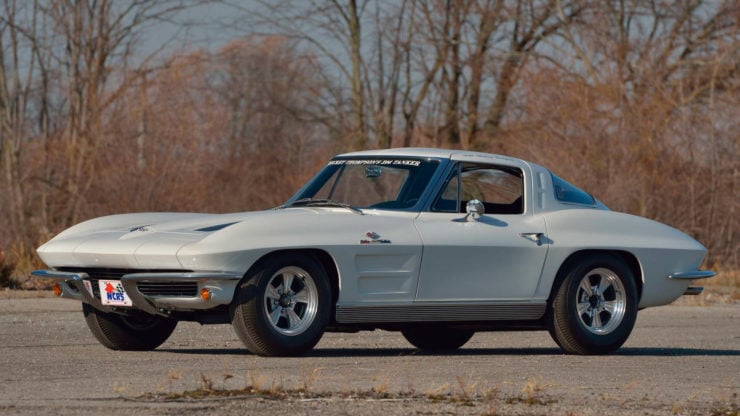 Chevrolet still fitted the car with drum brakes front and rear despite the fact that discs had been catching on with other manufacturers for a few years by this time. In order to better compete with discs they used large 11.2 inch finned drums both front and rear with ample venting, sintered metal brake pads, and a dual-circuit master cylinder.

Suspension was similarly race-focussed – the stock suspension was replaced with heavy duty suspension that consisted of firmer shock absorbers, stiffer springs front and back, and a thicker anti-sway bar up front.

Possibly due the fact that the Z06 cost added almost 50% to the price of the car it wasn’t a wildly popular, frequently used by racers and few others. Just 199 would be built by the time the 1963 Corvette left production, and today they’re highly collectible – particularly in original condition.

The car you see here belonged to Marion “Mickey” Thompson, one of the most prolific speed and endurance record setters in American history. He started out in the world of hot rodding before getting into drag racing – a sport he would fundamentally change in just a few short years. Over the course of his remarkable life Mickey would have a huge impact on a variety of motorsports, an impact we still feel today. 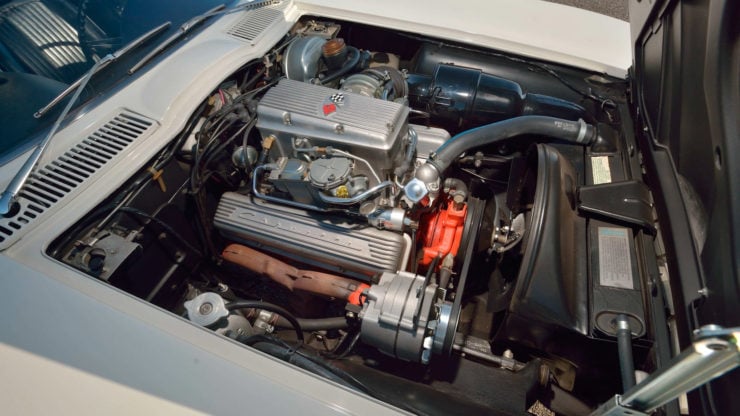 Mickey used this vehicle as the “Sears/Allstate Tire Test Car” and it was researched, confirmed, and documented to be Thompson’s personal driver by Corvette expert David Burroughs’ 24 page “Prove It” report.

The car was used as the advertising model for Mickey Thompson mag wheels early in its life and in more recent years it has won a slew of awards including NCRS Special Interest Display awards in 2003, 1998, and 1997. It was also displayed at the National Corvette Museum for one and a half years, it was in America’s Dream Corvette 60th Anniversary display and it won the Hot Rod Power Festival Award of Excellence.

If you’d like to read more about the car or register to bid you can click here to visit the listing on Mecum. It’s due to cross the auction block in January and at the time of writing there’s no hammer price estimate listed. 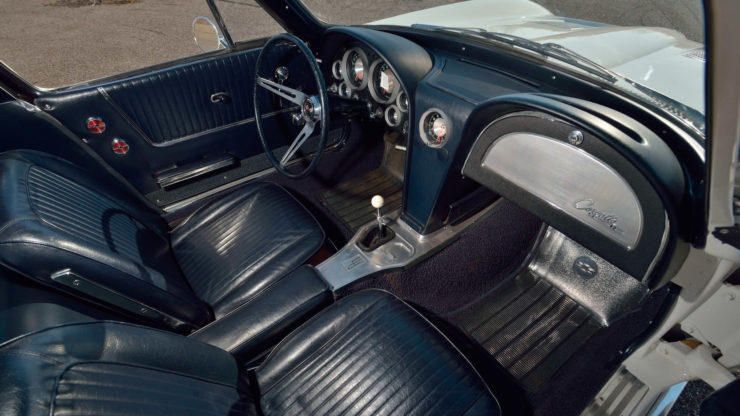 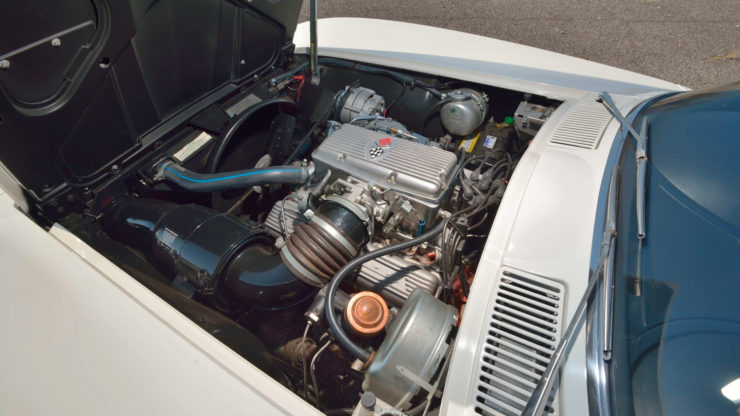 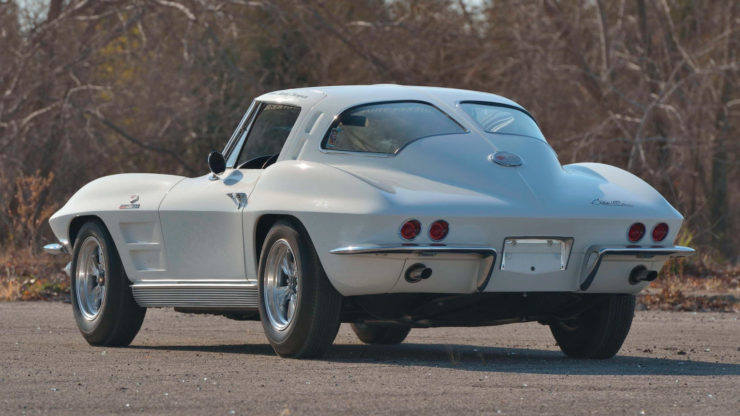 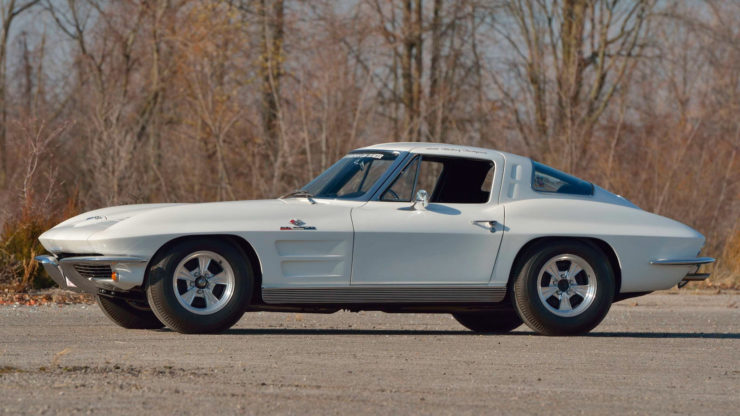 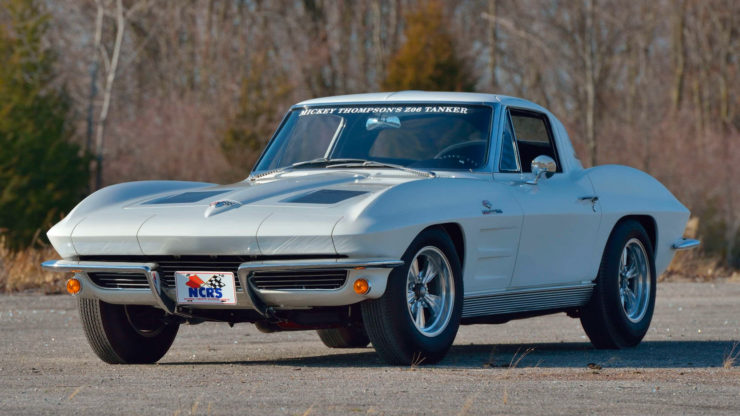 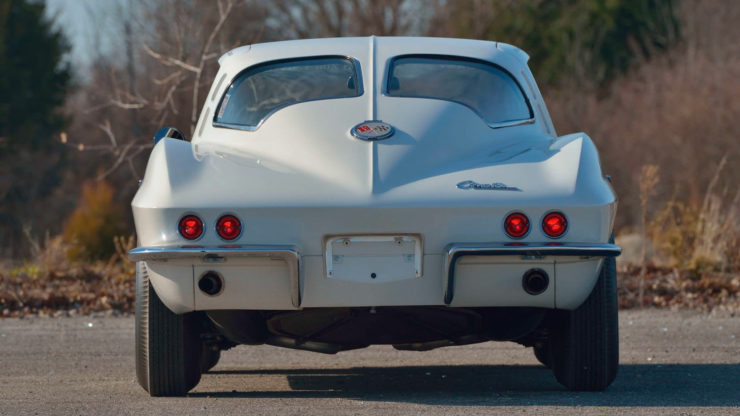 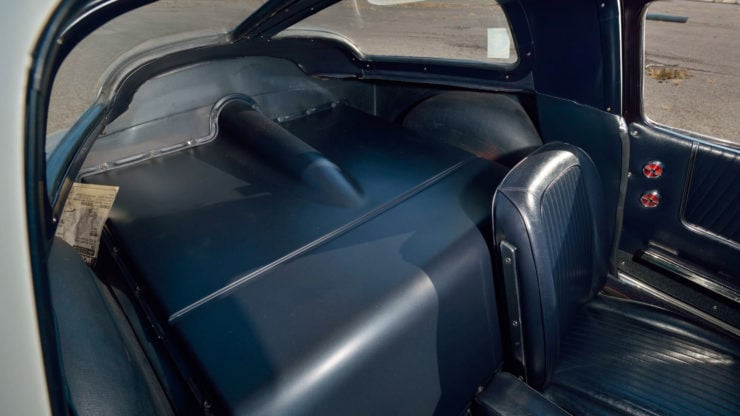 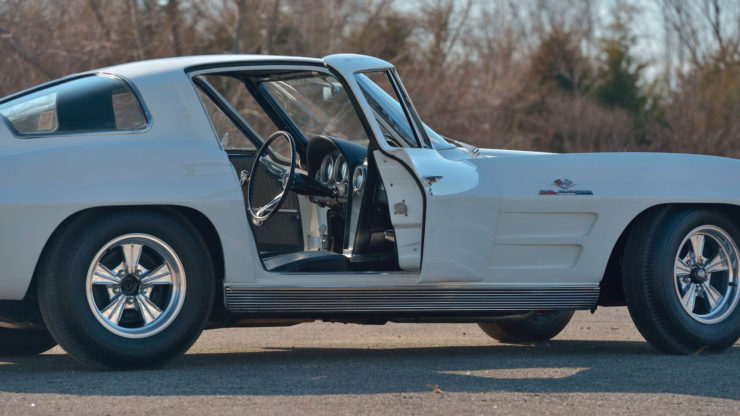 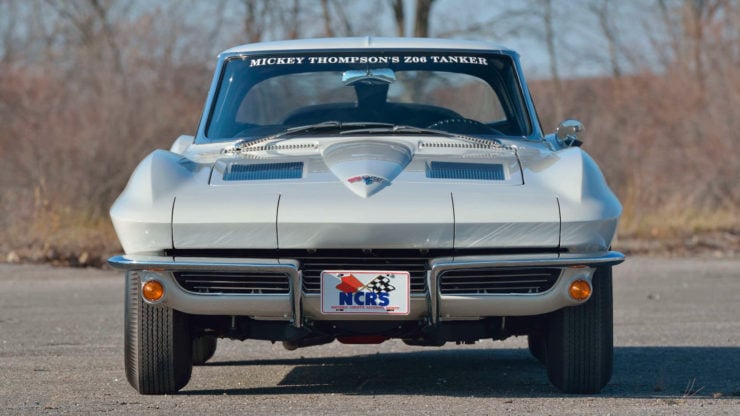 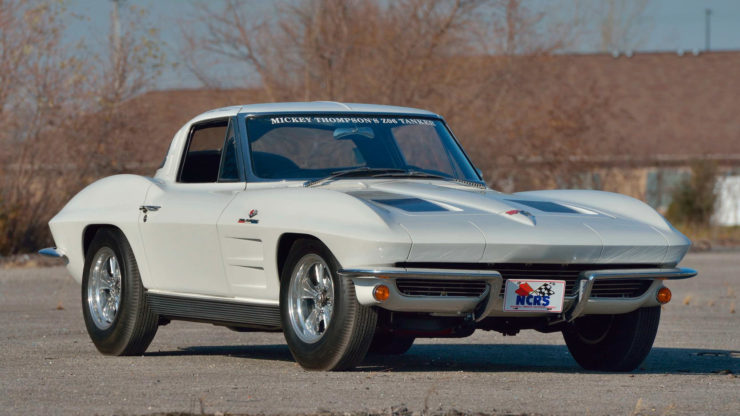 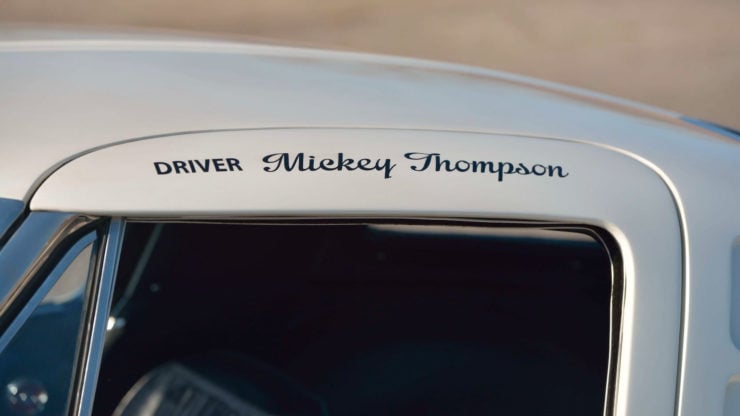 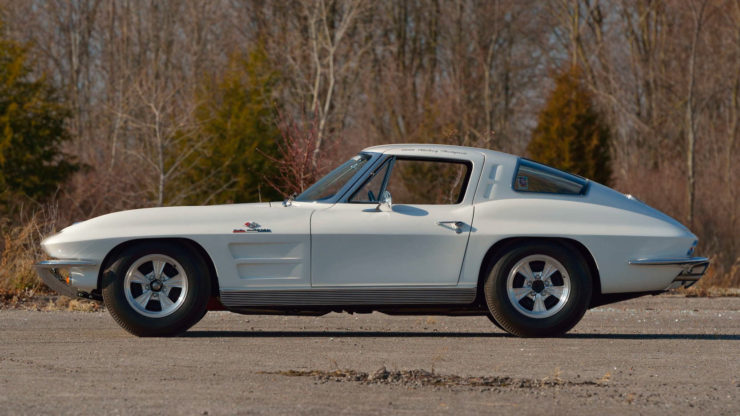 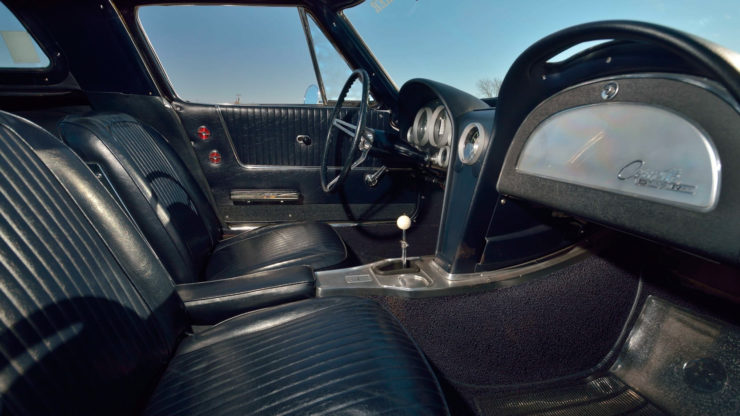 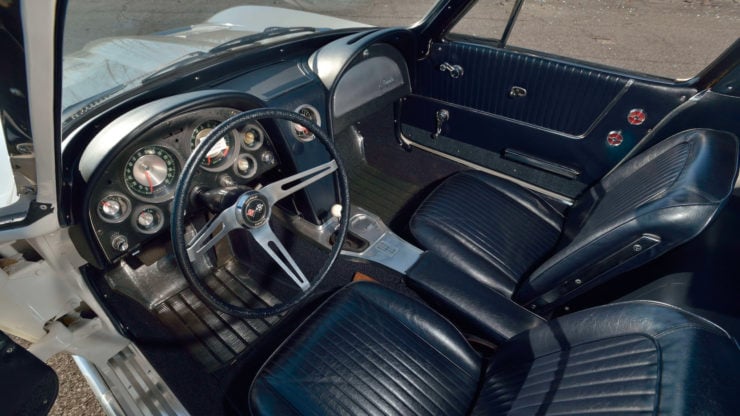 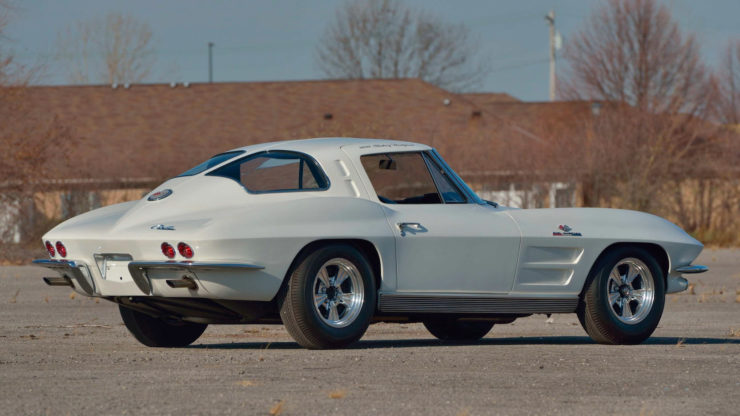 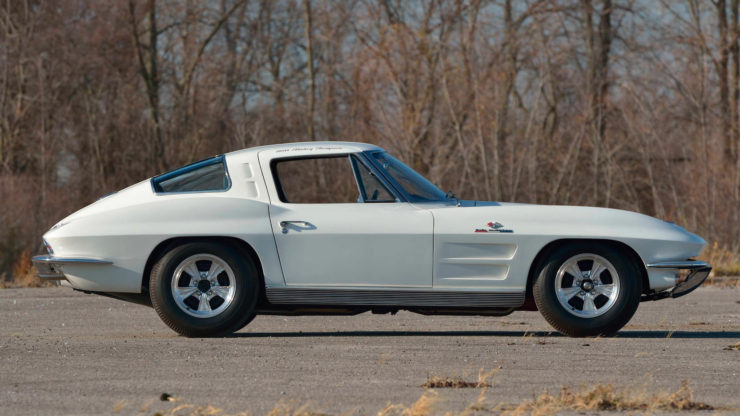