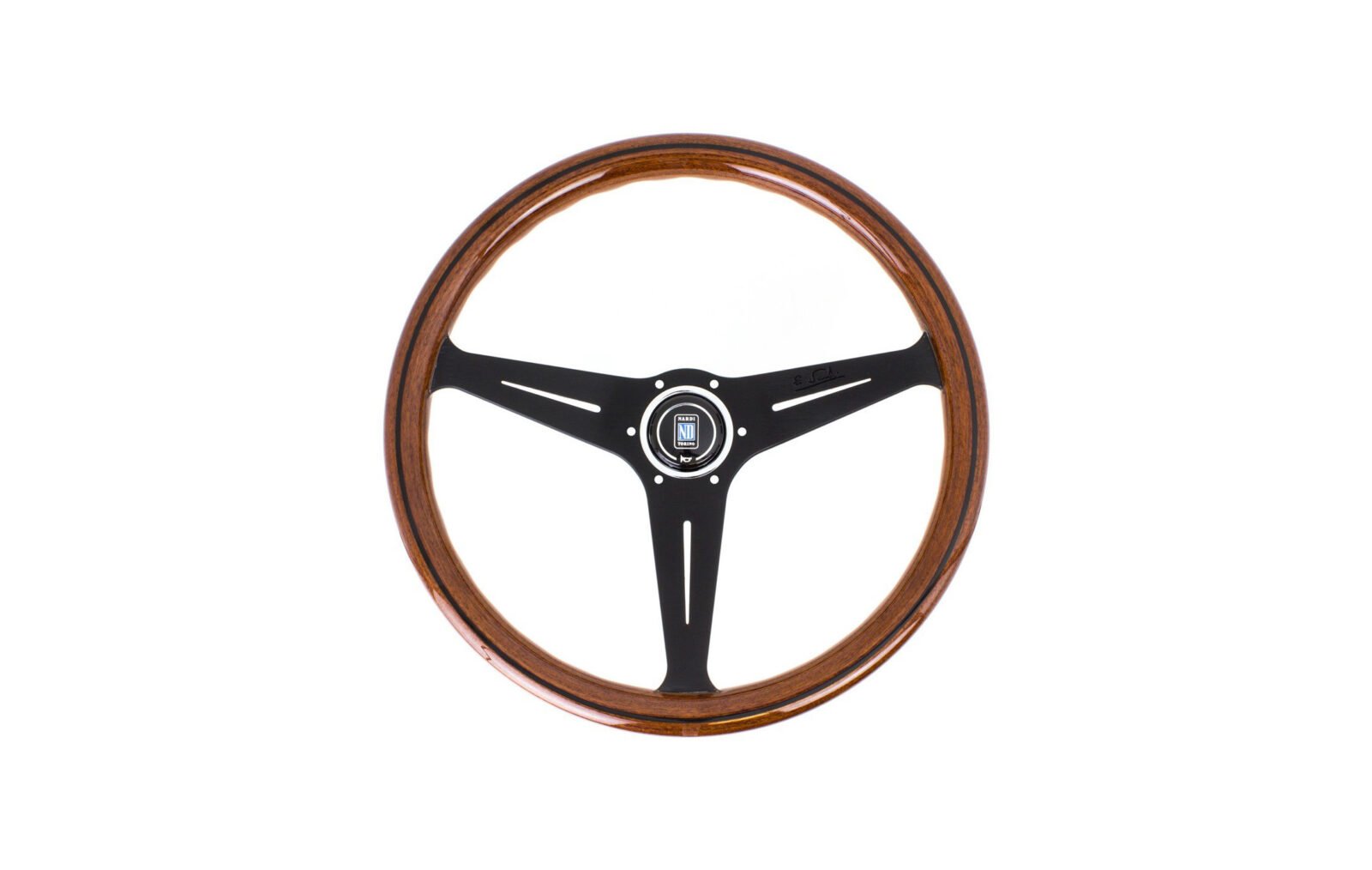 The Nardi Classic Steering Wheel is a design that’s immediately recognizable to anyone with an interest in vintage motoring, Nardi wheels have been used extensively in Ferraris dating back to the 1950s, they’ve also graced the steering columns of cars from Lancia, Audi, Maserati, Lamborghini, Rolls Royce, Jaguar, Lotus, TVR, McLaren, Volkswagen, Abarth, and BMW.

Enrico Nardi has a fascinating backstory, and although he’s most famous for his steering wheels, he was an accomplished racing driver himself – competing in the Mille Miglia in 1935, 1936, 1937, 1938, and 1940. He started his career at Lancia but would eventually become Enzo Ferrari’s first test driver – due to his abilities both as a driver and an engineer.

Although Nardi would make a name for himself designing, manufacturing and selling all manner of performance parts for racing and road cars, his steering wheels are undoubtably his greatest achievement. Racing drivers often extoll the virtues of his wheels, they have thicker rims than normal for better grip and reduced hand-fatigue. The aluminum-alloy frame is lightweight and provides excellent rigidity, and the wooden rims are typically made from either Walnut or African Mahogany.

The Nardi Classic Steering Wheel shown here is offered with a black-finished aluminum frame that keeps the styling of the classic design but adds a slight modern twist. Sizes are available from 390mm, 360mm, 340mm, and 330mm, and you can also order the wheel with the more traditional raw aluminum finish. 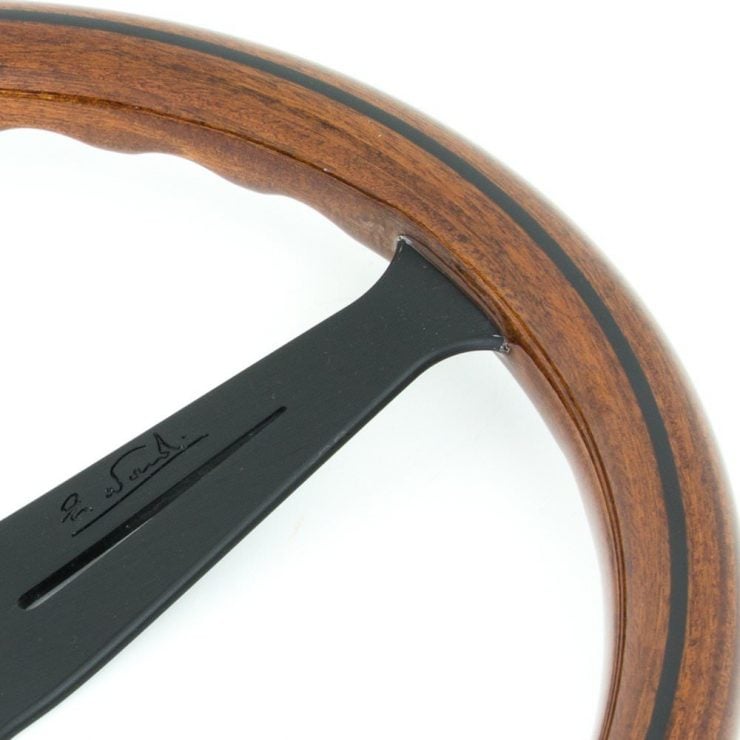 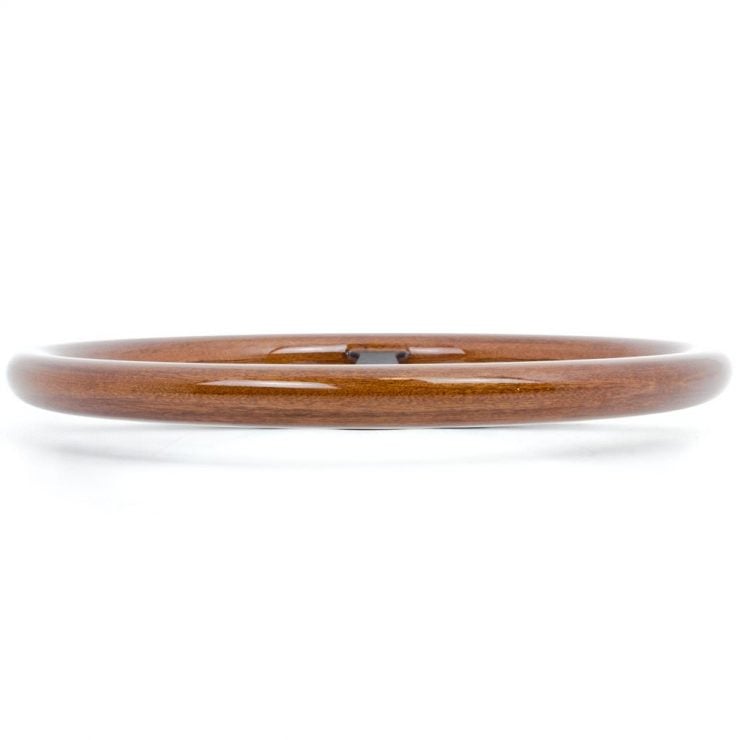 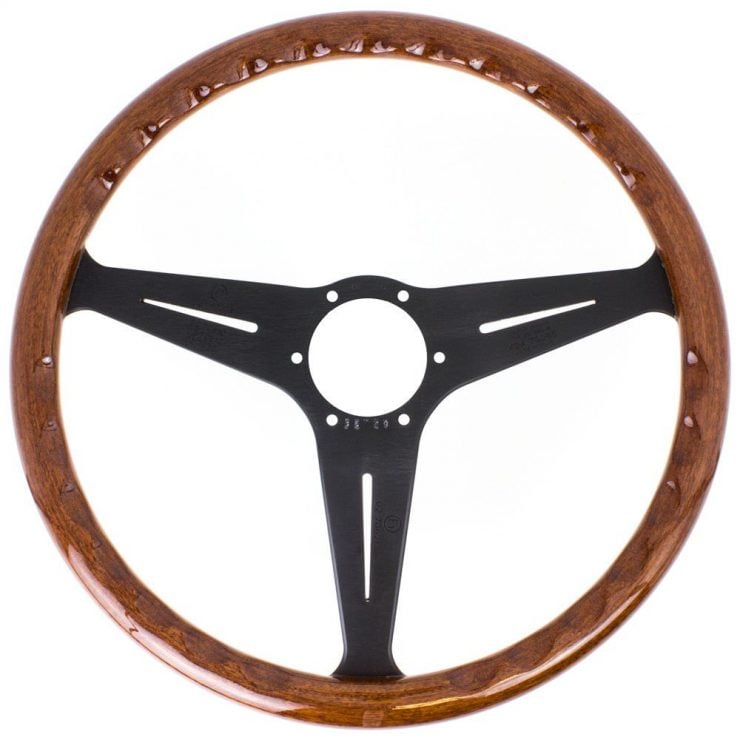 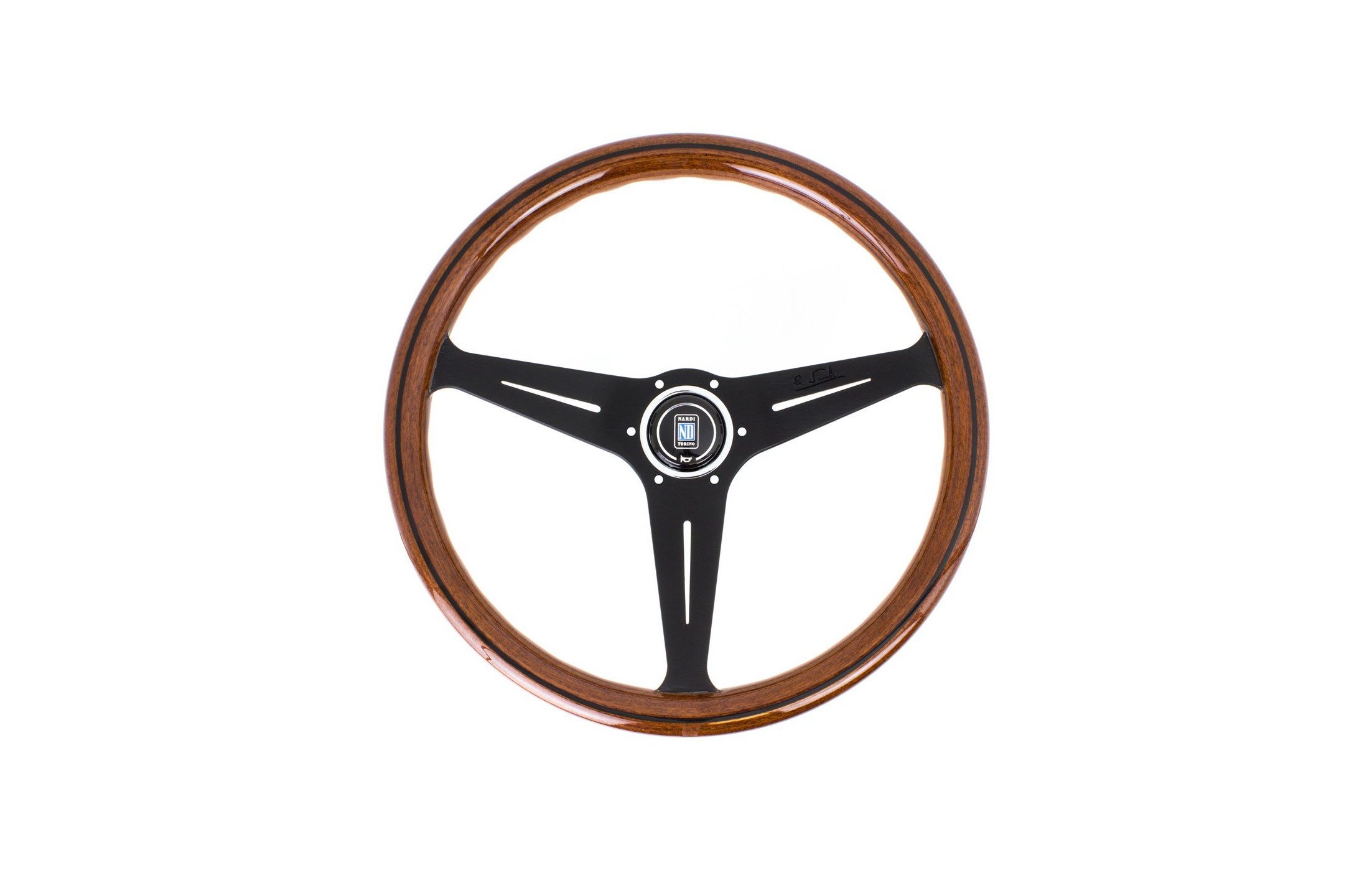