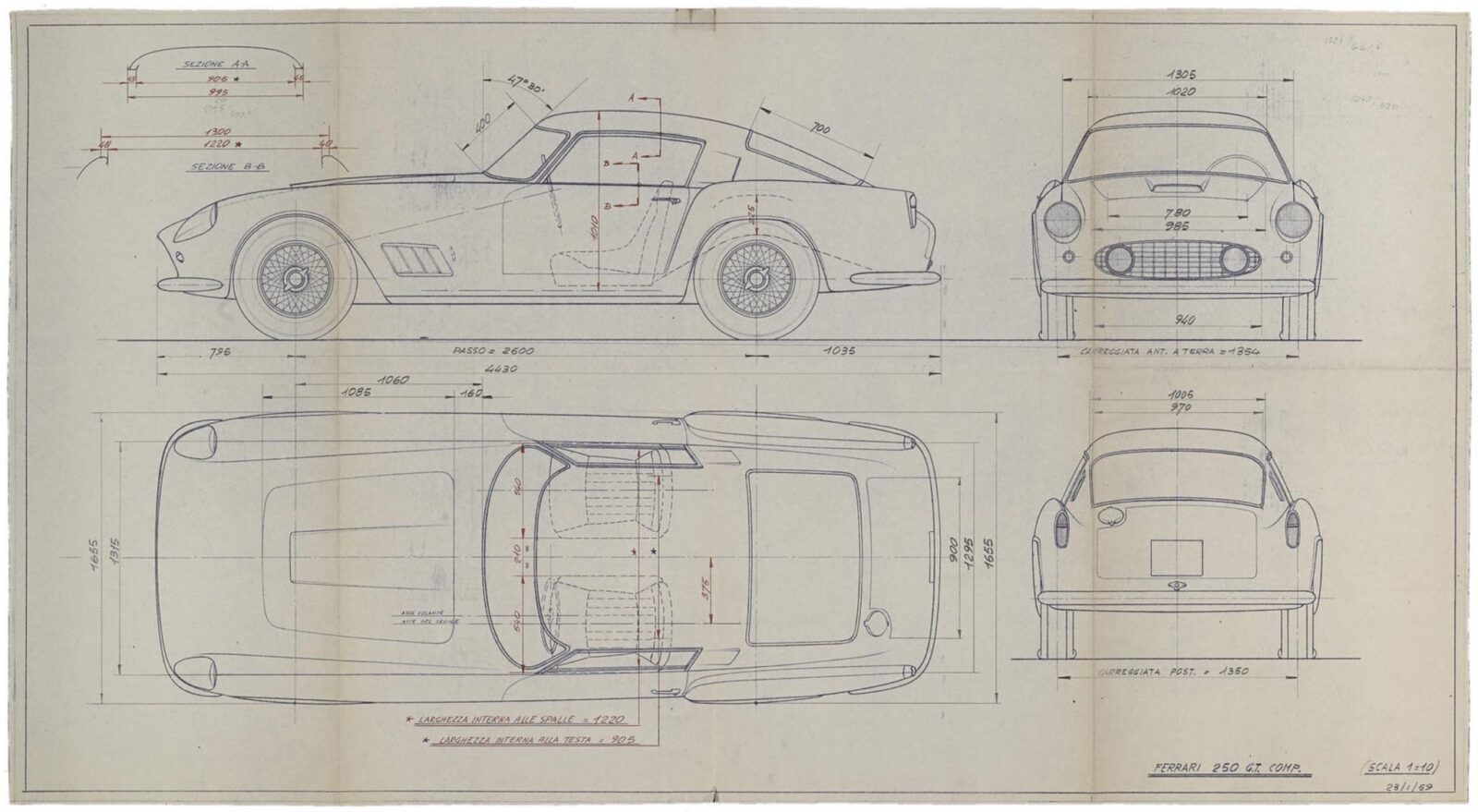 This set of three Ferrari blueprints are due to sell (individually) at the Amelia Island Auction on the 12th of March 2015, although not cheap, they’re not quite as out of reach as you might imagine – each one is estimated to be worth between $1,800 and $2,200 USD.

In order from top to bottom, the blueprints show:

If you’d like to add one or all of these to your walls you’ll need to click here to visit Bonhams and register to bid. If you’d like to take a closer look at the blueprints, click any of the images below to load the full-size version. 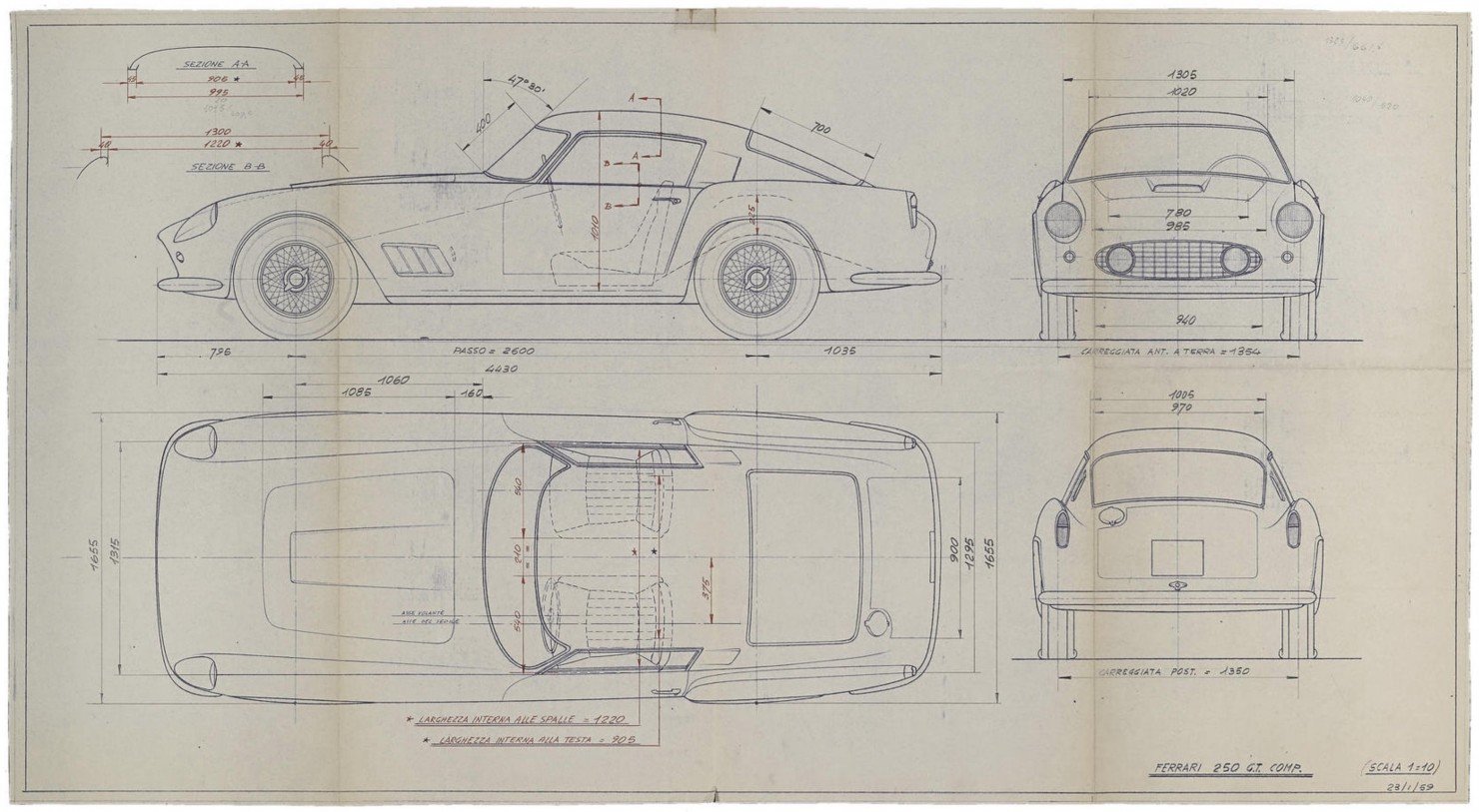