The Ercoupe was a revolutionary aircraft that was first flown in 1937. It featured a pioneering design with tricycle landing gear, twin rudders positioned outside the propeller wash, full length ailerons, a steerable nose wheel, and carefully limited up-elevator deflection to avoid stalls and spins. Multiple generations of the aircraft were manufactured by a series of different manufacturers, starting in 1940 as the ERCO Ercoupe and finishing as the Mooney M-10 in 1969.

The Ercoupe (pronounced “err coop”) was developed as an aircraft for everyone and as such it was designed to be as hard to stall and spin as possible, and the traditional rudder pedals were left out in favour of a car-like steering wheel that is used to control the elevators, ailerons, and rudders.

Many Ercoupes were sold through traditional department stores, and it was one of the first planes that could be bought on finance. Many thousands were sold in the United States and in the years since they’ve spread around the world. The lack of pedals made the Ercoupe ideal for pilots with disabilities, and over the years it’s been flown by many people who are paralysed from the waist down, as well as amputees and those born with deformities. 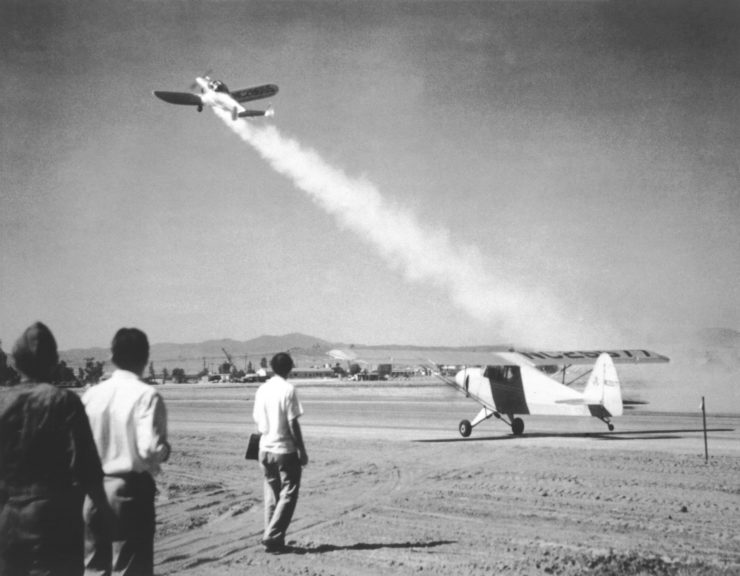 Above Image: An Ercoupe makes the first ever rocket-assisted take off in 1941.

The original design of the Ercoupe was based on the 1931 Stout Skycar, it was developed by aeronautical engineer Fred Weick and his team at NACA, the National Advisory Committee for Aeronautics, which was an early precursor to NASA. Interestingly an Ercoupe would be the first aircraft to make a rocket-assisted take off, which it did with Captain Homer Boushey at the controls on the 12th of August 1941.

I won’t dive into too much detail here as the above documentary covers it all with excellent attention to detail, suffice to say this is a fascinating aircraft that had a large impact on the design of planes for WWII and beyond.

Interestingly there are still many Ercoupes (and their descendants) flying, and good examples can be bought in the United States for as little as $25,000+ USD. Of course much care needs to be taken when buying or flying vintage aircraft, but there is a large global community flying aircraft from this era, and there is ample dedication to keeping them airworthy and airborne.

Read more about the history of the Ercoupe here via the excellent Wikipedia article. 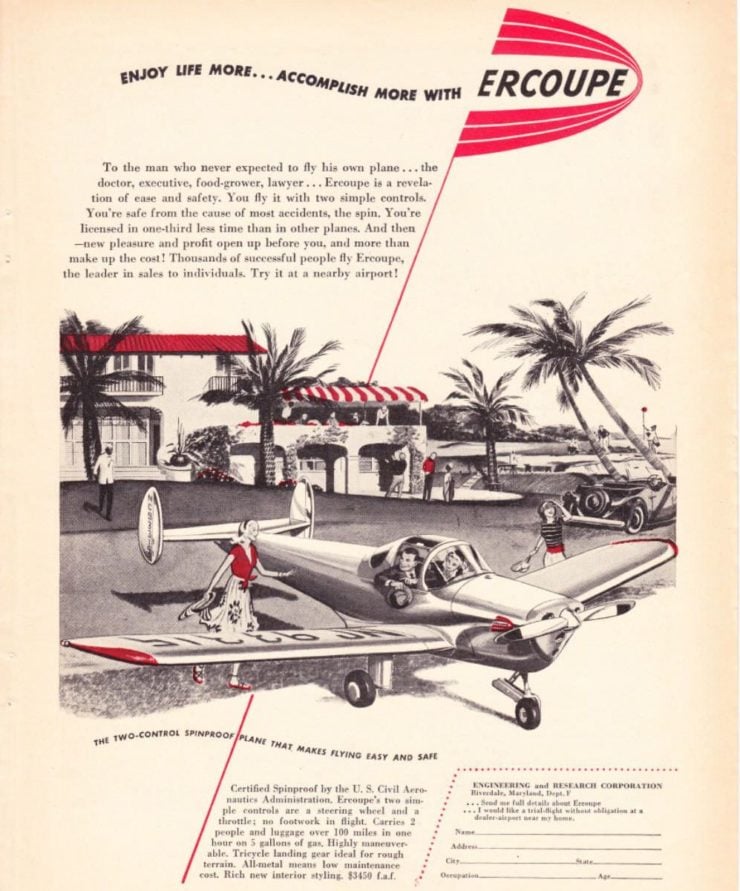 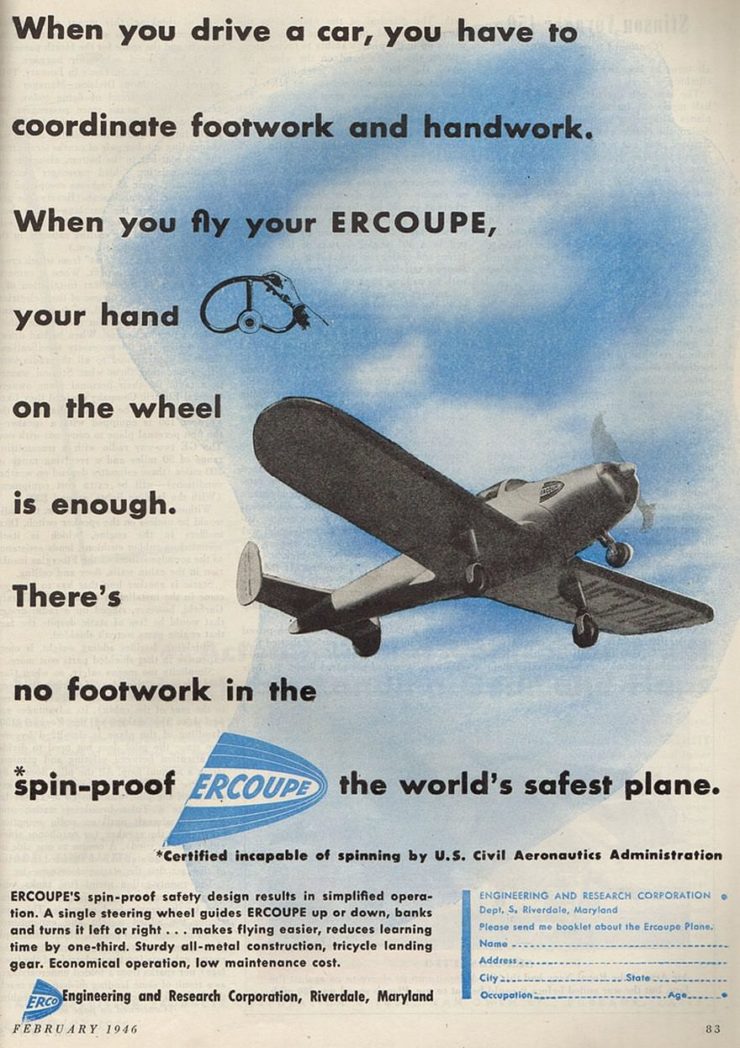 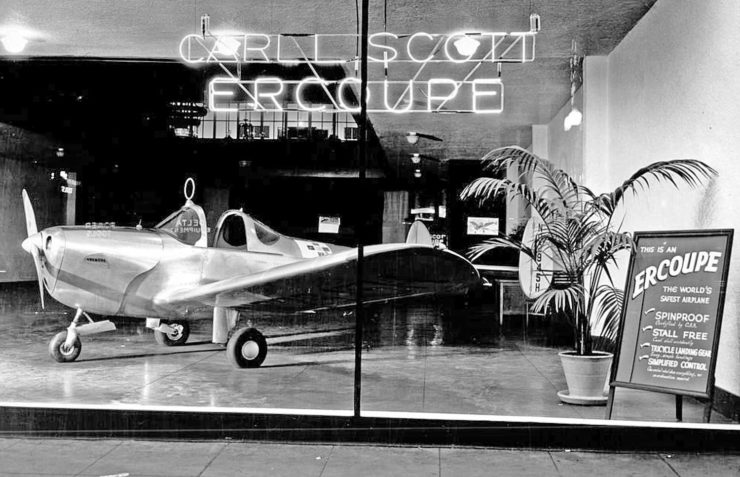 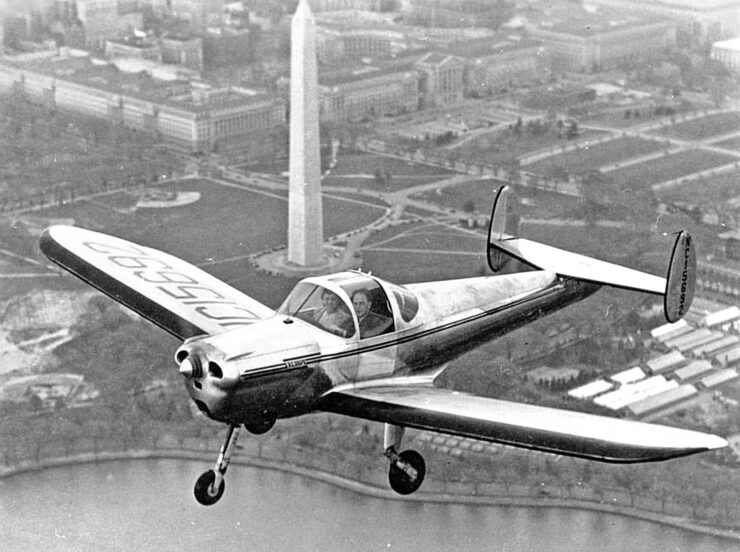 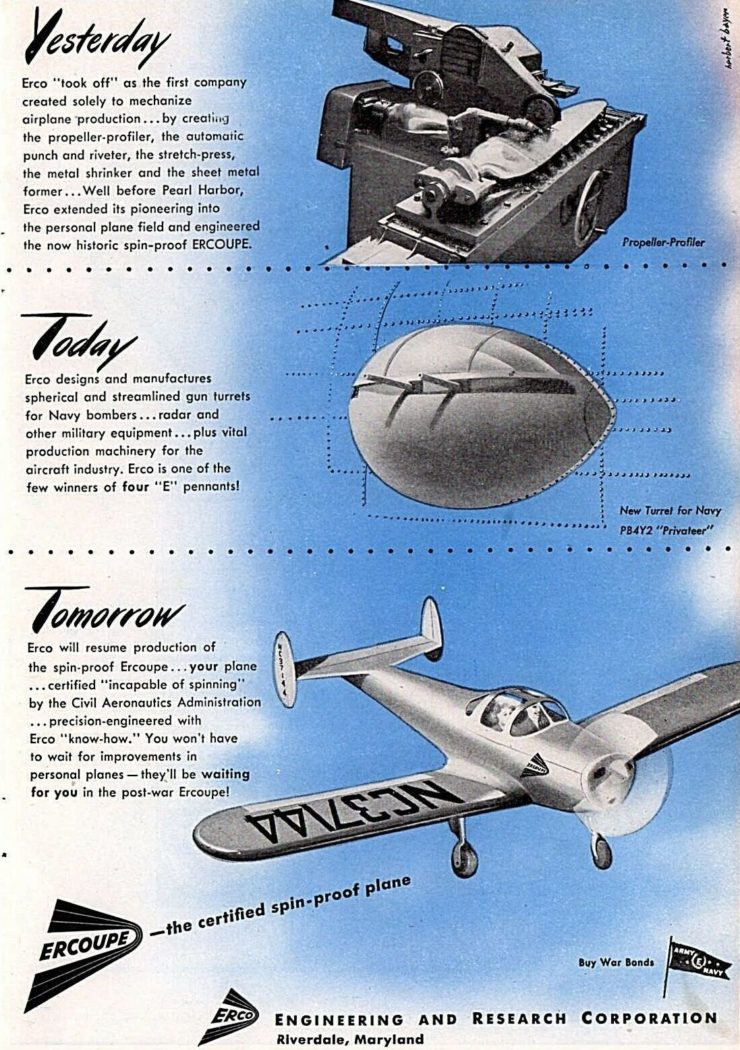 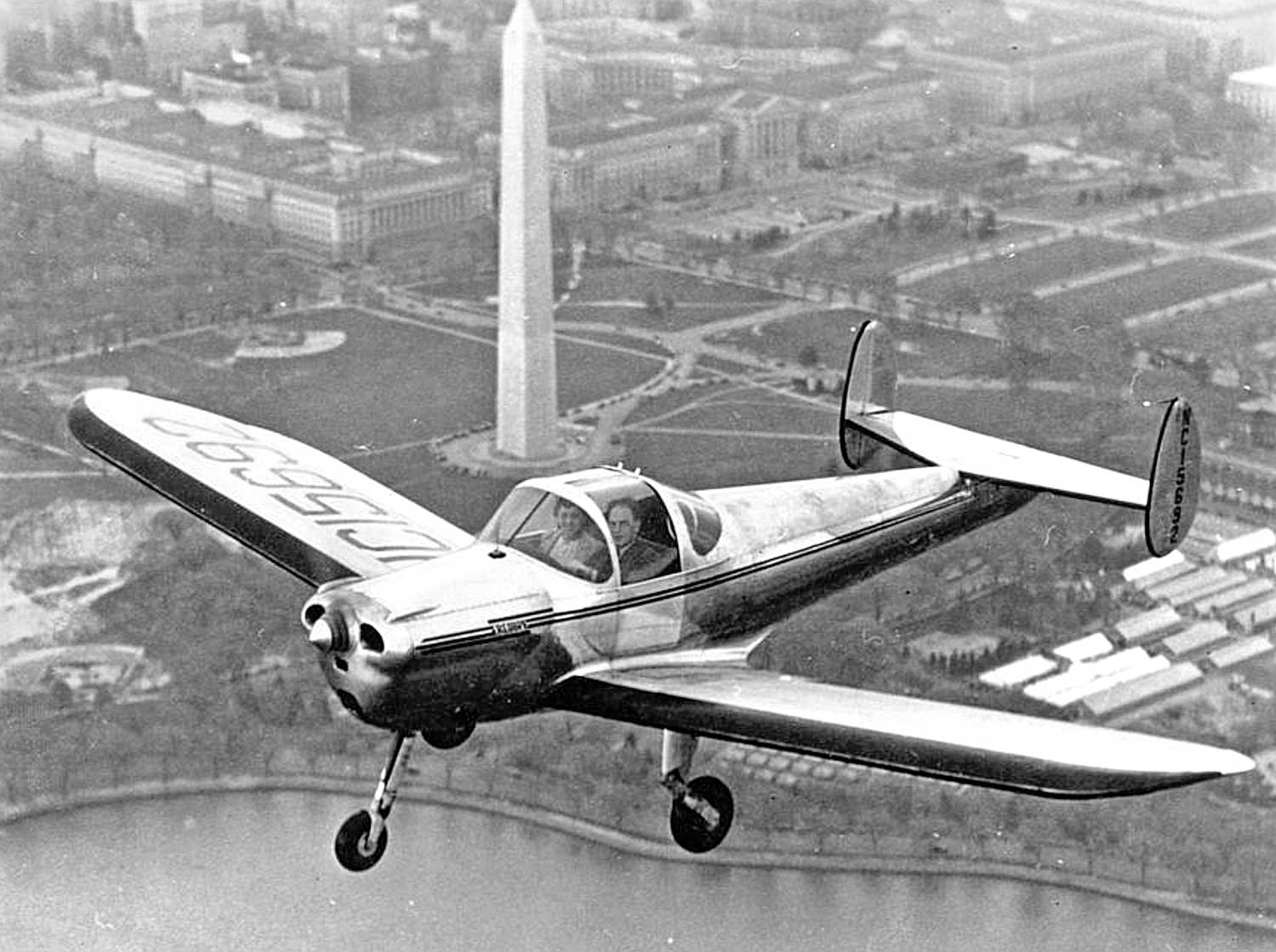