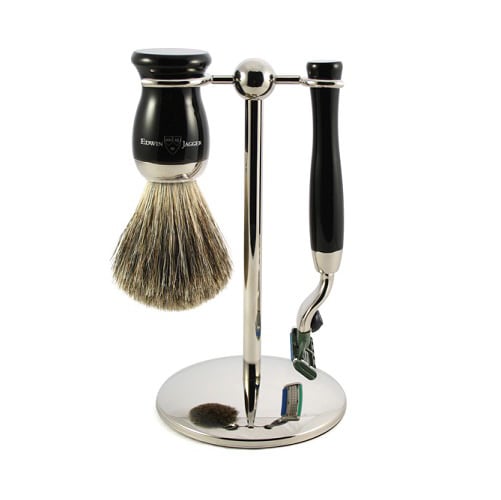 Shaving is one of those things that all men do, but some do better than others.

This 3-piece set by Edwin Jagger looks for all the world like the kind of shaving gear you’d find in Sinatra’s backstage dressing room, it takes standard Gillette Mach 3 blades (making replacement blades easy to find) and that brush is made using 100% pure badger hair. Plastic razors and canned spray foam be damned.