The eCub 2 – A Retro Electric Motorcycle by Shanghai Customs 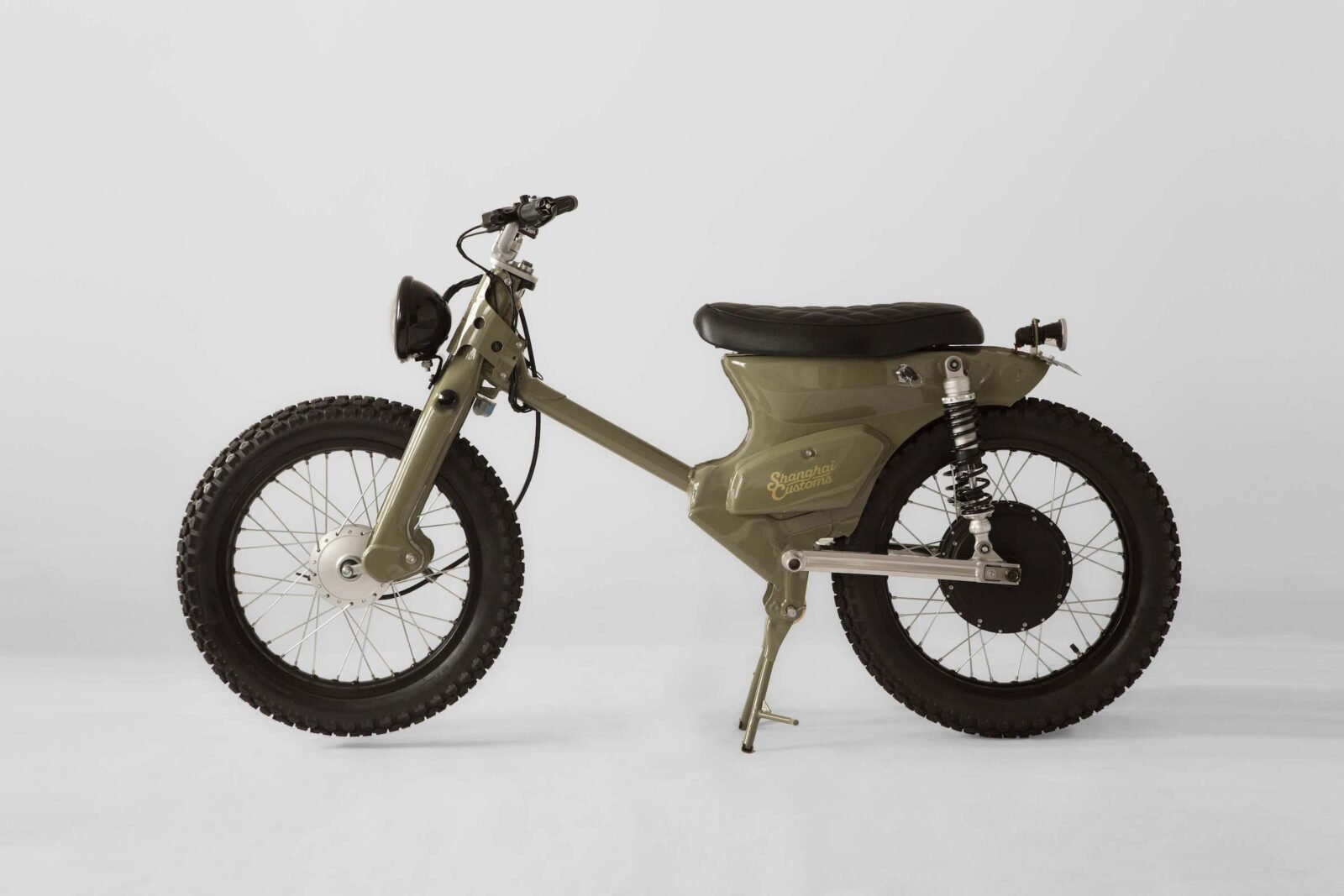 The eCub 2 is a retro electric motorcycle from the international team at Shanghai Customs, it combines the much loved Honda Super Cub chassis with an all-electric drivetrain including a 1000 Watt electric motor in the rear wheel hub, and a bespoke removable battery pack made up of Panasonic 3.7v 3.400 mAh lithium-ion 18650 cells.

The Takeover Of Electric Motorcycles In China

Love them or hate them, electric motorcycles are here to stay. They represent one of the fastest growing sectors of the global motorcycle market, particularly in the developing world. The benefits of electric power are significant – though the major drawback for most people is range.

In recent years China has largely banned the formerly ubiquitous internal combustion motorcycle/scooter from most of their large city centers. The pollution caused by millions of motorcycles each day was immense, compounded by the fact that many of them were two-strokes or poorly maintained four-strokes.

The switch from petrol to electric two-wheeled transportation was neck-snappingly rapid, many of these new electric motorcycles and bicycles were little more than regular bikes with a lead acid battery and a small hub motor. More advanced electric bikes, scooters, and motorcycles are being released each year – featuring lithium-ion batteries, more powerful electric motors, and much improved fit and finish. 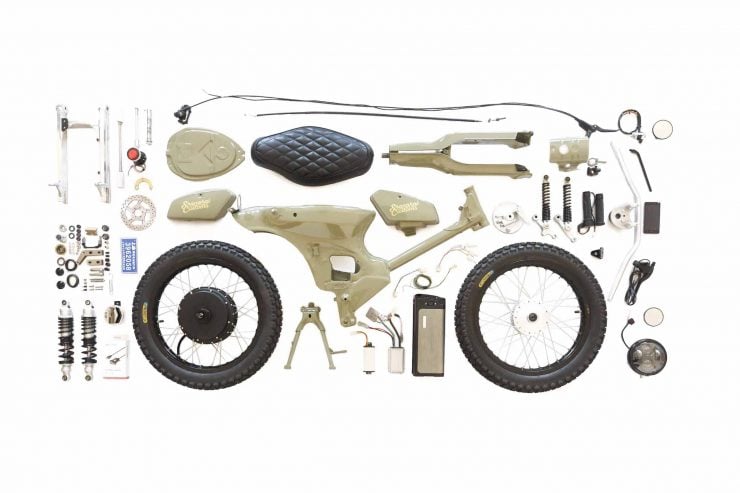 Shanghai Customs (a wholly foreign-owned Chinese enterprise (WOFE)) have been developing their Cub-based electric motorcycle for the past two years, and the example you see here is their production-ready eCub version 2.

Being based in Shanghai has proven to be a great benefit to the team of expats headed by New Zealander Matthew Waddick. It’s allowed them to rapidly prototype new designs and parts, work with high-end boutique factories, and monitor quality and production. Every member of the team is fluent in Mandarin.

As the market in China and around the world for electric motorcycles has continued to develop there’s been an increasing demand for more luxurious and better looking models. Shanghai Customs are leading the charge in China for those who want a daily rideable electric motorcycle that doesn’t look like a mountain bike with a laptop battery bolted to the rear tray.

The Honda Super Cub is a motorcycle that needs no introduction – it’s the most prolifically produced motorized vehicle in history, and it’s been adopted nowhere more enthusiastically than China. 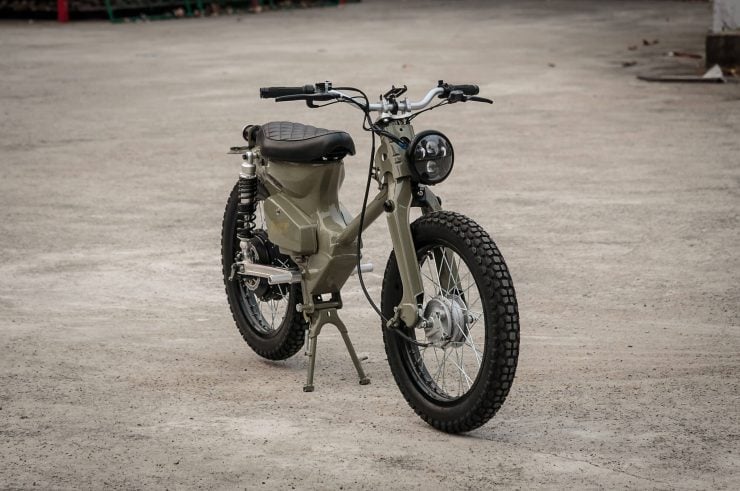 When developing the electric Honda eCub it was decided to embrace the iconic stamped steel construction of the Super Cub, and to forgo the plastic guards (and the petrol motor of course). A new aluminum swingarm was designed to allow the width of the electric motor in the rear hub, the aforementioned Panasonic lithium-ion battery pack was designed to slide in under the seat where it would be easily removable for owners to take it inside with them for charging.

A retro LED headlight was chosen for the front to provide ample light with minimal battery draw, and the electrics were all hidden inside the frame to keep the styling as clean as possible.

A pair of adjustable shocks were fitted in the back to allow riders to dial in the handling to suit their tastes, and the eCUB 2’s onboard systems such as top and low speed, torque, regenerative braking, sport, and eco modes, and even reverse mode are all controlled on your smartphone that can be mounted where the speedometer is traditionally located.

The eCub 2 has a typical range of 40 kilometers at 45 km/h, that’s with an 80 kilogram rider. The overwhelming majority of people have daily commutes well under 40 kilometers – meaning an electric motorcycle is a viable option, and owner’s will never spend another dime on fuel.

If you’d like to see more from Shanghai Customs are enquire after ordering your own eCUB 2 or eCUB conversion kit for your old petrol Cub you can get in touch with them through their website here or via social media below.

The eCUB is available in Shanghai from mid April and the conversion kits available soon after. 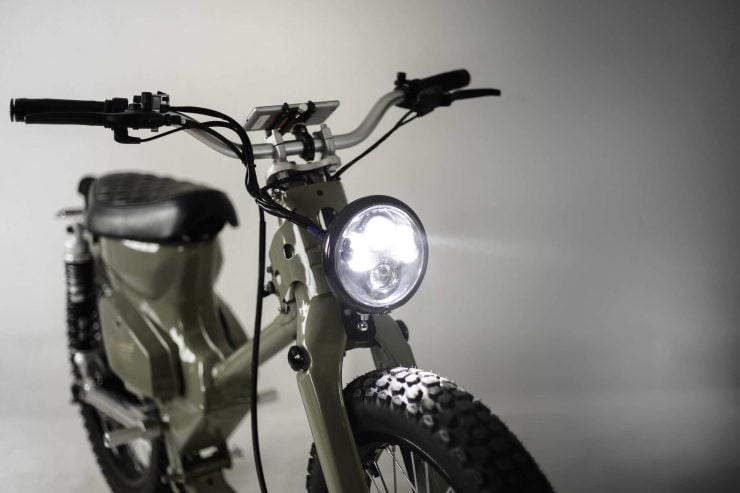 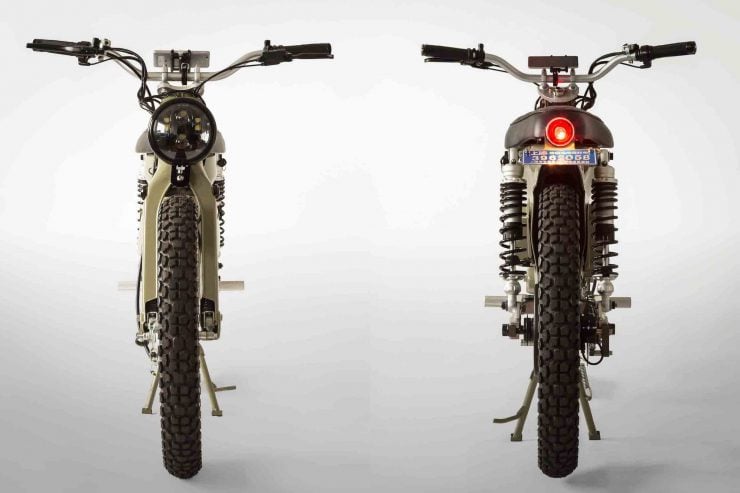 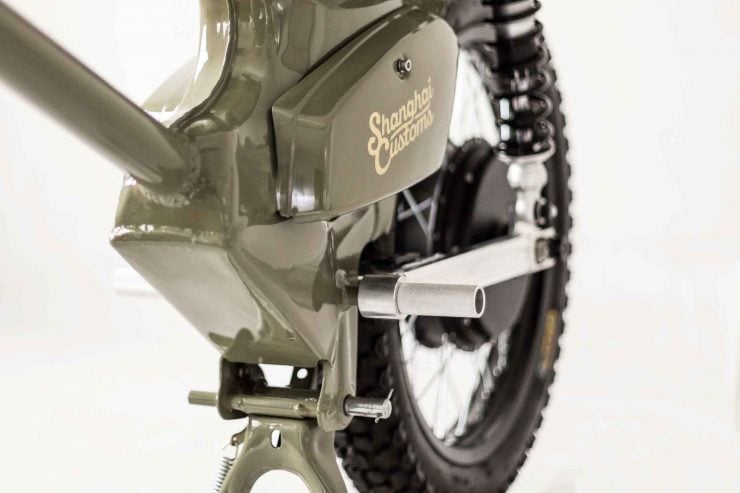 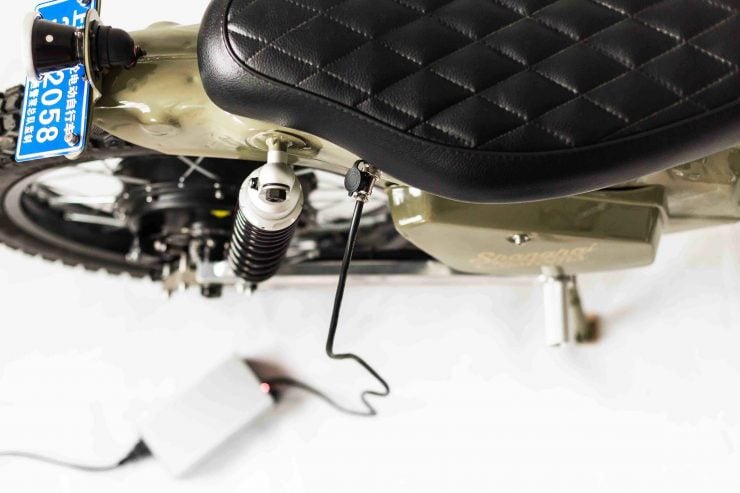 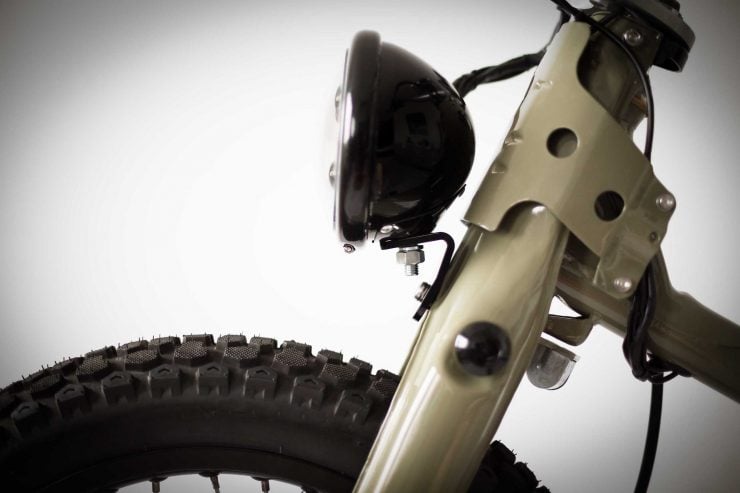 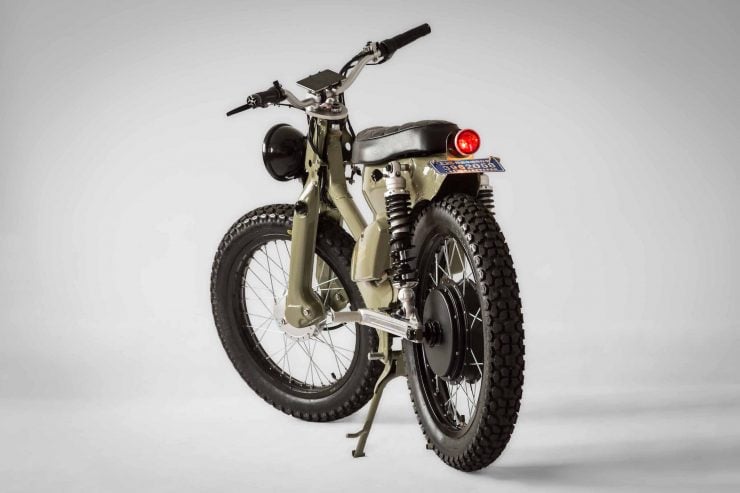 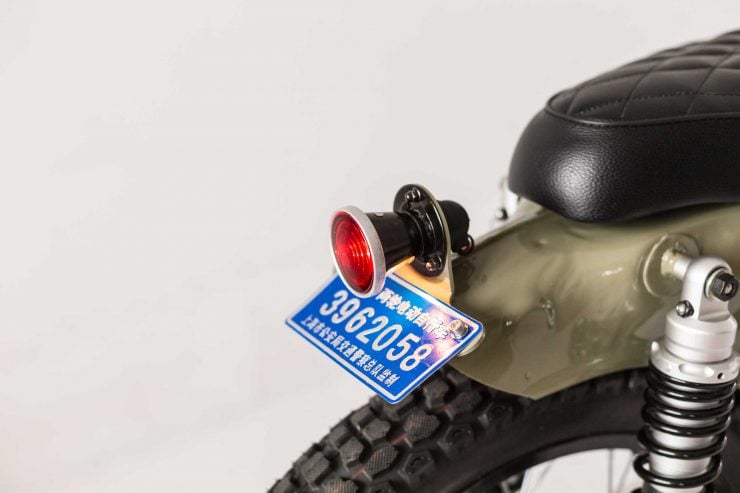 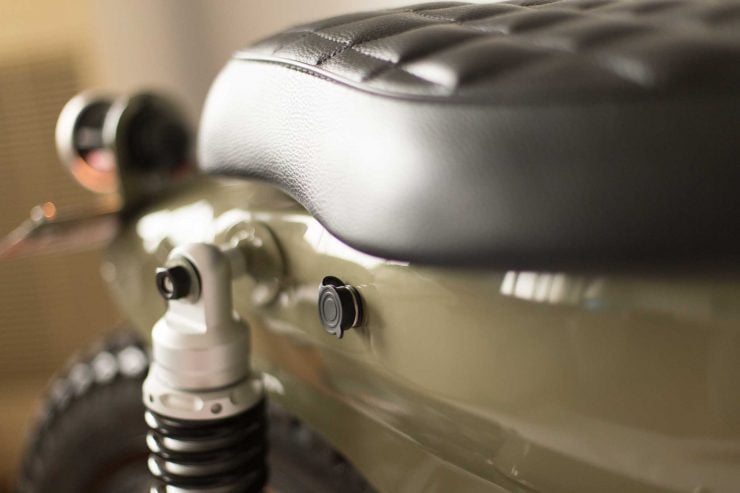 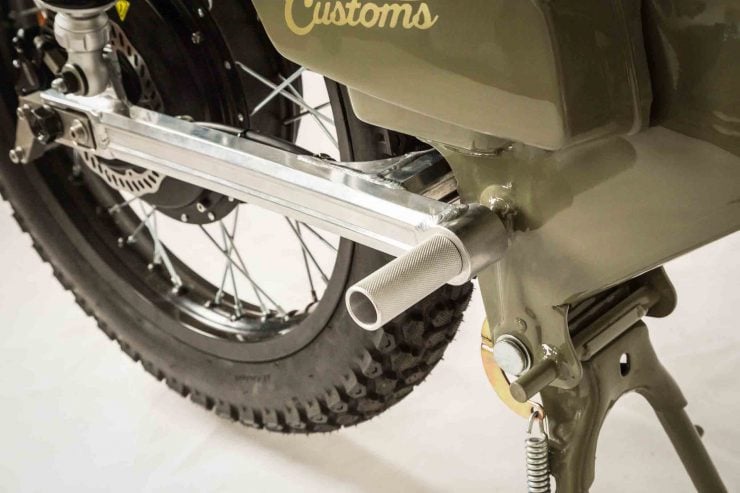 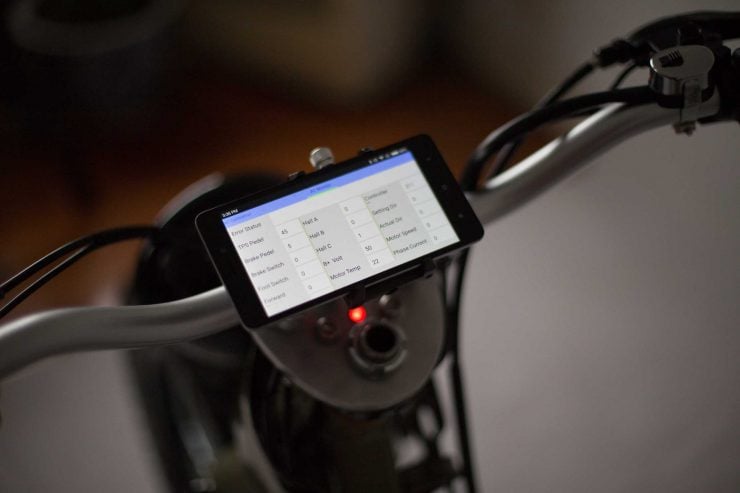 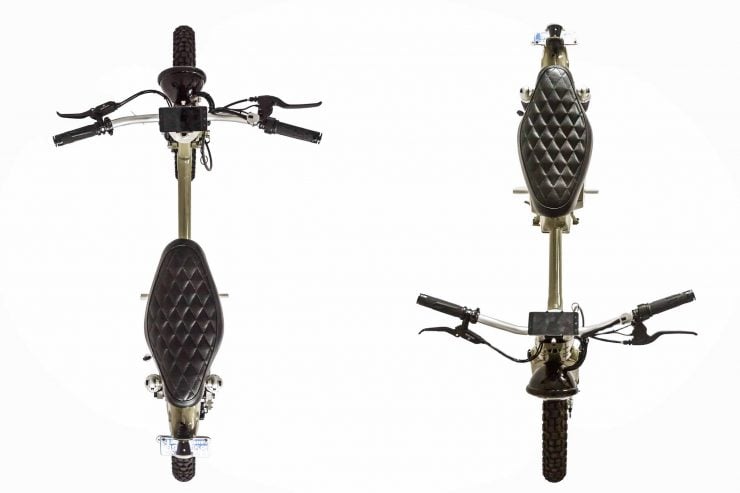 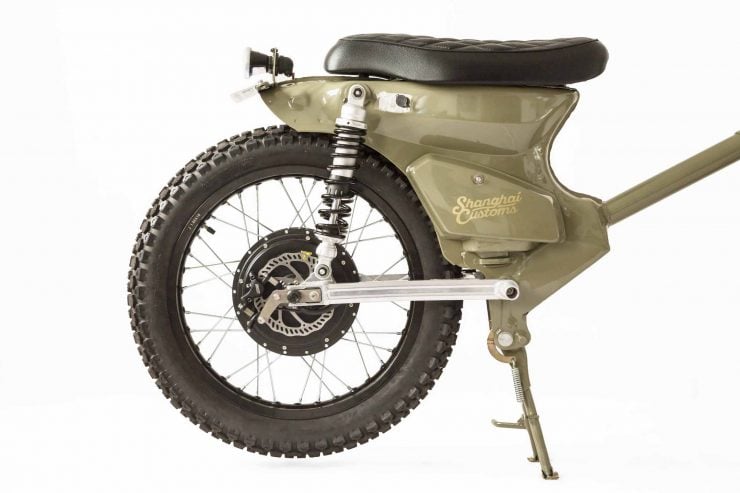 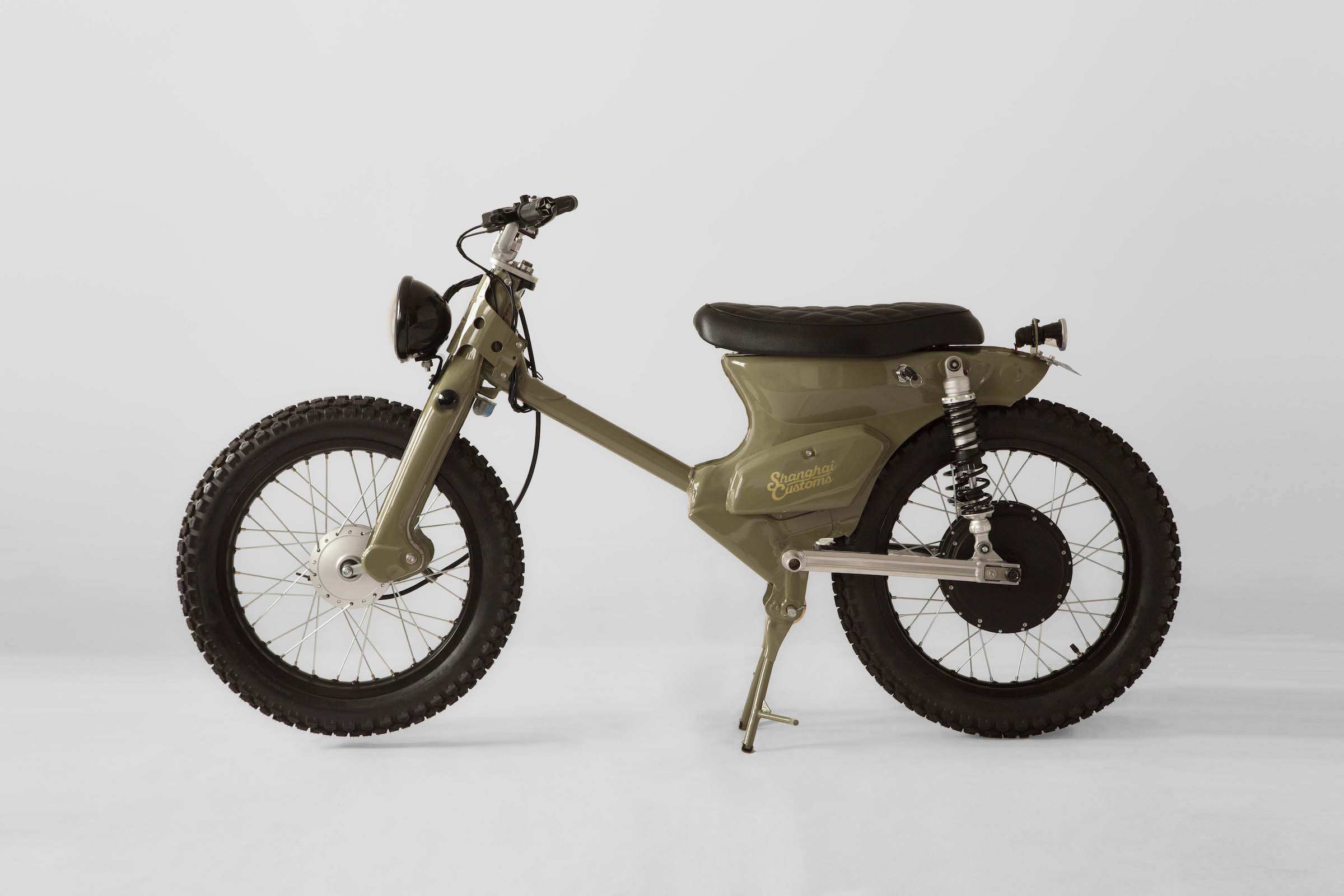 Published by Ben Branch - February 21st 2018
Related Posts
The Brockhouse Corgi: A Folding Motorcycle Based On A Design For WWII Commandos