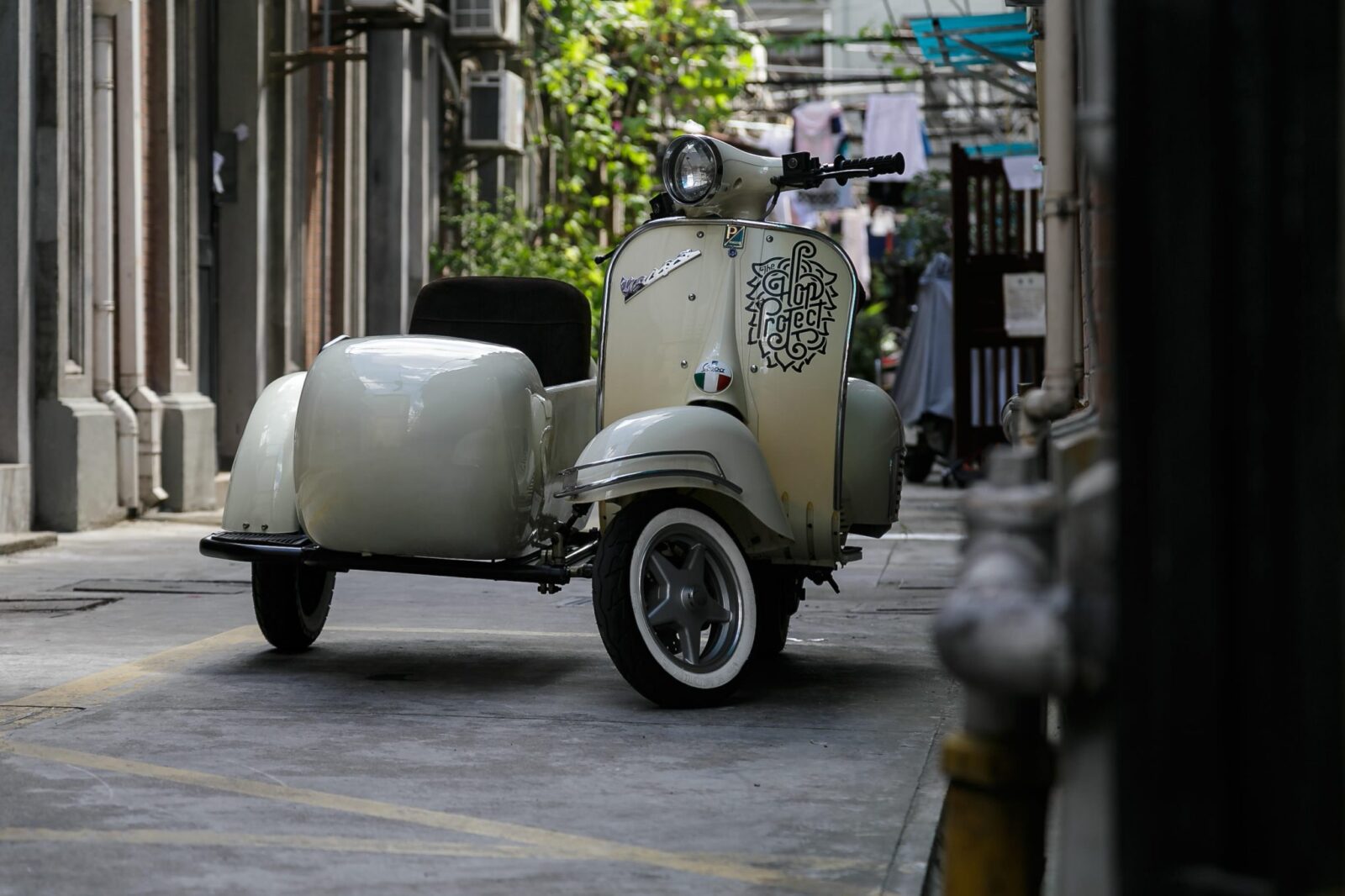 Over the past decade or so China has become a leading builder and consumer of electric vehicles – so much so that many large cities have banned the formerly ubiquitous small capacity scooters and motorcycles that used to swarm the streets in clouds of smog.

The scooter you see here is a bespoke one-off custom built by Shanghai Customs as a proof of concept. They took a run of the mill Chinese “Vespa”, essentially an unlicensed copy of the iconic Italian design called the “Veipai”, and stripped it back to its bare essentials.

A sidecar was sourced and fitted with custom bracing, and a seat belt was added to offer additional protection for passengers – China’s traffic can be a little dicey after all.

Propulsion is handled with a 2000 Watt electric motor installed in the rear hub, with a 200 Amp controller, and electricity provided by 8 x 12 Volt lead acid car batteries hooked up in sequence to produce 96 Volts total. The biggest difficulty the team at Shanghai Customs faced was fitting the batteries into the relatively small vehicle, it was also necessary due to the weight of the batteries and sidecar to rig the Veipai with a reverse button – to make parking far less strenuous.

The top speed of the scooter is between 80 and 90 km/h, and thanks to Chinese law it doesn’t need a license plate due to the fact that it’s electric. It’s also classed as a “car” due to the sidecar, so it could theoretically be driven on the highway – although you’d need a be a brave individual to attempt it.

Range is approximately 60 kilometres per charge, and the owner uses it as his daily transport in the scenic French Quarter of Shanghai – an area with classic architecture, a buzzing night life, and a large expatriate community. 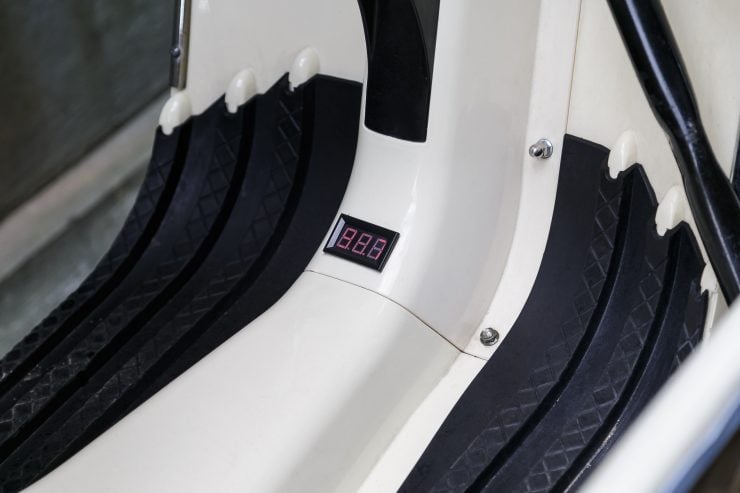 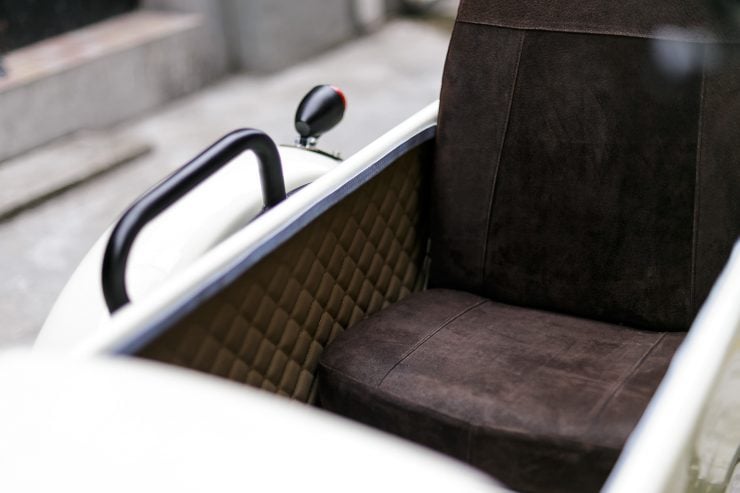 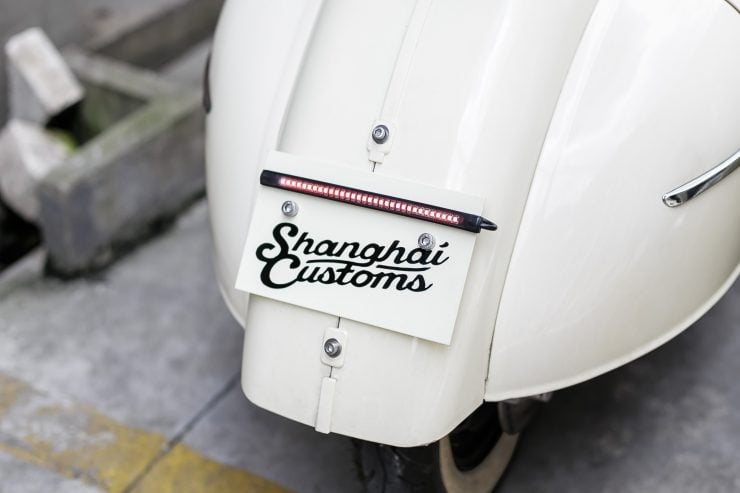 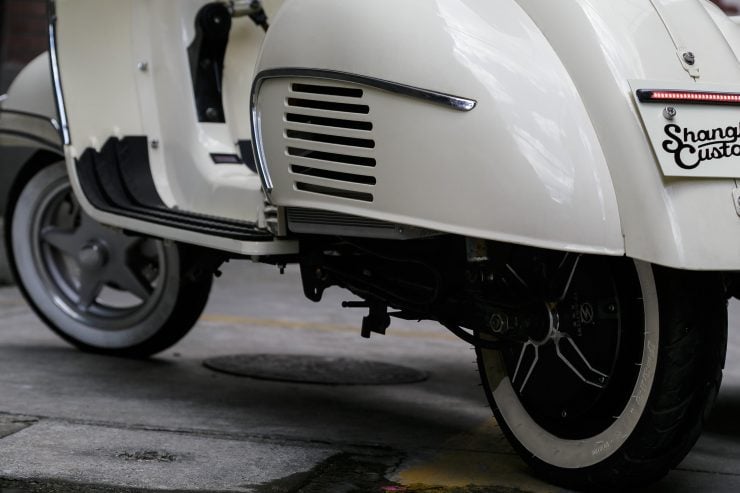 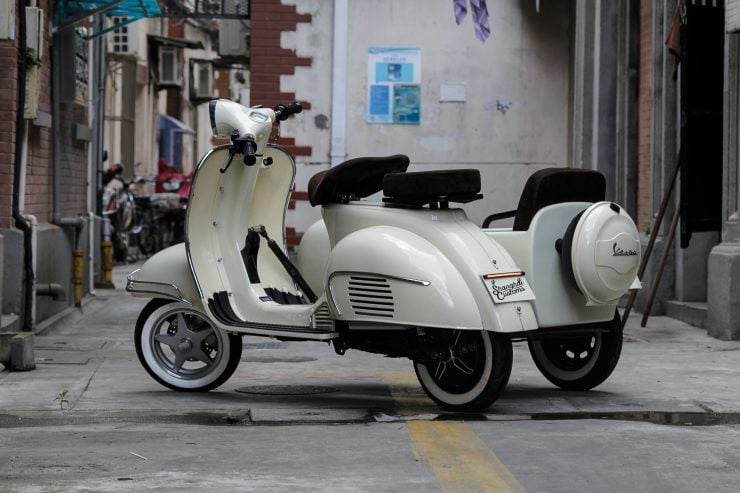 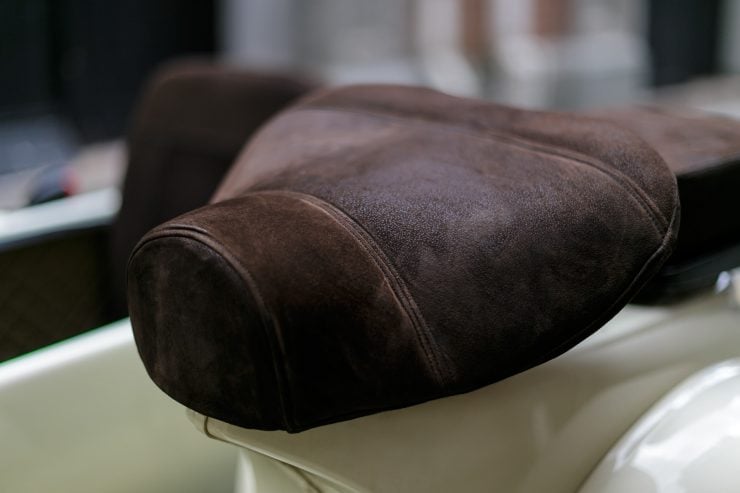 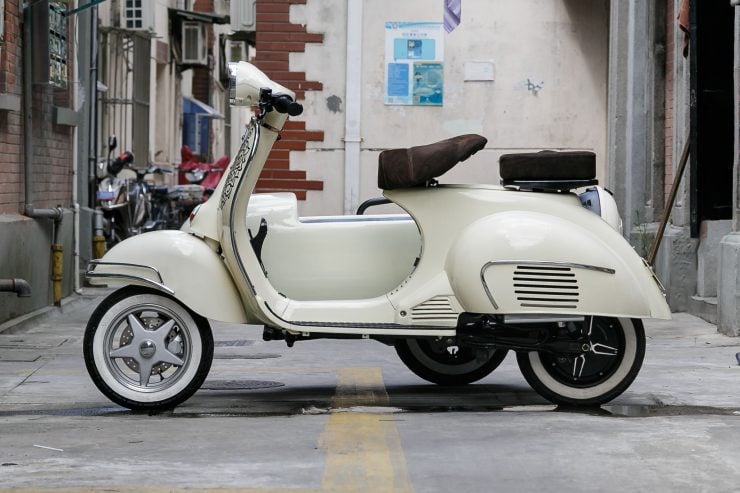 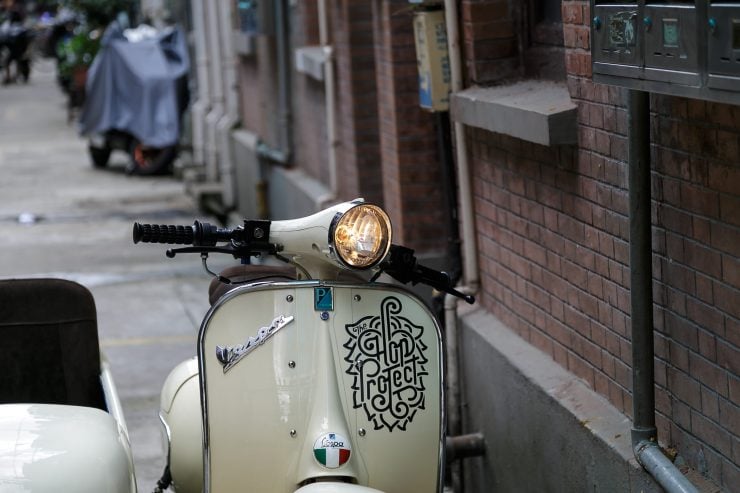 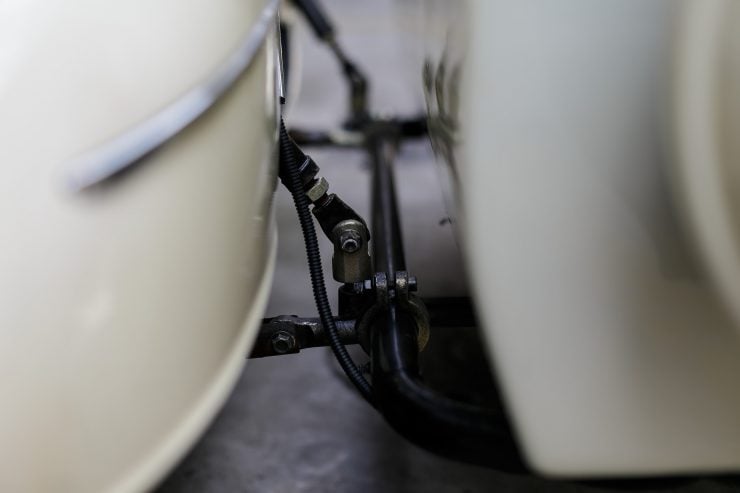 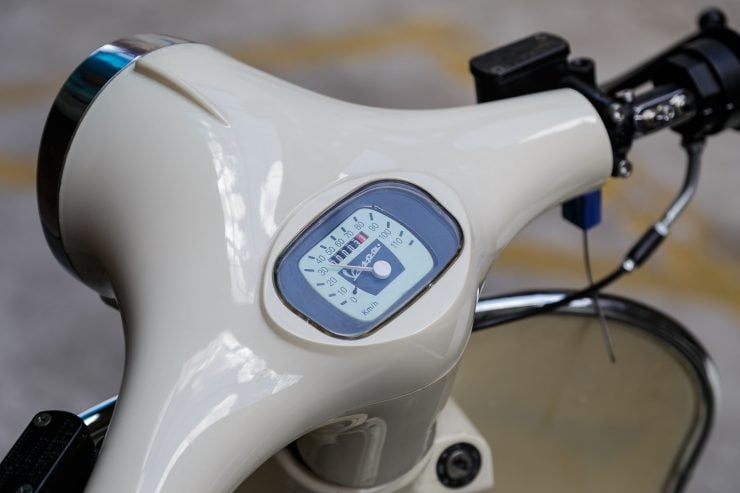 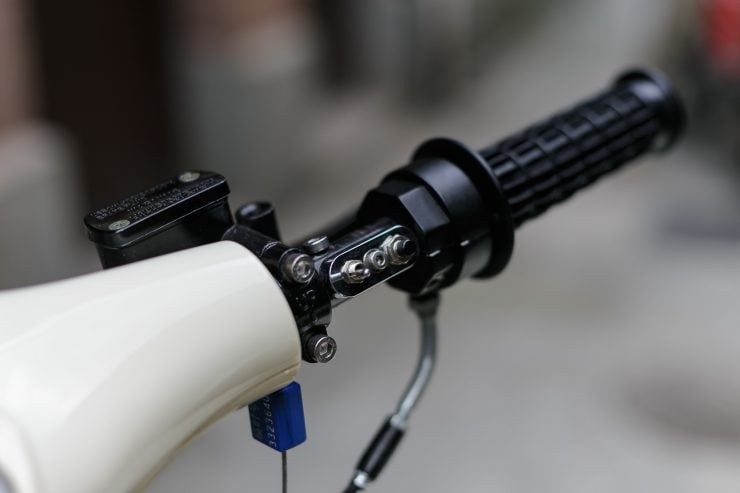 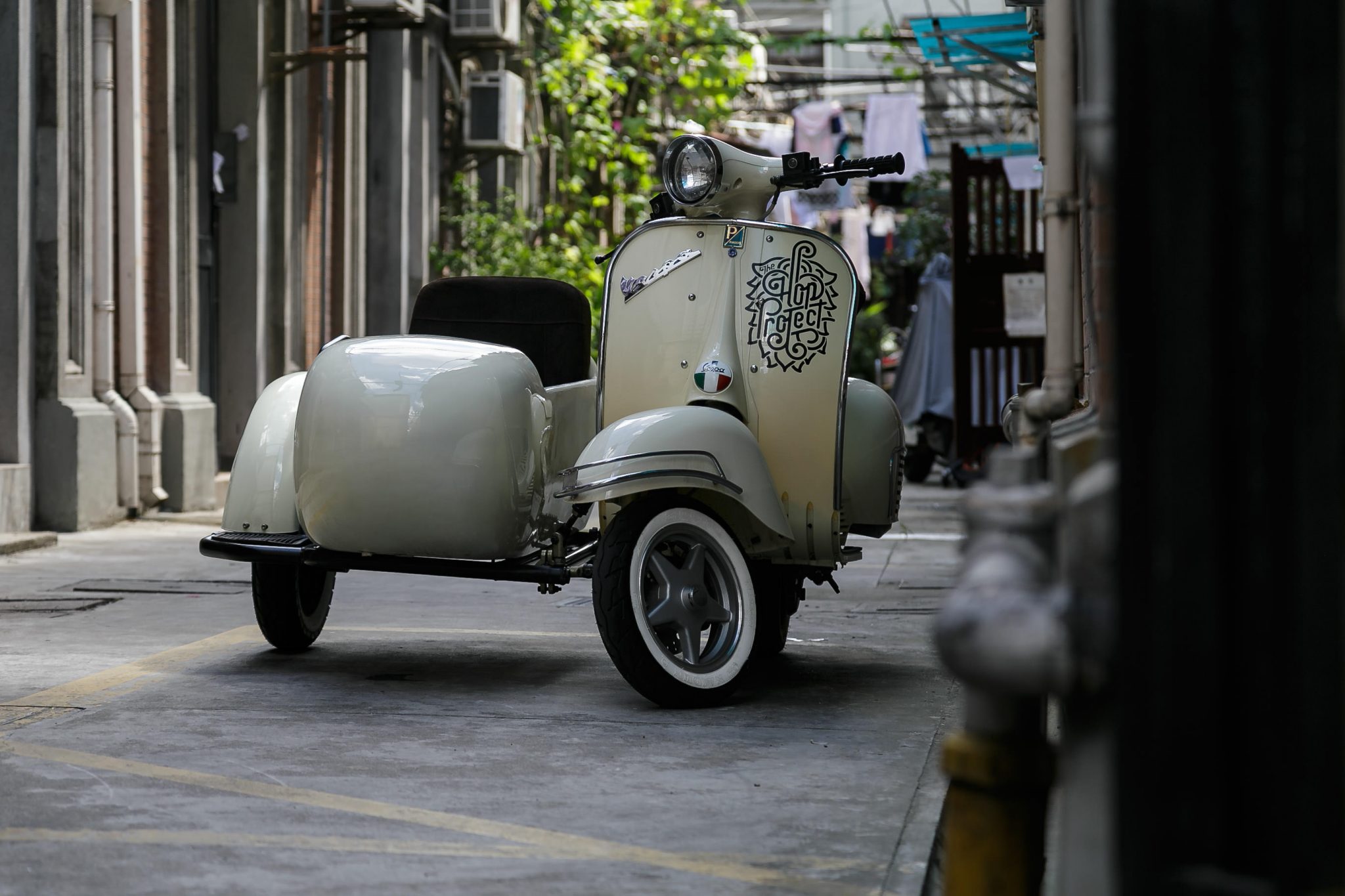