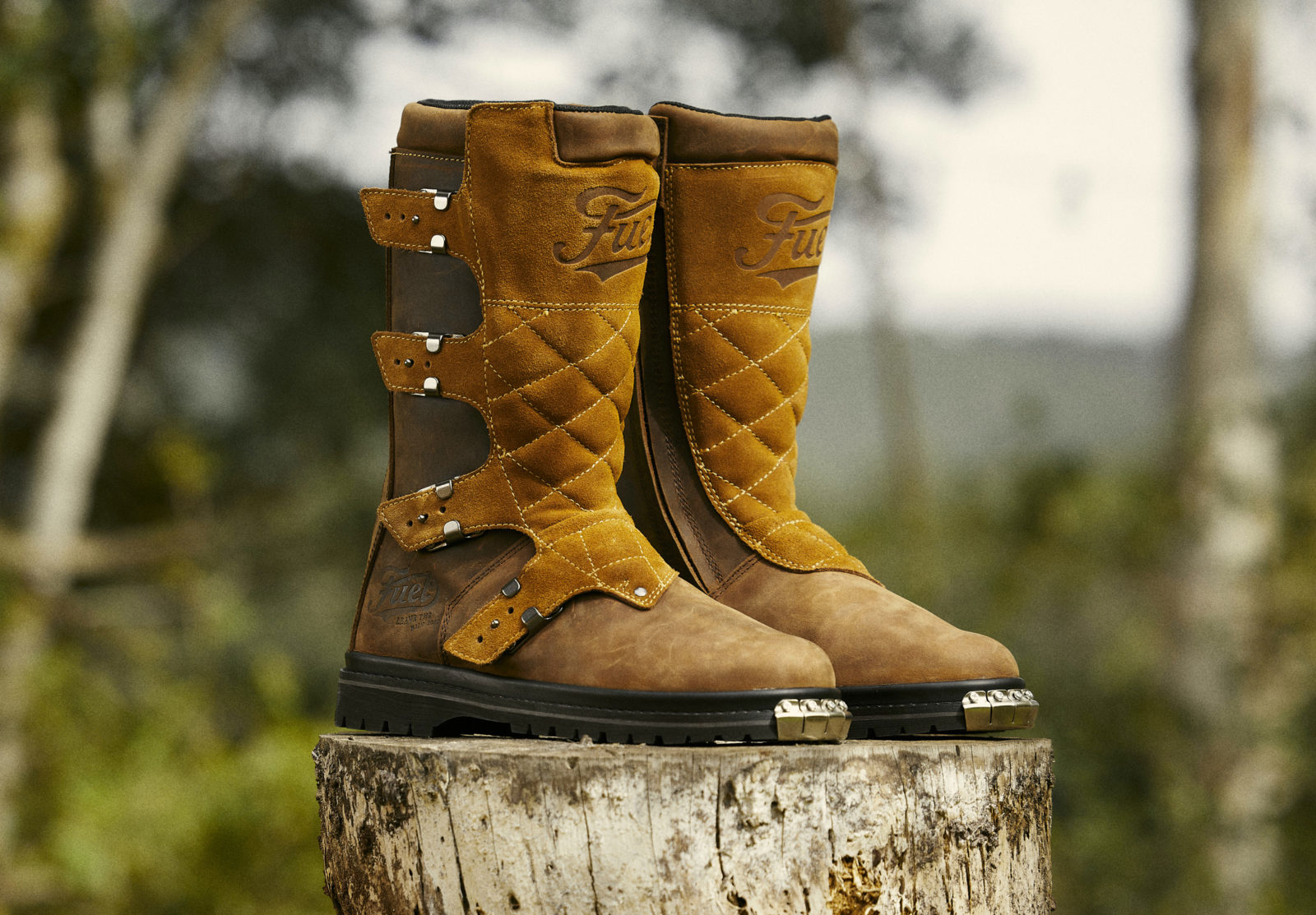 These are the new Dust Devil Boots from the team at Fuel Motorcycles, they were tested in the 2022 Scram Africa – a 2,500 km motorcycle adventure across North Africa, from the Atlas Mountains of Morocco to the towering sand dunes of the Sahara Desert.

Fuel Motorcycles is a Spanish motorcycle gear and equipment company that’s also made a name for themselves as one of the most popular custom motorcycle builders in Europe over the last few years. 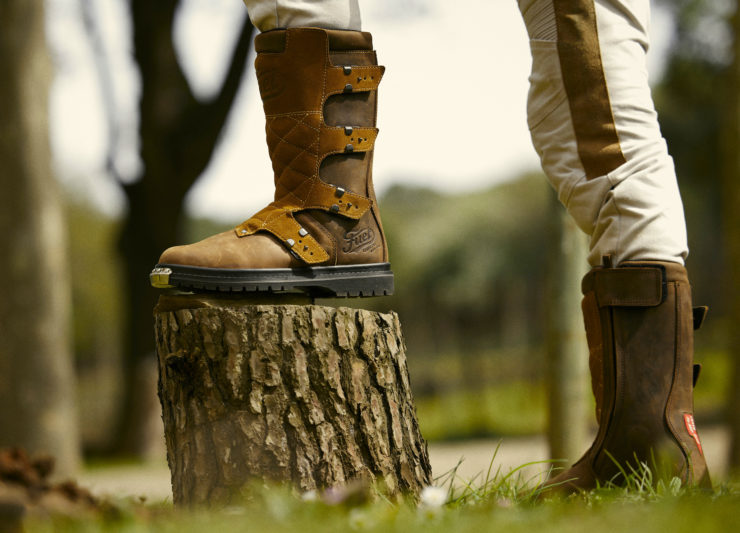 The boots feature a zipper on the inside of each leg to make getting them on and off quick and easy. The four straps and their buckles are adjustable, allowing you to get the right fit for your foot and leg shape.

Fuel take pride in the fact that they design all of their gear in-house and test it themselves – often to destruction – until the final prototype iteration is approved for production.

The new Dust Devil Boots from the Spanish company feature classic 60s and 70s desert sled styling with a slew of more modern safety features including built-in impact-absorbing material in the shin and ankle area. 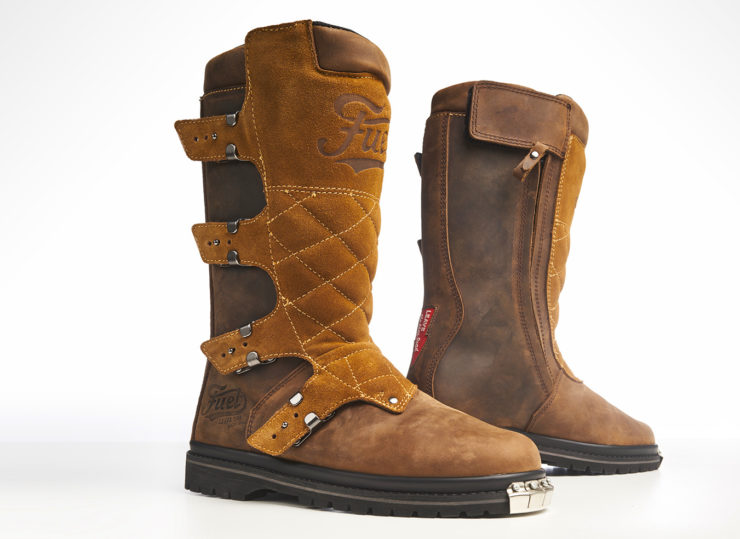 For peace of mind the boots have CE Certificate EN 13634:2017 safety certification, and they have built-in impact-absorbing material in the shin and ankle area.

The boots also have a waterproof membrane to keep your feet dry during those unexpected downpours and reinforcement in the heel area to help stabilize heel positioning. A durable rubber outsole with an anti-slip treatment is also fitted, with a screw-in metal toe cap to help stop the sole being pulled open.

For optimal abrasion and puncture resistance the upper portion of the boot is made from hard-wearing full-grain cowhide leather with an additional suede leather section on the shin area. Whereas some motorcycle gear is all show and no go these boots have CE Certificate EN 13634:2017 safety certification for peace of mind. 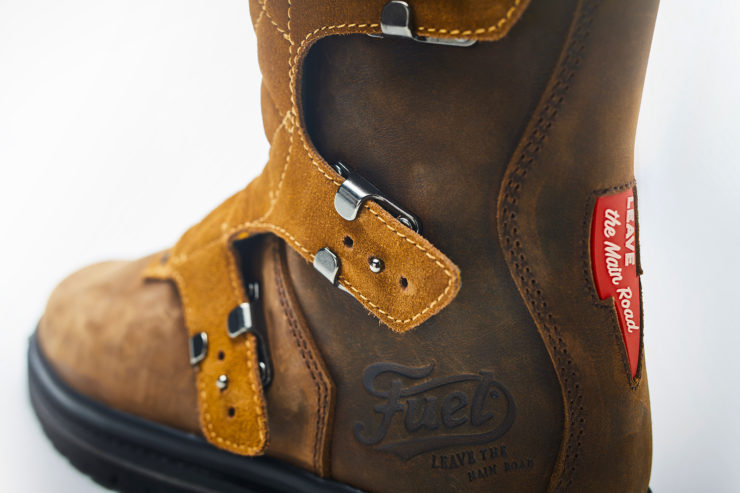 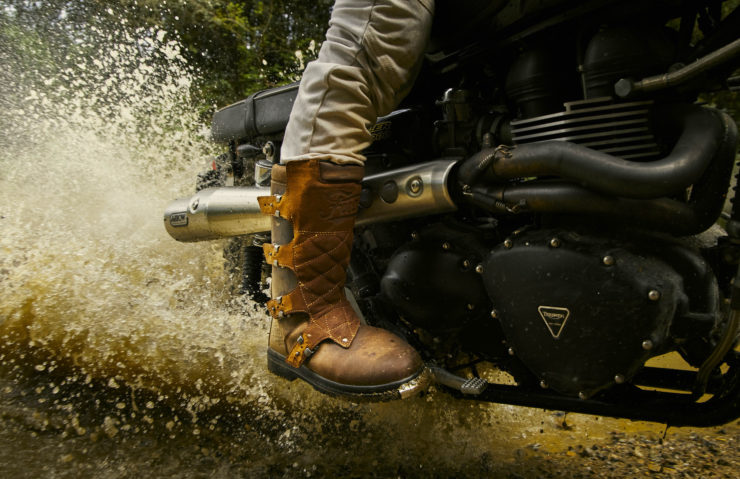 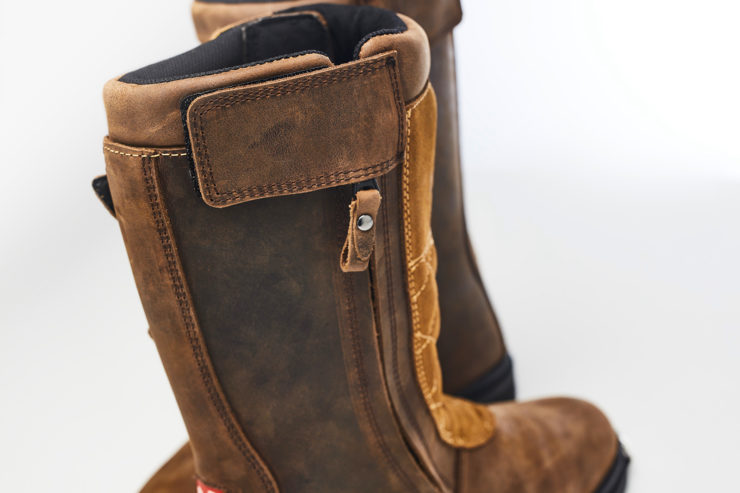 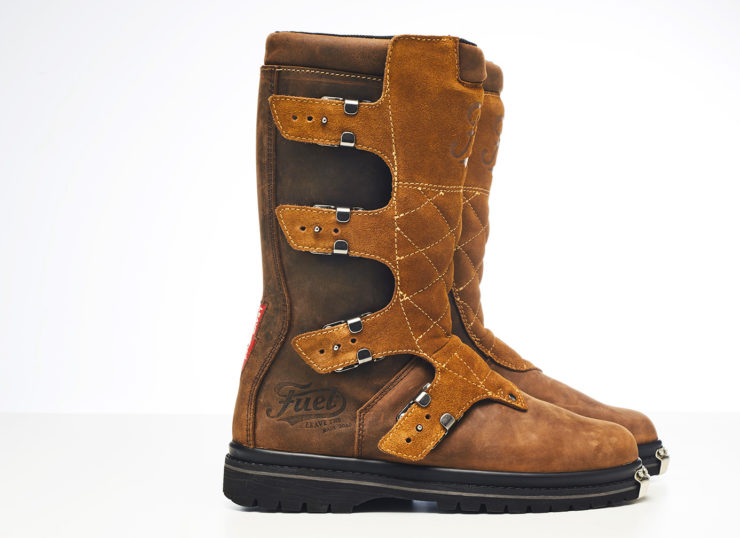 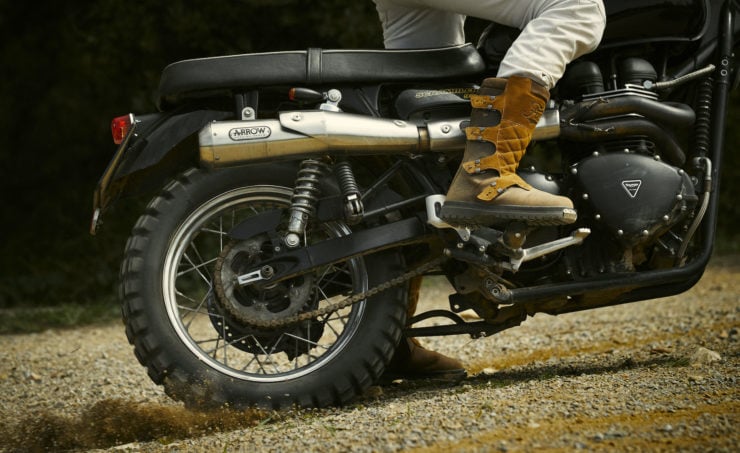 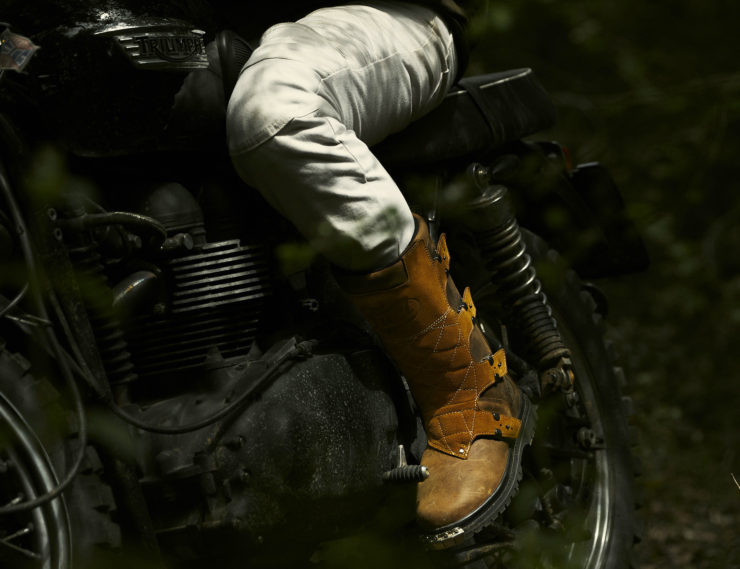