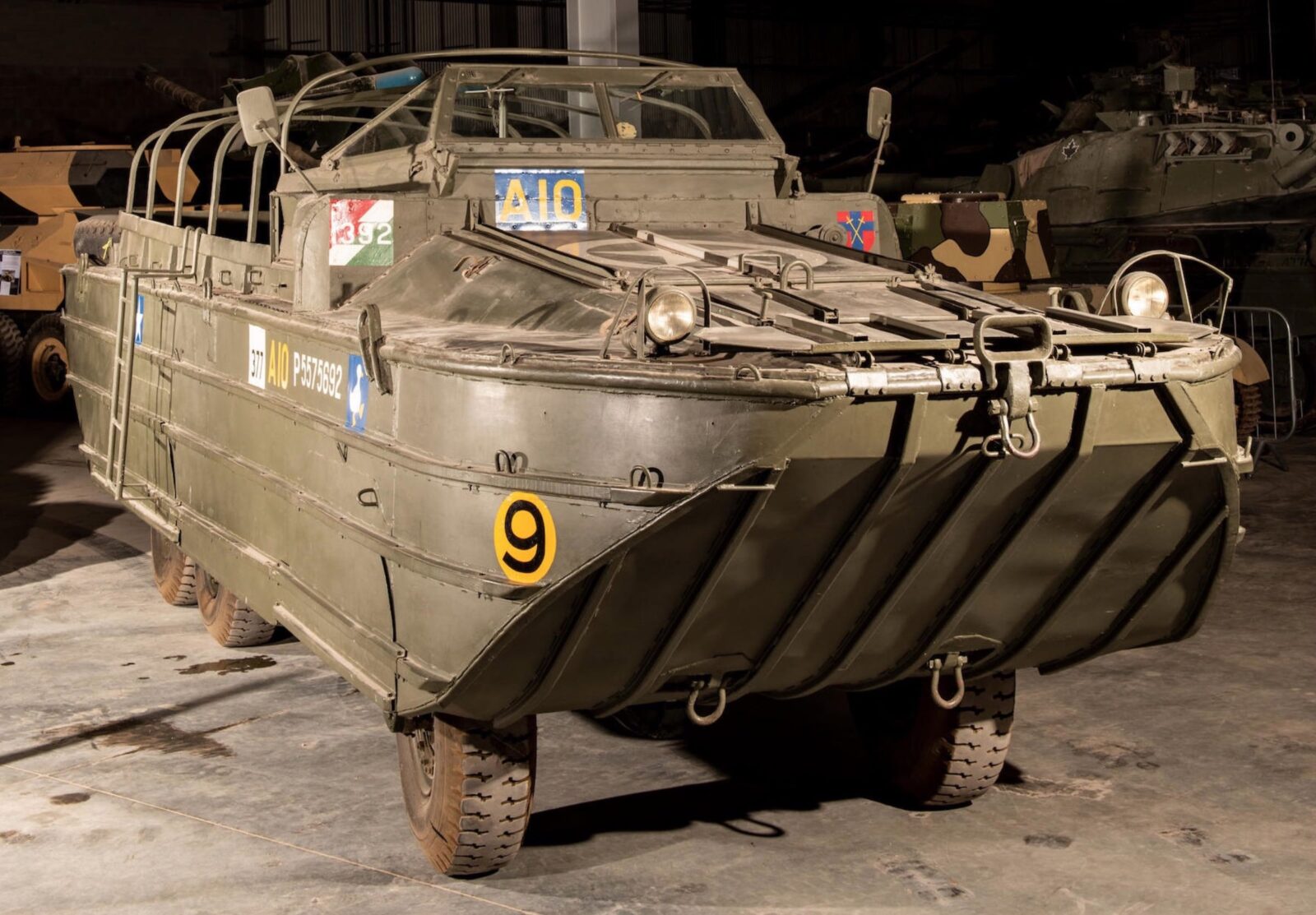 The DUKW 6×6 Amphibious Utility Vehicle is typically just referred to as the “Duck” after its official name “DUKW” – a US Military code for its design: “D” means designed in 1942, “U” means utility, “K” means all-wheel drive, and “W” means dual-tandem rear axles.

The DUKW would become one of the most important vehicles during the Second World War whenever the resupply of coastal positions was needed. The 6×6 could drive across shallow coral reefs, the driver could lower tire pressure from the dashboard for the beach landing, once the wheels hit the sand the DUKW could be driven up onto land and deliver its load of up to 2.5 tonnes or 12 soldiers.

Development of the DUKW was undertaken in the USA by the National Defense Research Committee and the Office of Scientific Research and Development to meet demand for an amphibious landing craft that could deliver troops and resupply them. 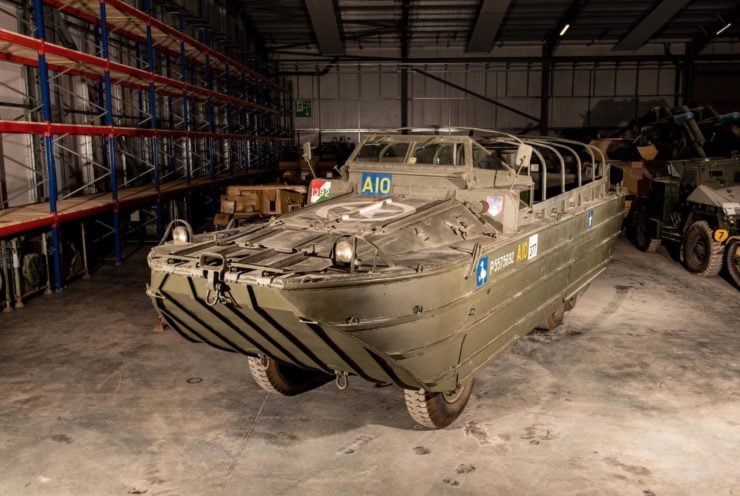 The design crew was made up of America’s Cup winning designer Roderick Stephens of Sparkman & Stephens, Dennis Puleston (a British deep-water sailor), and Frank Speir from the Massachusetts Institute of Technology (MIT). The project was headed by the National Defense Research Committee and the Office of Scientific Research and Development.

In order to rapidly develop a working amphibious vehicle the design team started with a GMC 6×6 CCKW 2.5 tonne truck, over half a million of these would be built for the war effort, spare parts were plentiful, and a rolling chassis was easy to acquire. Roderick Stephens and Dennis Puleston developed a tough steel hull that was ocean capable with good entry and departure angles, and a ribbed flat bottom for better stability.

The original GMC inline-6 cylinder Model 270 (269.5 cu. in.) engine was kept and mated to a transfer case that could power a propeller, the 6×6 drive system, and a power take off for operating winches and other machinery.

When the prototype was first shown to senior US military officers it was rejected, by an astonishing stroke of luck this prototype DUKW happened to be in Massachusetts where it had been undergoing testing when a United States Coast Guard patrol craft ran aground on a sand bar off the coast. The winds were 60 knots and were was rain and heavy waves, the DUKW set off to save the men, rescuing them all from the sandbar and returning them safely to shore. The DUKW was approved for production shortly thereafter.

The 6×6 DUKW would prove invaluable during the later years of WWII, it was used by the US military as well as the Allies, including Britain, Australia, and Canada. The amphibious craft were deployed to both the Pacific and European theatres of war including Guadalcanal, the first use as part of a beach landing was during the Sicilian Invasion (Operation Husky). Many DUKWs were used on D-Day on the beaches of Normandy, and in the Battle of the Scheldt, Operation Veritable, and Operation Plunder. 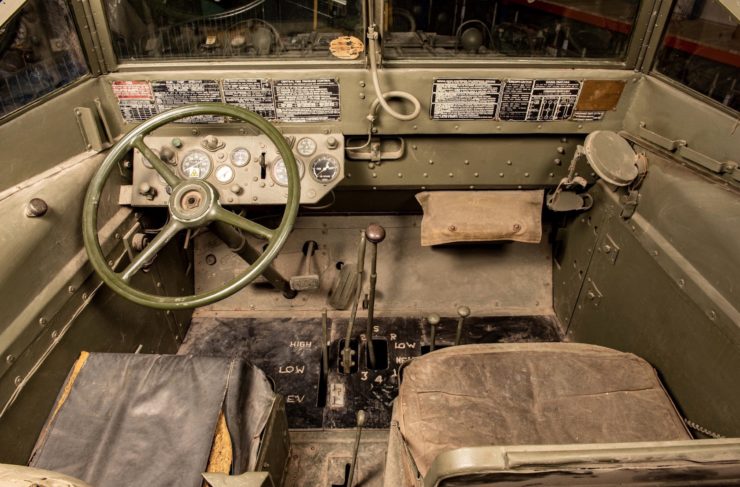 One of the great benefits of the DUKW was its ability to drive down onto the beach, out onto the sea to a waiting supply ship, it would then be loaded up with 2.5 tonnes of gear and then turn around and head back to the beach, up onto the sand and onto the road where it could be driven inland to supply advancing forces.

By the end of WWII just over 21,000 examples of the DUKW 6×6 had been built, a few hundred would later be recommissioned for use during the Korean War. Many militaries around the world kept “Ducks” in service for decades after WWII and a number of civilian companies operate modified versions of the DUKW as tourist sightseeing vehicles that can take people on a tour of both land and water-based attractions.

The DUKW 6×6 was built during WWII in 1942, it is now accompanied by a Vehicle Data Card for the years from 1966 to 1981 when it was used by the RAF. It was cosmetically restored in 2010 and it’s now listed as being in generally good condition but needing a recommissioning before any serious driving or boating is undertaken.

Ducks have found use as everything from tourist haulers to livearboards over the years and just about everything else between. They never fail to attract a crowd due to their ability to drive down and boat ramp and out across the water, and as such they’ve proven popular as promotional vehicles and weekend adventure trucks.

This DUKW will be crossing auction block with Bonhams on the 7th of September at The Beaulieu Sale, the guide price is £35,000 to £55,000 and you can click here if you’d like to read more or register to bid. 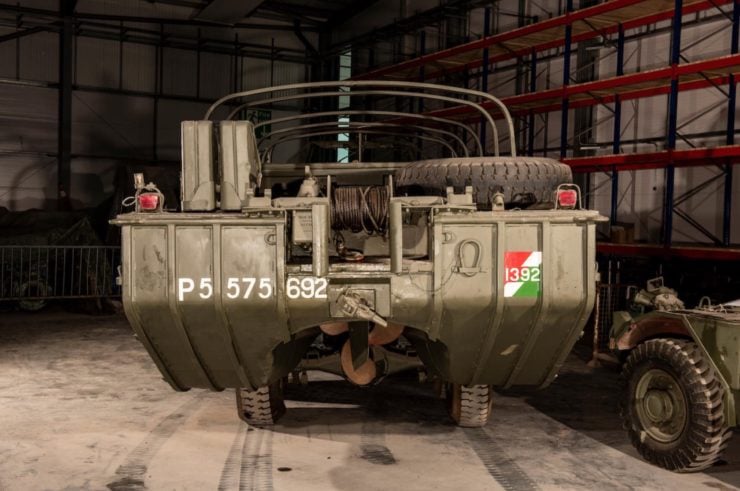 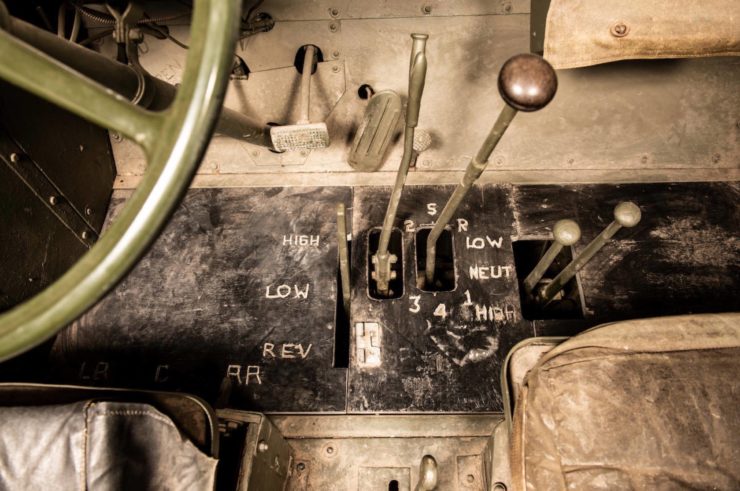 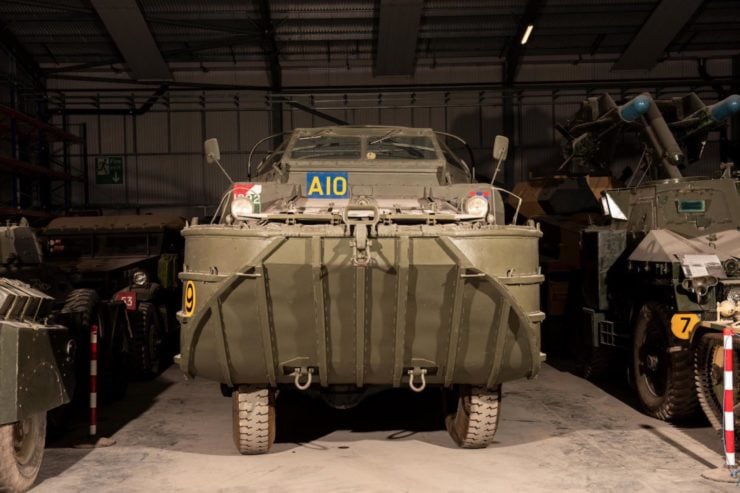 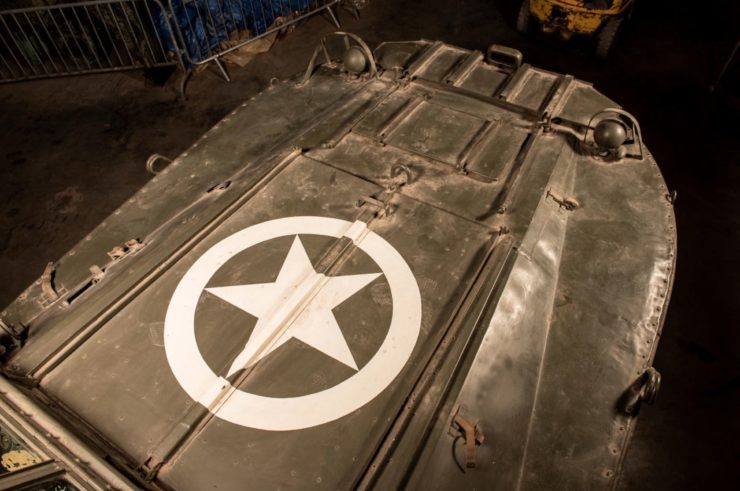 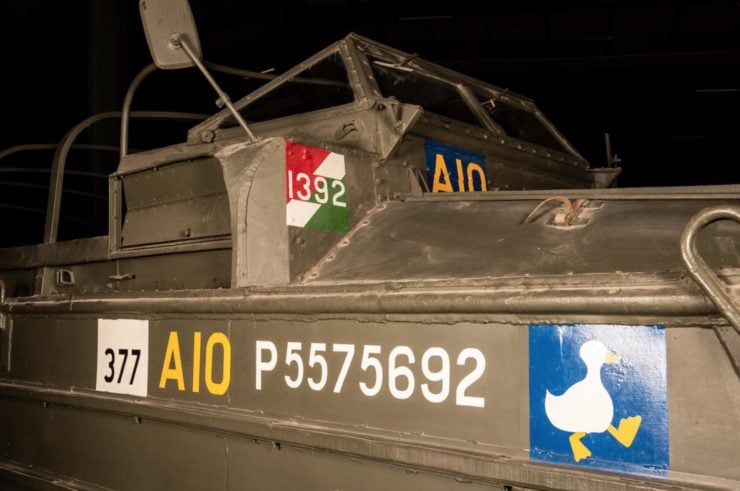 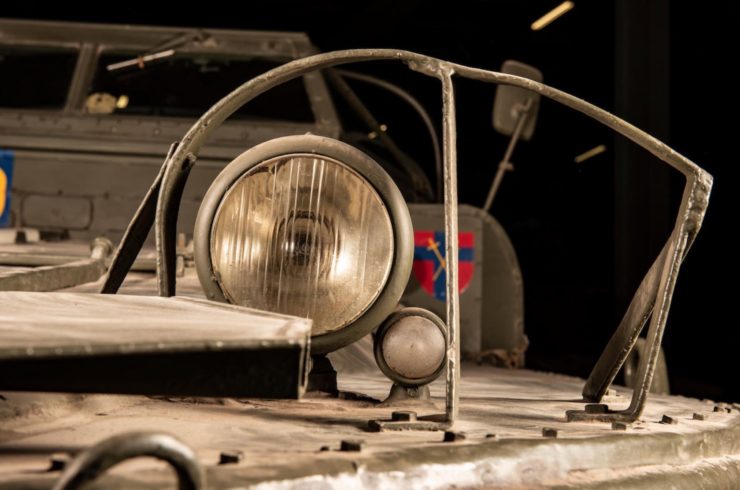 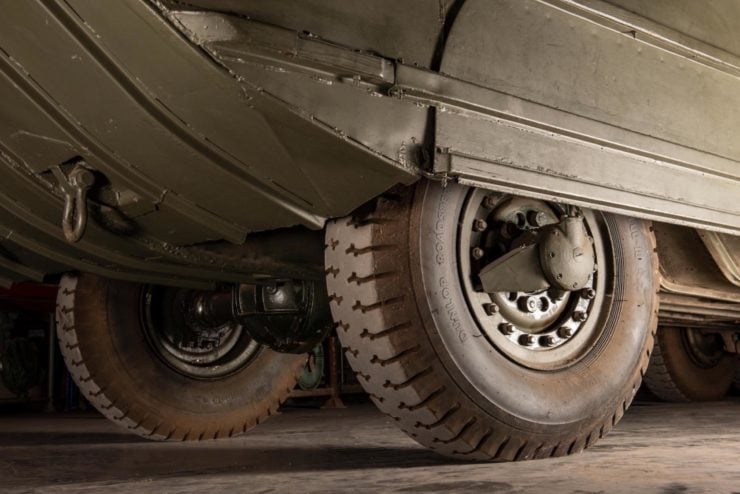 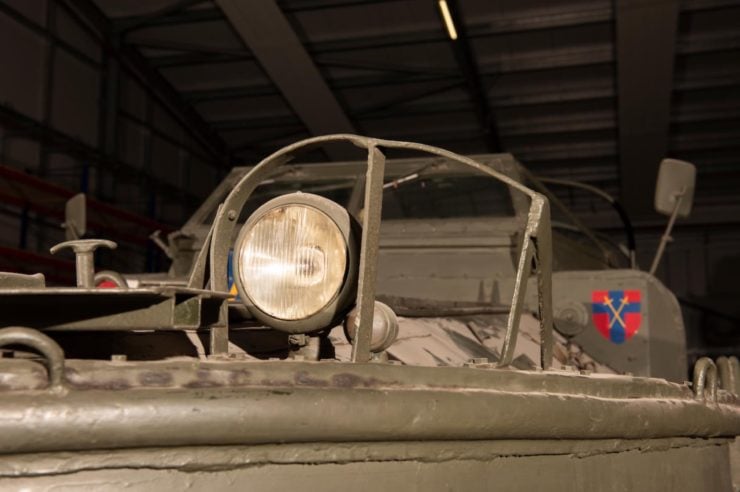 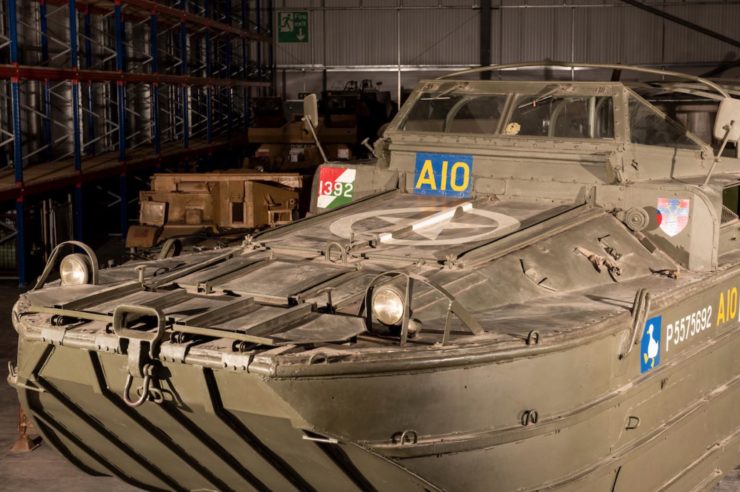 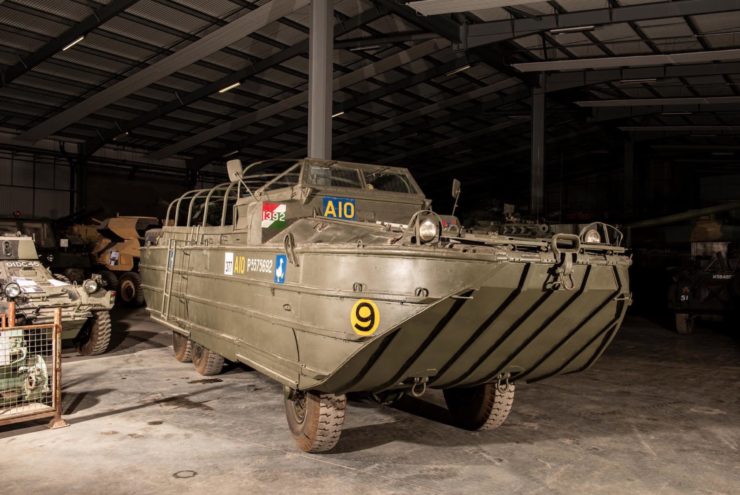 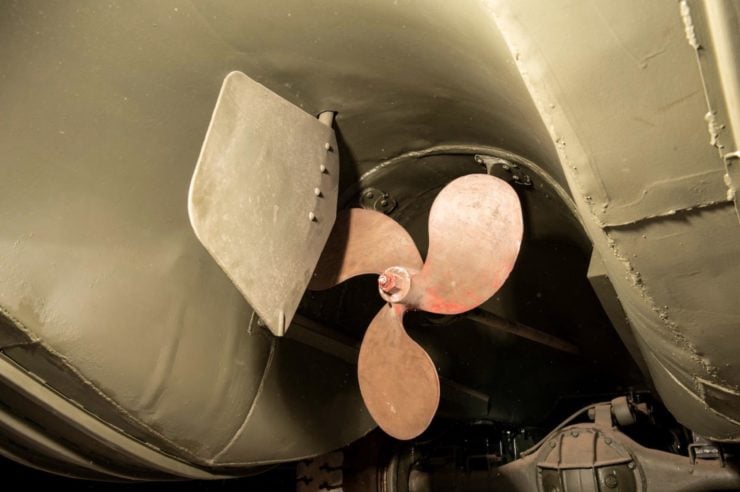 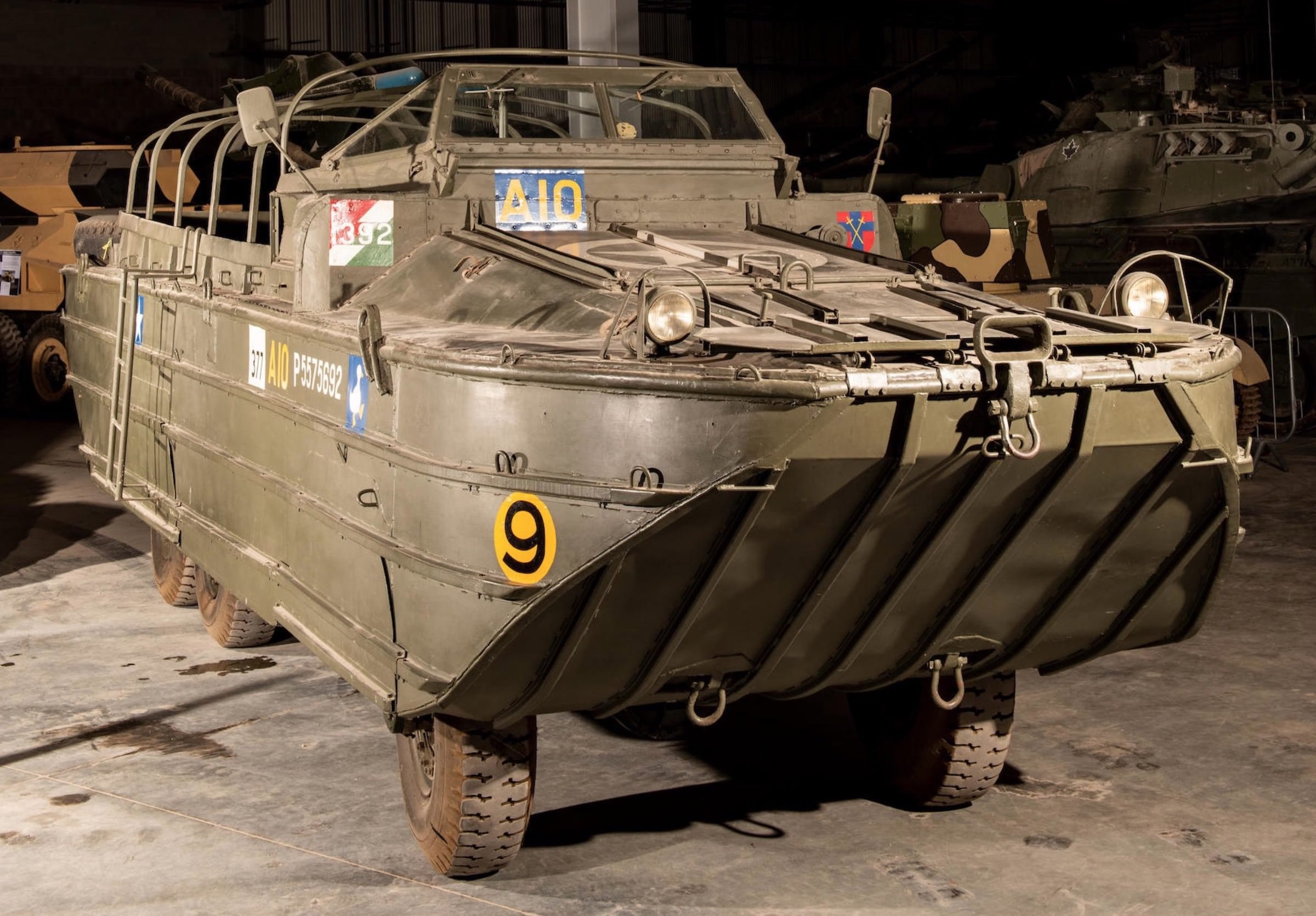 Published by Ben Branch - August 26th 2019
Related Posts
For Sale: A BMW 507 Front End Mounted To A Display Base