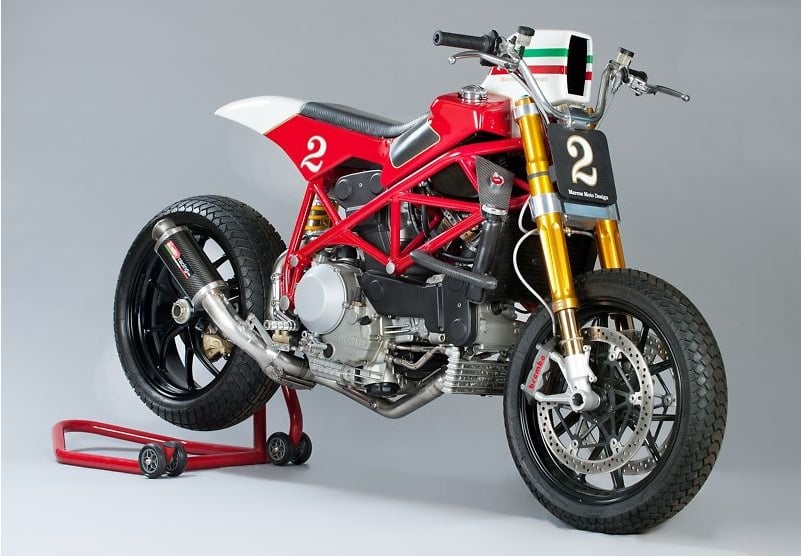 Sometimes a bike comes along stops you in your tracks and forces you to take a second look. This is one such bike. Created in 2010 by the world famous Marcus Moto Design garage in Sweden the Ducati 996S F1 Tracker lit up the worlds motorcycle press like a medium-yield atomic warhead. The bike is now being listed for sale (for the first time) and interest has been significant.

The F1 Tracker concept developed from a vision of the ultimate slim, nimble, lightweight and powerful street bike. Taking the already light and tiny Ducati 996 superbike and giving it a minimalistic treatment with new ergonomics for great handling in the city or on the local supermoto racetrack. 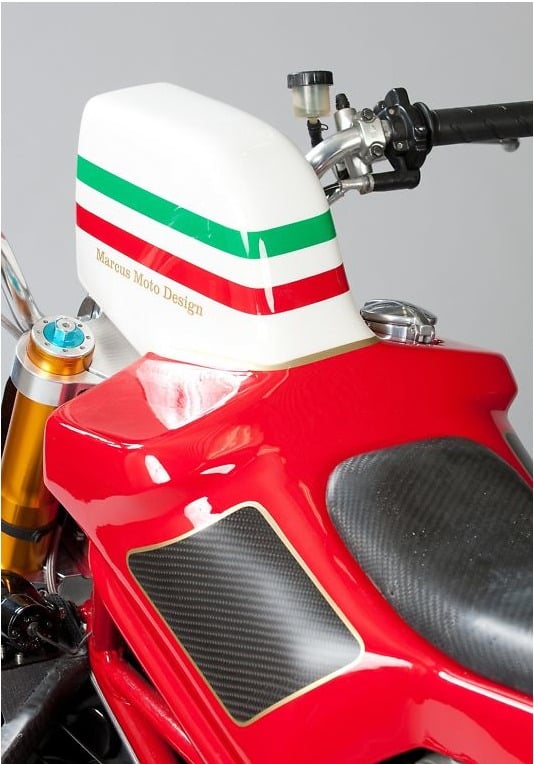 Interestingly the bike is currently not road legal, although Marcus has fabricated a carbon fibre bracket for the rear light, licenseplate and prepared for turn signals, with these the bike can be made road legal if the new owner should wish.

The slim design vision out ruled any side mounted air intakes as on the original 996. Inspiration from 1975 F1 Ferrari shows both in paint scheme and in air intake shape and placement. The all carbonfibre one piece bodywork shows a new aggressive design with clear inspiration from both 1970s F1 cars and 1980s MX crosser.

The Buy It Now is listed as $45,500.00 USD, which isn’t too bad when you consider the amount of time and attention that went it to building the bike, not to mention the fact that it’s a worldwide celebrity in its own right. When you remember that a trailer-trash chopper from a garage like OCC will set you back close to $100,000, the Ducati 996S F1 Tracker suddenly looks like a bargain.

Check out this listing here. 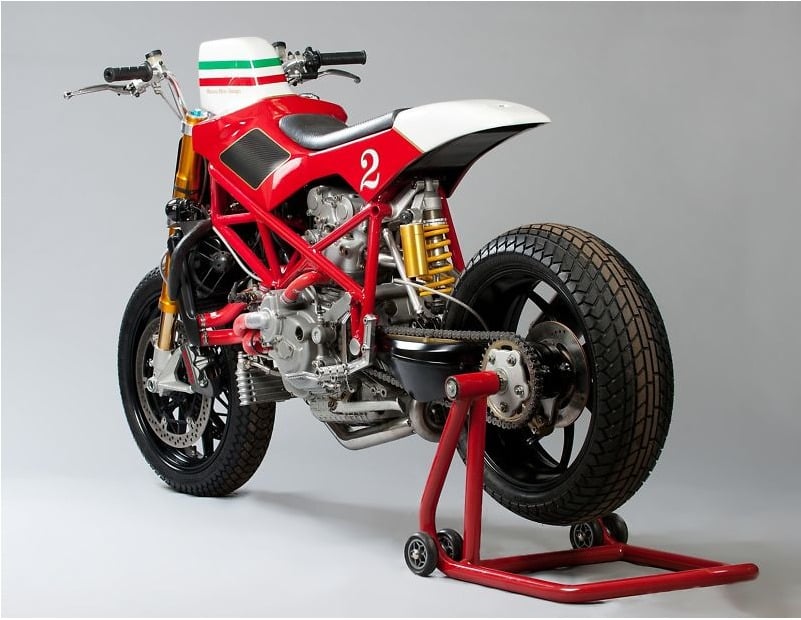 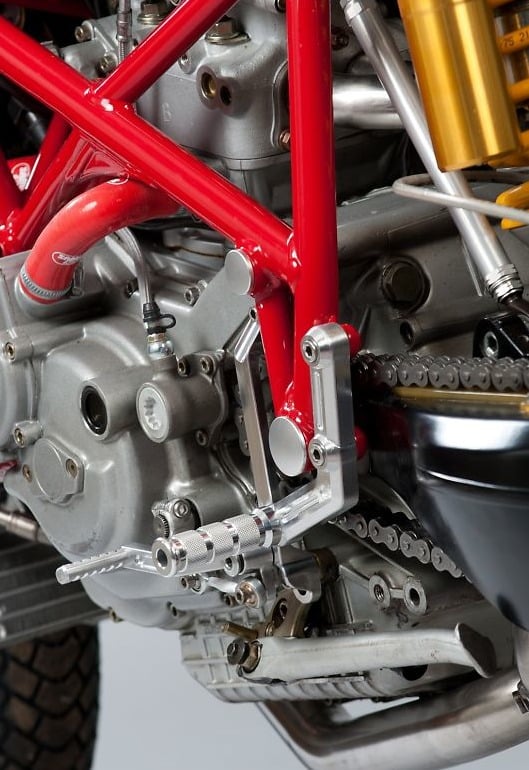 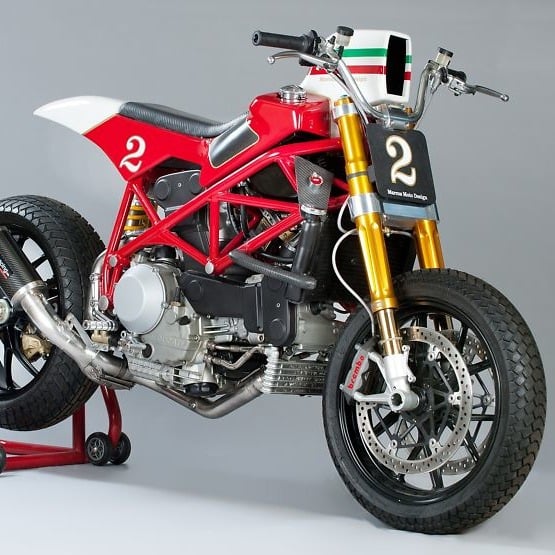