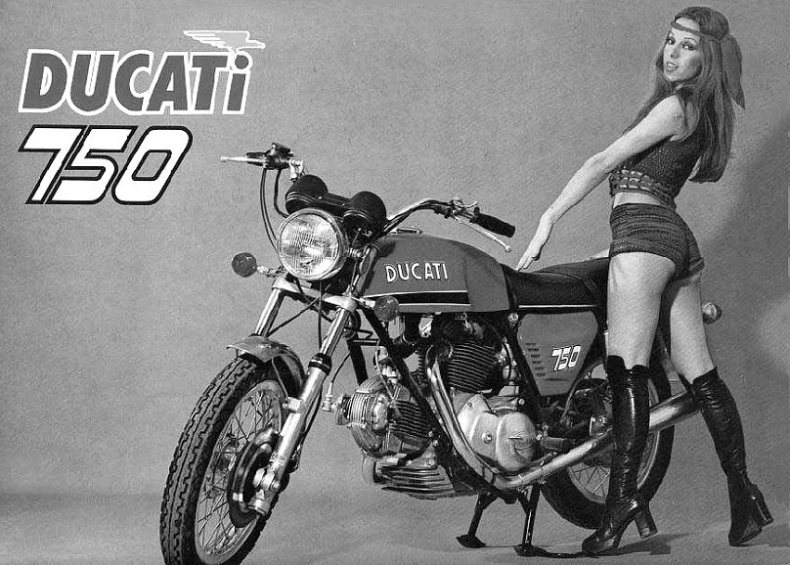 Motorcycle advertising has changed a huge amount since the ’70s and ’80s. It used to be Girl-Bike-Logo and motorcycle sales were booming, in more recent times it’s become more technical and motorcycle sales have waned, I may be drawing an overly simplistic correlation-causation line in the sand here but I vote that we go back to ads like this one.

This post was written by Tamara Raye Wilson. When possible we like to bring you the story of a custom motorcycle in the…

This is the new Icon Poster series by Jean-Denis Claessens, the founder of ATR LAB and a rally driver with 25 years of experience…