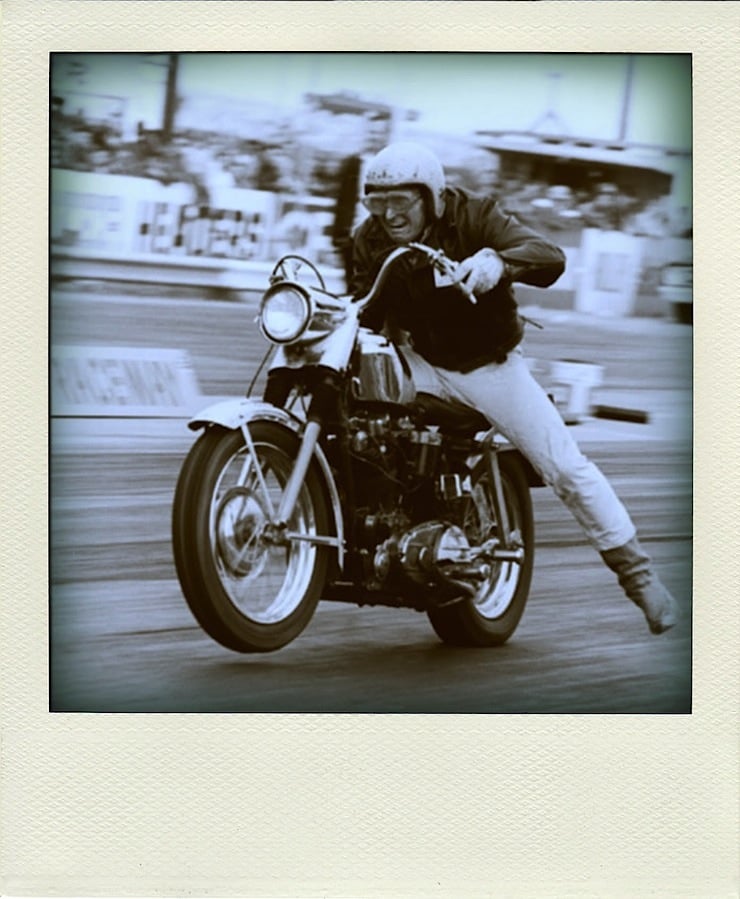 I can’t get past the fantastic look on the face of this drag racer, it’s somewhere equidistant between horror and happiness. It makes me want to climb onto the saddle and drop the clutch.