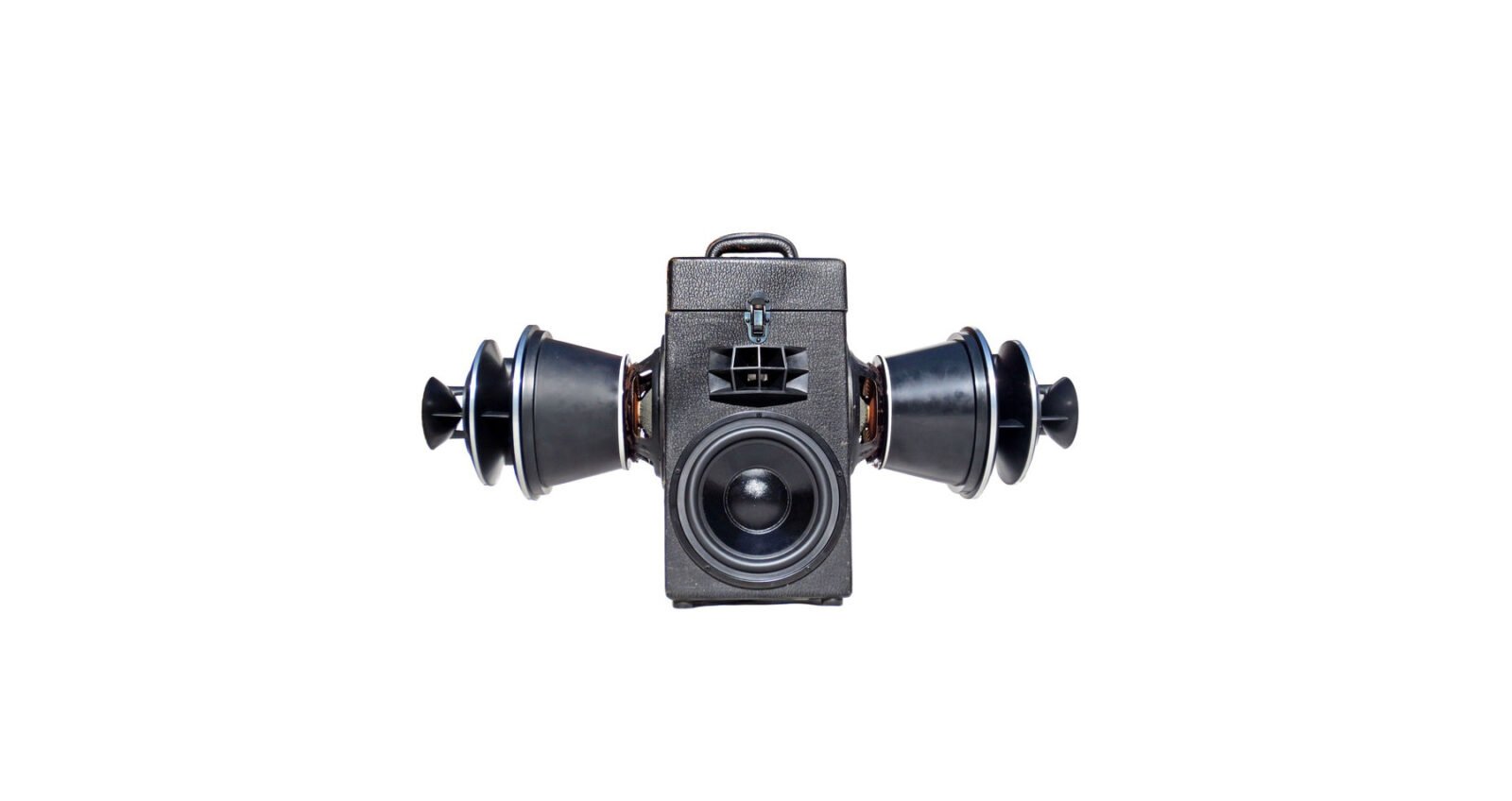 The Dr Frankenstein BoomCase is a one-off design by the talented team at BoomCase, it has twin rare BIC SoundSpan TPR-200 Omni-directional speakers and two passive radiators, as well as a 200 Watt amplifier, a built-in lithium ion battery with 18+ hours of battery life and the ability to connect to mobile devices via a cable or Bluetooth. 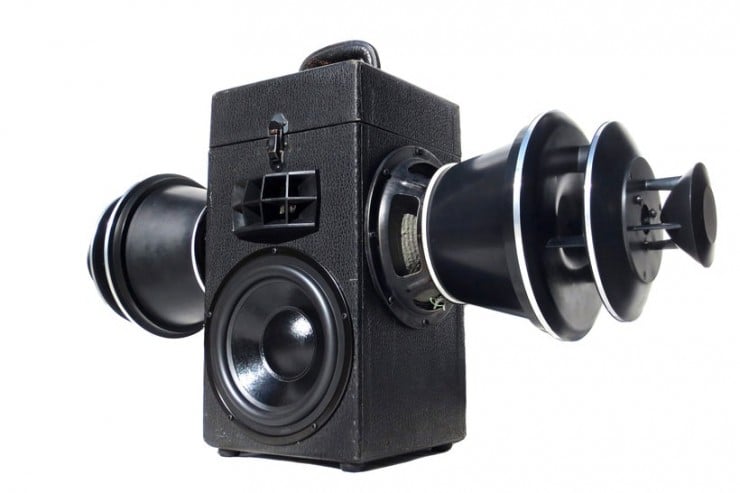 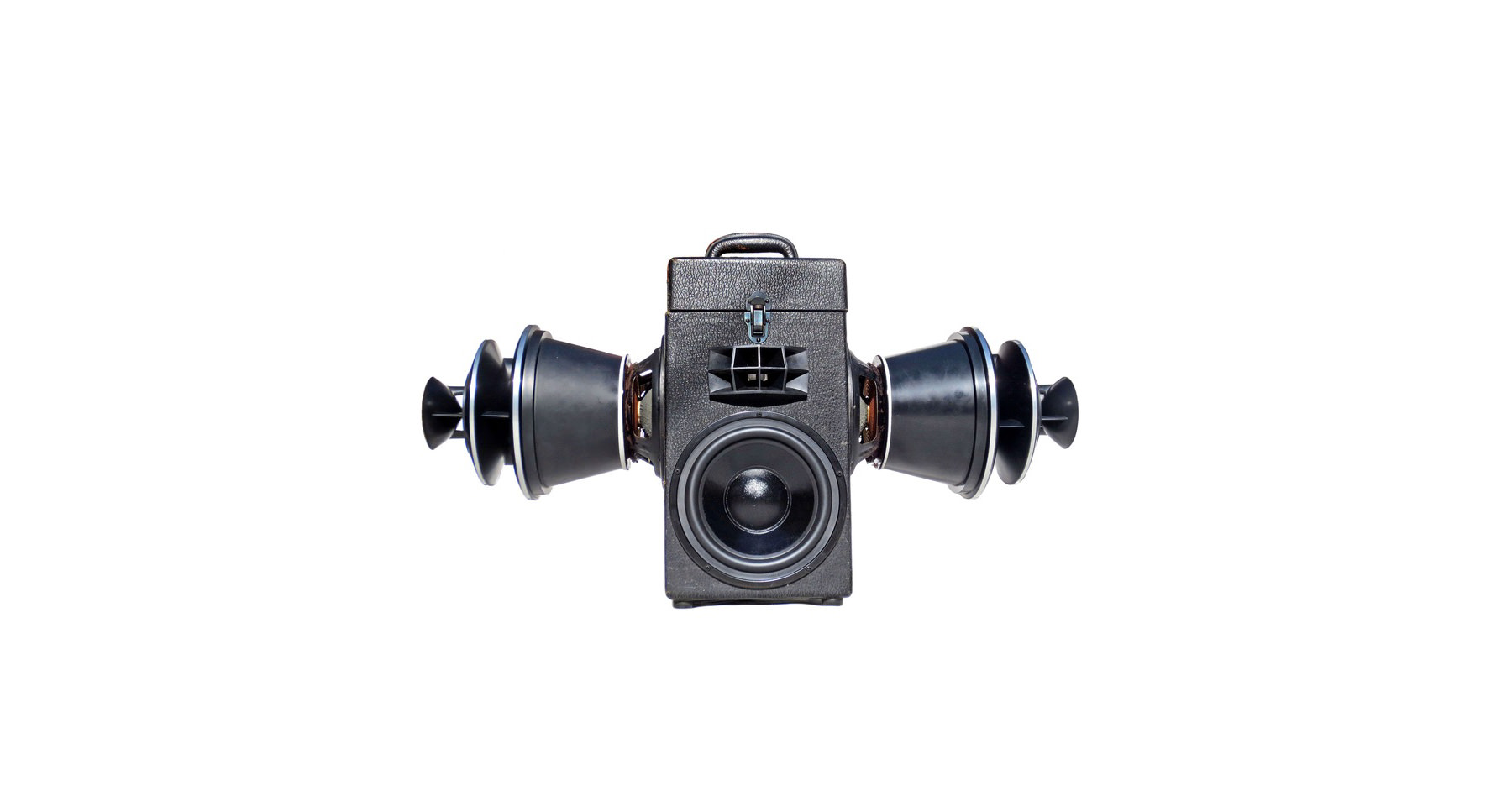