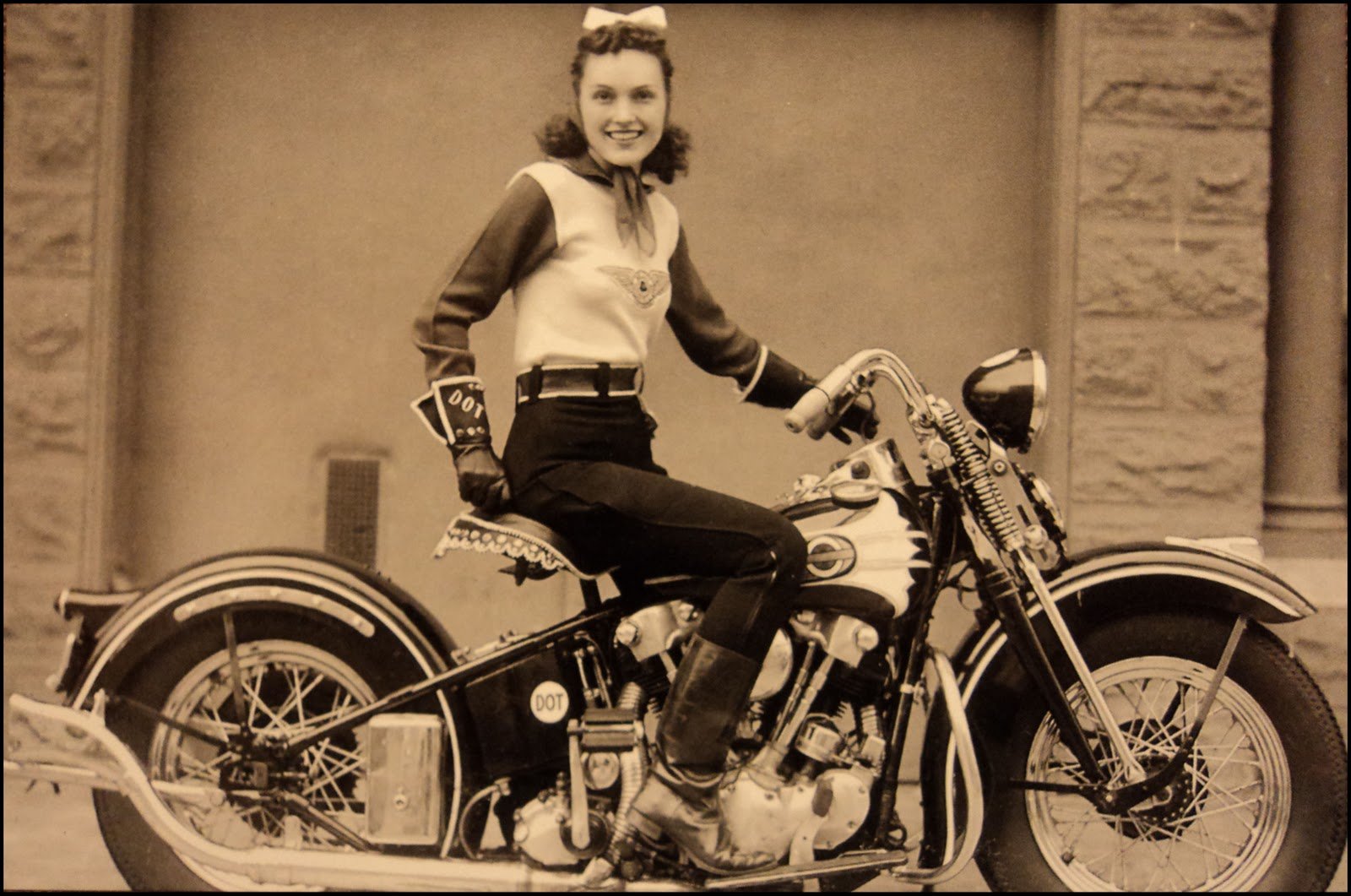 This is Dot Smith, the famous female stunt rider from the 1930s and 40s, she was a member of the San Francisco Motorcycle Club and a founding member of the iconic “Motor Maids” with Dot Robinson and Linda Degeau.

In this photograph she’s sitting on her 1937 EL Knucklehead and looking damn near perfect with that little ribbon in her hair. They just don’t make ’em like they used too.