This film, named ‘Kid Auto Race‘, set a couple of significant milestones in cinema history. It was the first time the world ever saw Charlie Chaplin’s “Tramp” character, a character who would go on to feature in over a dozen films and be remembered as one of the great icons of 20th century cinema.

It was also the first time that a camera crew were filmed actually filming, during a film. Chaplin had 2 camera crews on this shoot and both were shooting real film, he alternated by using one of the crews as a prop (when he stands in front of the camera, annoying them).

Perhaps most interestingly, this was all filmed at a real auto race. It was the 1914 Junior Vanderbilt Cup, a baby-cart race in California. There were no stunt doubles or extras, it was all filmed in real time and as you can see in the film, Charlie Chaplin nearly gets hit on more than one occasion by a speeding cart. 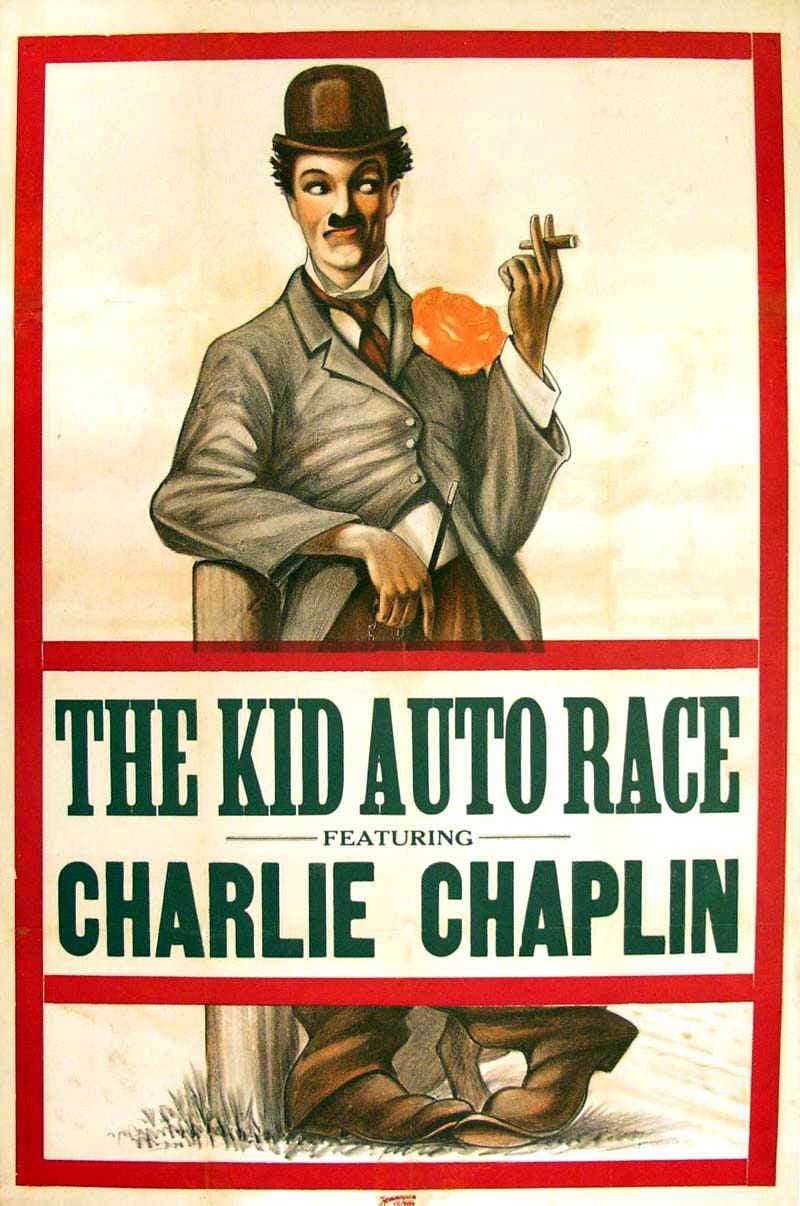 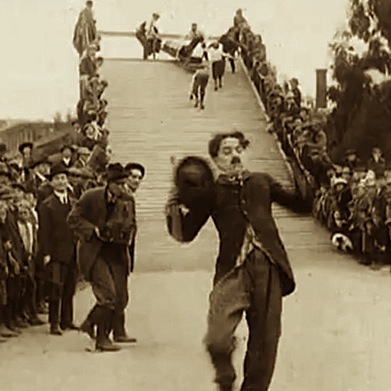