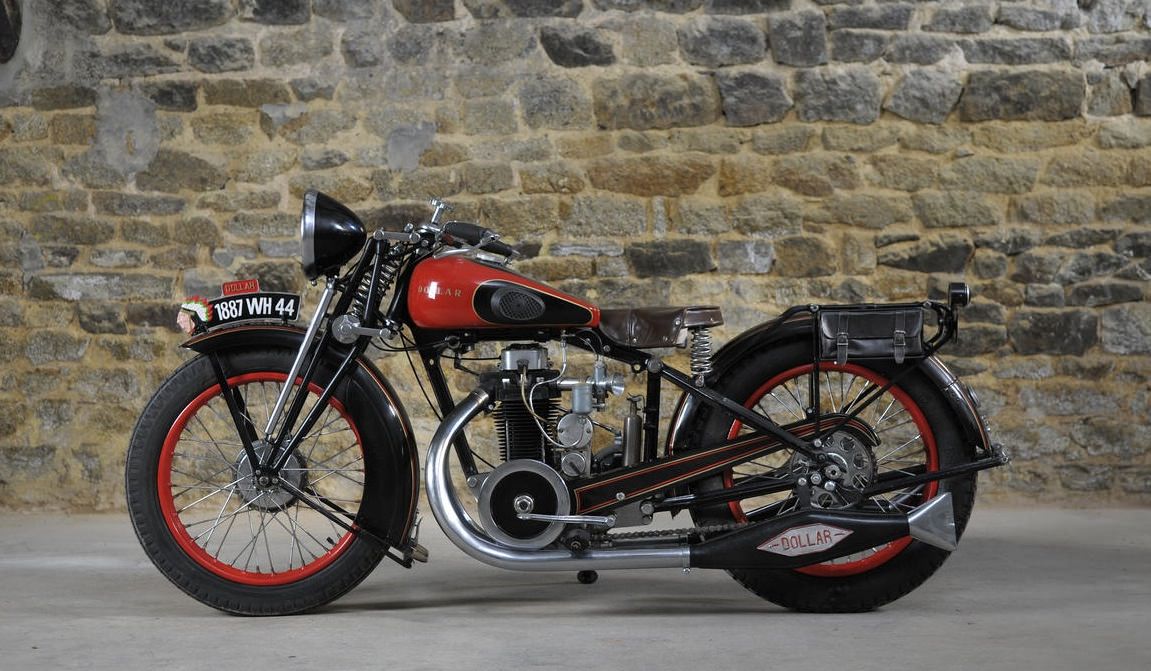 Personally, I think the 1930 Dollar 500cc S3 pictured above and below is one of the most handsome motorcycles from the early ’30s, the attention to detail is phenomenal and that engine/exhaust/carburettor set up is just beautiful. The Dollar Motorcycle Co was actually a French company, they chose the name “Dollar” as well as the little Indian mascot on the front fender to appeal to the pro-America sentiment that existed in Western Europe post WWII.

Dollar Motorcycles used engines from Moser, MAG, JAP and Chaise – this model is fitted with a Chaise 500cc single cylinder unit.  Maurice Chaise was formerly the chief engineer at Gnome & Rhône so the pedigree of the engine is quite exceptional. The Dollar bikes numerous race victories and set a number of records in the years before WWII, sadly the company never reopened after the war, this has left the bikes quite collectable and surprisingly affordable.

This model went under the hammer yesterday at the Les Grandes Marques du Monde au Grand Palais Auction held by Bonhams, it’s estimated value was just $6,700 – $8,000 USD so it’ll be interesting to see how much it sold for. 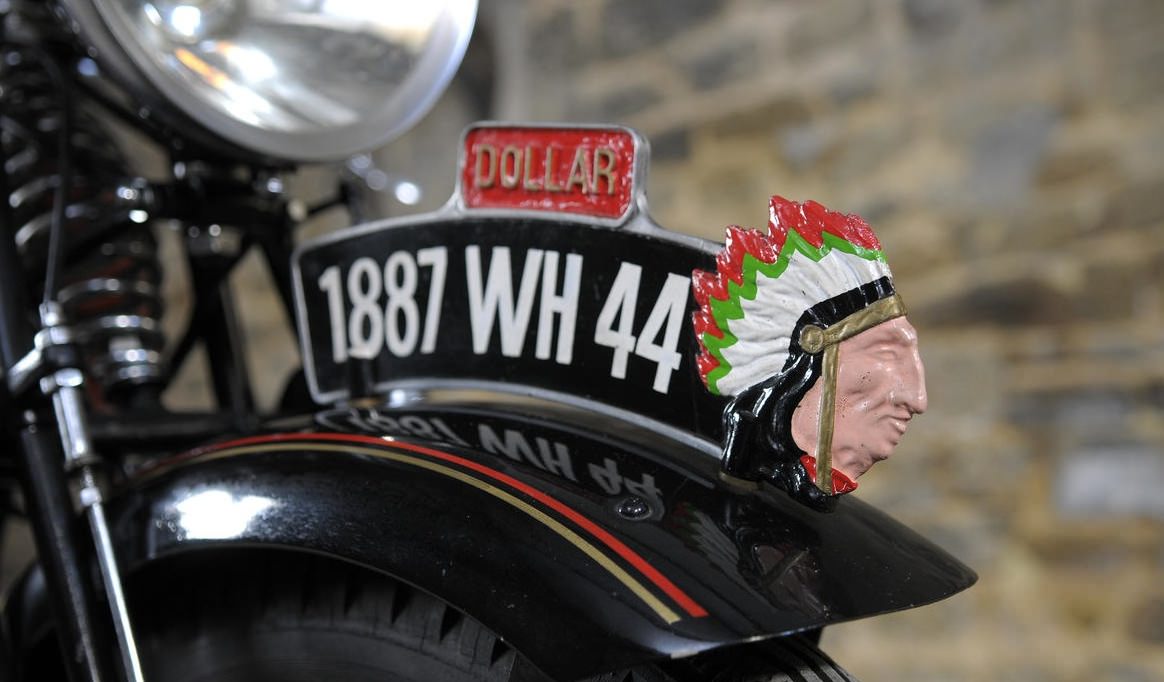 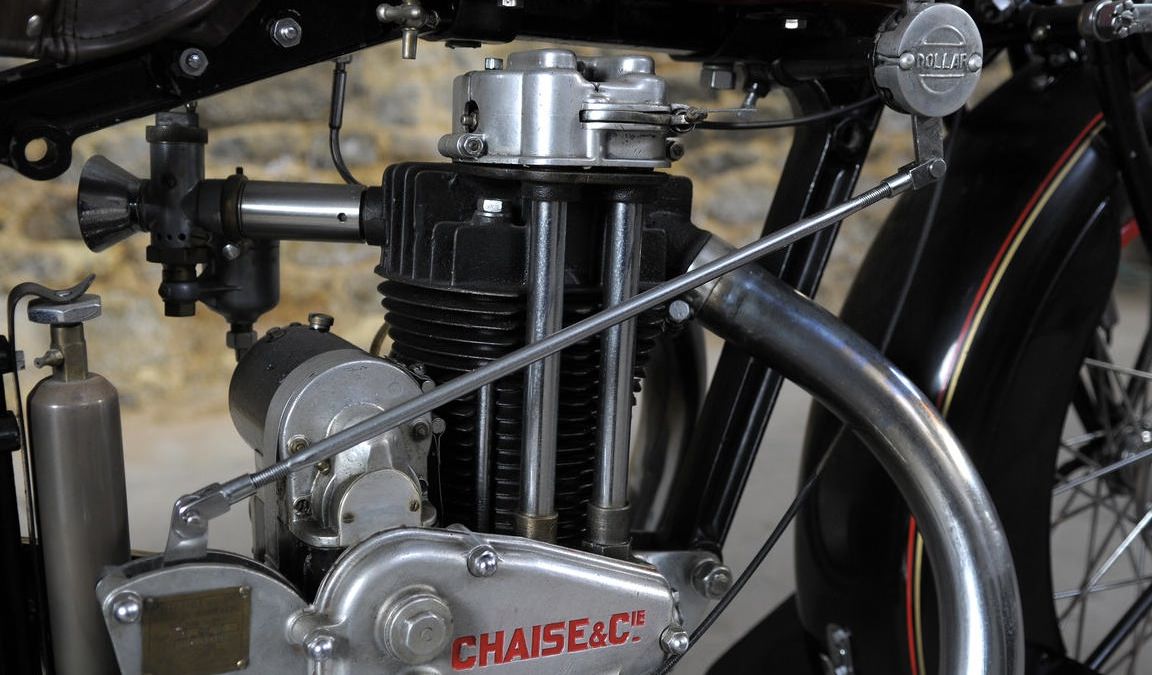