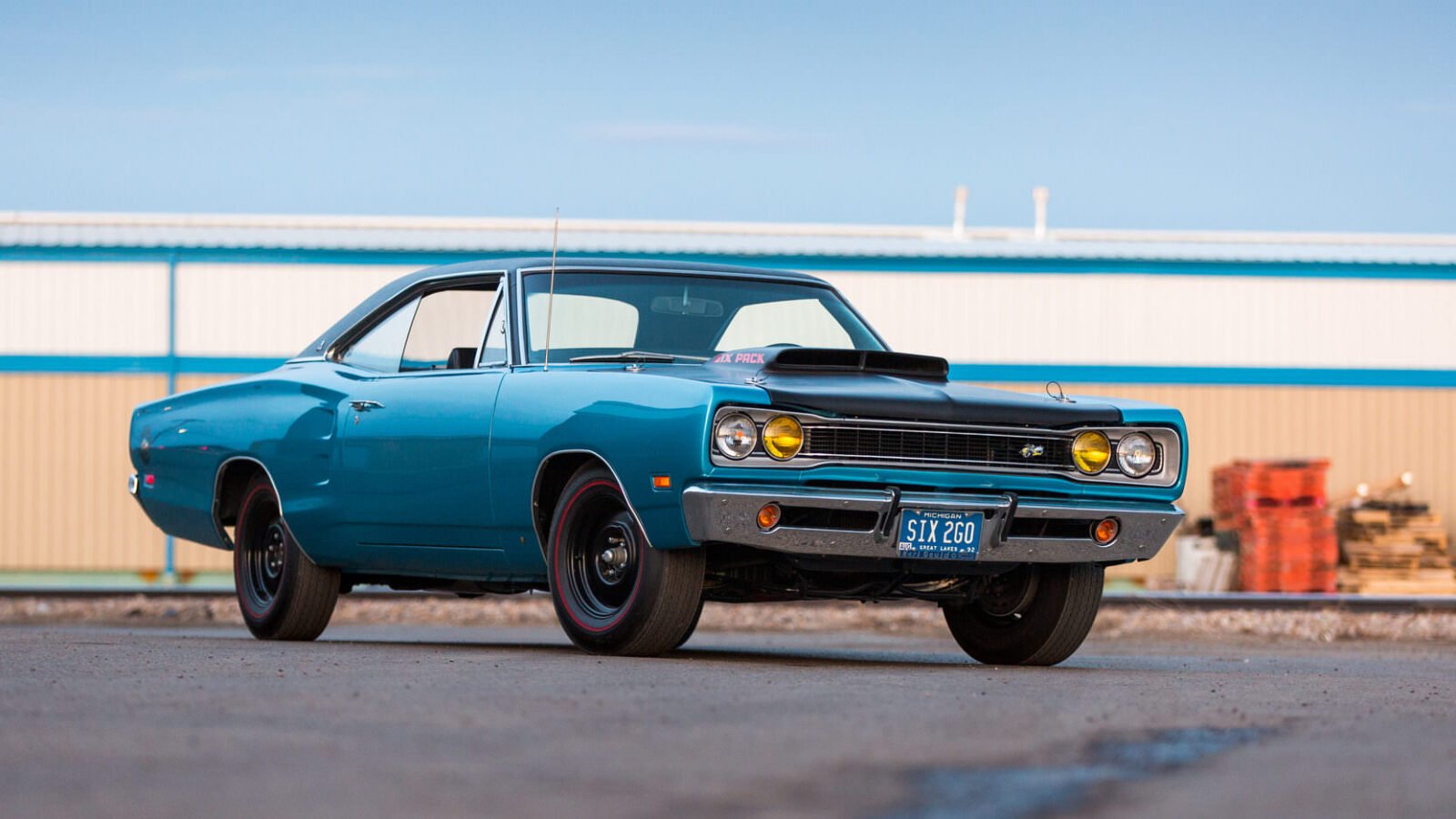 The Dodge Super Bee was named for the platform it’s based on – the Chrysler “B” platform that it shared with a number of other iconic American cars including the Plymouth Road Runner and the Chrysler 300.

The incredible success of the Road Runner had led to Dodge Division General Manager Robert McCurry requesting a similar model from his own design team, and the name was suggested by senior designer Harvey J. Winn.

In order to accelerate development and keep costs down, the Super Bee was based on the 1968 Coronet convertible and it’s a little longer and slightly heavier than its arch rival – the Plymouth Road Runner. The 1968 and 1969 cars look similar from all angles and were offered with 383, 426 Hemi, and 440 Big-Block V8s. The front was changed for 1970, some loved it and some didn’t, but many collectors today tend to prefer the original cars from the first two years of production.

The biggest engined example of the Super Bee was the 440 cubic inch Big-Block, offering upwards of 390 hp. Of these, the most famous is the “Six Pack” A12 option code cars.

When you were ordering your new Super Bee and you ticked the A12 box, your new car was fitted with three two-barrel carburetors, a heavy duty Dana 60 axle (4:10 gear ratio), either a heavy duty automatic or a 4-speed gearbox, a slew of heavy duty engine parts, black steel rims fitted with G-70 15″ tires, 11″ drum brakes, and a “lift off” flat black scooped hood. 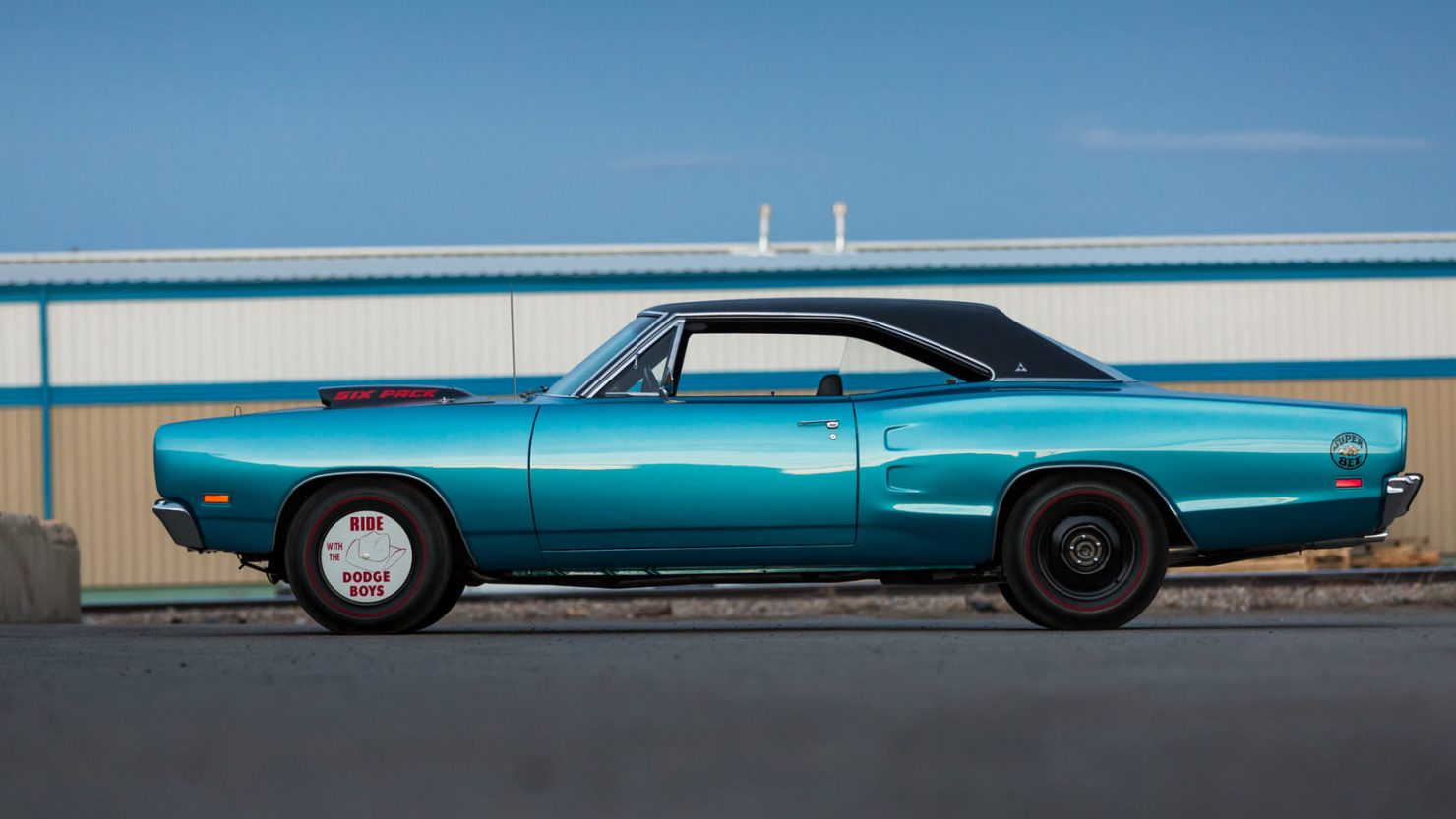 These A12 Super Bees were easily identified by their prominent black hood scoops with the words “Six Pack” on each side in bold lettering. Enthusiast drivers typically favored the 4-speed manual gearbox, and today collectors still do. These manual cars were fitted with a Hurst Competition-Plus shifter with Hurst linkage – offering better shifting than the Inland shifter and linkage fitted to the Road Runner.

The rotisserie restored 440 Six Pack Super Bee you see here is fitted with an aluminum Edelbrock manifold, a dual exhaust, and that all-important A833 4-speed transmission with its correct Hurst shifter.

The car is wearing a fresh coat of B5 Blue Metallic with its black vinyl top, black steel wheels, and period correct Firestone Redline tires – including a rare promotional Dodge Boys driver’s side wheel cover on the front left.

Getting the power from the 440 cubic inch Big-Block to the ground is managed through a correct Dana 9 3/4 inch rear end with a 4.10 Sure Grip differential. If you’d like to read more about this car or register to bid you can click here to visit the listing on Mecum Auctions, it’s due to be sold between the 21st and 23rd of September, and there’s currently no price estimate. 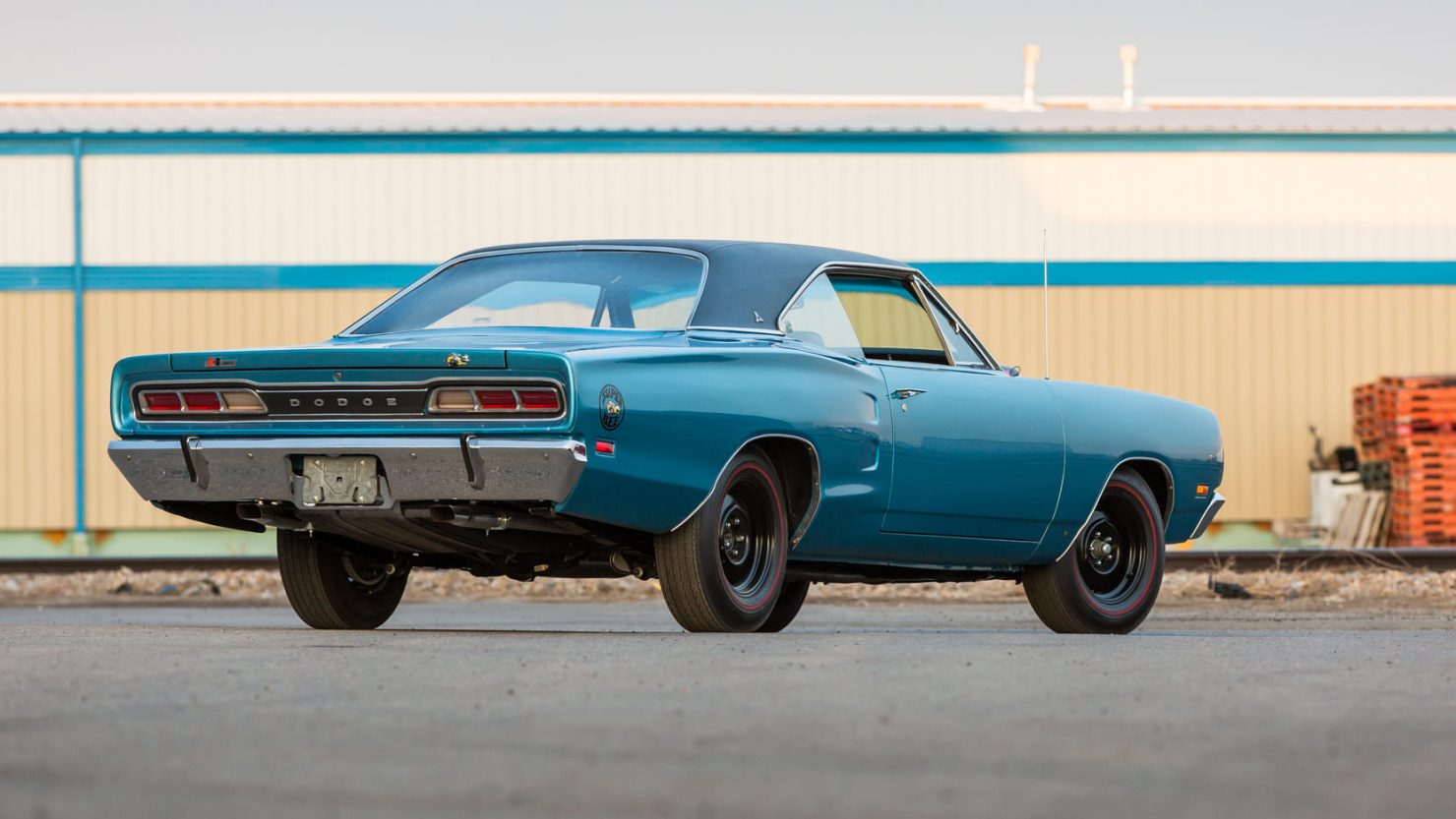 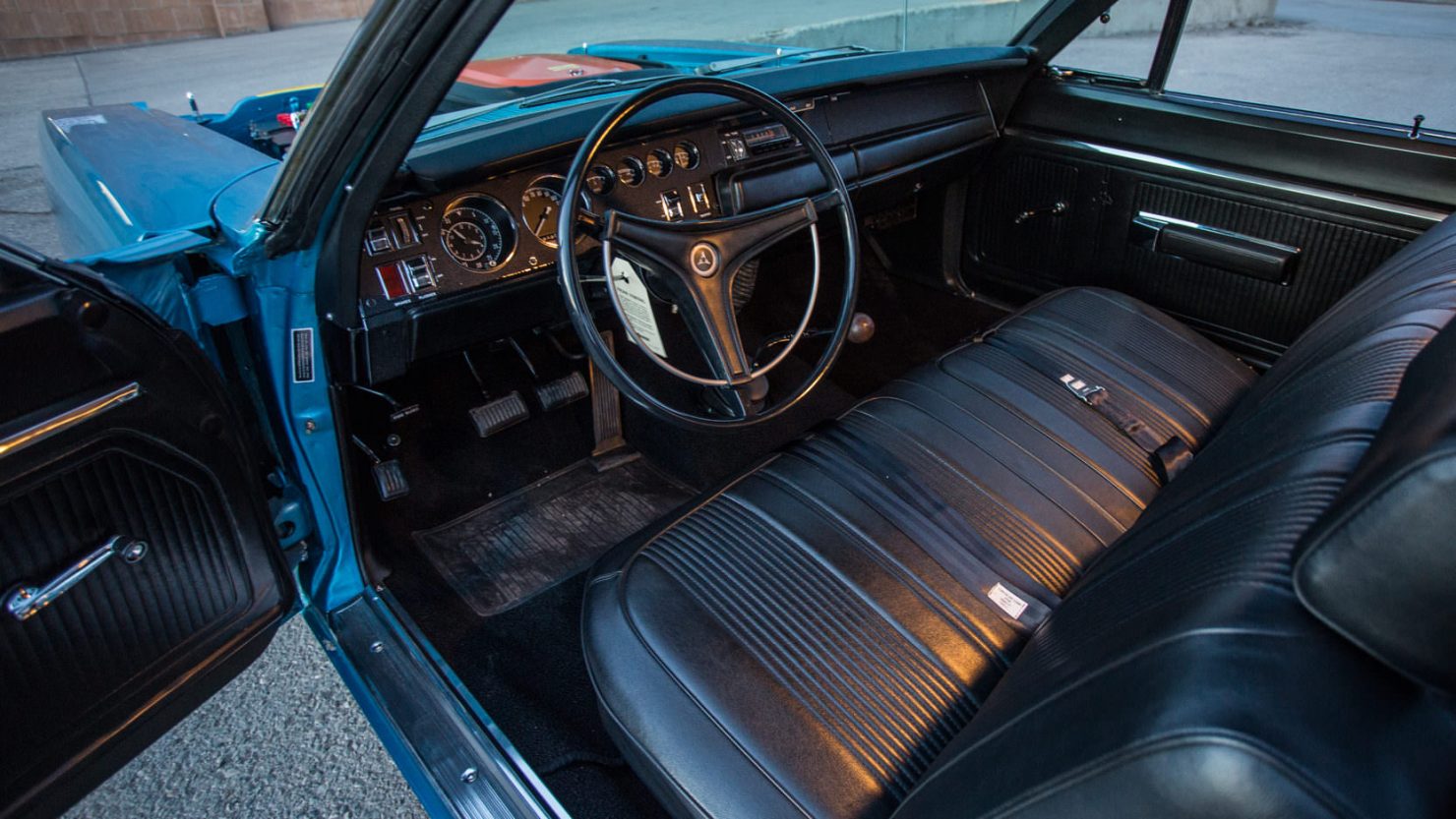 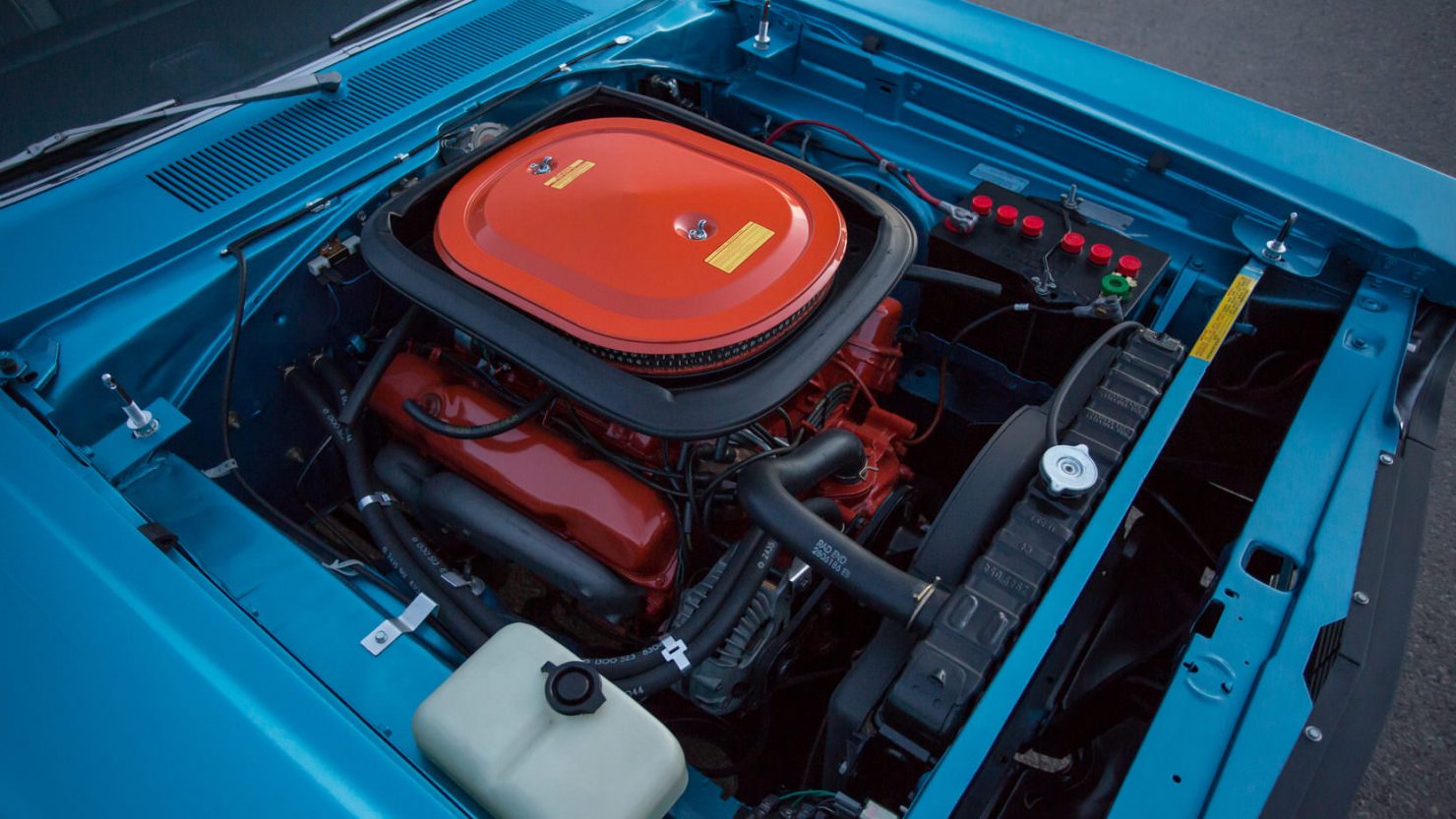 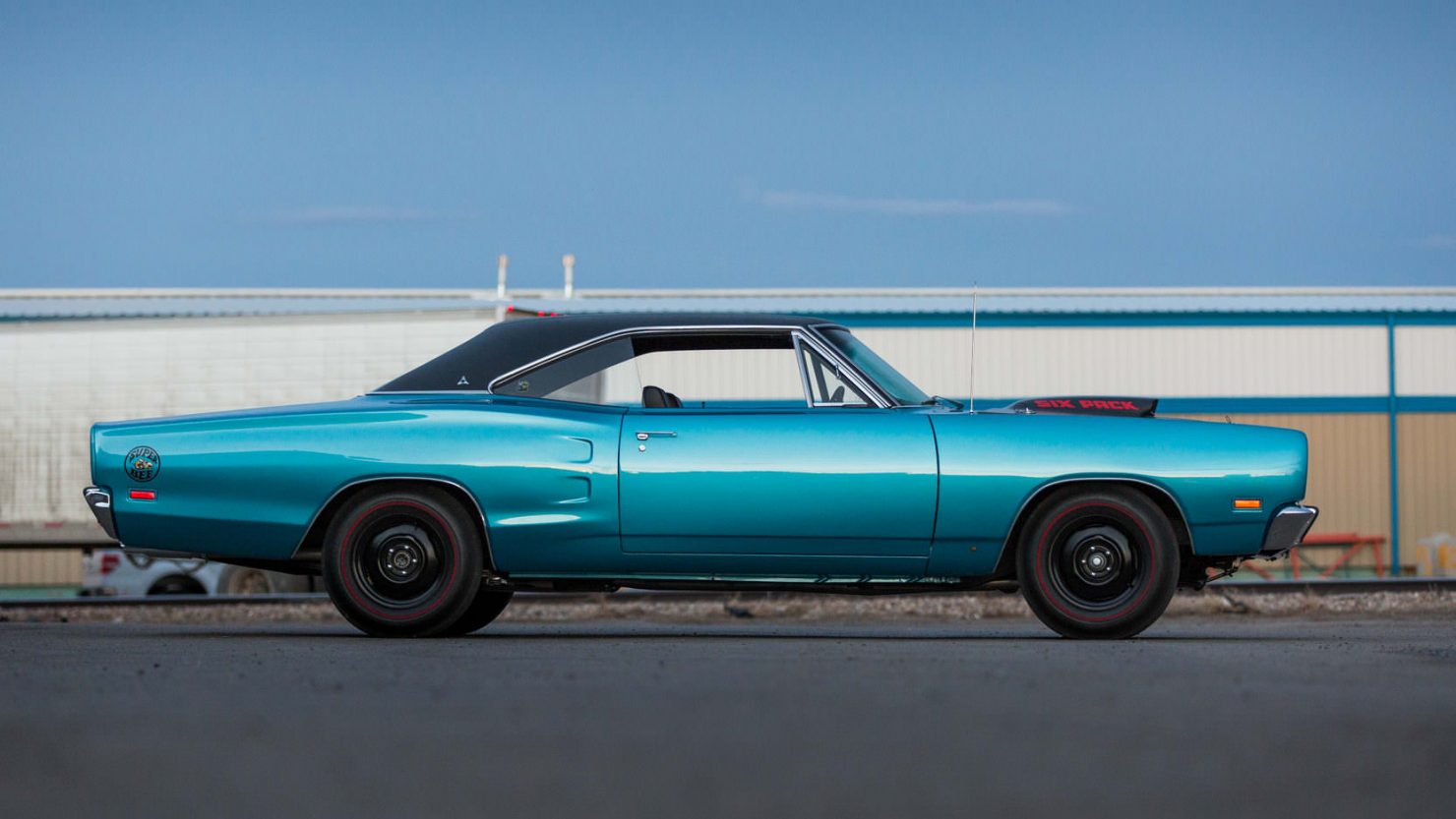 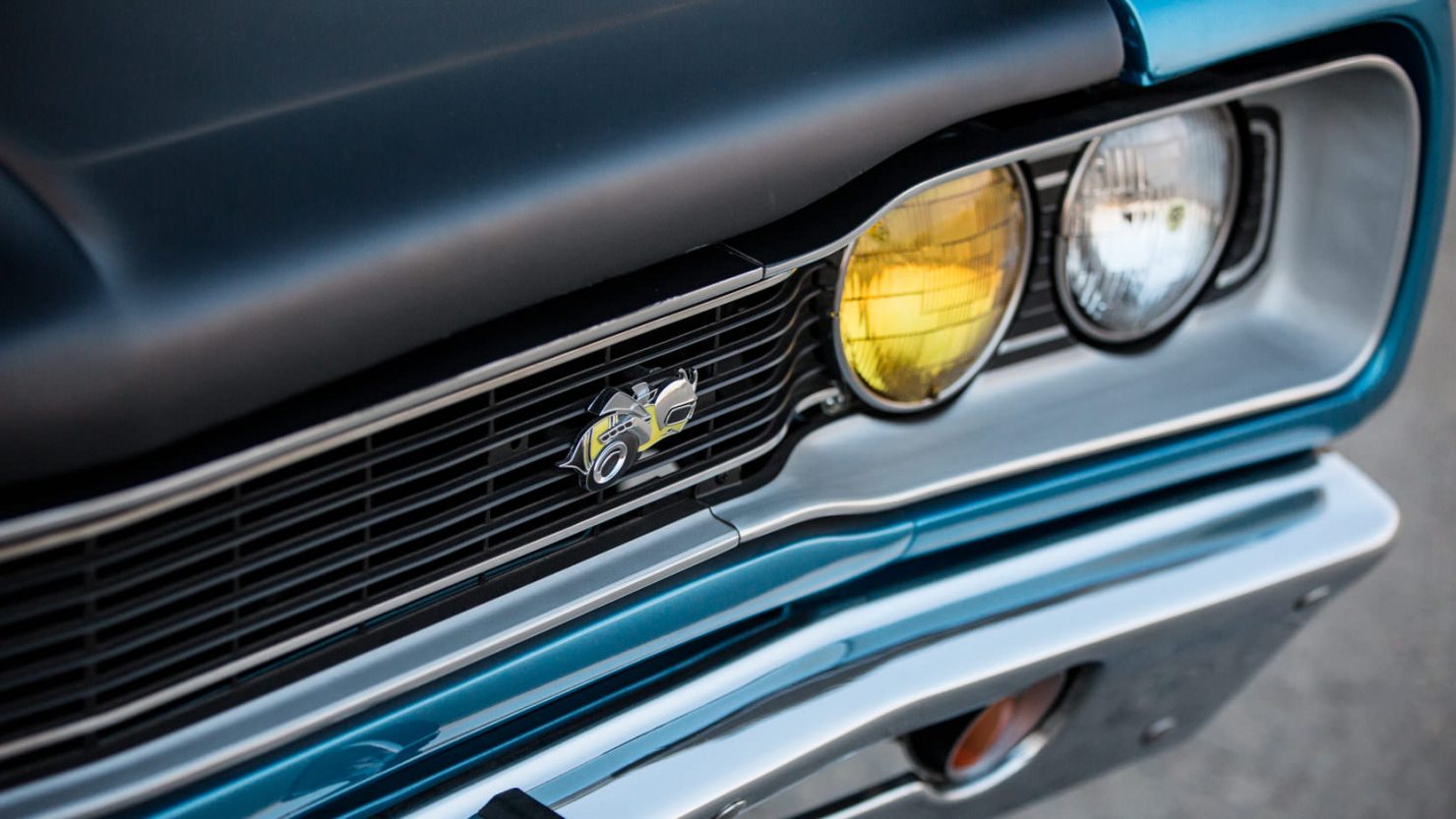 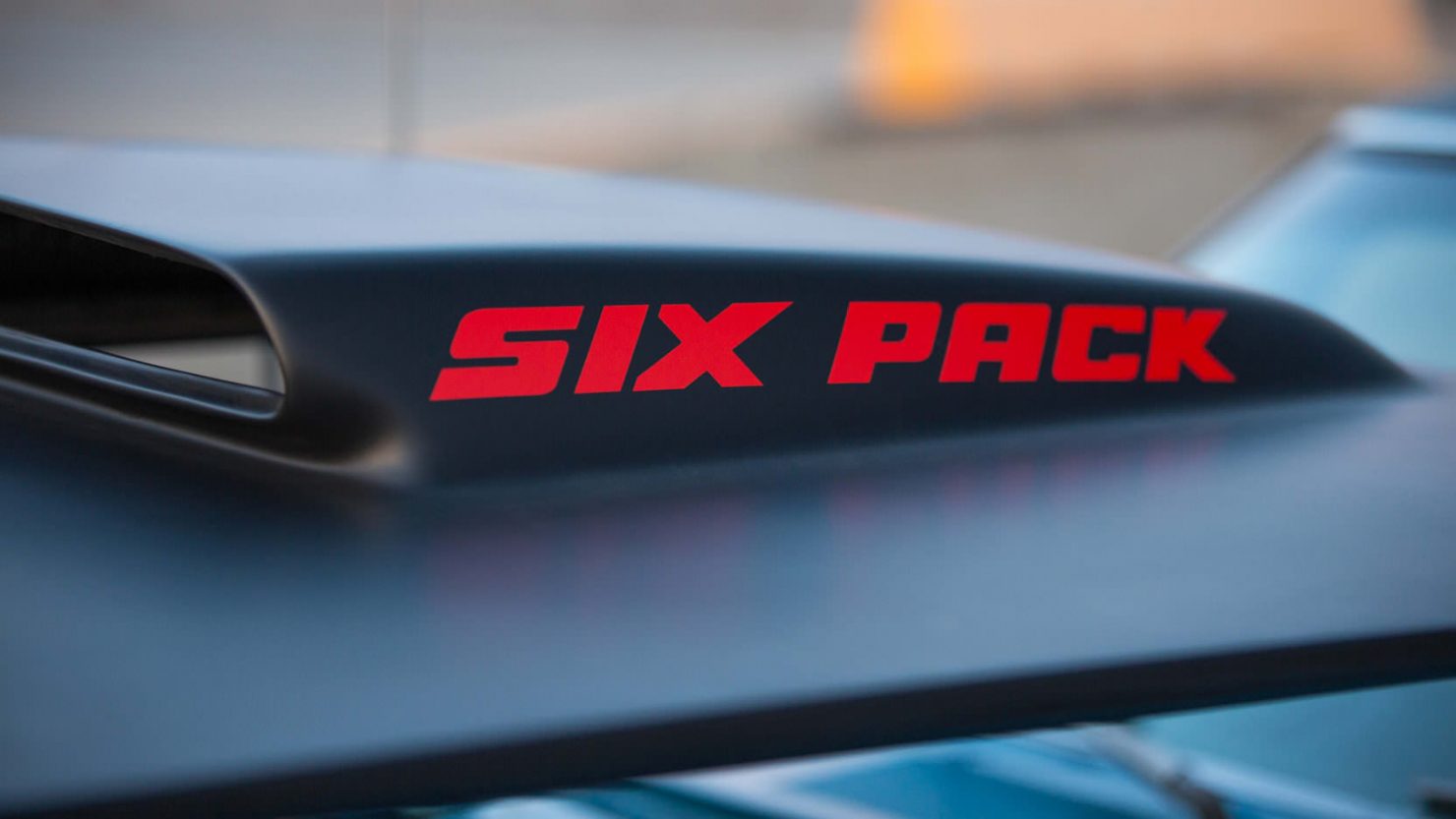 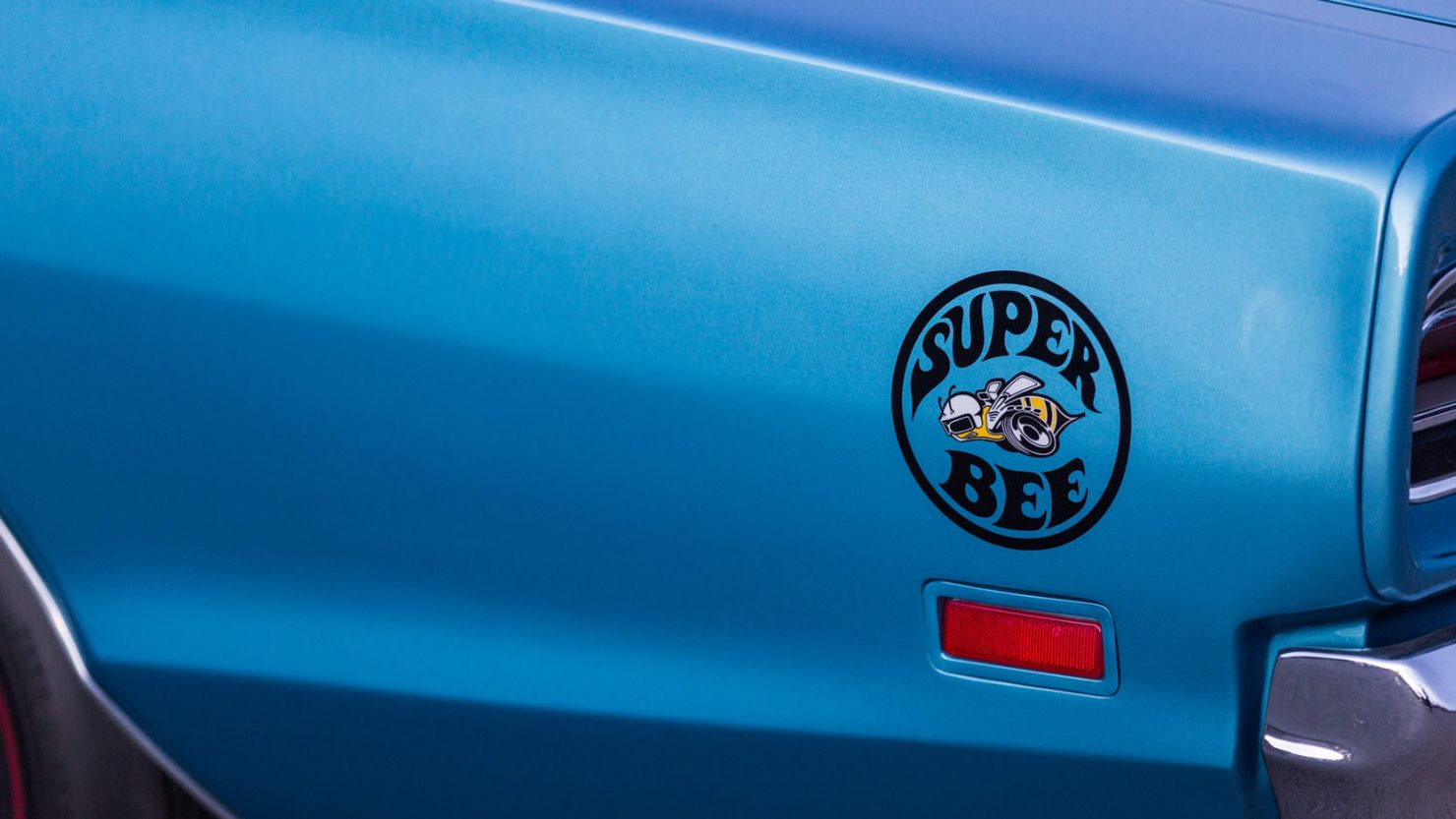 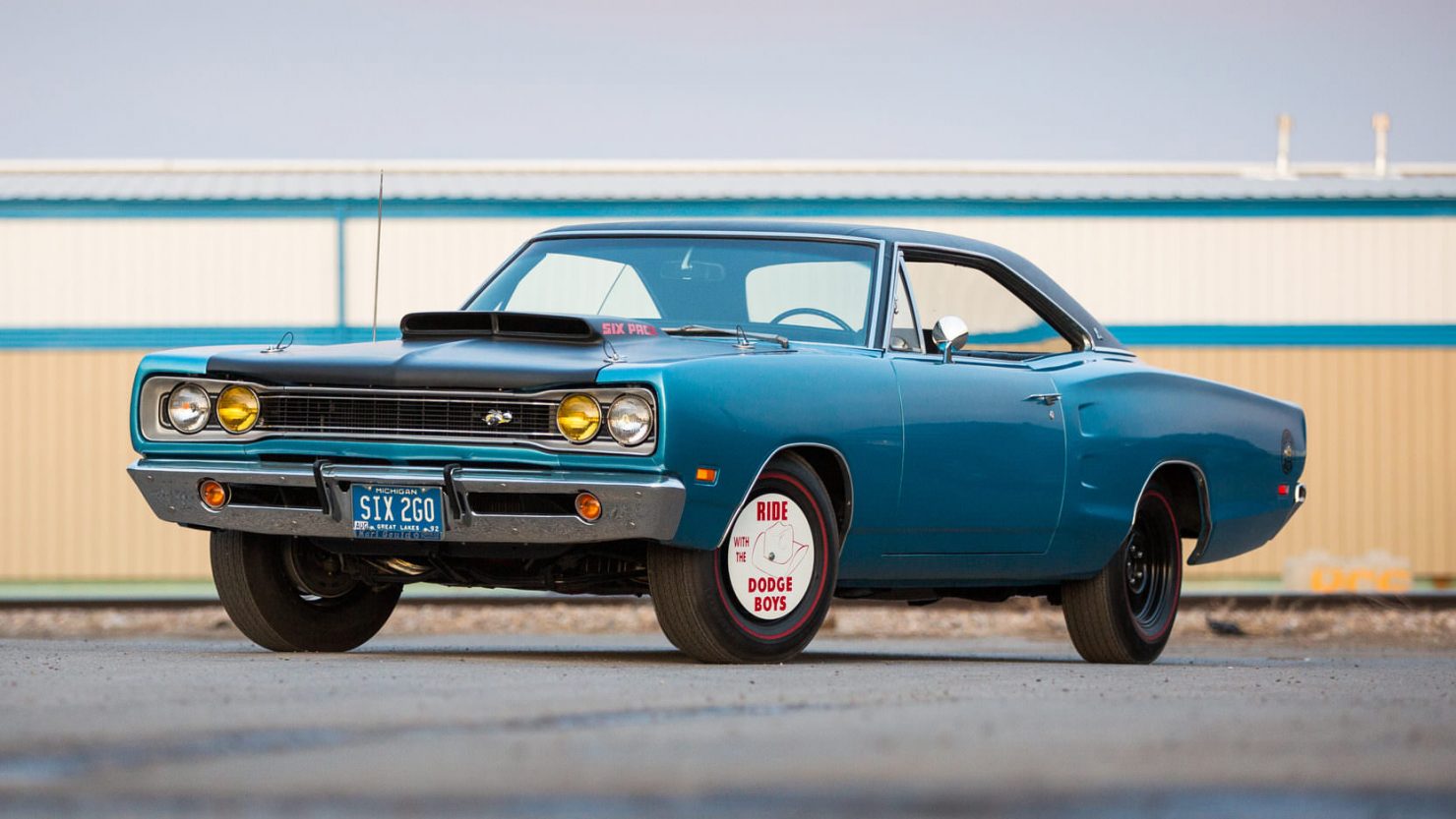 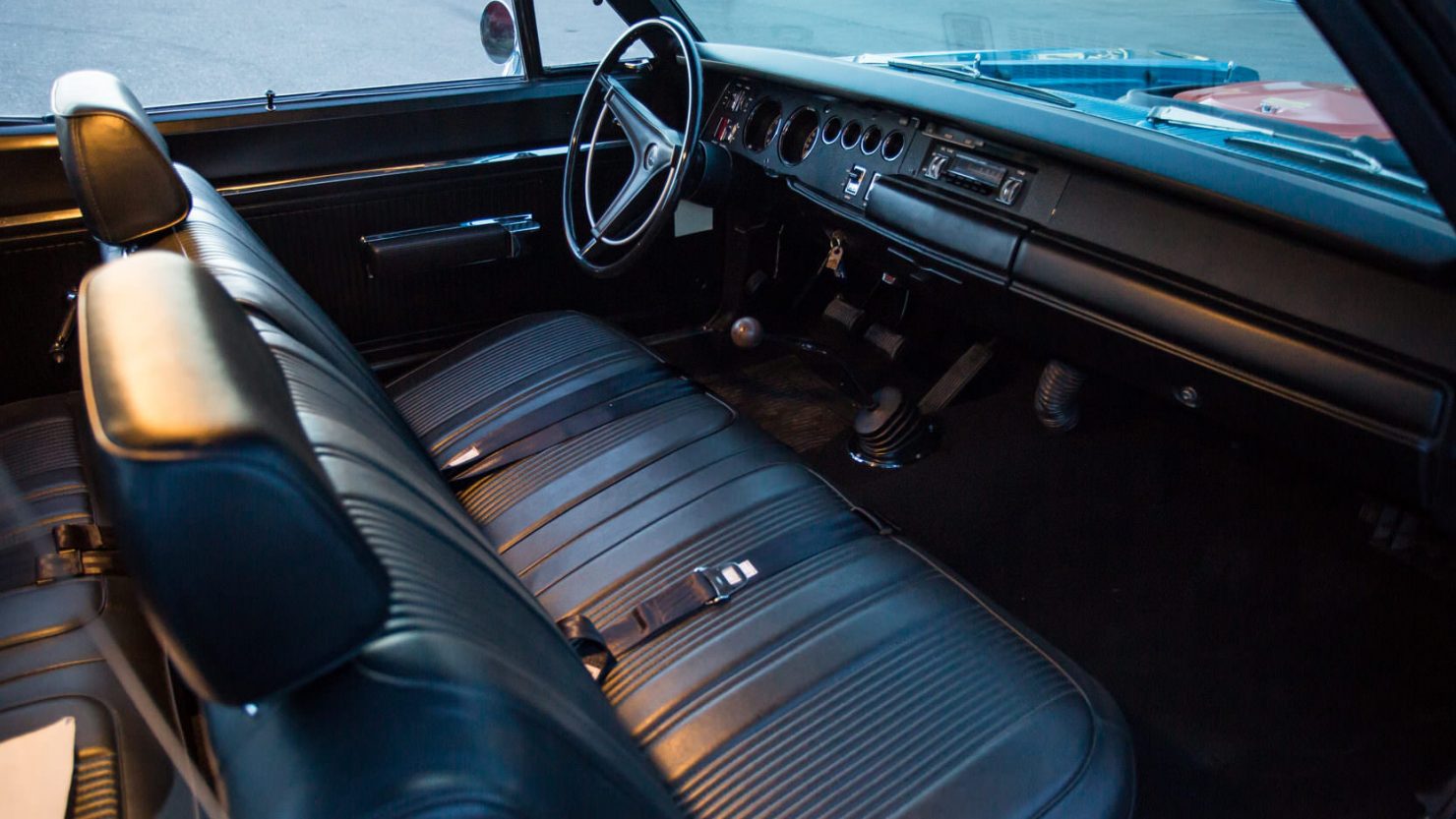 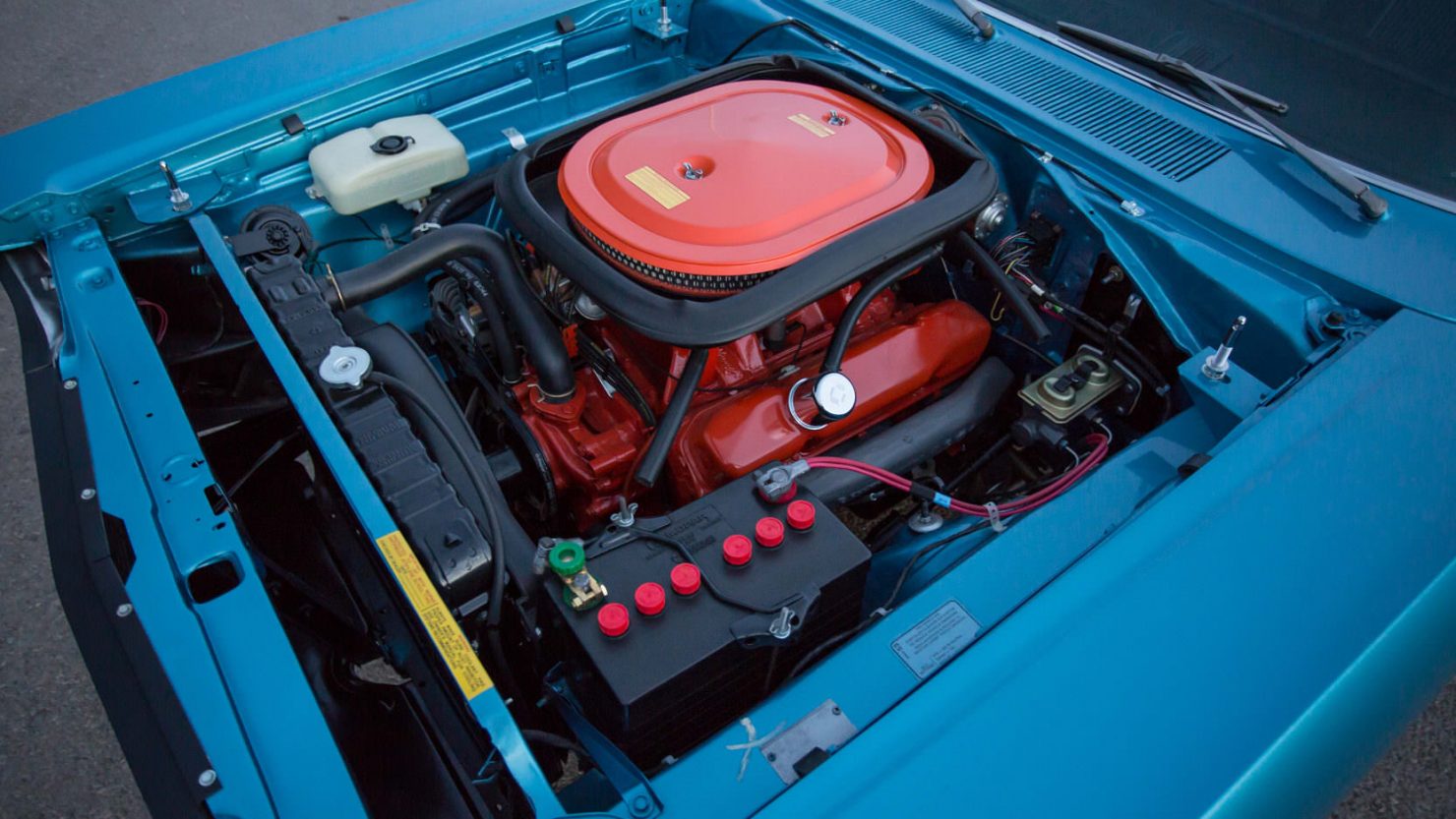 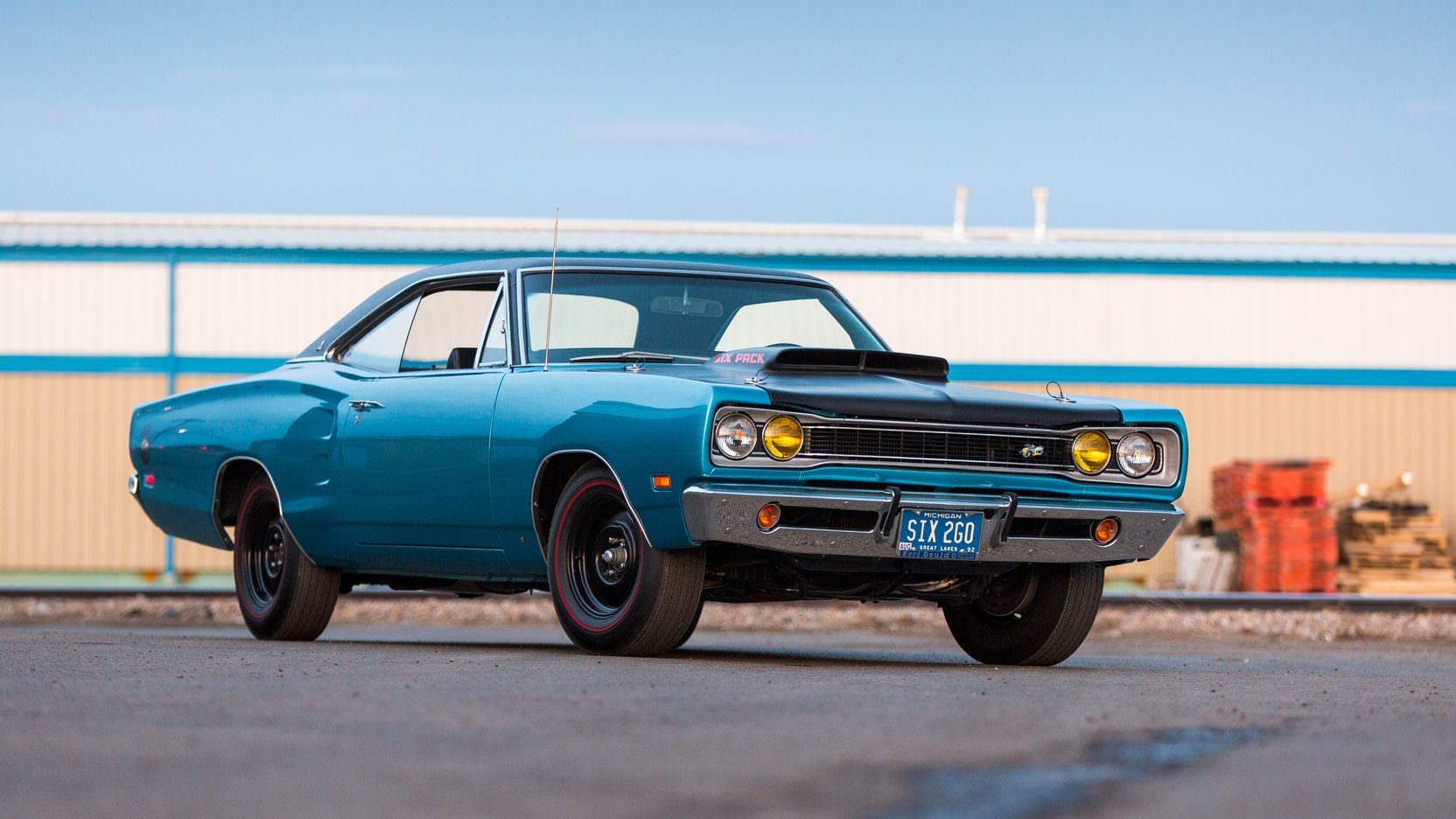