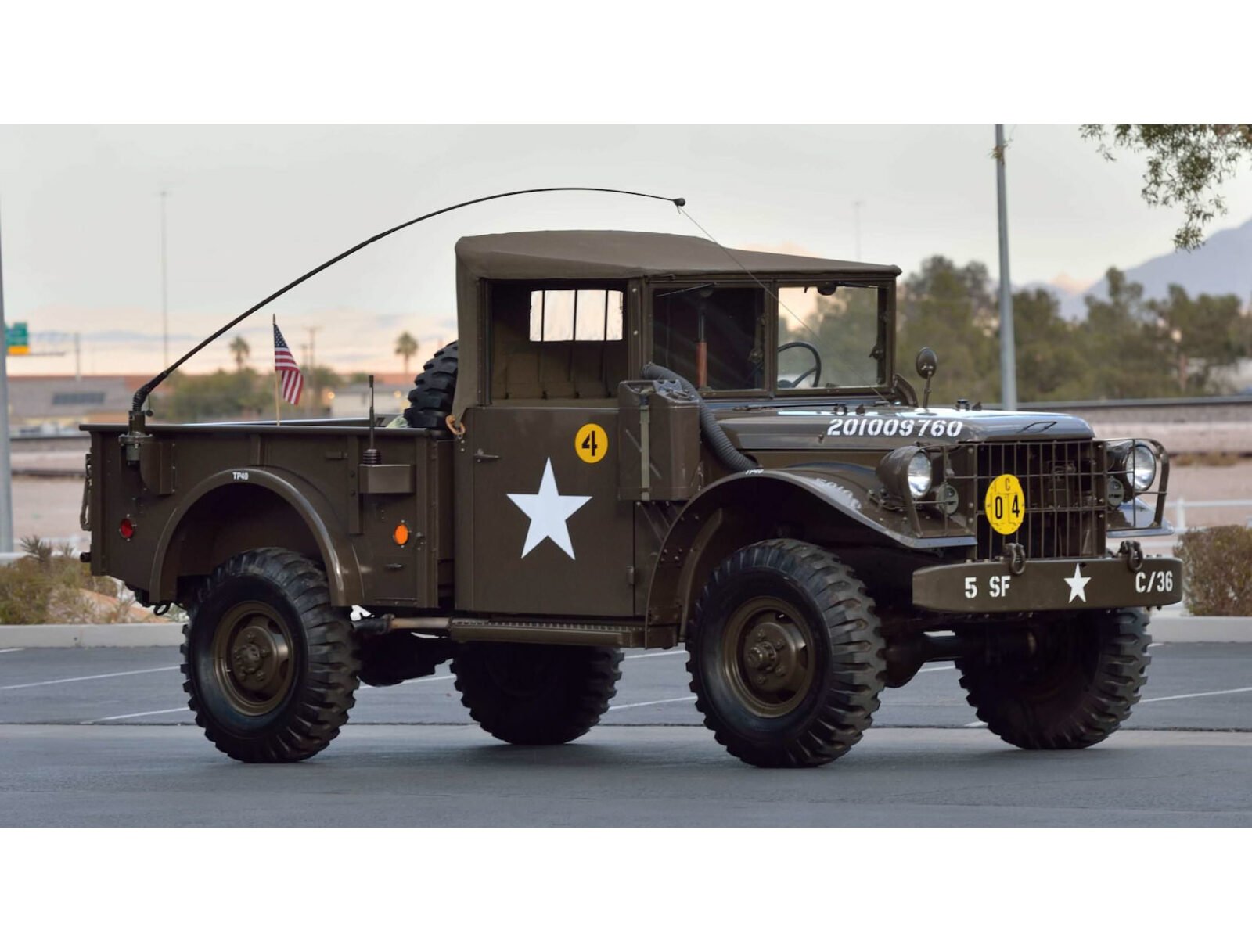 The Dodge M37 was developed as an improved version of the venerable Dodge WC Series 4×4 trucks from WWII. When engineers set to work designing the M37 they took everything that worked well on the WC trucks and redesigned anything that didn’t – resulting in a truck so tough that some of them remain in service to this day with civilian agencies in rural areas.

The Dodge WC 4×4 trucks were critically important vehicles during the war, they also introduced an entire generation of young men to four-wheel drive drivetrains and pickup trucks.

There’s no way of directly quantifying the influence this had on them, but we do know that in the years after WWII the popularity of both 4×4 vehicles and pickup trucks would skyrocket across the United States.

With the 3/4 Ton M37 Dodge were working to fulfill the needs of the US Military heading into the 1950s and 1960s. Although the earlier WC series trucks had been invaluable during the war there were some shortcomings that came to light, and Dodge worked to solve them all. 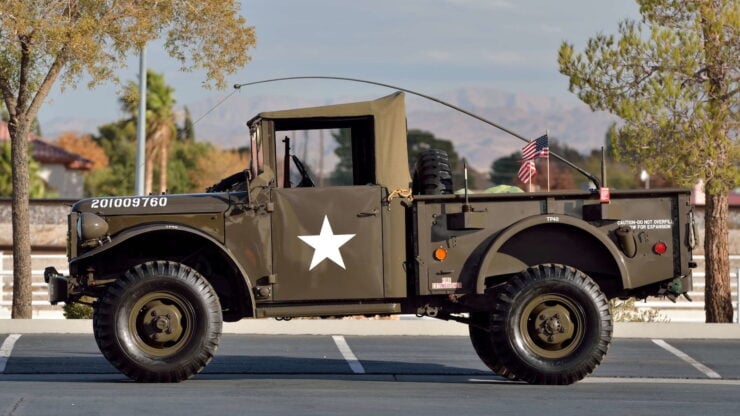 Above Image: The unmistakable profile of the M37, this truck carries all of its period-correct military markings.

Firstly, the width of the M37 was slightly less than that of the WC, and it was also a little shorter – giving it a lower profile. The original four-speed gearbox was replaced with a newer fully-syncromesh four-speed which made the truck much easier to drive for newly enlisted 18 year olds with limited time behind the wheel.

The original inline-six cylinder gasoline engine from the WC series was modified for use in the Dodge M37. This engine was originally sourced from a 1930s era passenger car, however it had been through a series of modifications for use in trucks. Power was just 78 bhp at 3,200 rpm however the M37 was never intended to be quick, just tough and dependable. 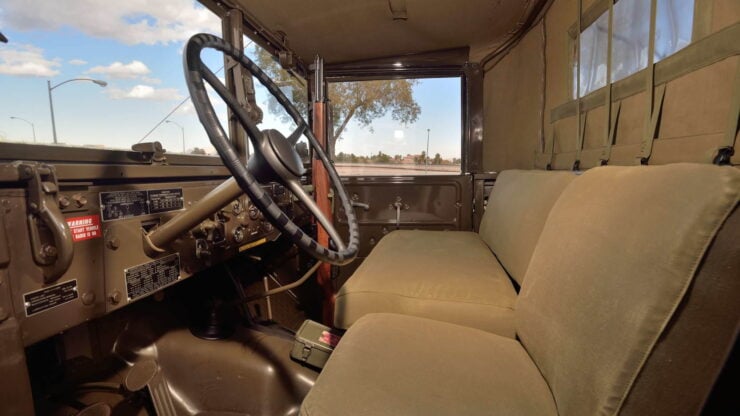 Above Image: Although still utilitarian, the interior of the M37 was a considerable improvement over its predecessors.

Once they were slowly retired from service many were sold into civilian hands, and today they’re seeing a surge in popularity along with many other vintage 4x4s.

The 1953 Dodge M37 you see here has been given a full frame-off restoration, it was resprayed with period-correct military markings and numbers, and it’s fitted with the correct information plates. It carries the correct field tools on the tailgate and it’s sitting on 9×16 non-directional military issue tires.

Inside you’ll find a reupholstered interior, there’s a multi-purpose box on the floor, and the steering wheel and other plastic items are in excellent condition.

If you’d like to read more about it or register to bid you can click here to visit the listing on Mecum, it’s due to roll across the auction block in March. 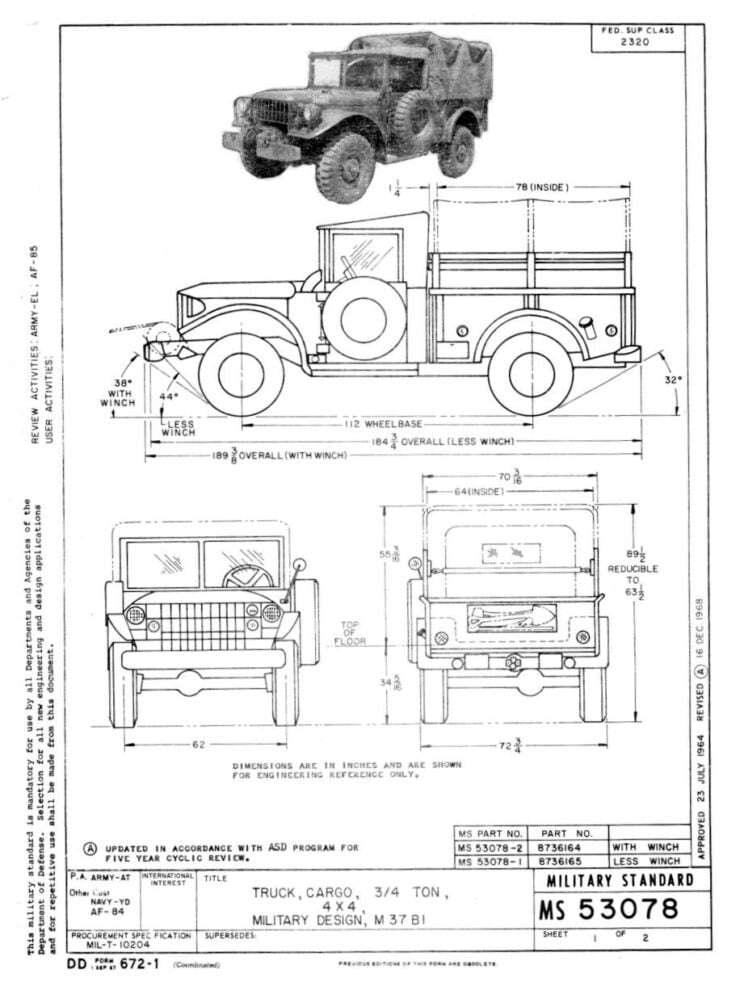 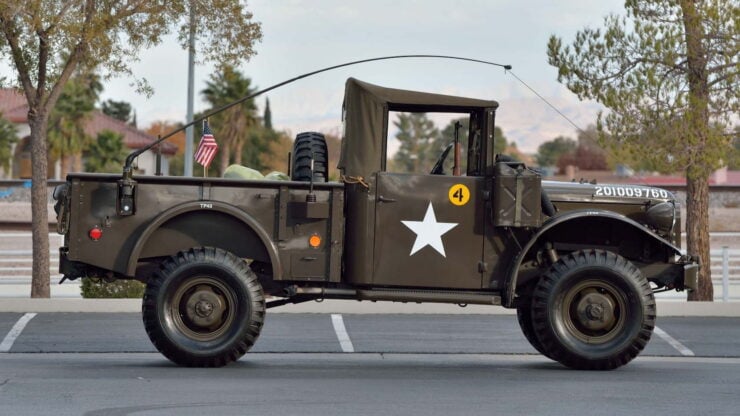 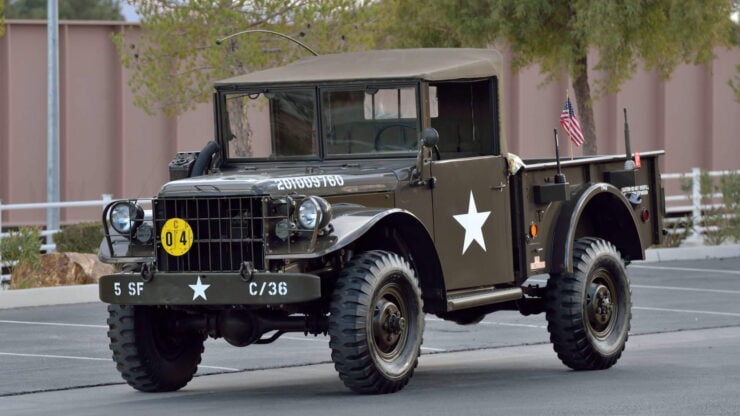 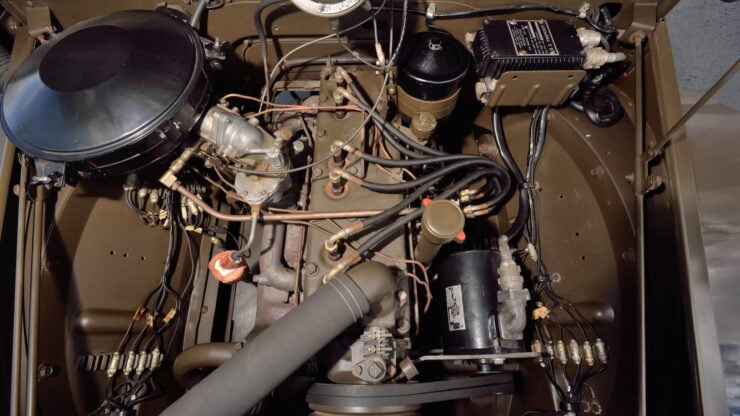 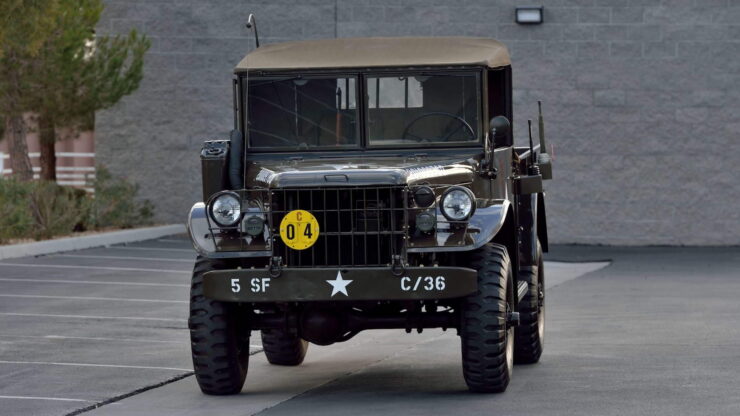 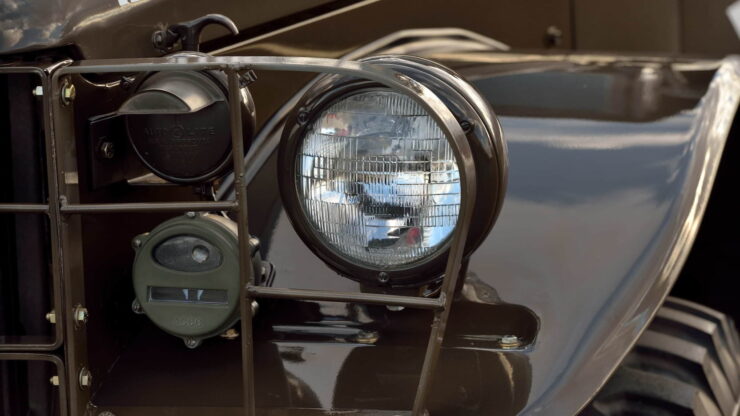 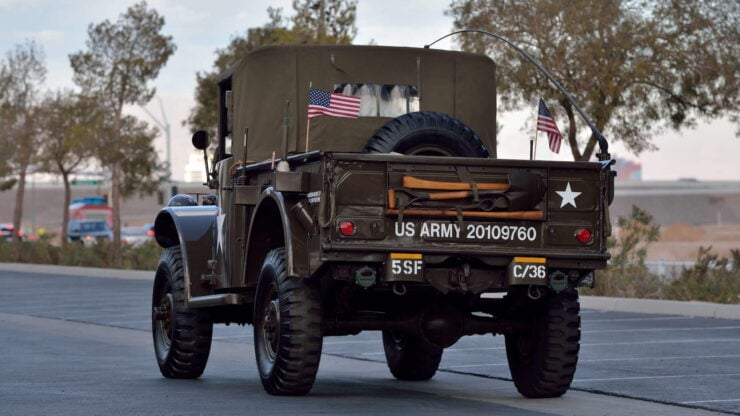 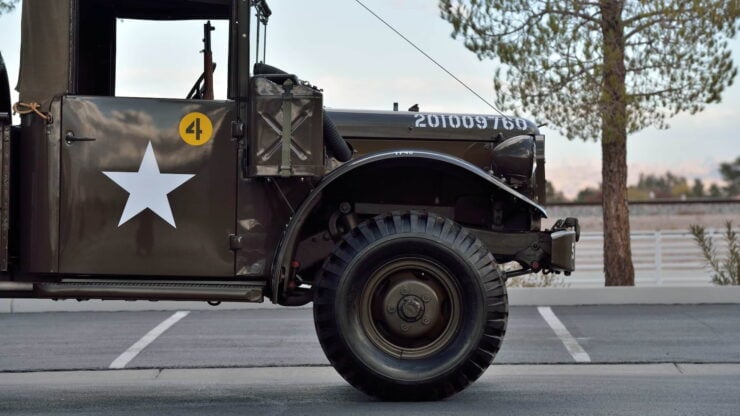 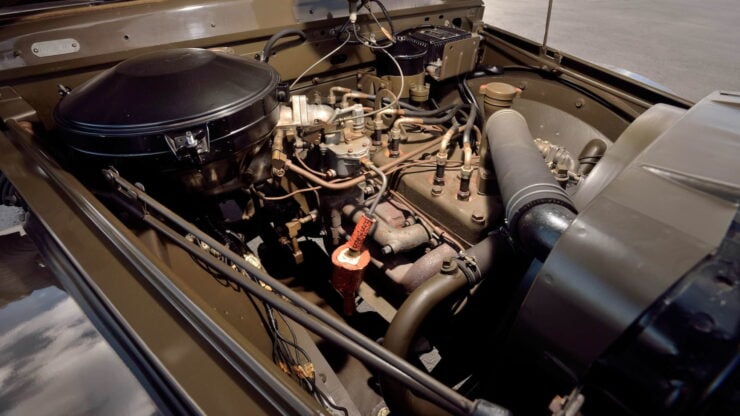 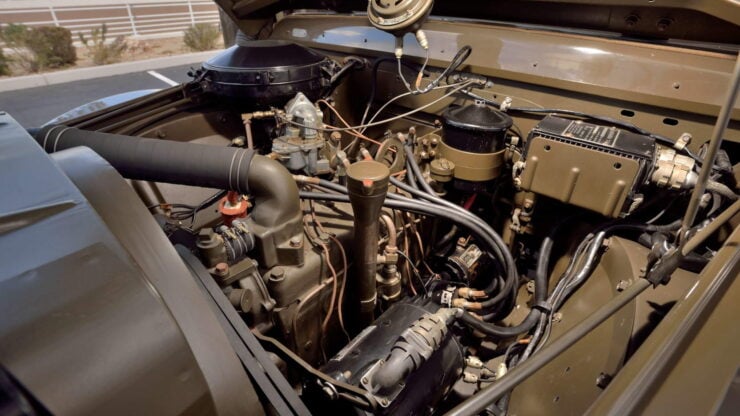 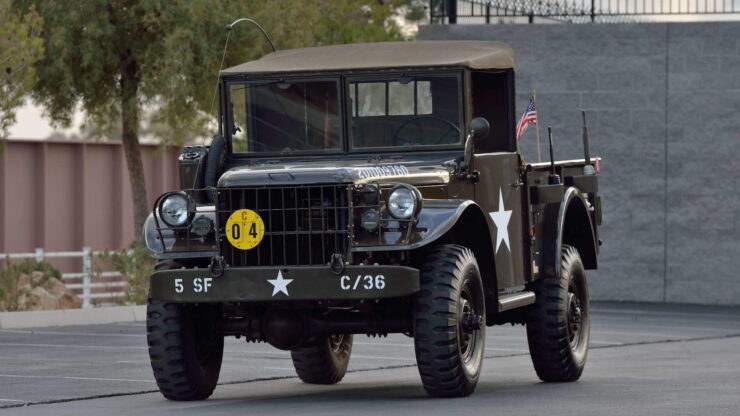 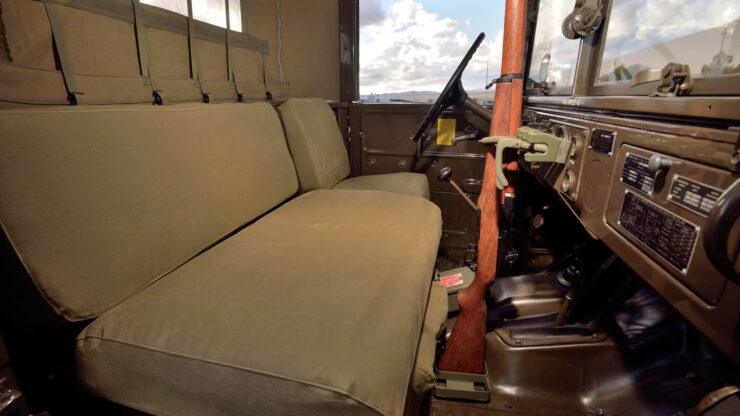 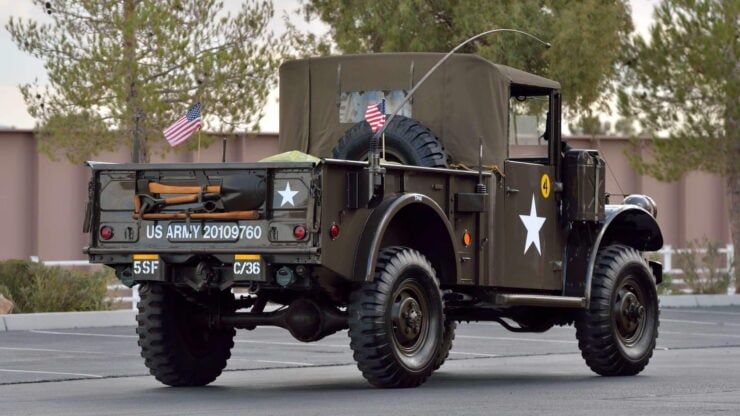 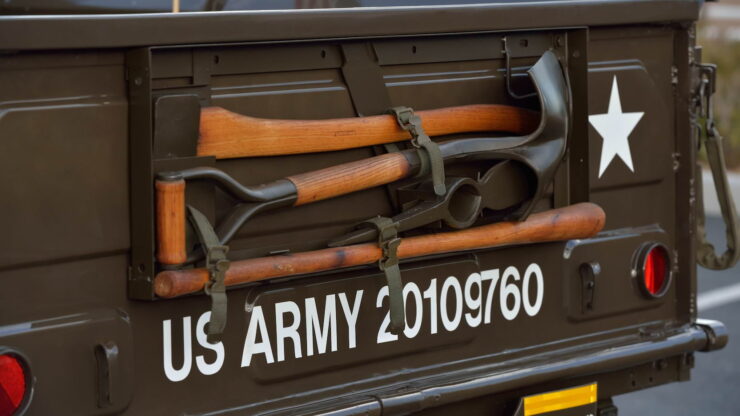 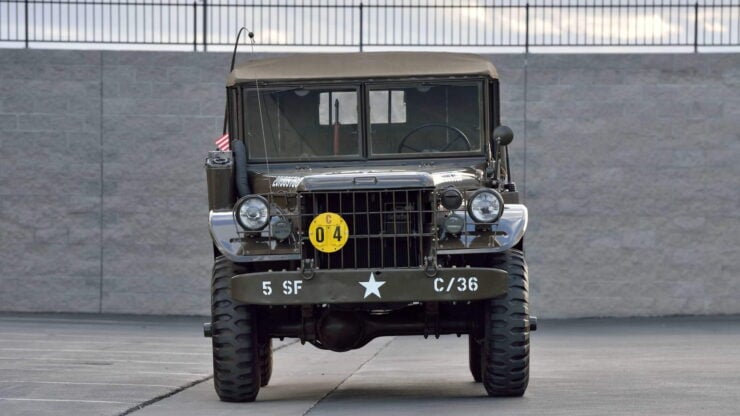 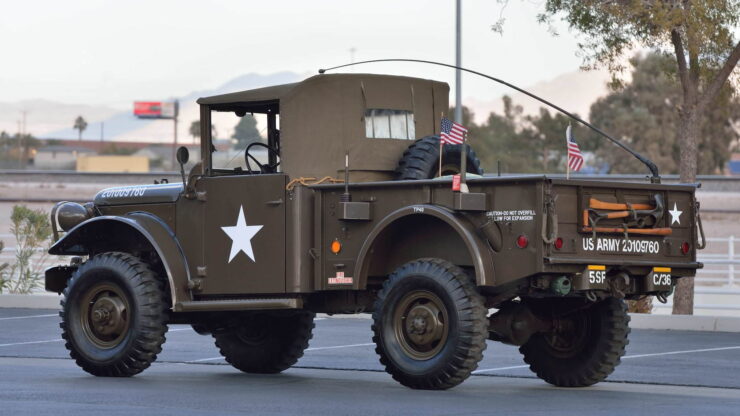