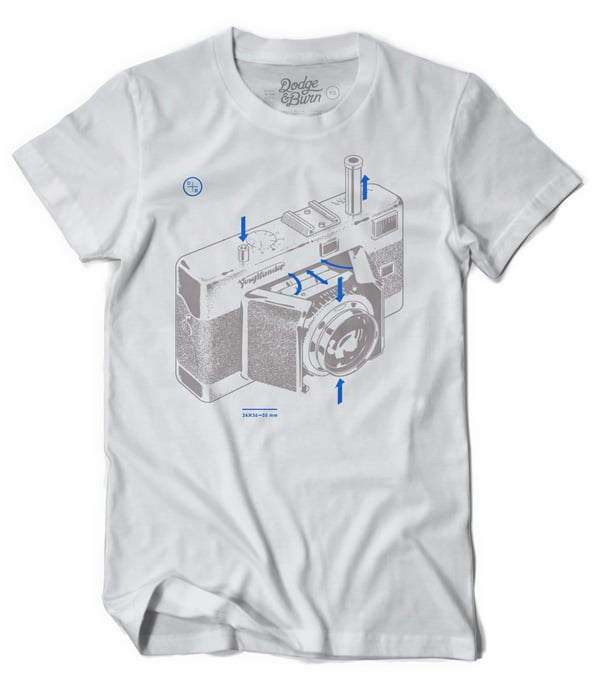 Dodge & Burn consistently turn out some of the most appealing tees we’re finding anywhere, although I guess the level of appeal is going to depend on how much interest you have in the industrial design of vintage cameras.

This t-shirt features the Vitessa camera, which was introduced by Voigtlander in the 1950’s and features a plunger film advance, a concertina lens and a pair of saloon doors to hide the lens when not in use.

This tee is available now via Dodge & Burn here for $29 USD.