This film, titled Seven Survivors, tells the story of the 1963 East African Safari Rally, one of the toughest and most arduous motor races in the world at the time – in this year only 8% of the competitors managed to finish.

1963 would be one of the most important races in the history of the East African Safari Rally, it was the first year that the event was a qualifying round for the RAC World Rally Championship.

It was also the first year that Japanese factory teams Nissan and Hino took part, and due to the heavy rains, it had the lowest finishing rate in the races history – just 7 cars from the original 84 would see the checkered flag. 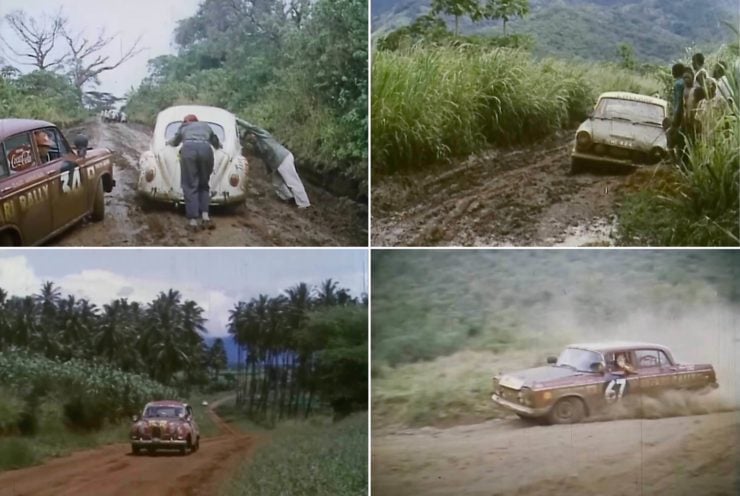 Due to heavy rains and almost impassable terrain, the 1963 East African Safari Rally has been called the hardest ever running of the event. Just 8% of entrants made it to the end.

The East African Safari Rally was first held in 1953, originally as the East African Coronation Safari in honor of the coronation of Queen Elizabeth II. The race was founded by a pair of Kenyan businessmen and keen amateur racers Neil and Donald Vincent who had grown bored with circuit racing.

In the early years of the event it would be largely dominated by local African drivers who were experts at navigating the local terrain and dealing with local weather conditions. The East African Safari Rally is still being held today, the 69th running of the event concluded last month in late June. 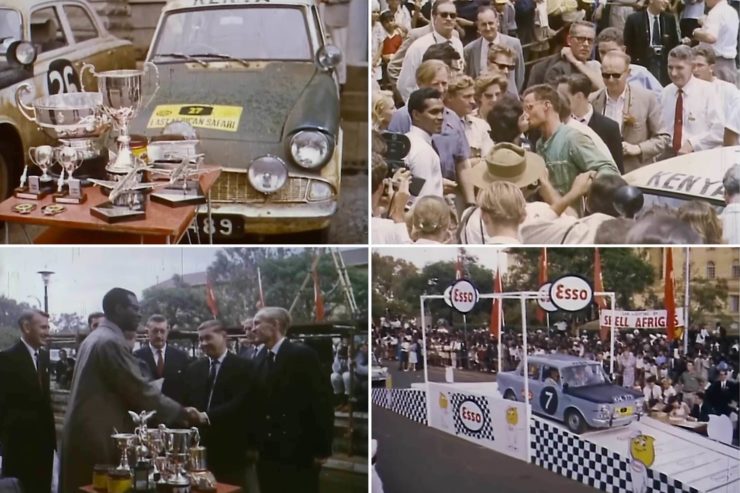 84 teams from around the world came to compete in 1963 including multiple teams from Britain, Europe, and Japan. But as was often the case, it would be the local African teams that romped to victory.

This 20 minute film was created by Ford of Britain to celebrate the Ford Cortinas and Ford Anglias taking part in the even. It’s named “Seven Survivors” after the 7 drivers who finished the event.

Read more about the history of the East African Safari Rally here. 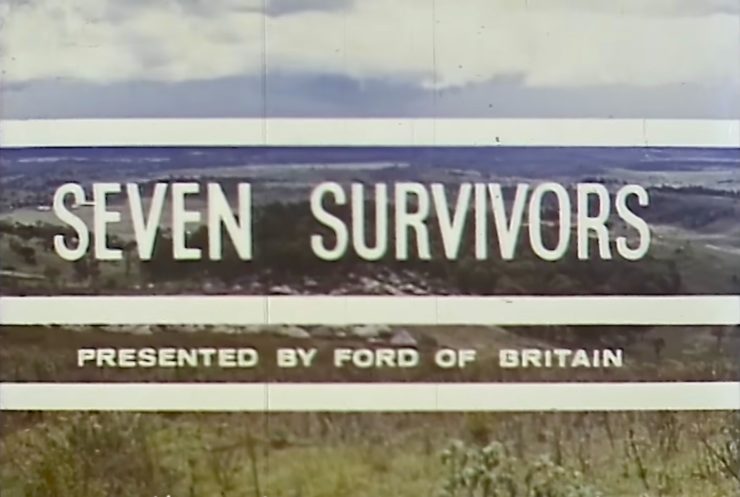