The Australian Desert Boot has been an iconic piece of footwear since long before my time, the boots were originally designed for desert use and have soles designed to sink and slide as little as possible on loose sand, they also have just 4 lace holes per boot, allowing the wearer to whip them off and empty out sand with minimal fuss.

This pair by Deus Ex Machina are the quintessential example of the classic desert boot and you can grab a pair via the DEM store here. 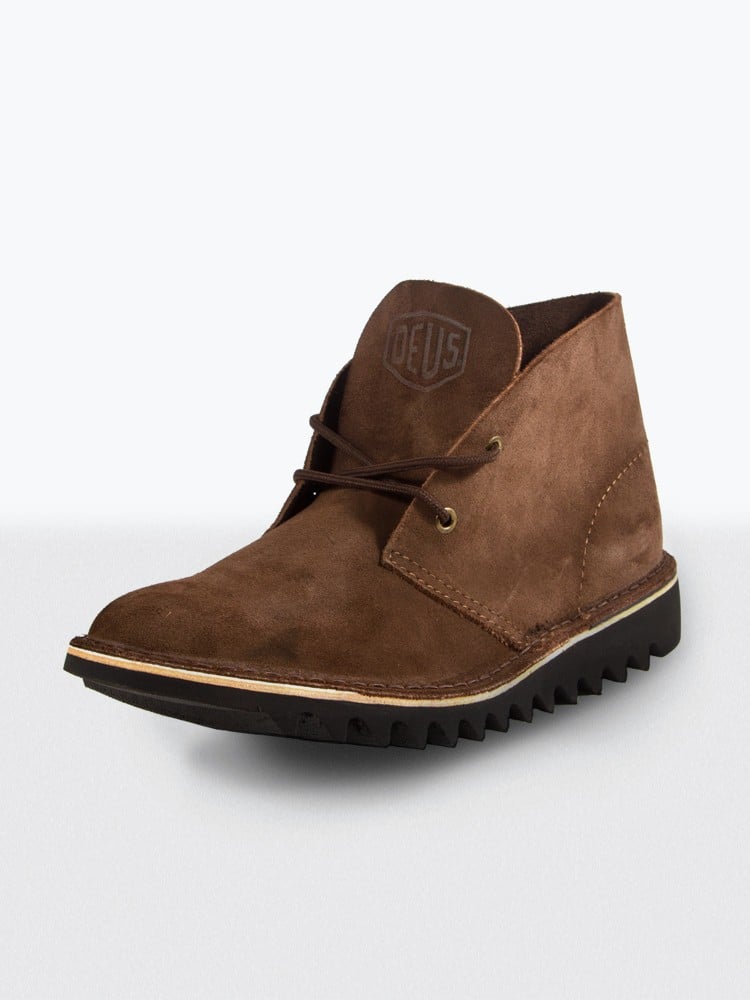