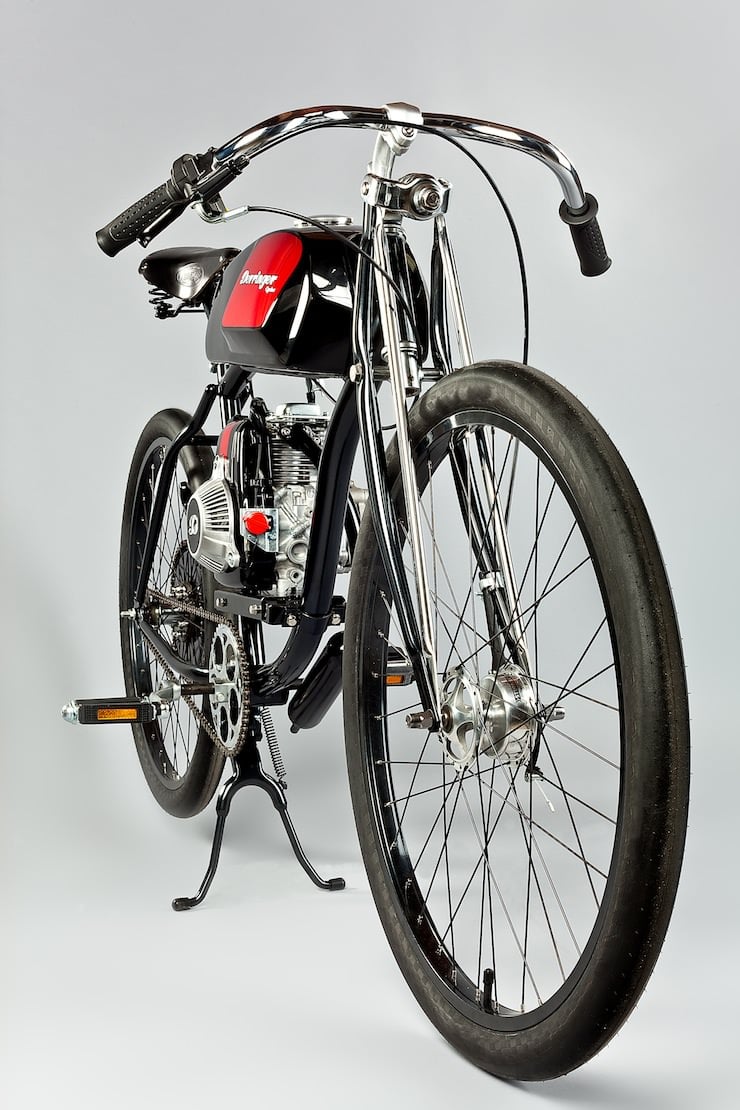 We’ve featured the work of Derringer Cycles in the past, they build what are quite possibly the best production motorised bicycles in the world and their attention to aesthetics and detail is second to none.

Each of Derringer Cycles are fitted with an overhead valve 4-stroke engine with a displacement of 49cc, a GGB gearbox with centrifugal clutch, it’s also fitted with a 70mm drum front brake and a coaster style rear brake.

The Derringer bikes can manage approximately 180 mpg (depending on usage), they’re fully CARB and EURO 2 emission compliant and once you’ve run out of gas you can peddle yourself home, making the bike a hybrid of sorts. If you’ve been looking at Vespas as a method of urban commuting you might want to consider picking up a Derringer instead, I don’t think anyone will argue with me when I say they’re far cooler and require much less hair gel. 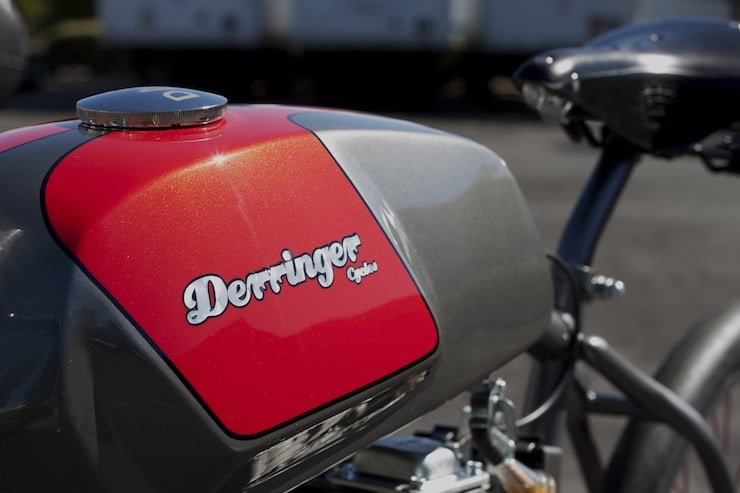 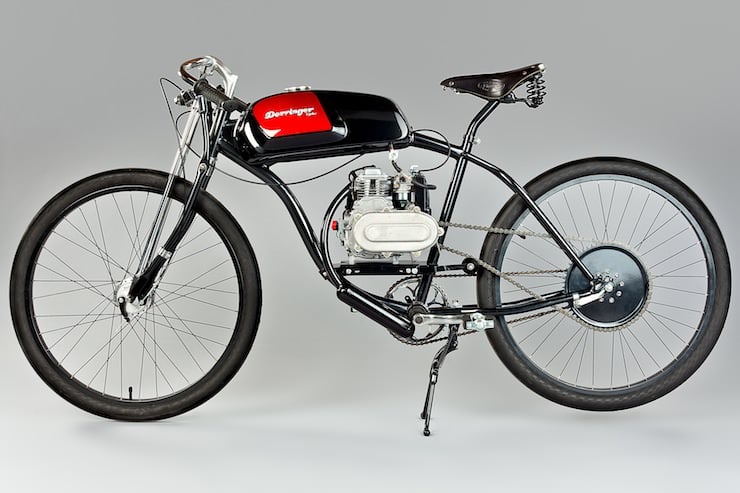