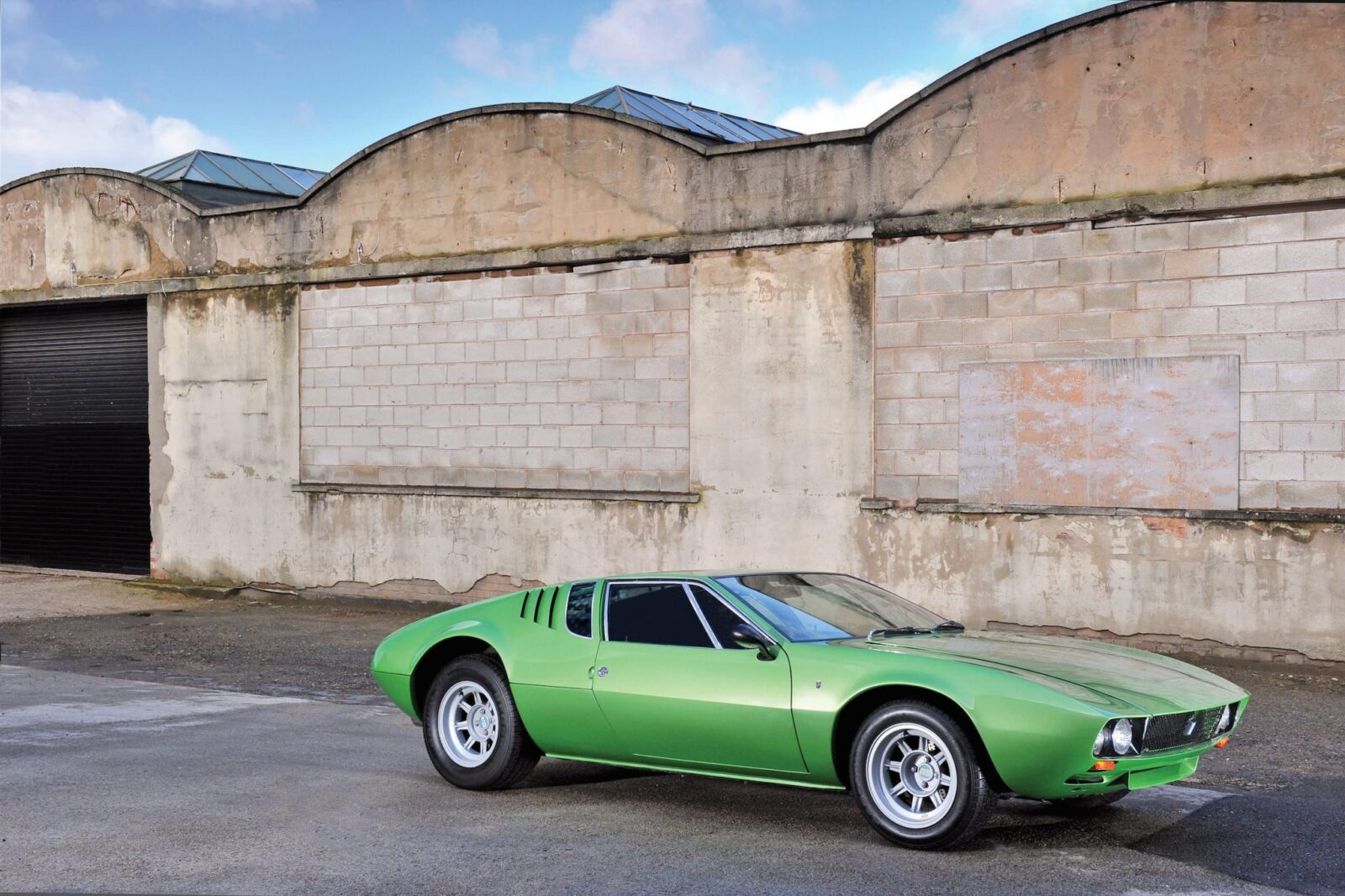 The De Tomaso Mangusta is said to have been named “Mangusta” (meaning “Mongoose”) after a deal fell through with Carroll Shelby to build the next generation Shelby Cobra under the De Tomaso roof in Italy. The mongoose is the only animal that eats cobras in the wild, they’re known as fearless and agile animals with the added bonus of built in acetylcholine receptors which render them immune to snake venom – I’m sure the subtlety of the name wasn’t lost on Carroll.

Despite the agreement falling through the two men are said to have remained good friends and rumours abound that the first few engines used in the early Mangustas were actually built by Shelby’s engineers in the USA.

The Mangusta was released to the public in 1967 as a replacement for the De Tomaso Vallelunga, a car that had been plagued with issues resulting in less than 60 being made. The all-new Mangusta was conceived to battle it out with other mid-engined Italian cars of the era and so it was fitted with a fire-breathing American V8 (either a 289 or 302 depending on the shipment location) coupled to a ZF 5-speed transaxle and clothed in a stunning body designed by Giorgetto Giugiaro.

De Tomaso sold approximately 10 times more Mangustas than they had Vallelunga, making the car relatively successful for the small-scale manufacturer. The design of the car and its American heart led to it being successful in the USA where 251 of the 401 chassis were sold, the ease of maintenance and cheapness of engine parts made it a hugely popular exotic car – it’s been estimated that the Mangusta would have maintenance costs approximately 80% lower than a comparable Lamborghini or Ferrari from the same era. 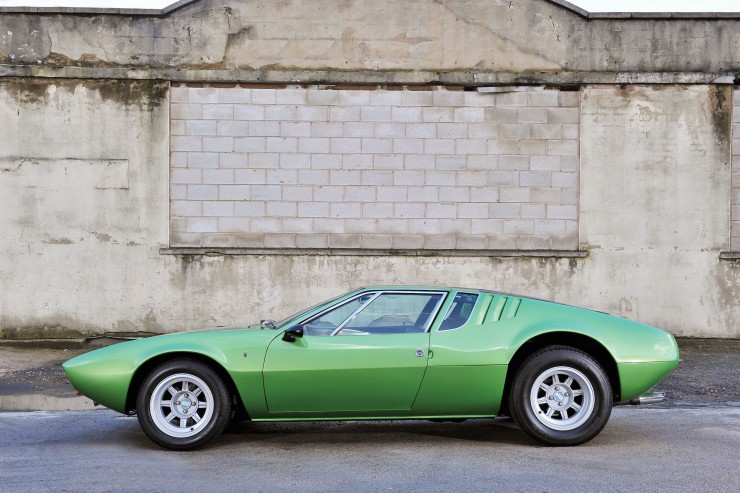 The Manugusta did face a small number of challenges, probably most importantly its weight distribution of 32/68 (front/rear) led to it being a little tail happy when driven with gusto. The chassis was also not particularly rigid and the ground clearance was so low it could almost be used as a boat during heavy downpours. These drawbacks don’t phase true connoisseurs of classic De Tomasos, these are men with a penchant for young women and old cologne who don’t believe you’re really driving until the rear wheels are overtaking the front bumper and the tires are producing enough smoke to cause PTSD to manifest in the residents of Pompeii.

With a total weight of 1322 kilograms (or 2914lbs) the Mangusta stood only 3 inches taller than the Ford GT40, the classic Giugiaro wedge looks utterly stunning from any angle, the gullwing doors over the engine bay offer a wonderfully unsubtle way of showing off the V8 and the gated shifter is something that all cars should be fitted with as a matter of course.

If you’d like to roll the Mangusta you see pictured here into your garage you’ll need to attend the Monaco 2014 Sales held by RM Auctions on the 10th of May and make sure you pack your chequebook as it’s likely to sell for well over $200,000 USD. 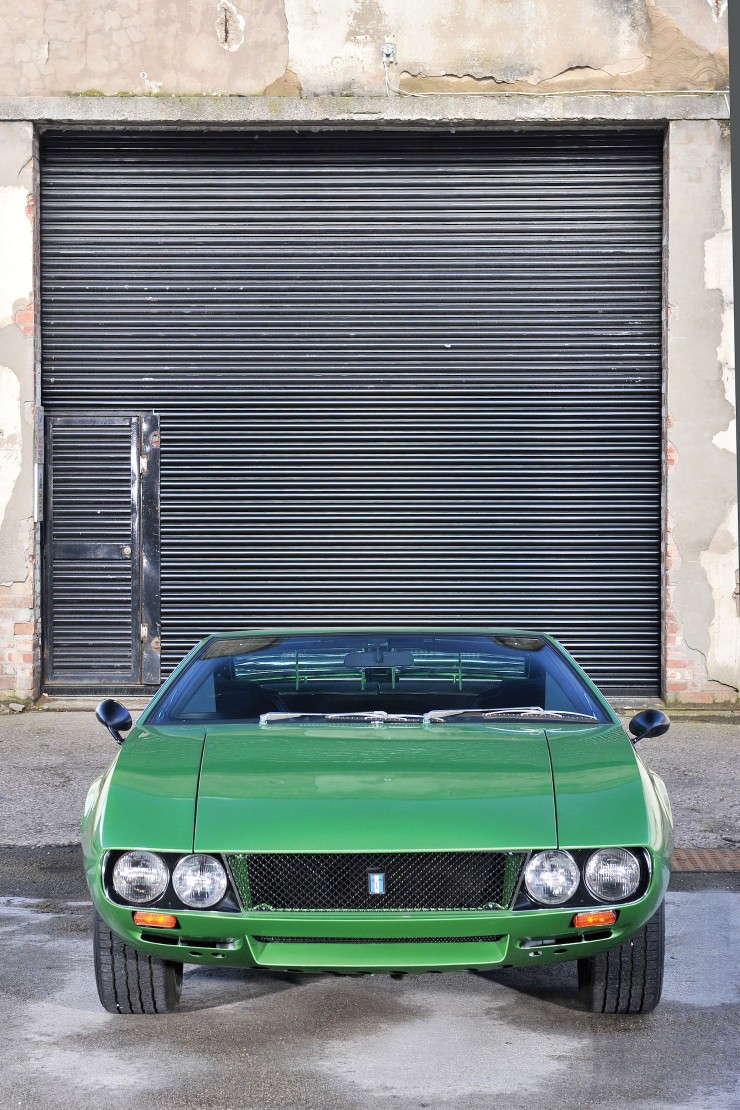 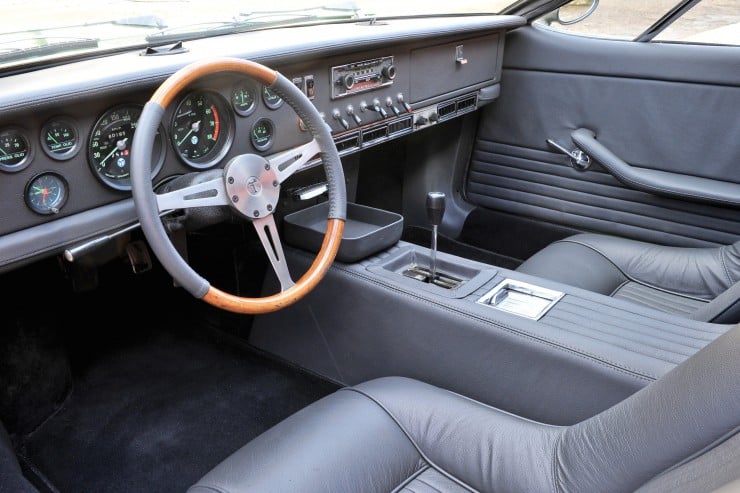 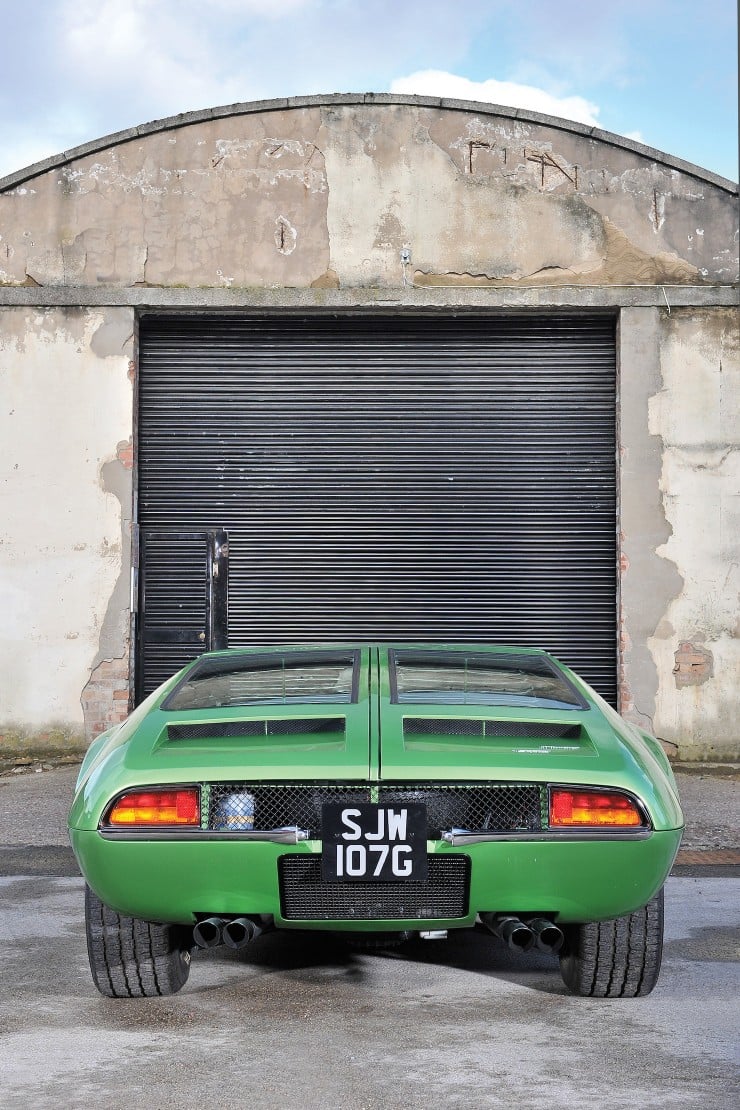 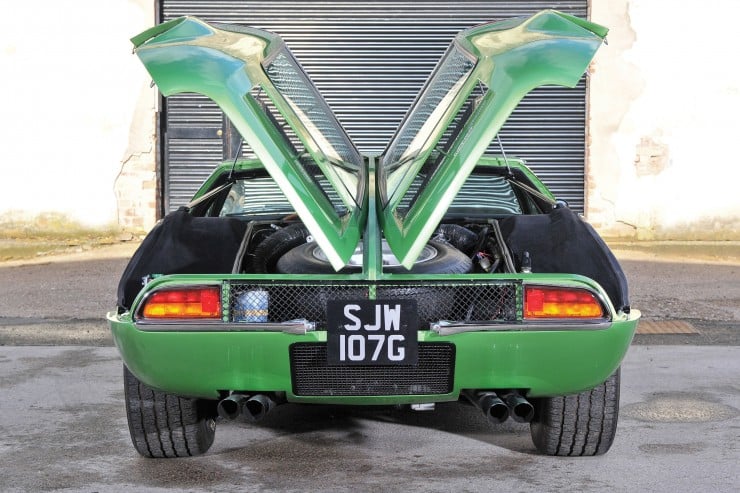 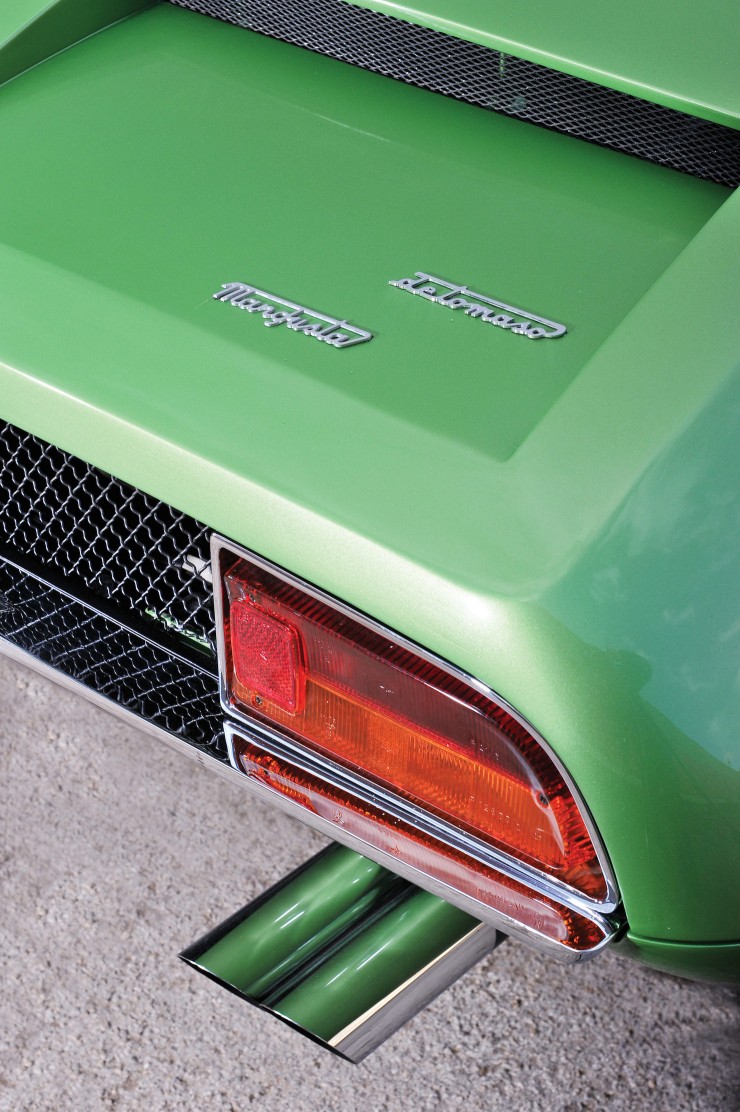 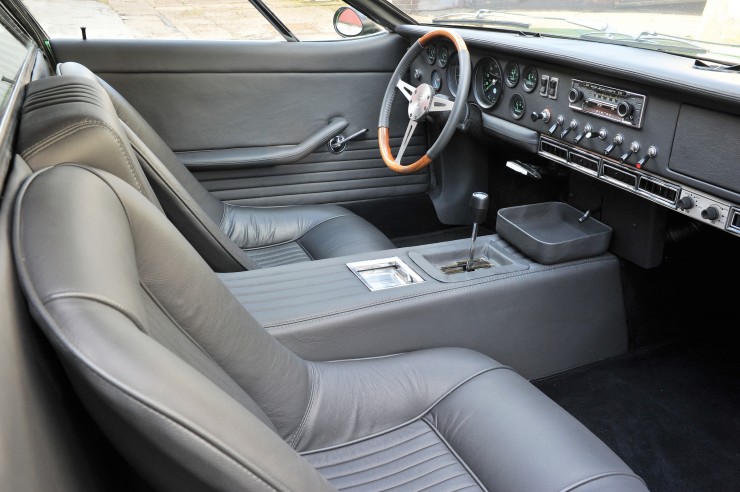 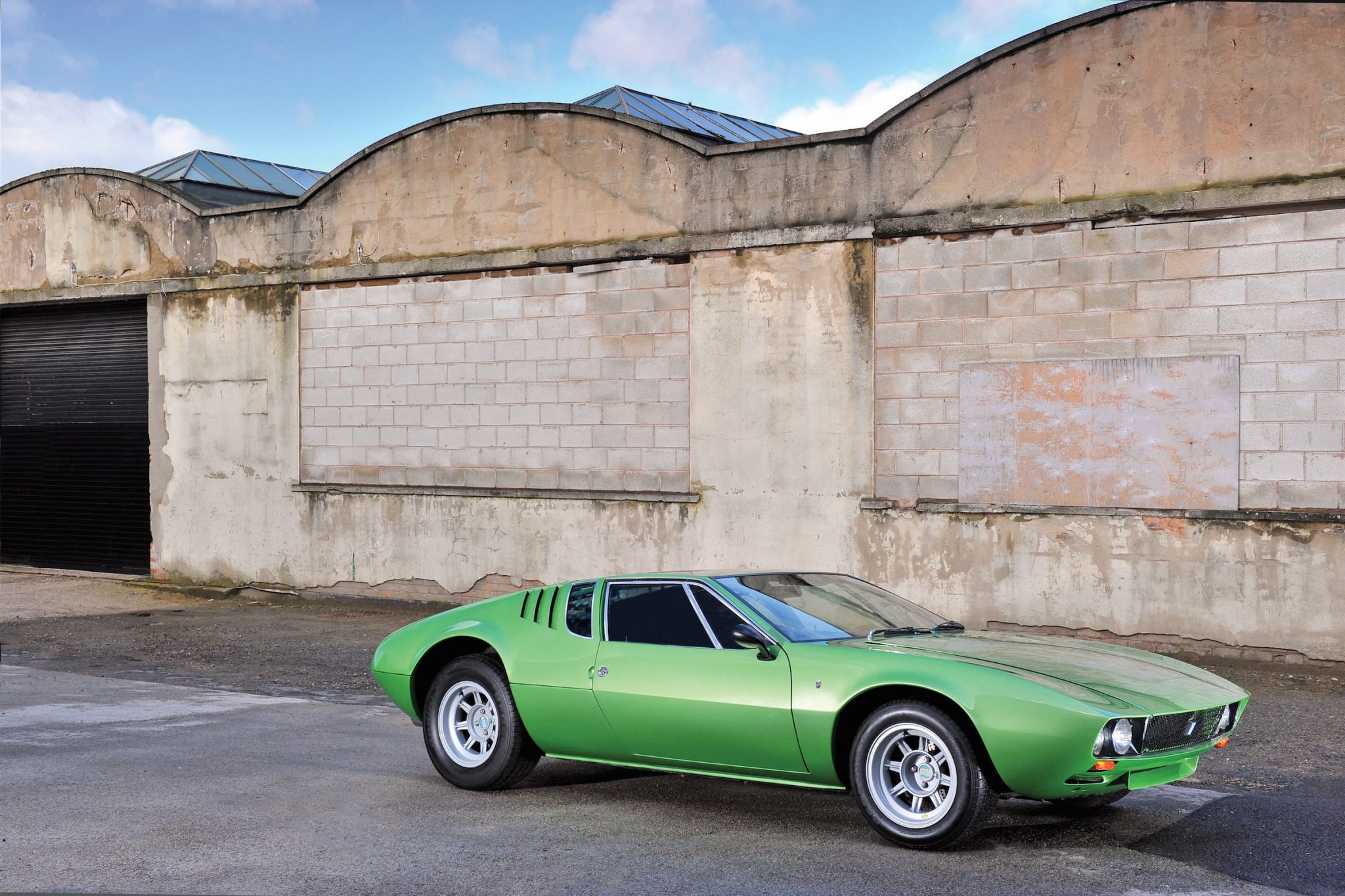