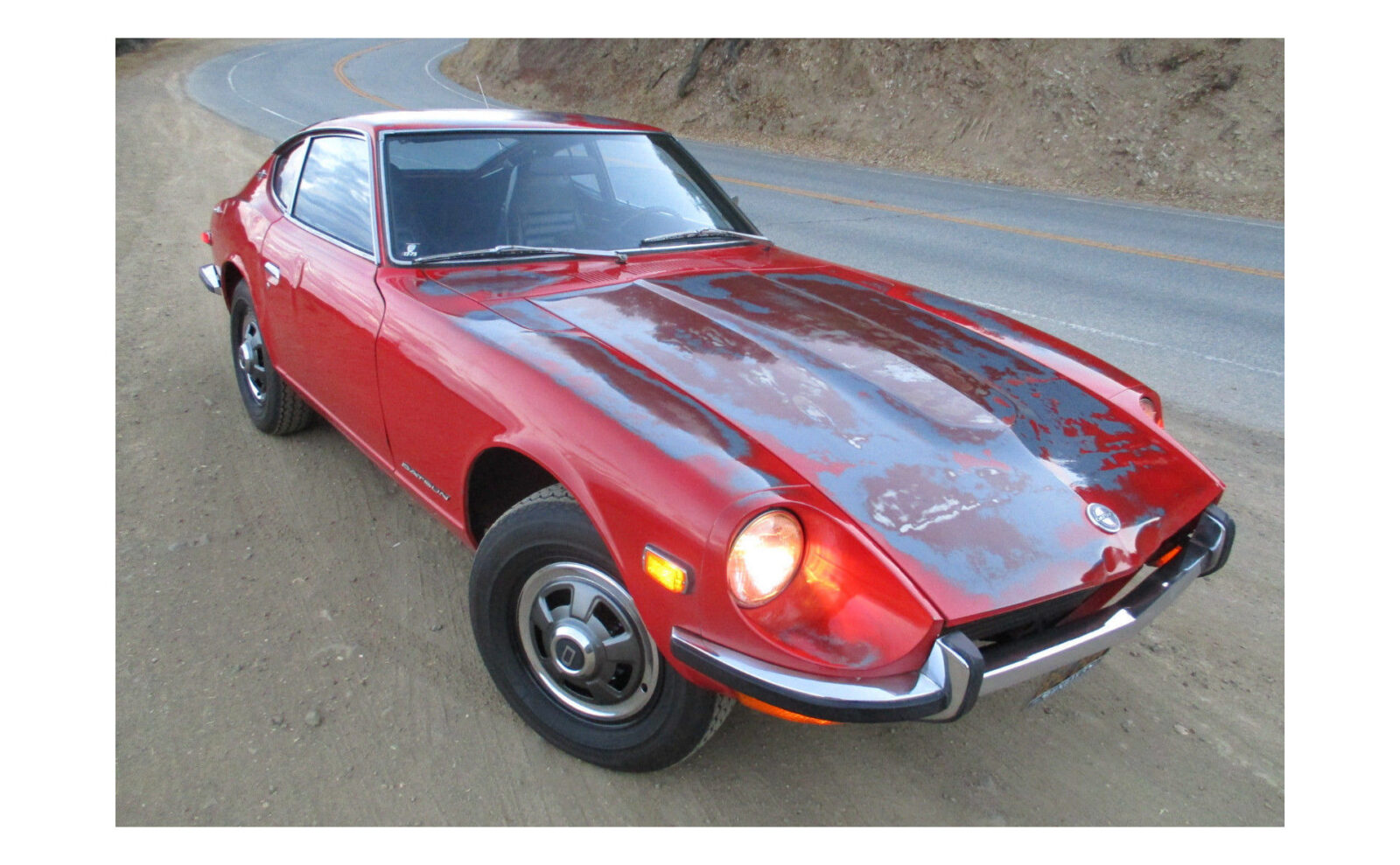 The Datsun 240Z, otherwise known as the Nissan S30 or the Nissan Fairlady Z, was developed by the Japanese to compete directly with the sports cars coming out of Europe. America was by far the world’s largest consumer of European sports cars and many British and Italian automakers depended on American sales to keep their companies afloat.

This lucrative market would be tapped very successfully by the Japanese – and this success continues unabated to the current day.

The 240Z you see pictured here was bought new in Okinawa, Japan by U.S. Serviceman Craig W. – he had the coveted approval papers required to purchase a foreign automobile and he saw this car sitting in the Datsun dealership near the military base with its gleaming Monte Carlo Red paintwork.

Craig purchased the car for $2,920 USD, he grew to love it so much that he paid $80 USD to ship it back to California when his time in Japan drew to a close. He would keep the car for 15 years and put over 124,000 miles on it, when he sold it it was to his good friend Mike, and Craig noted at the time that the car had no dents, and the paint was perfect.

Mike would drive the car for another 8 years and add another 50,000 miles to it before selling it on to Anna in Santa Barbara who was a college student in need of a daily driver. She put another 17,000 miles on the car before parking it in her backyard – where it sat until the current owner found it. 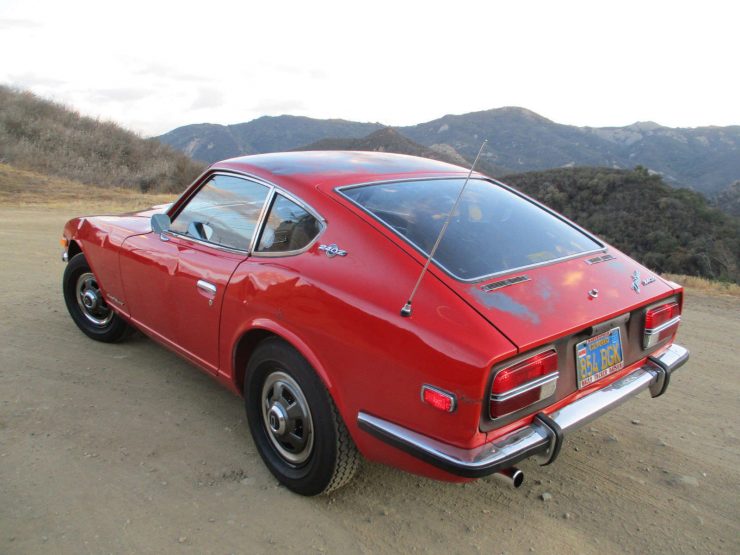 The Datsun 240Z – A History Speedrun

Prior to the release of cars like the Datsun 240Z, the Datsun 1500-2000 roadsters, and the Toyota 2000GT, the general pubic viewed Japanese cars as being cheap econoboxes that were reliable, economical, and usually very boring.

When the Datsun 240Z landed in dealerships in 1969 it proved immediately popular with both car buyers and the motoring press. The design of the car was said to have been influenced in equal parts by both the Jaguar E-Type and the Porsche 911, two of the more beautiful mass produced sports cars of the age.

The 240Z was developed with independent suspension on all four corners, with MacPherson struts up front and Chapman struts in the rear. Front disc brakes and rear drums were standard, as were twin SU-influenced Hitachi one-barrel side-draft carburettors.

The engine was an almost bulletproof 2,393cc inline-6 cylinder unit with a SOHC, a 7-bearing crankshaft, cast iron block, alloy head, 2-valves per cylinder. Power was rated at 151 bhp at 5,600 rpm with 146 ft-lbs at 4,400 rpm, and buyers could choose from a 4-speed or 5-speed manual (depending on location), or a 3-speed transmission.

The popularity of the Datsun 240Z helped to spawn the modern Japanese sports car market, the car would be followed up by the 260Z and 280Z, followed by the Z-car line up that continues to the modern day, but the simplicity of the earlier cars tends to be preferred by enthusiasts and collectors. 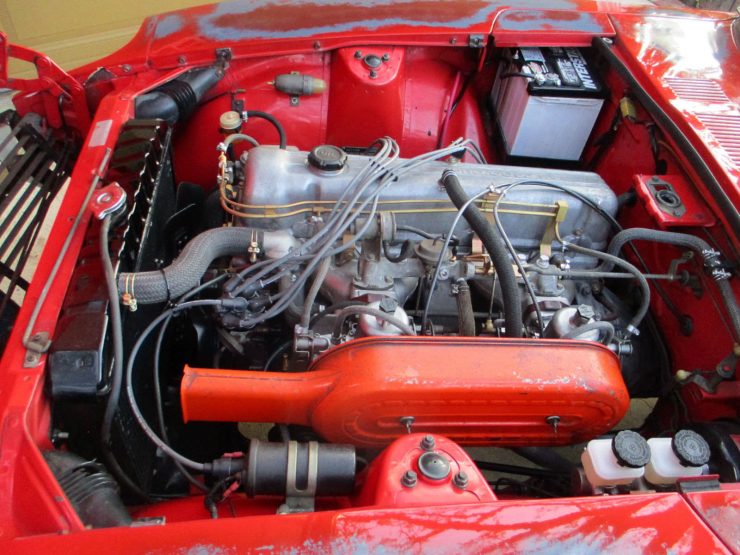 Amazingly the car didn’t rust away to nothing while it sat in Anna’s backyard, likely because of the dry California climate. After acquiring the car the current owner set about fixing what needed to be fixed while paying close attention to keeping it original. Survivor cars like this are rare, and there’s a solid argument to be made that it can be better to preserve than restore – when possible.

The documentation that comes with the car is extensive – every work order and receipt for the car from 1970 to present-day is organized in a binder with protective sleeves and there’s a bound log book of gas fill-ups and all work performed.

Since buying the car it’s had a comprehensive engine rebuild including rebuilt carburettors. A new master cylinder has been fitted along with new front calipers, new rotors, and new struts. The front suspension was removed and cleaned, then reinstalled with new bushings and bearings throughout. 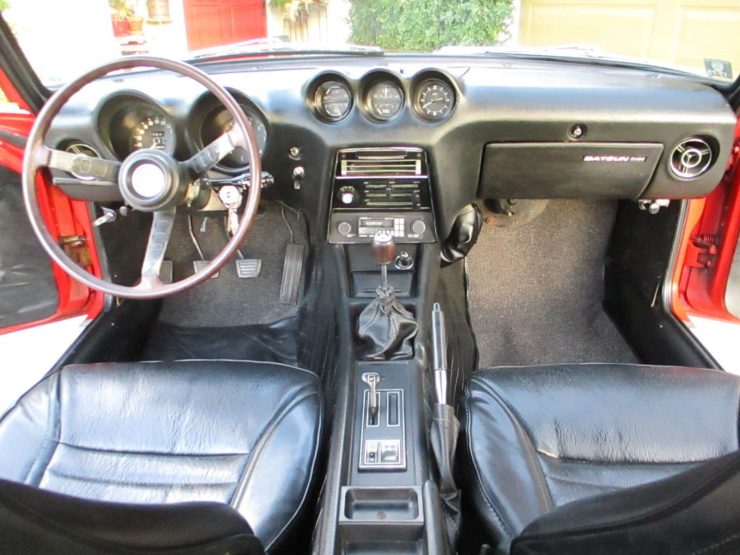 In the rear the suspension benefits from new shock absorbers, new wheel cylinders, new brake shoes, and new brake lines. A new exhaust system was fabricated from headers to muffler tip, and the transmission is listed as shifting smoothly with no synchromesh noise.

Over the years the paint has been burned away by the California sun and there are a few dings, it’s been buffed, glazed, and waxed but despite its glossy looks it doesn’t have a clearcoat over it. The owner lists that the car has a small rust perforation in the outer skin of the right fender above the rear wheel arch, and holes below the rear hatch glass at each of the two lower corners – these should be relatively easy fixes for any halfway decent body shop.

If you’d like to read more about this car or make an offer on it you can visit the eBay listing by clicking the red button below. It’s listed at $26,650 USD at the time of writing, and it’s for sale out of Calabasas, California. 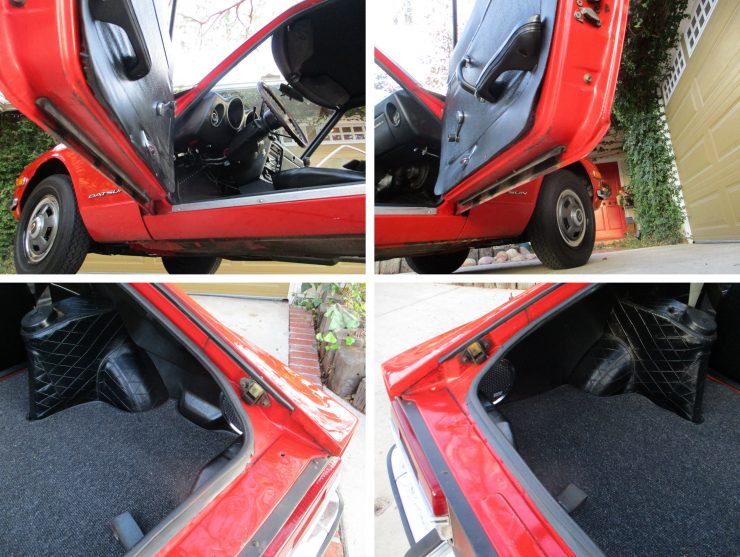 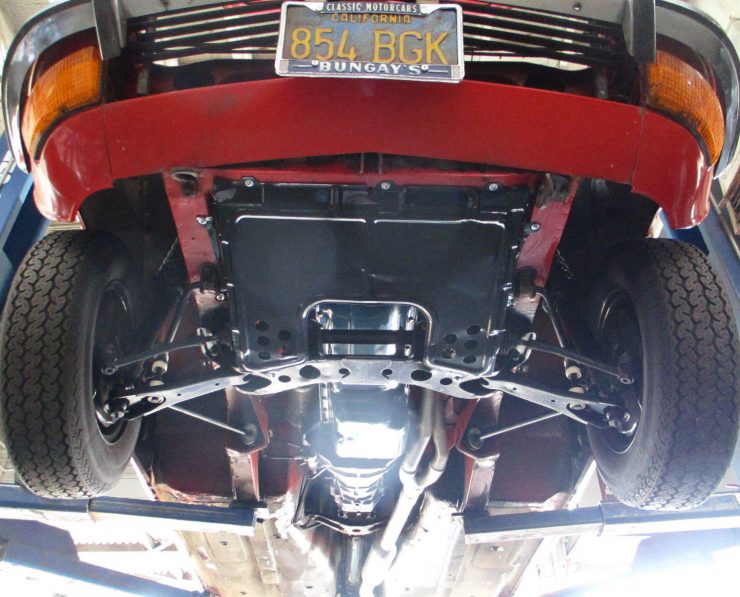 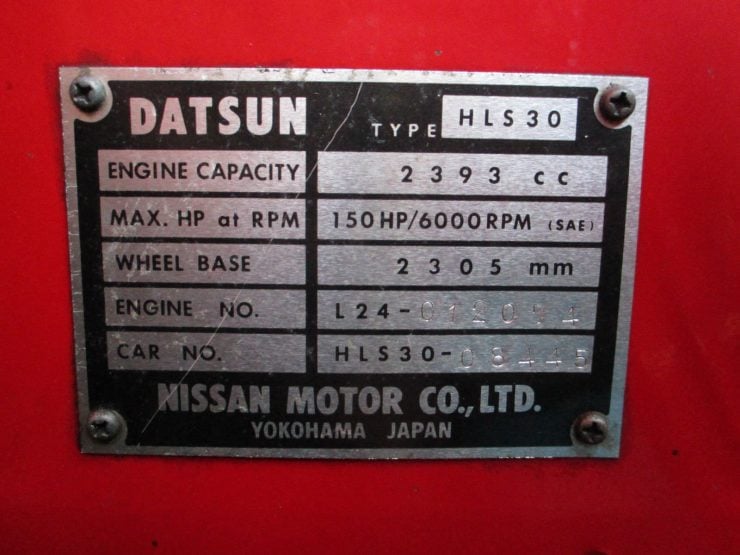 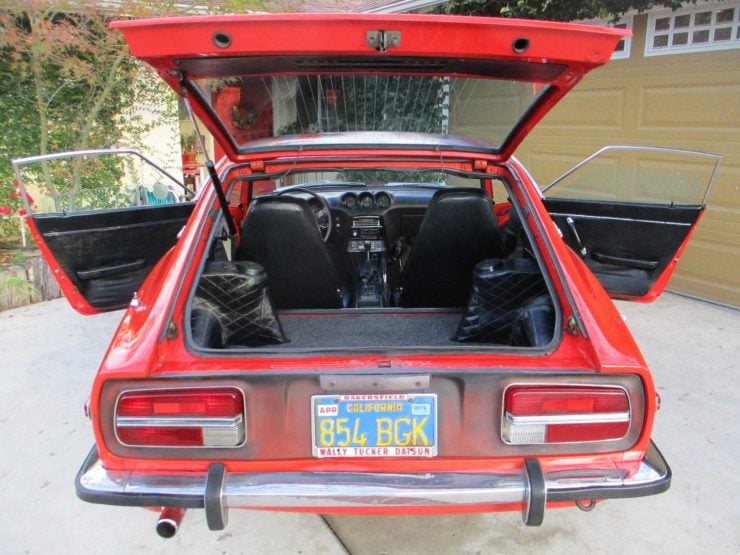 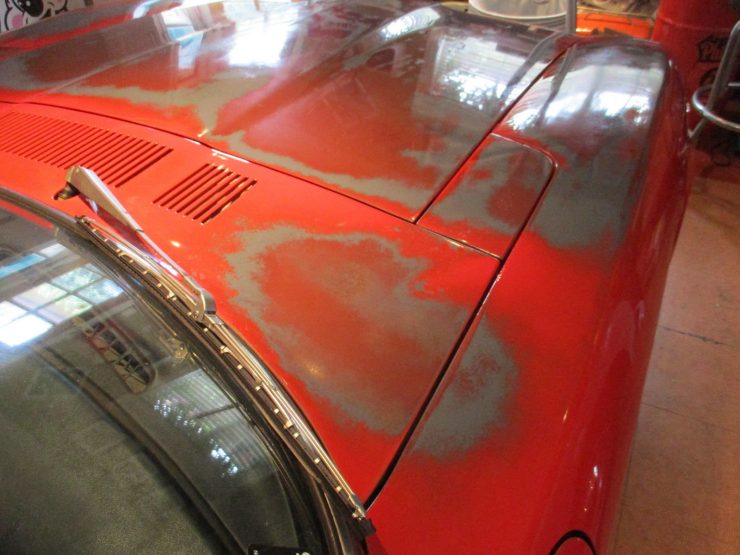 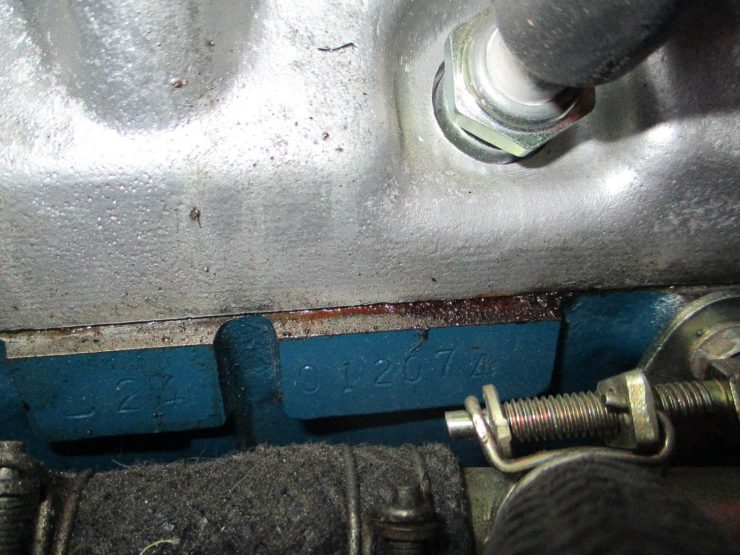 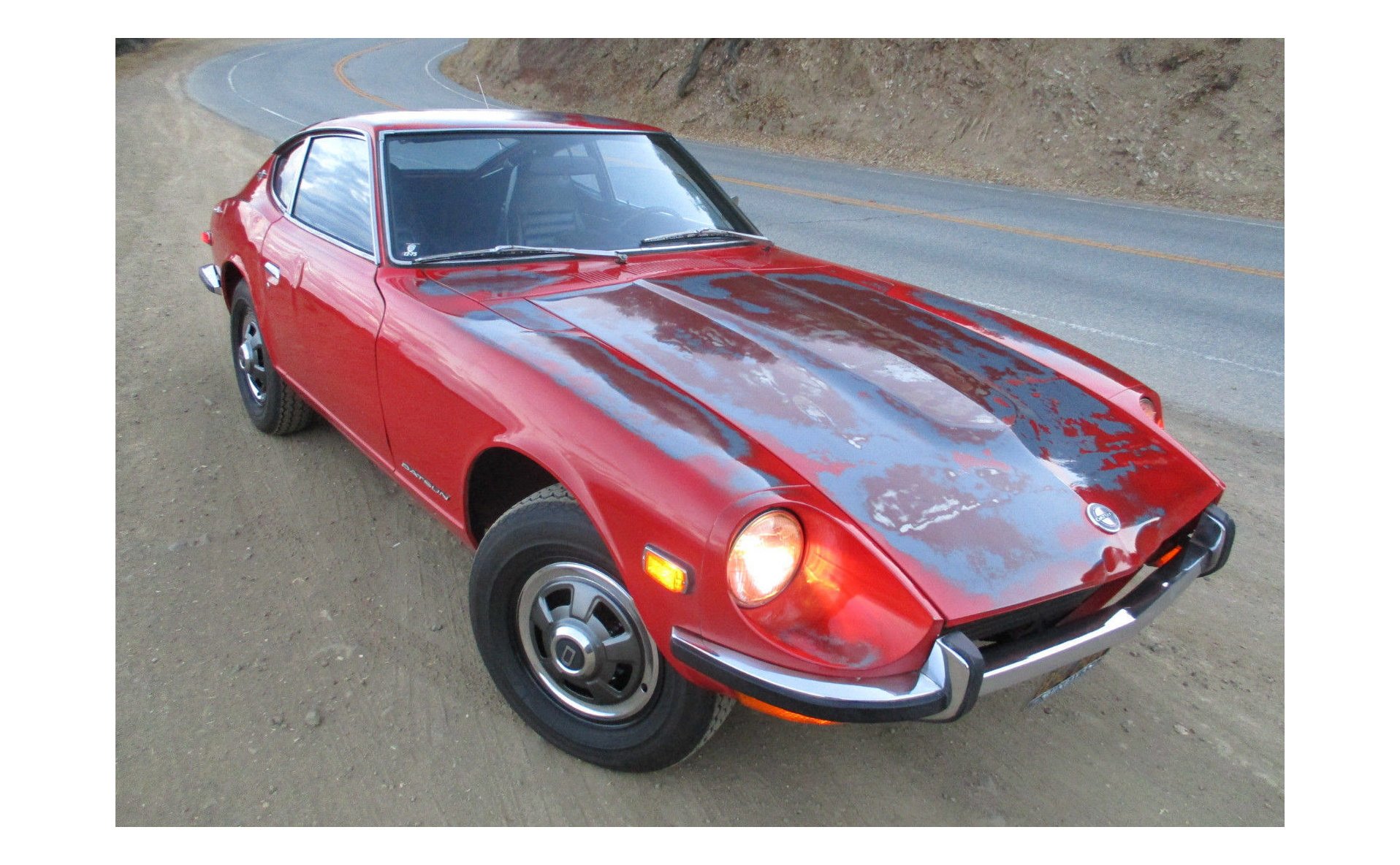