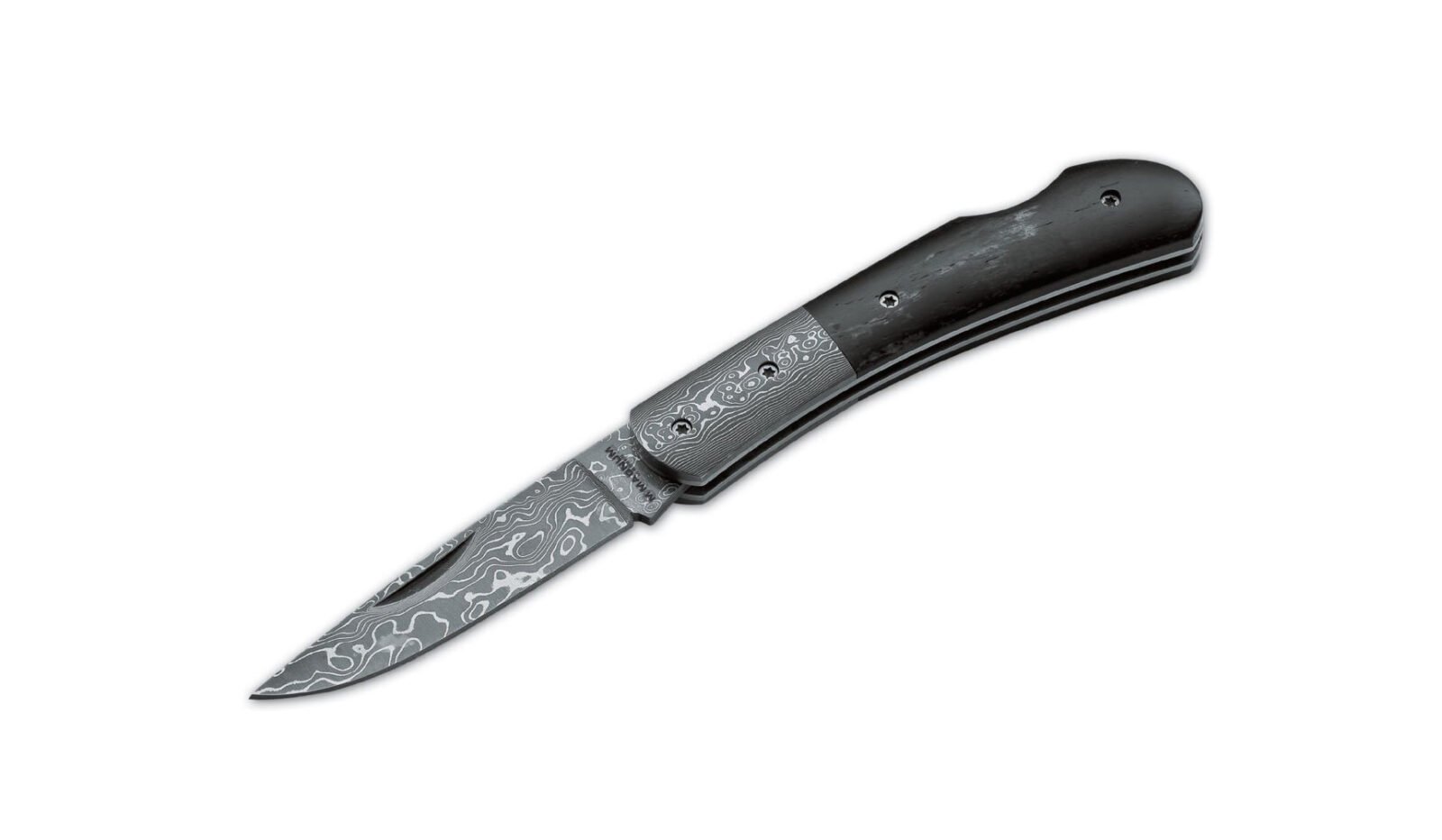 Damascus steel was first invented 300 years before the birth of Christ, the original methods used to create it were lost for centuries and only relatively recently have metallurgists reverse engineered the process to the point where they can now create ingots of the metal that are indistinguishable from the original.

In 2006 a research team in Germany discovered that Damascus steel contained significant amounts of both nanowires and carbon nanotubes – going a long way towards explaining the remarkable hardness and flexibility of the steel. The legends surrounding Damascus steel include tales of blades slicing through rifle barrels and cutting down trees with a single swing – although you might be hard pressed to replicate those feats with a folding blade pocket knife.

This 37 layer Damascus steel knife by Böker has a locking blade and a black bone handle, it weighs in at just 3.2 ounces and it’s capable of being sharpened to that infamous rifle barrel slicing sharpness. 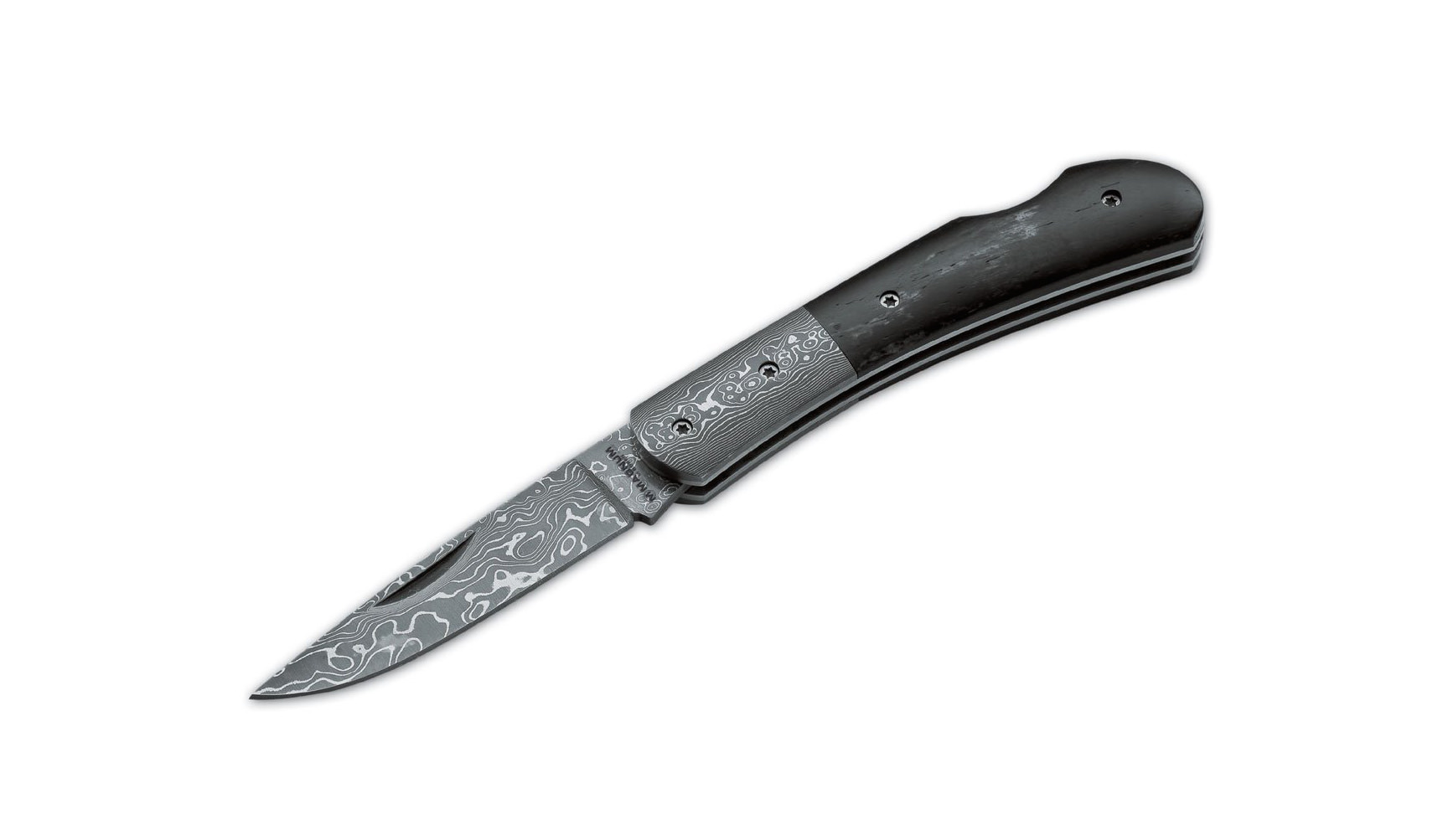