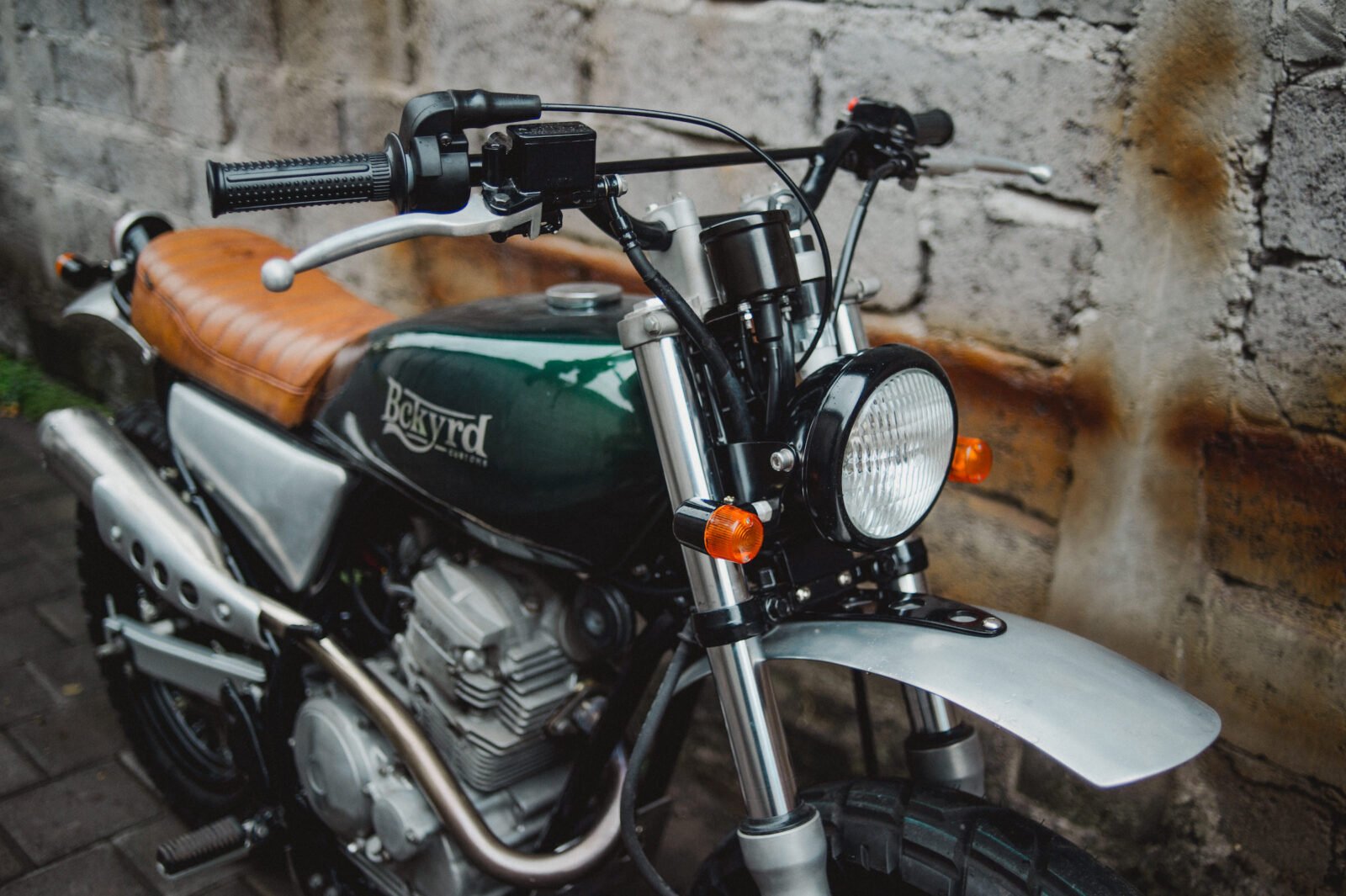 This custom Yamaha Scorpio 225 is the latest build by the talented team at Backyard Customs in Bali, Indonesia.

Once of the offshoots of this is a surging custom motorcycle community fuelled by a strong demand for bikes that are both practical and unique. Bali’s mix of sealed roads and unpaved tracks means that the most useful motorcycle is something with dual sport capabilities, as well as a low curb weight and modestly sized engine that’s in widespread use around the country – making spare parts easy to come by.

These requirements mean that motorcycles like the Yamaha Scorpio 225 make perfect donor bikes for new custom builds, there are hundreds of thousands of them around Indonesia and local mechanics can work on them with their eyes closed. The Scorpio 225 has the added benefit of also being lightweight and well-suited to some moderate off road use. 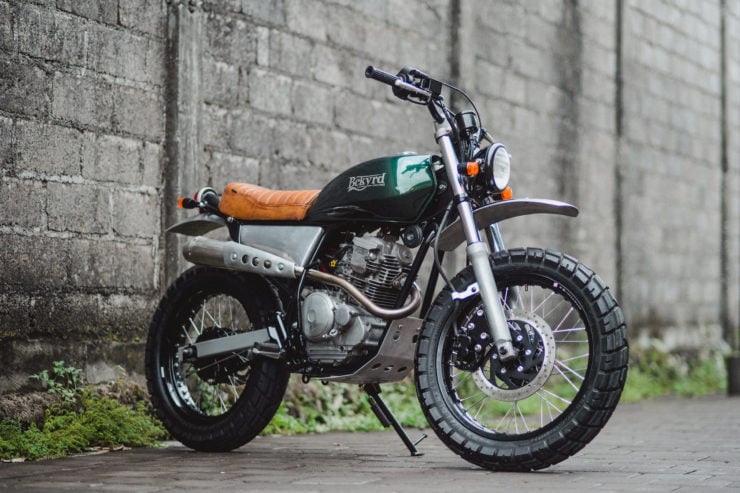 The team at Backyard Customs were commissioned to build this new bike into a scrambler, taking influence by one of the greatest mountain climbers of all time – Tenzing Norgay, the Nepalese man who first summited Mount Everest alongside Sir Edmund Hillary of New Zealand.

As with most custom builds, this one started with a full teardown before a plan was drawn up for the completed motorcycle. The rear subframe was cropped and a new pair of matching alloy fenders were fabricated, along with a new leather seat, a custom rear light cluster, new side covers, and an alloy sump guard.

The original Yamaha Scorpio fuel tank was removed and replaced with a vintage Suzuki fuel tank, the actual model of the bike that was originally fitted with this tank has been lost to history as the tank arrived in Bali by way of Japan and Australia. If you recognise it please shoot us a message and let us know and we’ll update this article. 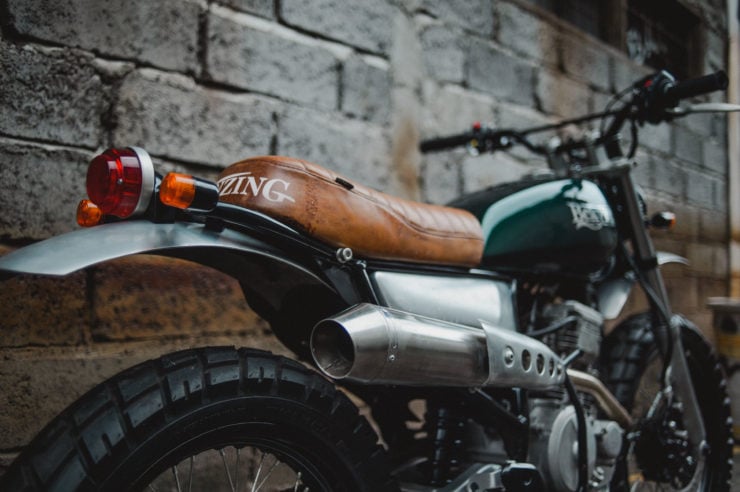 New suspension was added front and rear with a new monoshock unit in the back and a new pair of Yamaha forks up front – the suspension was changed in order to lift the bike slightly and provide additional ground clearance for trail rides. Spoked 18″ front and 17″ rear wheels were added, wrapped with dual sport Shinko tires, and a new single exhaust was added with a heat shield to protect the rider’s thigh.

To complete the build a new pair of braced handlebars were added over a low profile head light and indicators that match the units on the rear end. Before fitting all alloy parts were sandblasted to give them a uniform look that’ll weather the elements, and a tasteful British racing green was chosen for the fuel tank.

The completed bike is now in the hands of its new owner, and it’s being used for adventures all across the island.

If you’d like to see more from Backyard Customs you can click here to visit them, or follow them on social media via the links below. 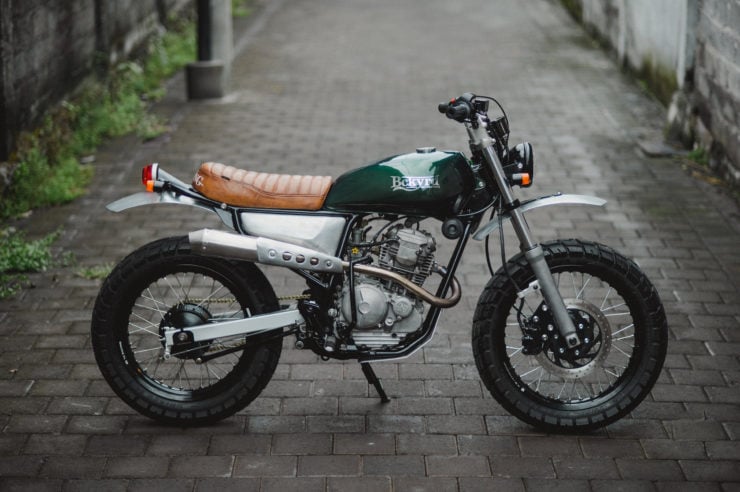 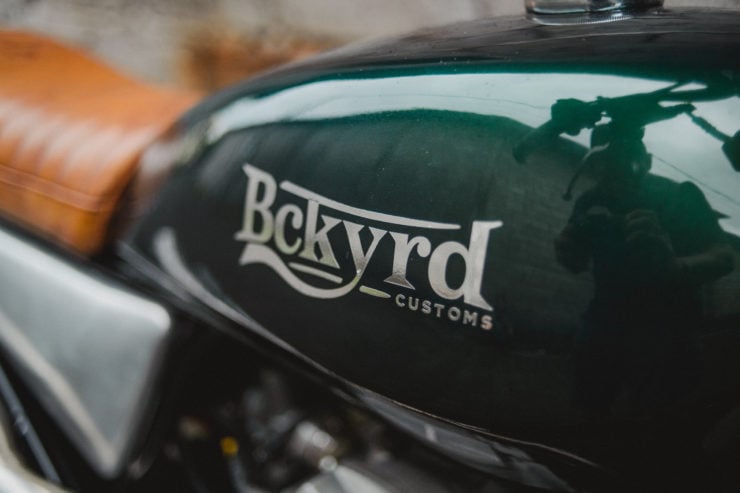 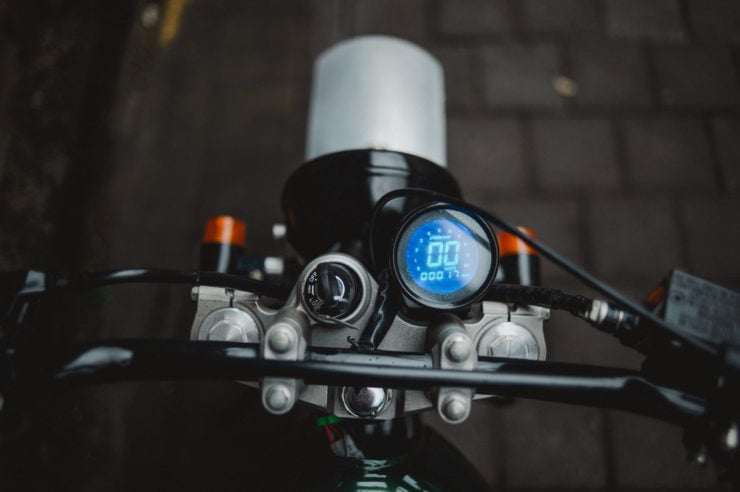 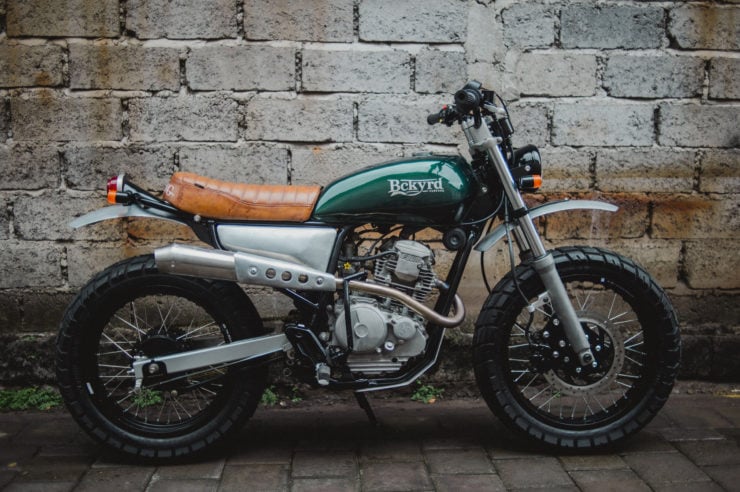 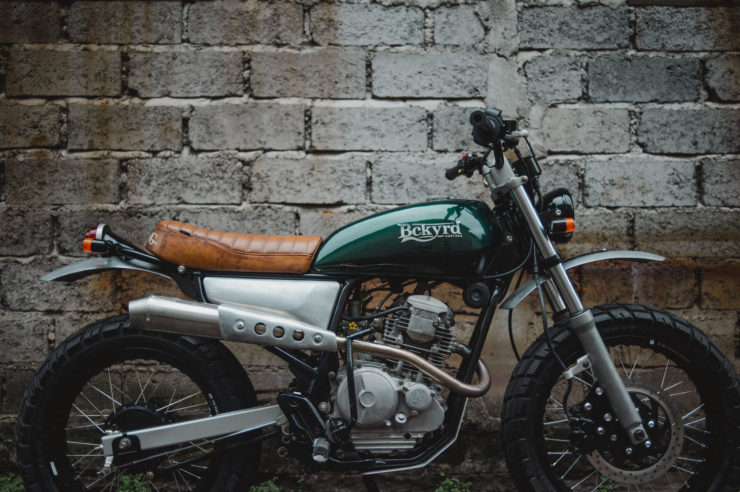 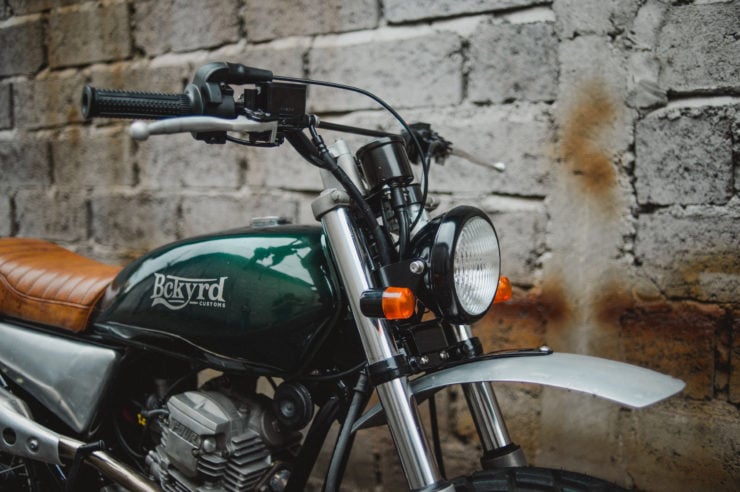 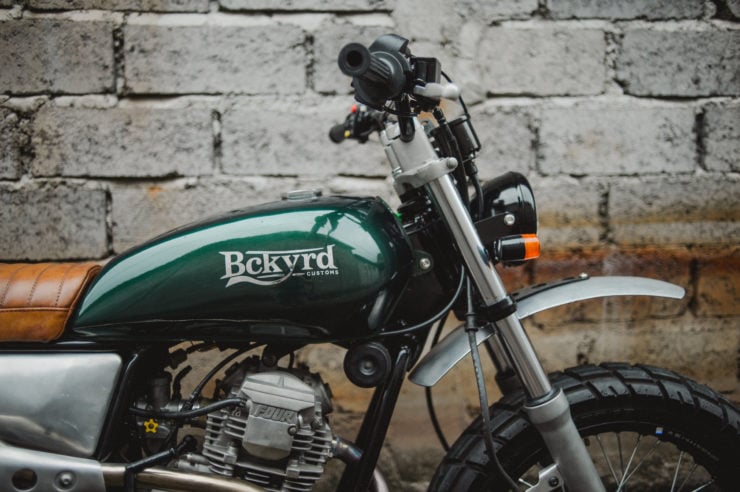 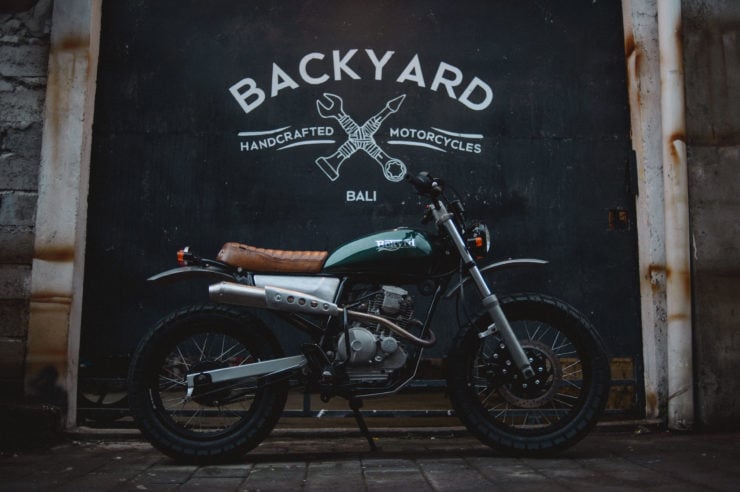 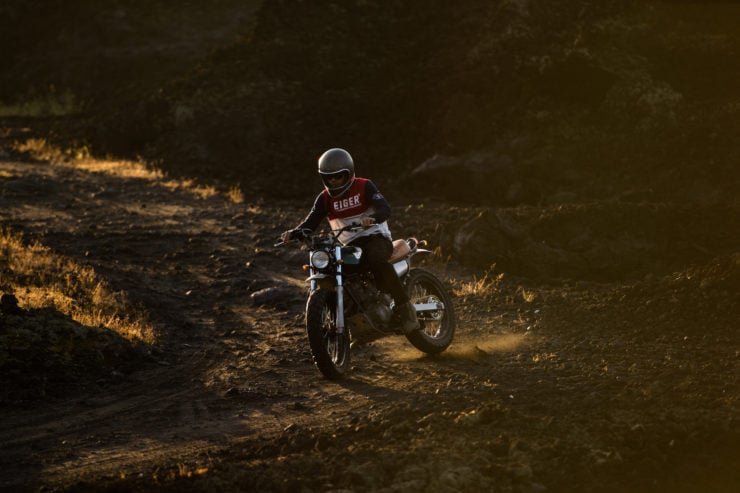 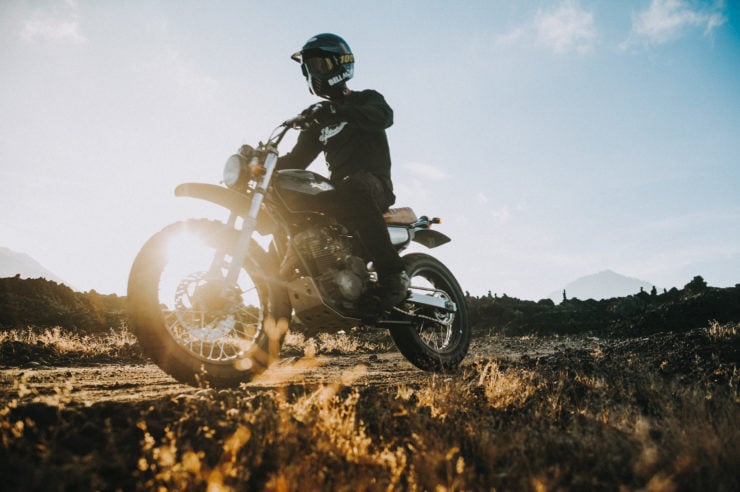 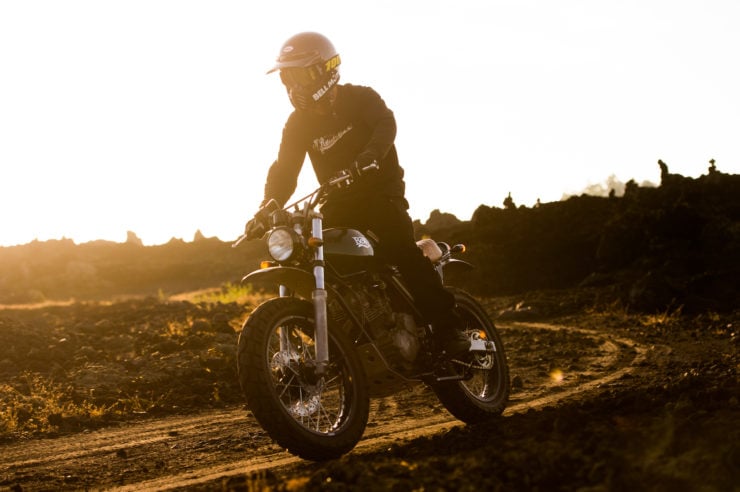 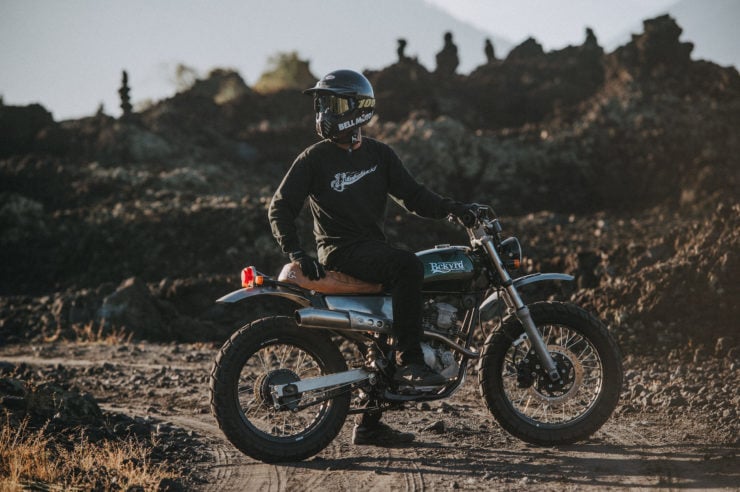 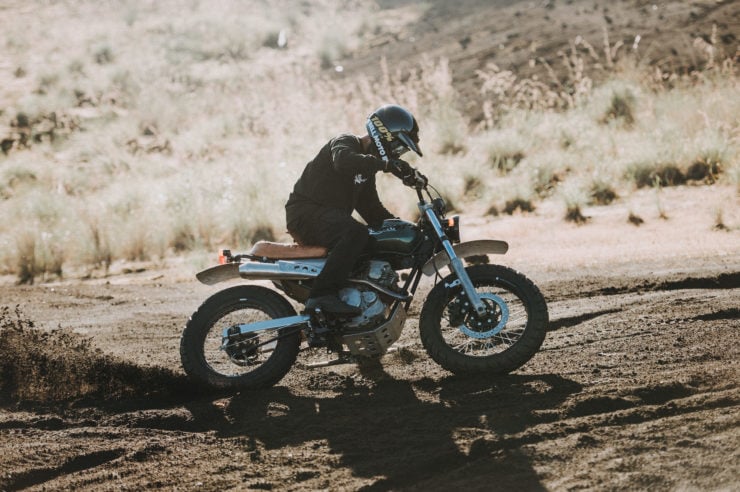 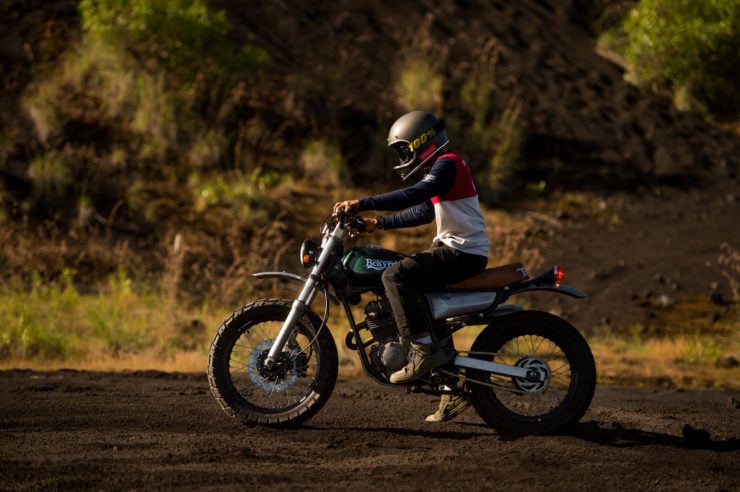 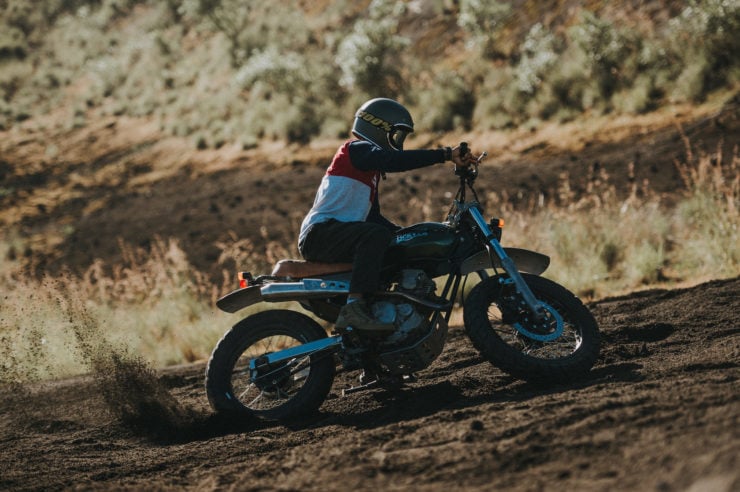 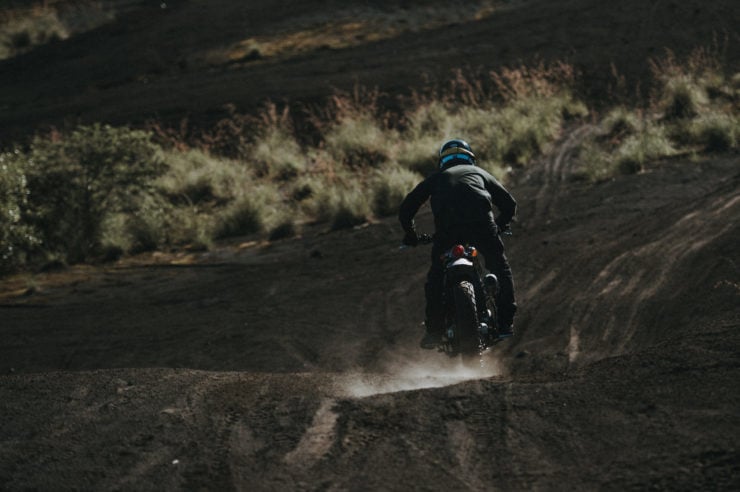 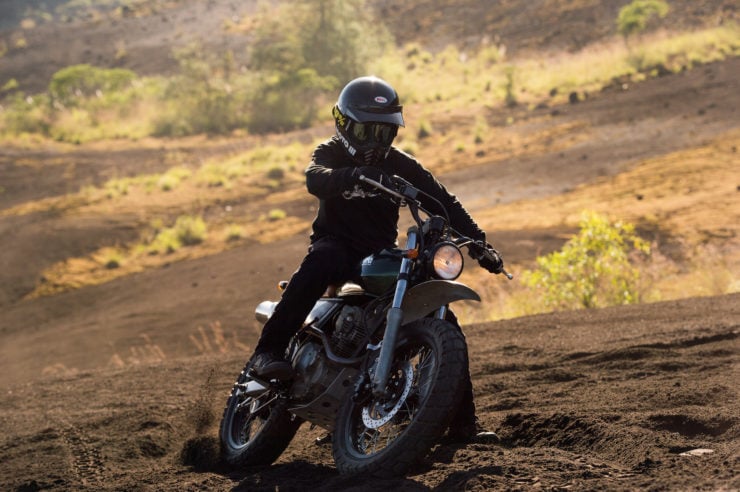 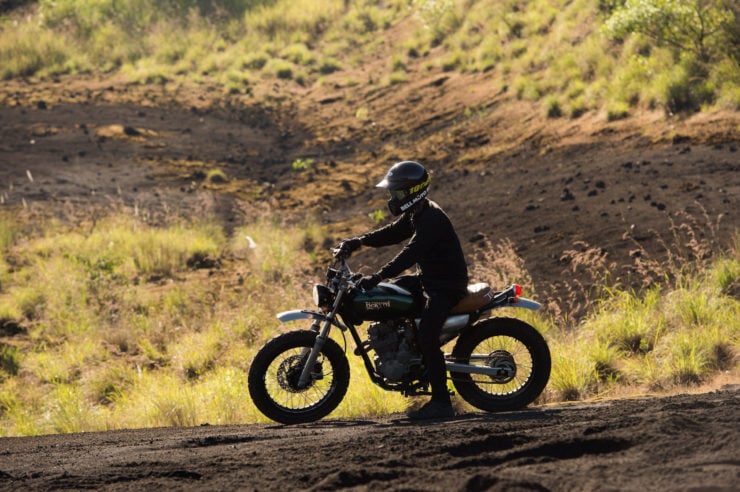 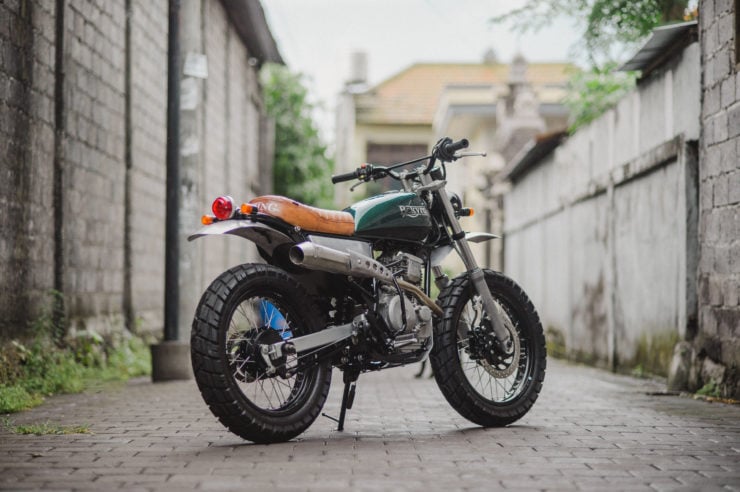 This is the new Trevor DTRe Stella, an electric dirt tracker from Belgium that produces 260 Nm (or 192 lb ft) of torque at the rear wheel thanks to the magic of reduction gearing. It’s…

Editor’s Note: For the first time in Silodrome’s 10 year history we’re publishing the Top Cars list for a year in January of the following year. The reason for this is that last year we…