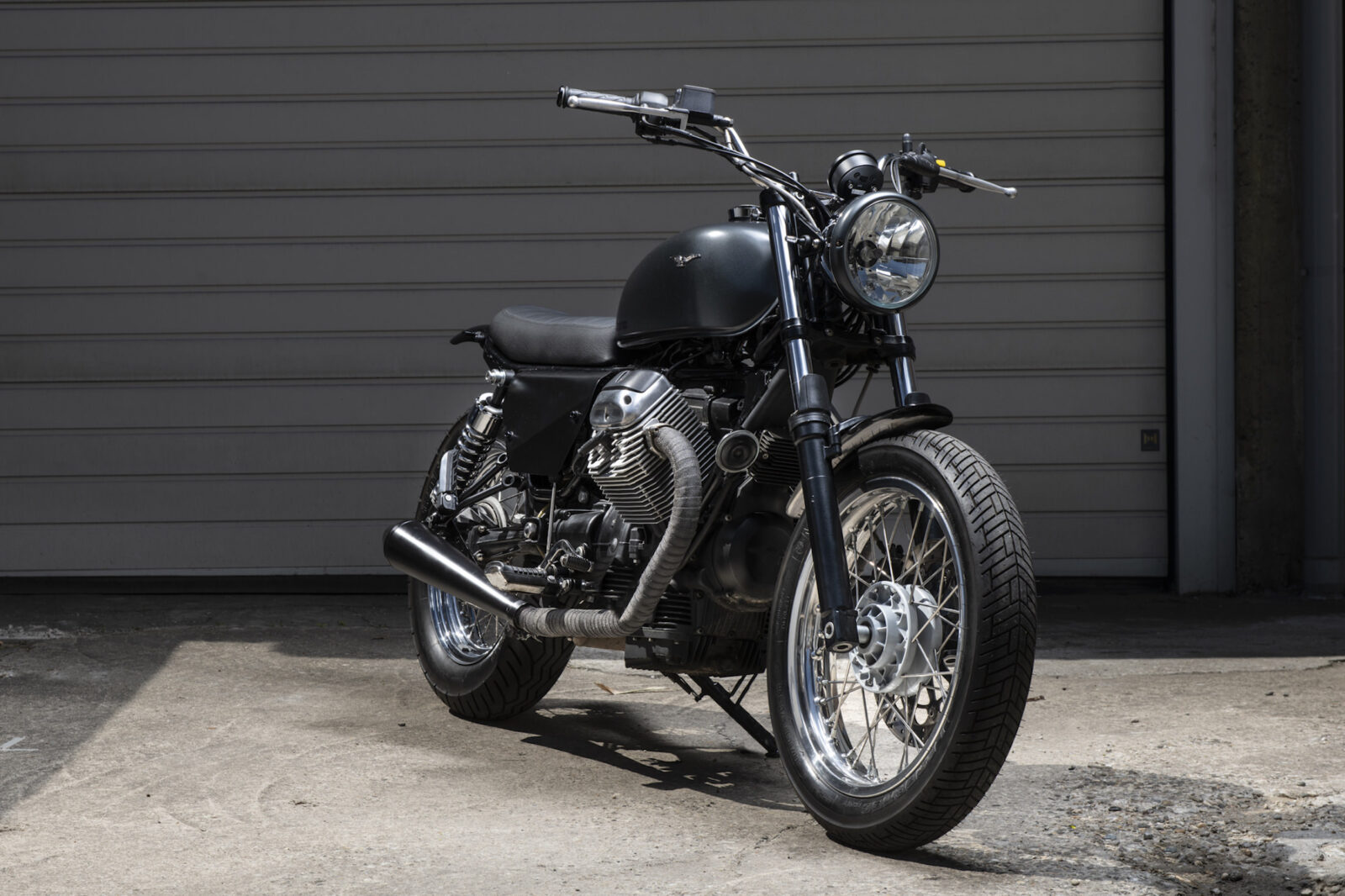 This article was written by Thomas Jeukens of TOMA Customs – When possible we like to bring you the story of a bike in the words of the people that built it to cut out the middle man and give unfettered insight into their methods and thinking.

This project – TOMA #21 –  was born from our encounter with Charles.

Charles lives in front of our workshop, he’s a talented rugby player and his project to customize his bike starts from a dream. When he came to us, he didn’t yet have his license nor his motorcycle. But all this was soon to come true.

He told us about the moodboard he had created over the years. His base model was a Moto Guzzi. The transformation should lead to a sober, elegant motorcycle with visible mechanics. For riding in the city as well as in the country. 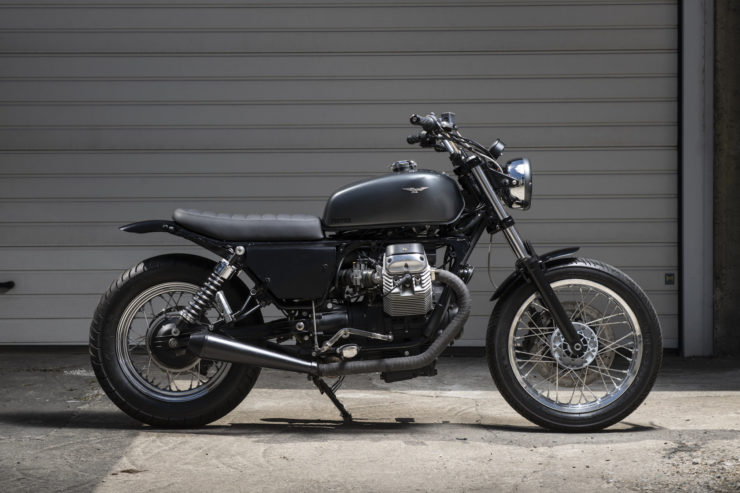 Charles was ready to participate manually in this project. So we offered him to come and work with us in the workshop. This was also an opportunity to build a project the way we like it: creating a motorcycle and allowing the customer to get involved in the whole process.

We love these kinds of projects and it was the opportunity to work on a Moto Guzzi. We opted for the 2011 Nevada 750 Anniversario model, which is light, fairly recent, and accessible (budget wise). We assisted Charles for the purchase. And then we started listing the design details and the modifications needed for his project.

We started by finding him a new tank. We opted for an old Suzuki 250 with the perfect shape for the project. The challenge here was to integrate the fuel pump of the Guzzi, the Anniversario’s model is a fuel-injected model. To house the pump, we had to have a specific part externaly machined and it was welded by Brice from Workhorse Speedshop.

Charles himself treated the inside of the tank and our bodybuilder painted it in a Daytona Grey colour. The adaptation of the tank was a real team work.

The rest of the parts were manufactured and assembled in our workshop: front and rear fenders, custom made side plates, work on the rear part of the frame, as well as the saddle built and sewed in our workshop. 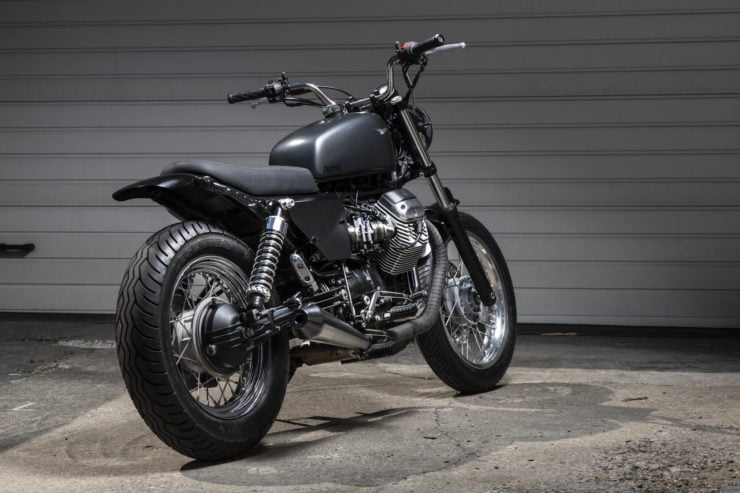 An important aspect of the project was to find the right balance of tones and colours. We worked to bring out the chrome and to highlight the beauty of the classic Moto Guzzi engine. The rims, handlebars, headlight base and shock absorber now contrast with the sober body colour and the black grey of the new exhaust system.

A lot of the original body parts have been removed and the electrical part has been replaced by a sober electronic meter and more discreet lights and turn signals.

The project schedule was adapted so that Charles could get involved in the project. The bike was ready just in time when he got his license. 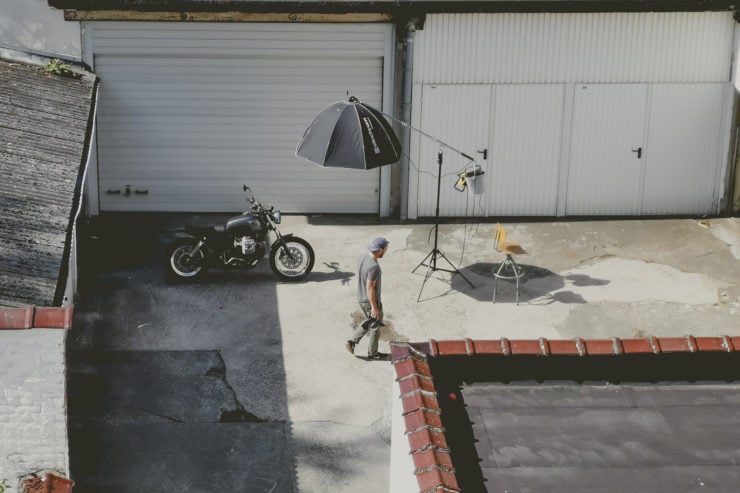 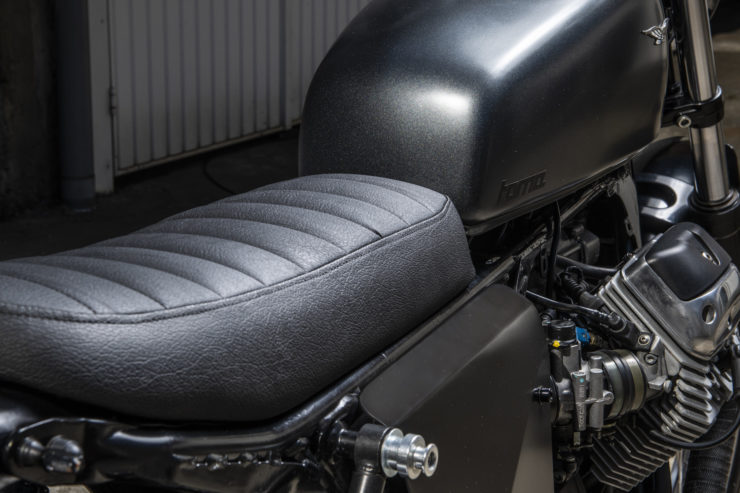 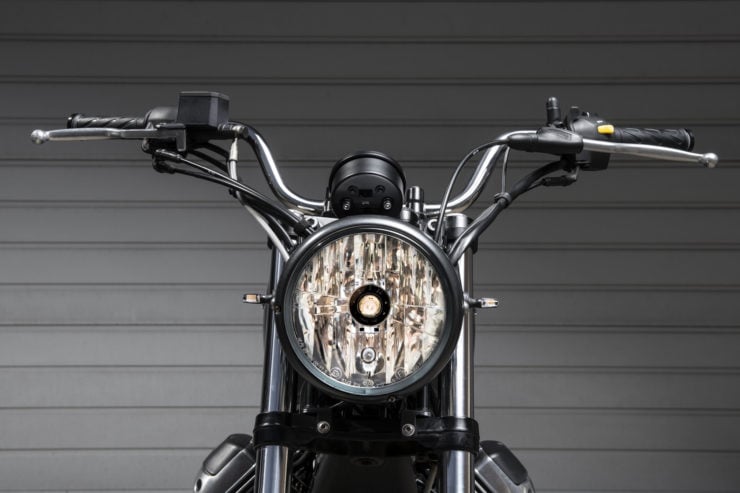 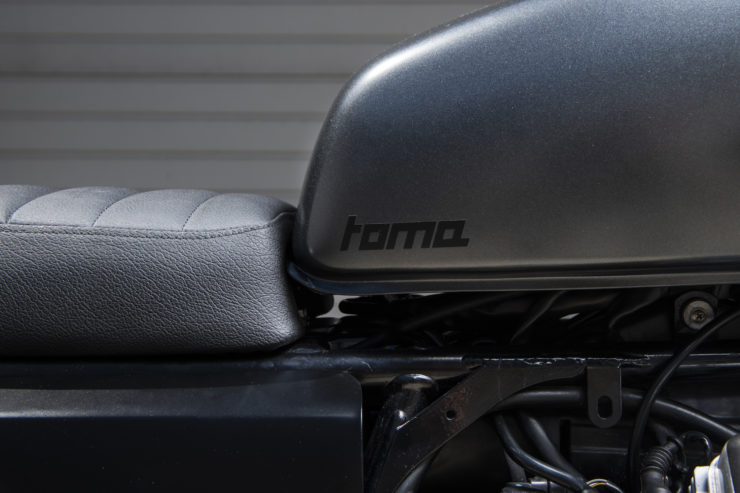 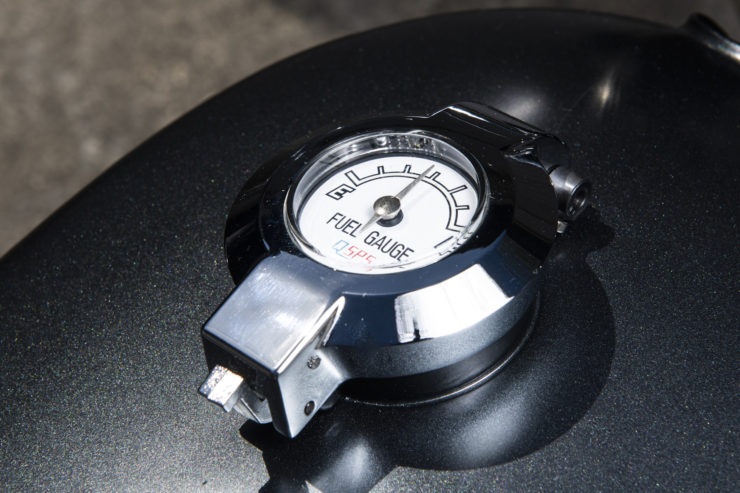 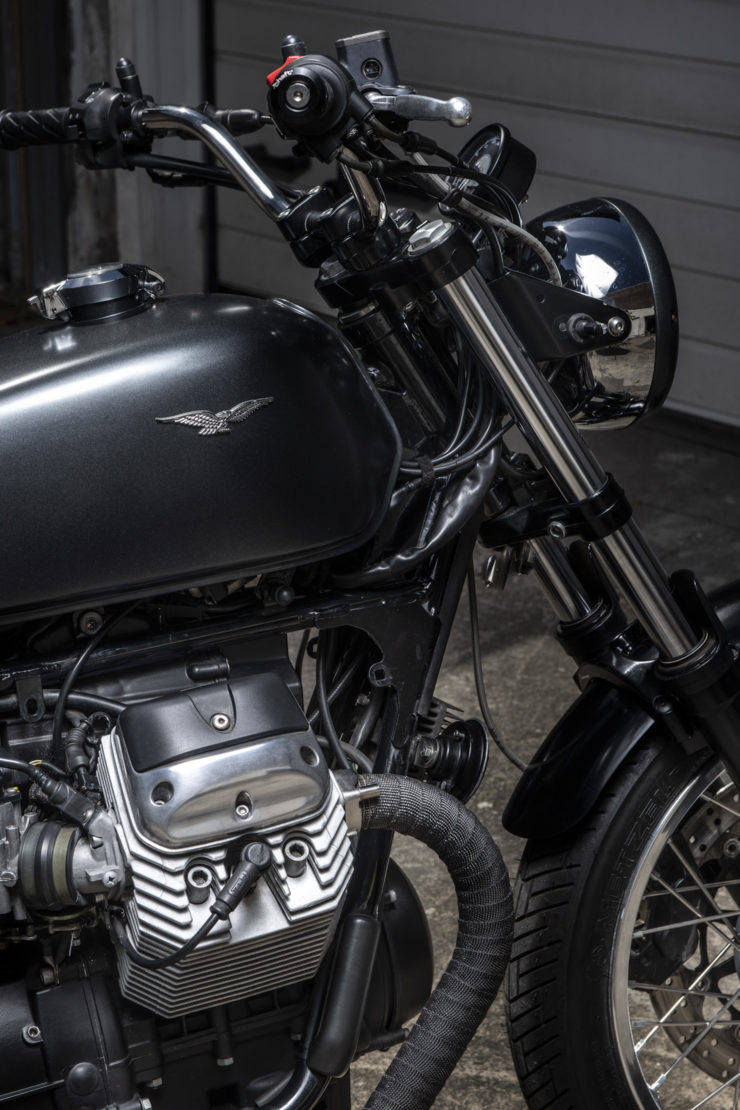 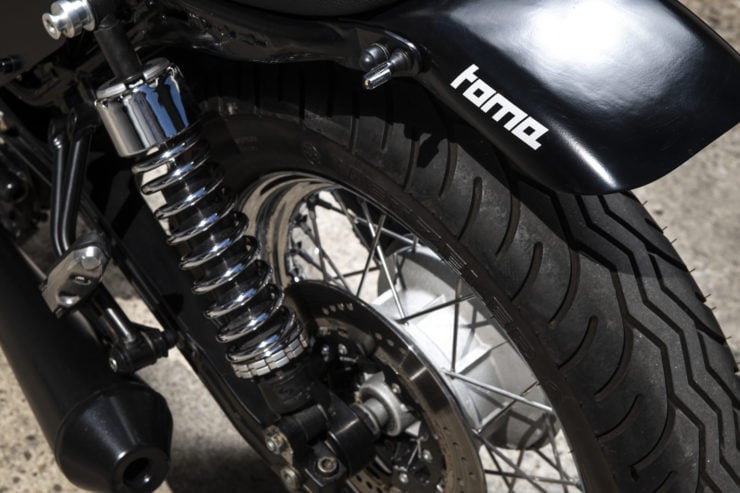 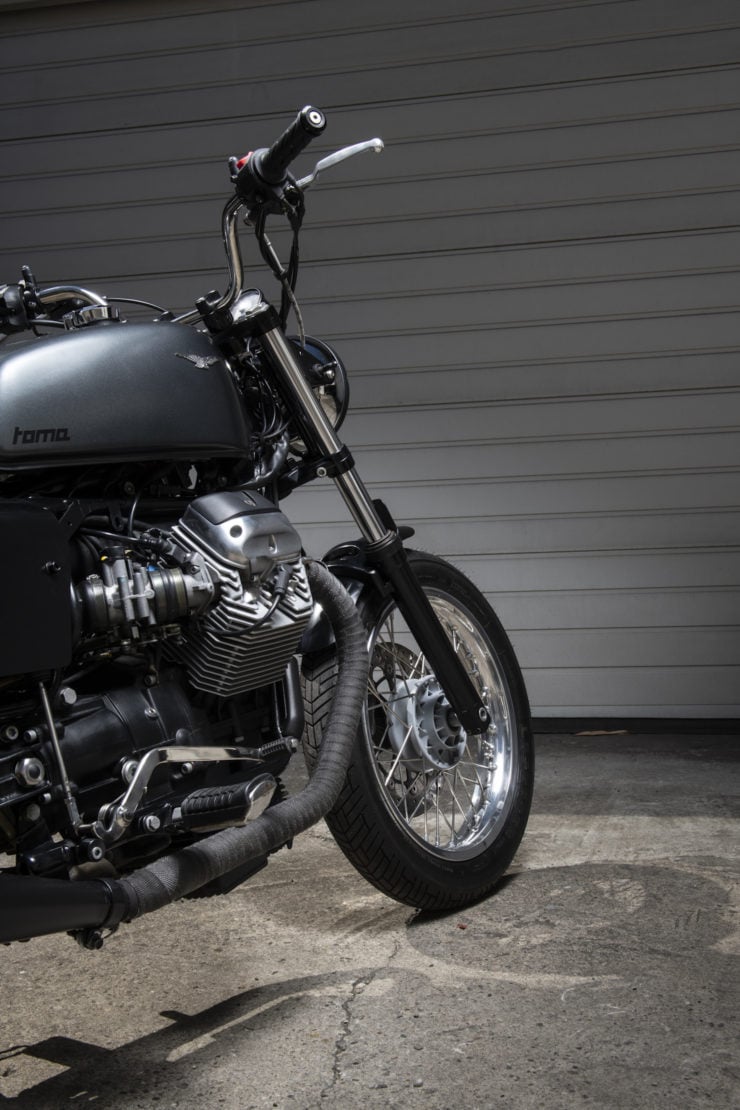 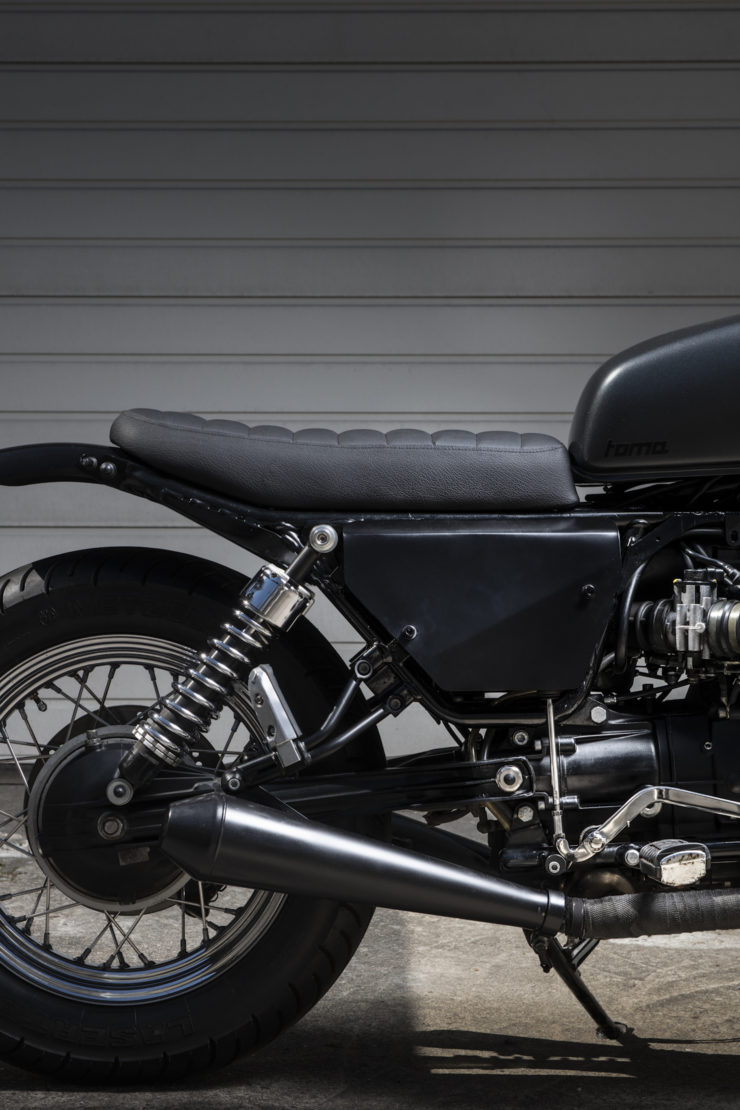 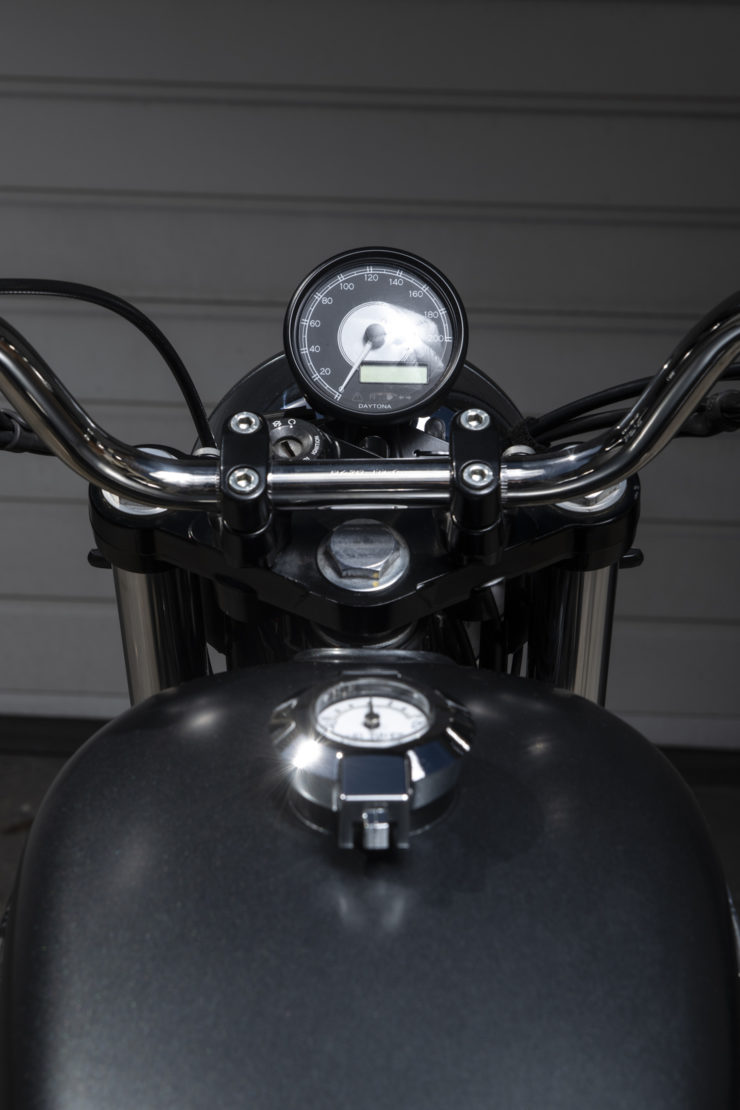 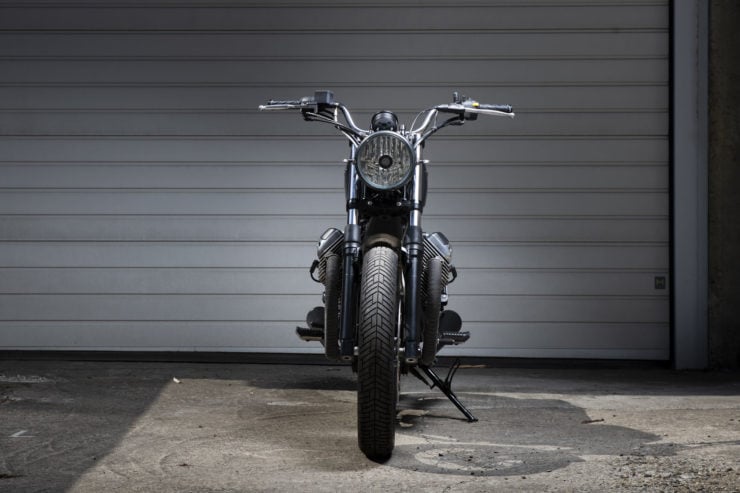 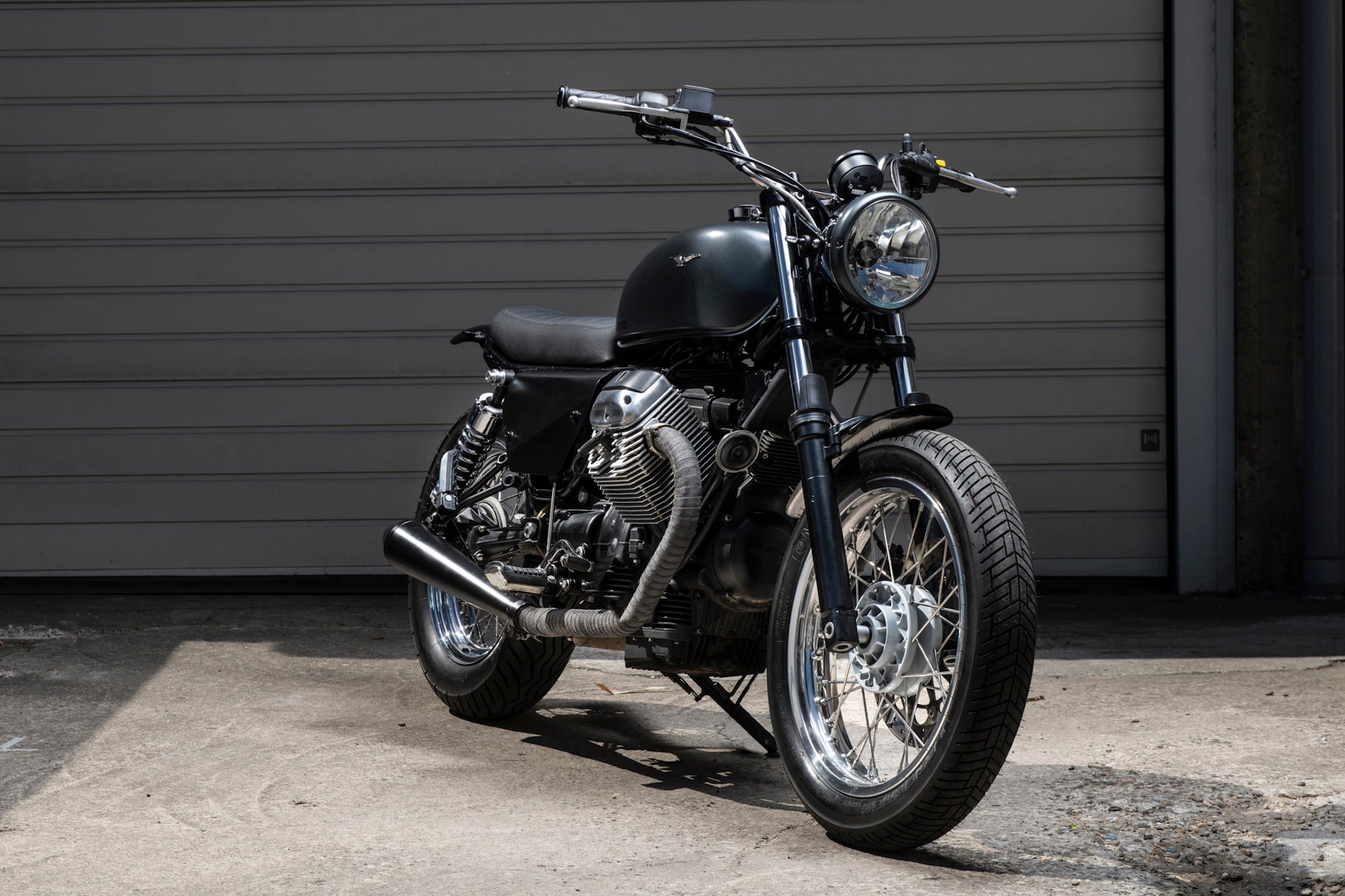 Facebook Twitter WhatsApp Email This is a custom Yamaha XT600 by the team at Lord Drake Customs, it’s been considerably modified to add to…

Facebook Twitter WhatsApp Email This is an original 1968 Hodaka Ace 100, an excellent example of the influential motorcycles made by the unusual American/Japanese company…

Facebook Twitter WhatsApp Email Kawasaki Z1 900 | The King of Motorcycles is the latest film from the team at Brightside Media, as the…