I’m not entirely sure how to categorise this motorcycle, it started life as a 1996 Harley-Davidson Sportster however it’s clearly been reworked from tip to tail and it now resembles a sort of rat rod, heavy boardtracker.

The bike builder’s name is not available however he’s gone to a lot of trouble here to make the bike look like it was found buried in the mud in an old river bed, the paint is exceedingly detailed and quite genuinely looks corroded and rusted. It’s been fitted with a suicide shifter, a hard tail frame, a springer front end, and a custom, boardtracker style fuel tank.

The bike was set to be auctioned however the seller received a private offer and sold it for $12,650 USD. This isn’t really the sort of motorcycle that I’d buy but I have to respect the amount of work that’s gone into it, it’s almost an anti-Harley in a way, it has no chrome, no metallic paint and no airbrushed women, skulls or snakes on it anywhere. Thank God. 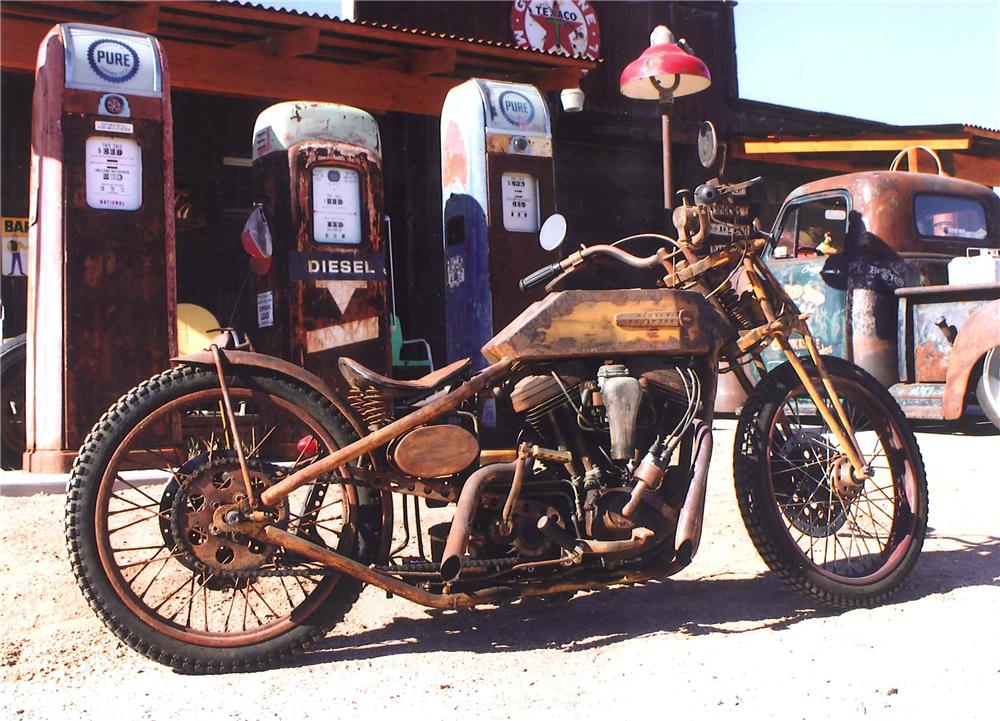