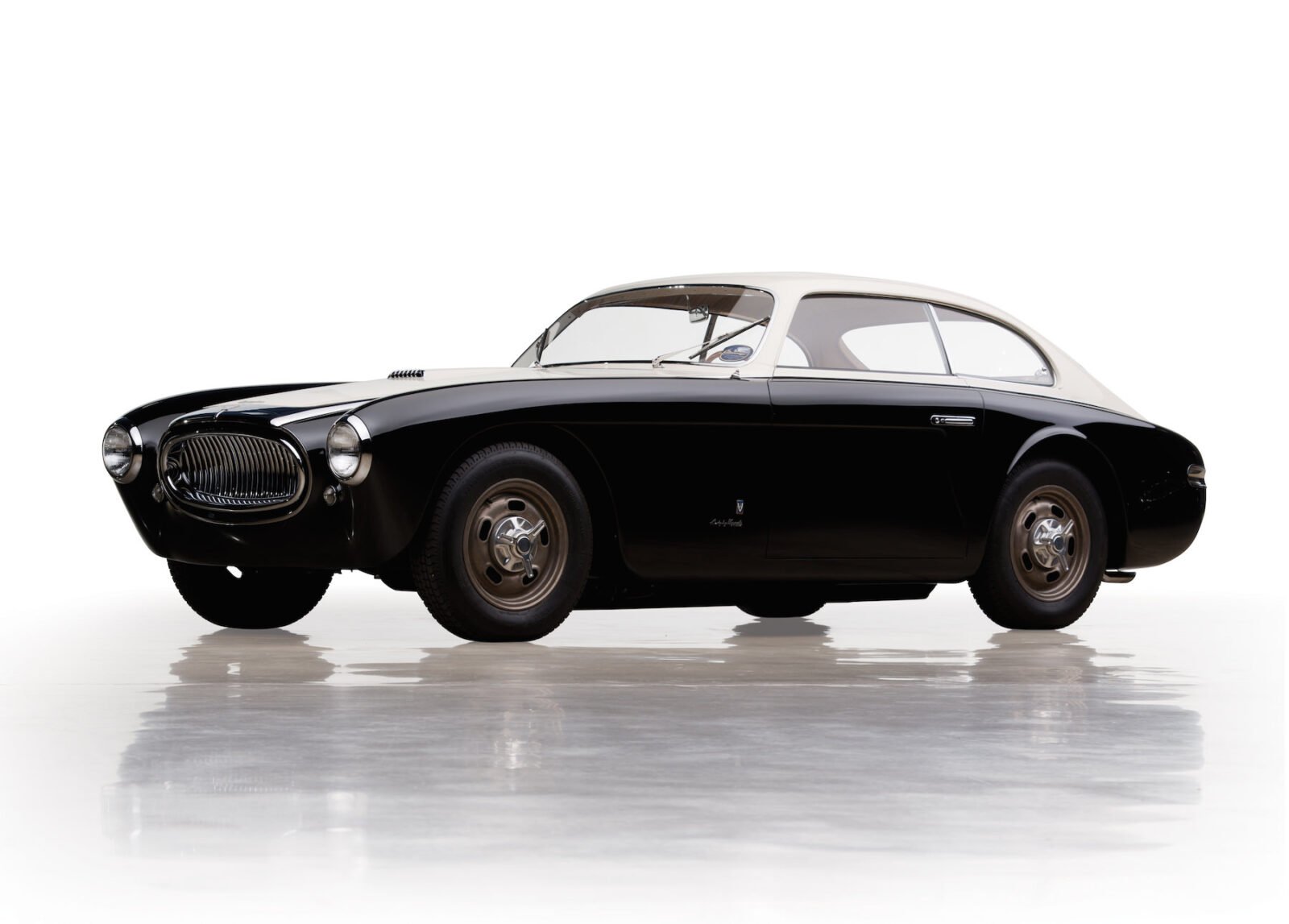 The Cunningham Continental C3 is an American car that was built in exceedingly limited numbers in 1952 and ’53 for Briggs Cunningham – the racing driver, team owner, and America’s Cup champion. Briggs already had a long history of taking cars and modifying them for racing, he modified cars built by companies from Buick to Mercedes-Benz for racing and took wins at prestigious circuits like Road America and Watkins Glen.

In 1952 he decided to enter Le Mans in a car of his own making, but race organisers chose the same year to implement a new homologation rule – all cars entered had to have production runs of at least 25 units. Briggs decided to take the new requirement in his stride and immediately began work on developing a road-going version of the C2-R and use this new road car to help fund his racing efforts – not dissimilar to the strategy used by Enzo Ferrari.

Cunningham hired legendary designer Giovanni Michelotti to pen the shape of the Continental C3, with the hand-crafting of the aluminium and steel bodies tasked to Vignale of Italy. The chassis and running gear of the C3 were decidedly American – the engine was a 392 cubic inch OHV V8 provided by Chrysler, and capable of 350hp at the crank. This engine is fed by four Zenith single-barrel carburettors, and it sent power to the rear wheels via a 5-speed manual transmission, and it all rides on independent front suspension with coil springs, and a live rear axle with coil springs, and it’s stopped by 4-wheel hydraulic drum brakes.

Each chassis was built by Cunningham’s team at his West Palm Beach plant, it took them roughly one week to create a rolling platform which was then shipped to Vignale in Italy.

Due to the traditional methods used by the metalworkers at Vignale, it could take them up to two months to finish a body, which was then shipped back to West Palm Beach for completion by the Cunningham team.

All of this hand-work and shipping around the globe took its toll on the Continental C3’s bottom line, each of the 25 cars cost between $8,000 and $12,000 USD in 1952 dollars, which equates to approximately $71,000 to $107,000 USD in 2015 money. These figures were staggeringly high for a car at the time so the order books for the C3 contained the names of some of the richest men in the United States, including Nelson Rockefeller, a member of the Du Pont family and Carl Kiekhaefer, the owner of Mercury Marine.

The car you see here was the first of the chassis to be sent to Italy for a body, the previous chassis had been fitted with panels at the West Palm Beach location. This makes it even more historically significant than the other surviving 23 examples of the Cunningham Continental C3, this was the car owned by Carl Kiekhaefer and in recent years it’s undergone a full restoration. It’s now being offered at the Andrew’s Collection Auction on the 2nd of May 2015 with an estimated hammer price of between $900,000 and $1,200,000 USD – if you’d like to bid on it or read more, you can click here to visit RM Sotheby’s. 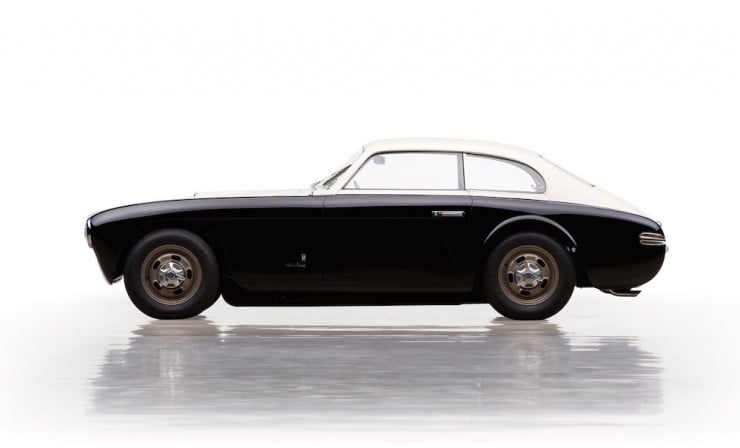 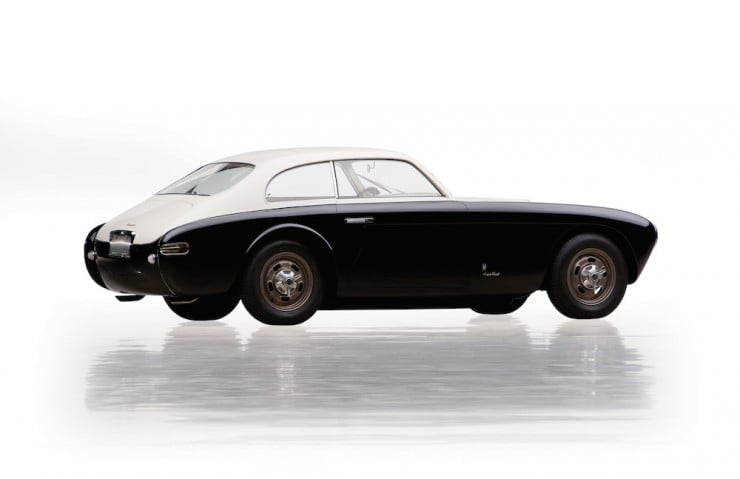 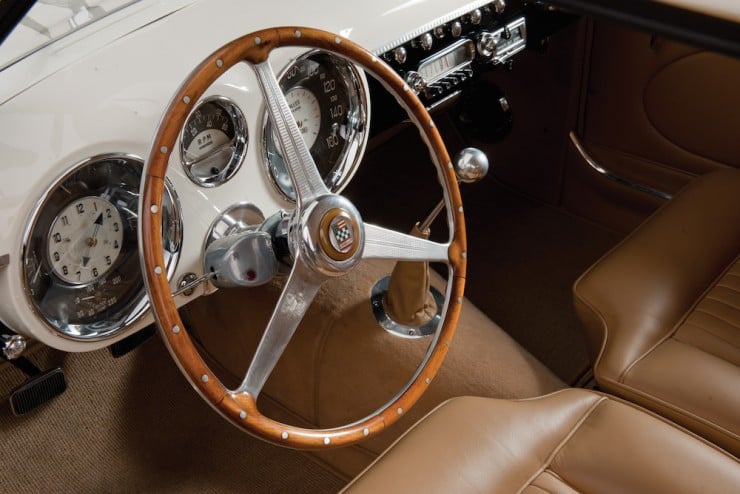 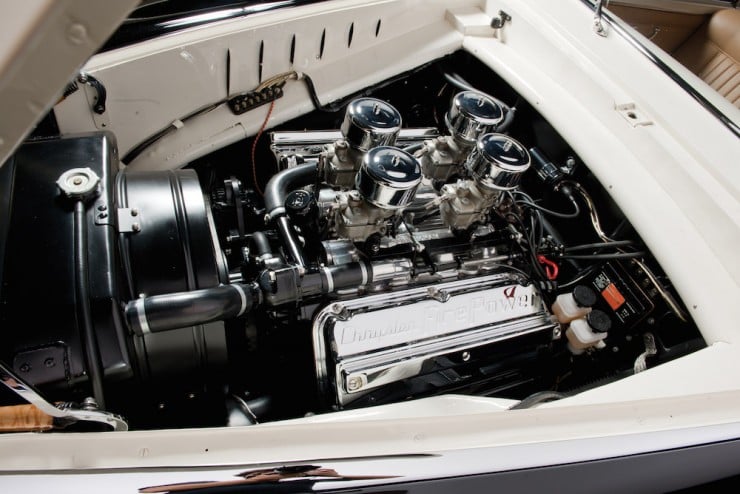 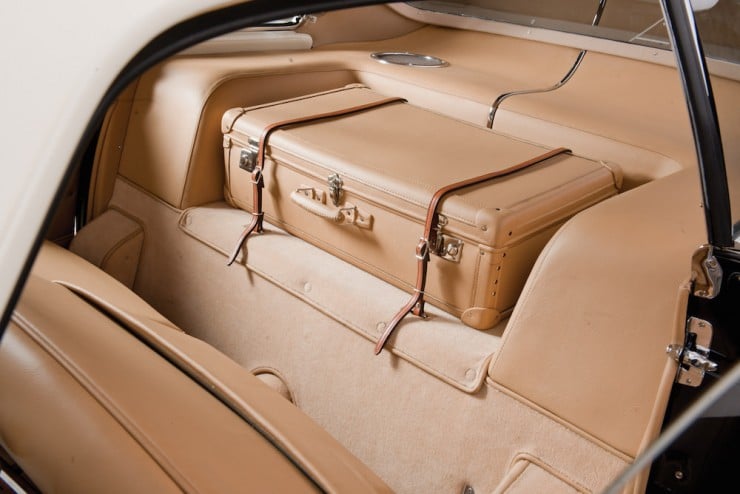 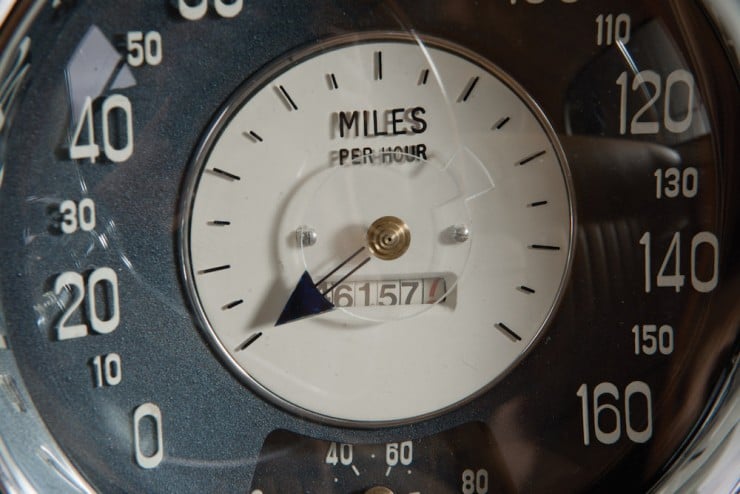 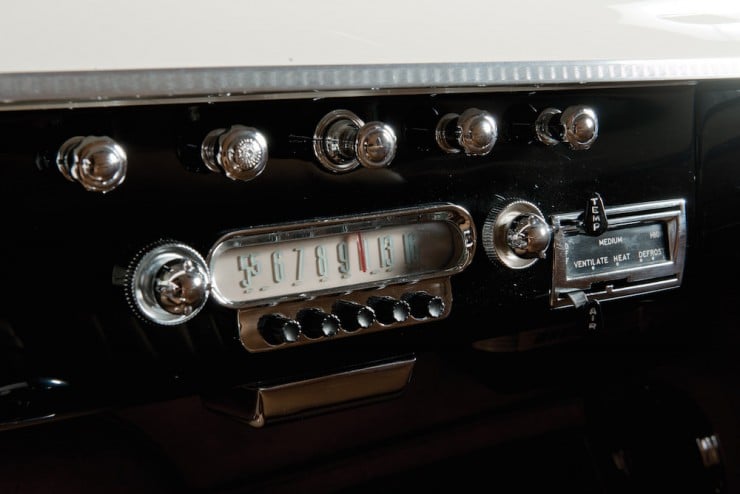 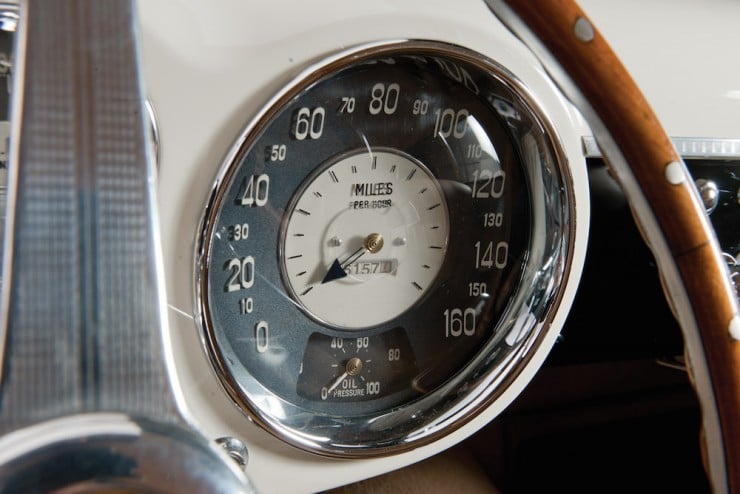 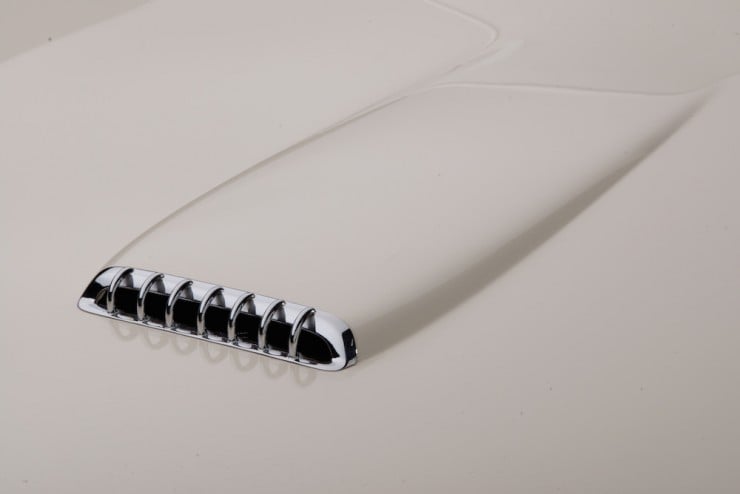 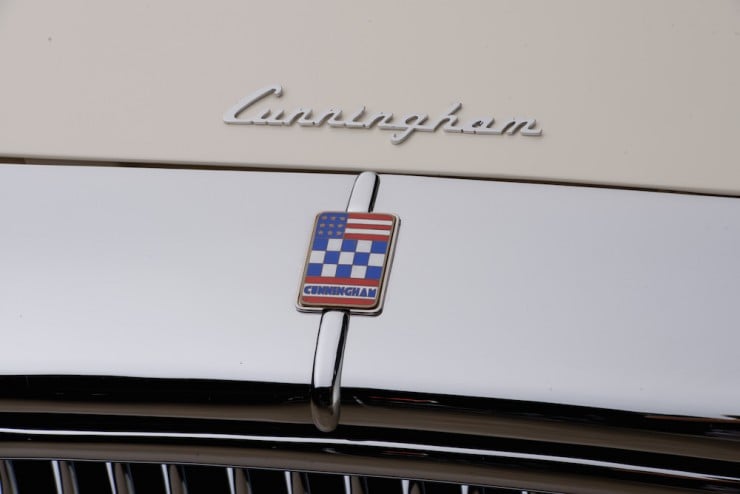 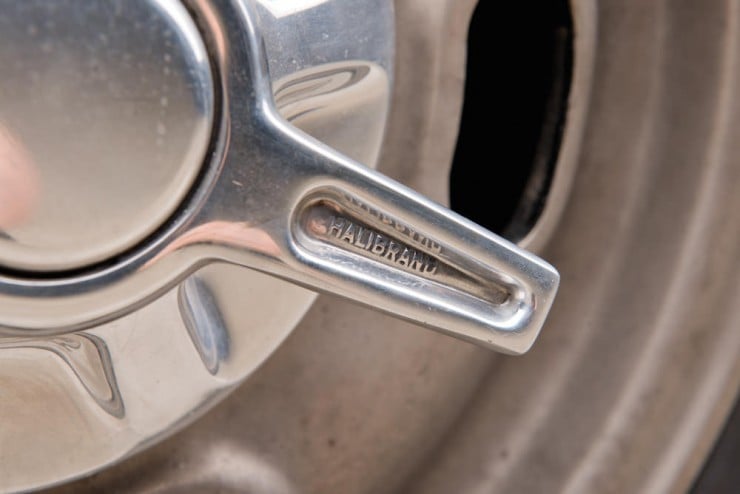 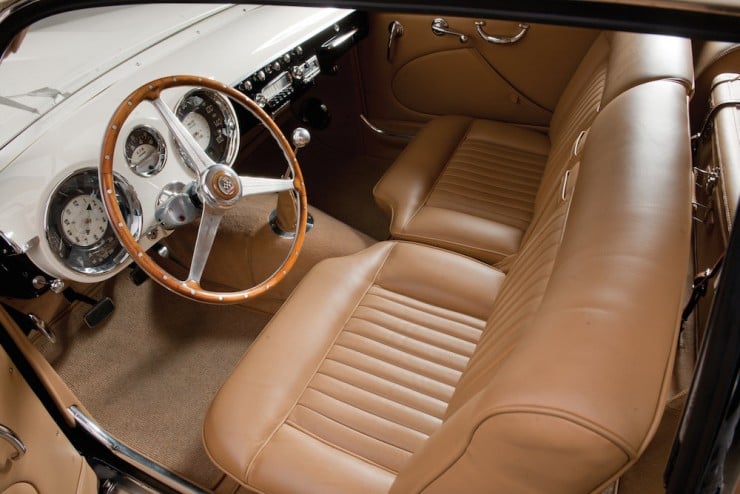 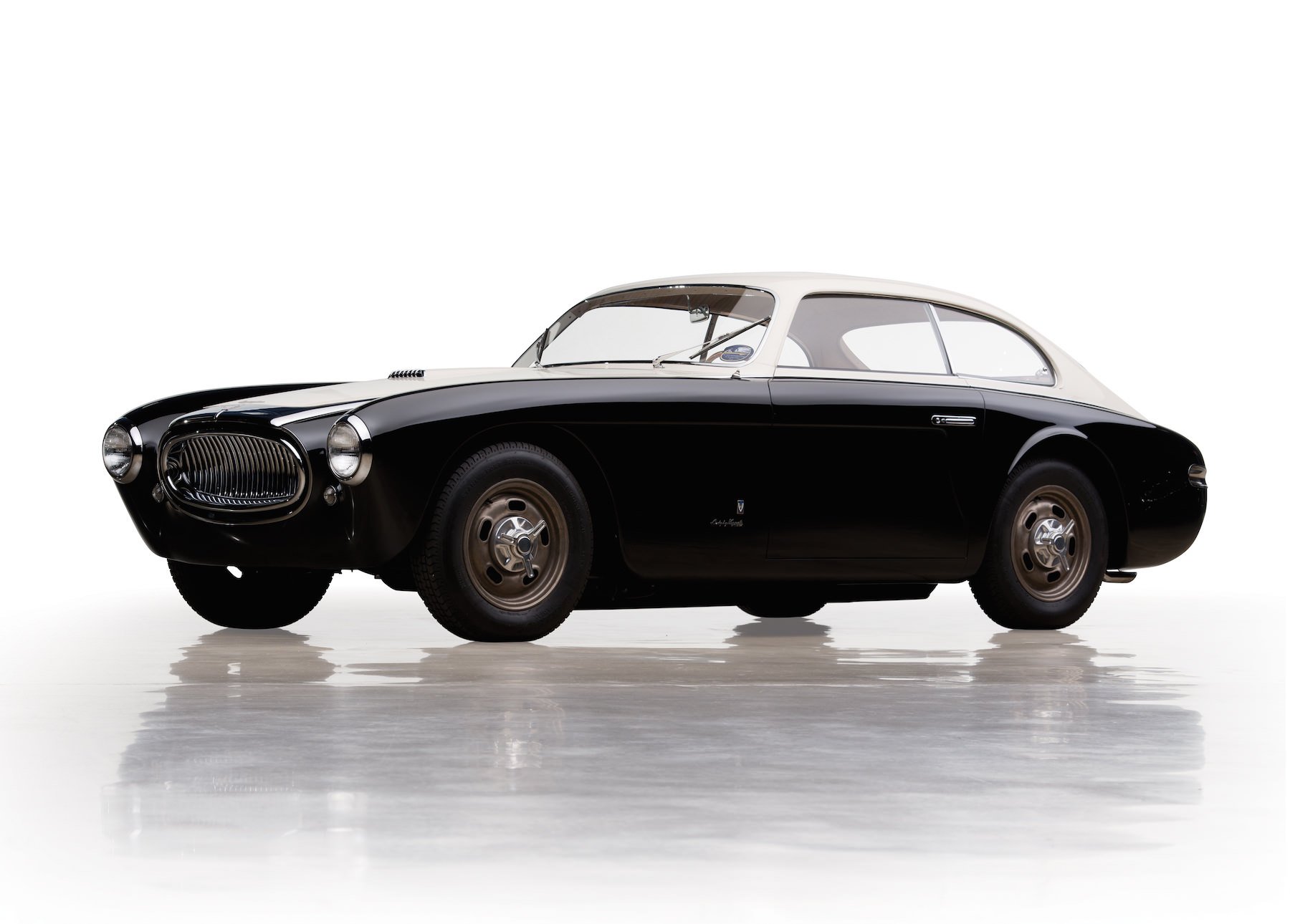