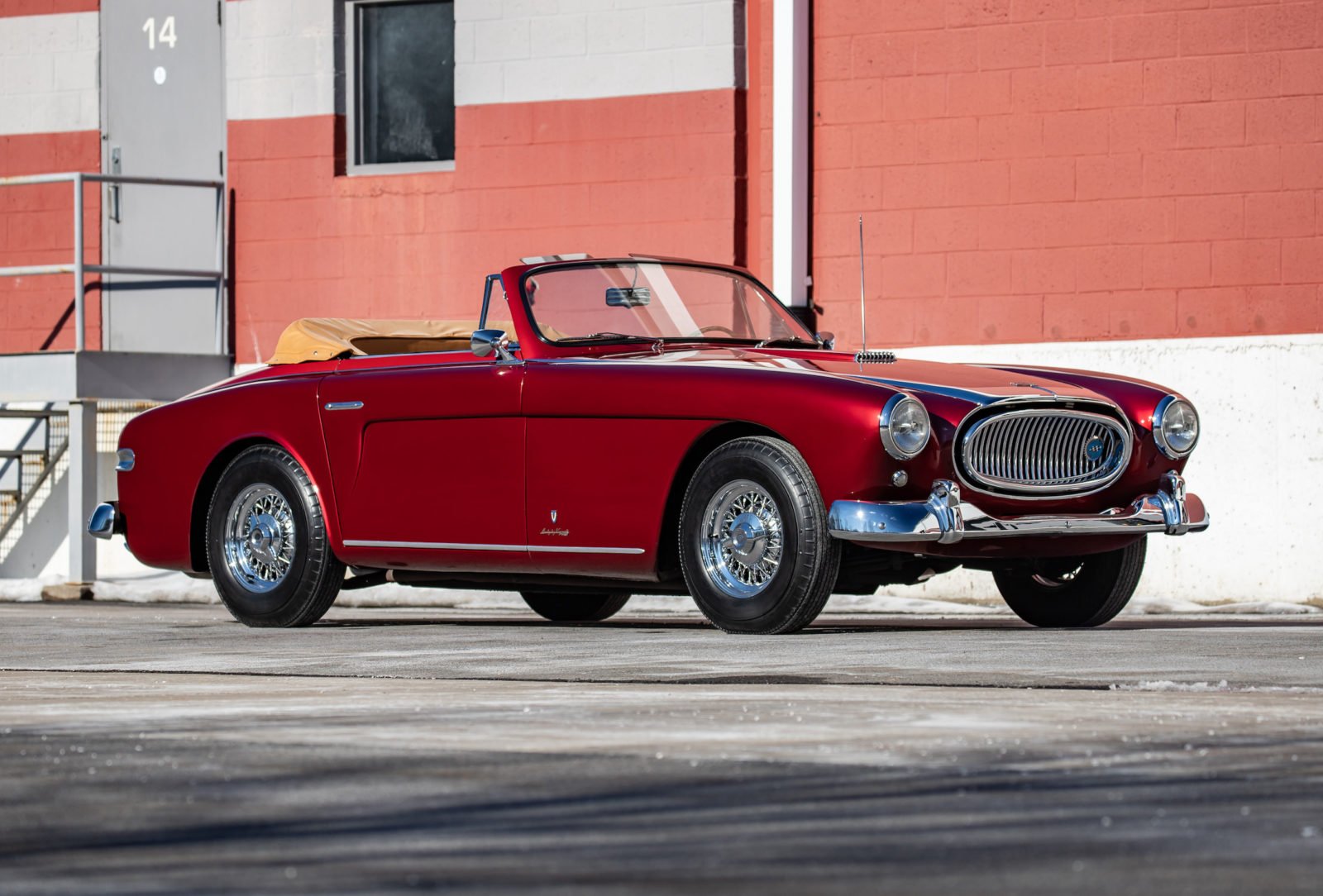 The Cunningham C-3 was a high-performance GT car developed by America’s Cup winning sailor and racing driver Briggs Cunningham. The C-3 was never intended to be profitable to manufacture – it was created to meet the 25 car homologation requirement to compete at the 24 Hours of Le Mans.

Cunningham was by all accounts an incredibly talented racing driver, he also happened to be the son of a wealthy American financier and heir to the Swift meatpacking fortune – this meant he had almost unlimited funds to pursue his dreams of competing at Le Mans in an American car.

Briggs Cunningham was one of those people who was fast in whatever they were piloting, be it a sailing vessel, an aircraft, or a race car.

Above Video: Jay Leno shows off his recently restored Cunningham C-3 in this episode of Jay Leno’s Garage, he discusses the restoration process, and gives some interesting historical insight into Briggs Cunningham and the C-3.

He was born into one of the wealthiest families in the United States but he was never one to sit on his laurels – he was a highly-competitive tennis player, a brakeman on the Olympic bobsled team, an America’s Cup winning skipper, an accomplished pilot, and a dedicated racing driver who loved nothing more than racing at Le Mans.

Le Mans would become a lifelong obsession for Cunningham, he competed in the event nine times from 1950 until 1963 with a four year gap from ’56 to ’59. In 1950 he raced the highly unusual Cunningham “Le Monstre” Spider – a Cadillac Series 61-based vehicle with a custom lightweight body.

This seems to have wetted his appetite for racing his own cars, he founded the B.S. Cunningham Company to build custom cars specifically for racing at Le Mans. He raced his own cars at Le Mans in ’51, ’52, ’53, ’54, and ’55. In later years he would race a Corvette and later an E-Type Jaguar.

In order to race at Le Mans you needed to have at least 25 production versions of a car made, a homologation requirement that was intended to stop people from building extreme prototypes. being a man of means, Briggs Cunningham simple founded his own automaker and built the required 25 cars – all of which are still accounted for. 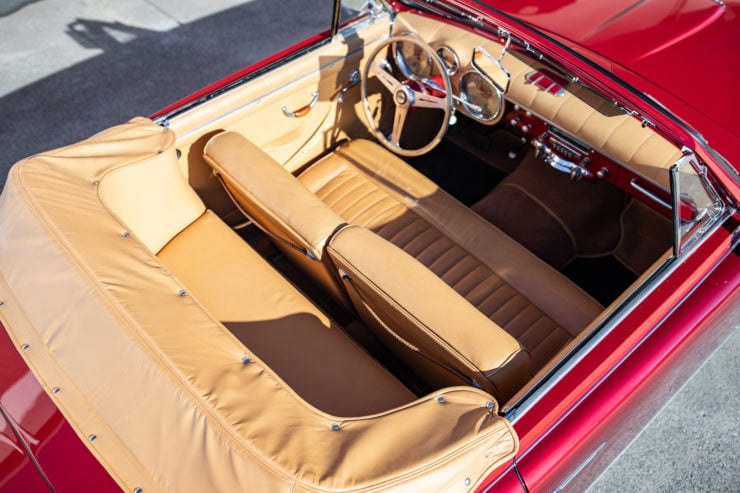 The interior of the car is beautifully trimmed in tan leather, it has a wood-rimmed steering wheel, radio, heater, and a full suite of instrumentation housed in a leather-wrapped dash.

As an homologation special the Cunningham C-3 was intended to pave the way for Briggs Cunningham and his team to claim an American win at Le Mans, driving a car that was built in the United States.

The C-3 was built up on an American-made chassis fitted with many components from period American production cars, like suspension and brake parts, engines, axles, and transmissions. Cunningham opted to use the powerful new Chrysler 331 cubic inch FirePower Hemi V8 topped with four Zenith single-barrel carburetors.

In stock trim from Chrysler this engine produced 180 bhp but after some attention from Cunningham’s men it was turning out 220 bhp with 300 ft lbs of torque – a prodigious power figure for the 1950s.

Once the rolling chassis was completed it was shipped off to Vignale in Italy, a coachbuilding company that also built many Ferraris in the 1950s. In fact may have noted the similarities between the body of the Cunningham C-3 and the body of the Ferrari 212 Inter. 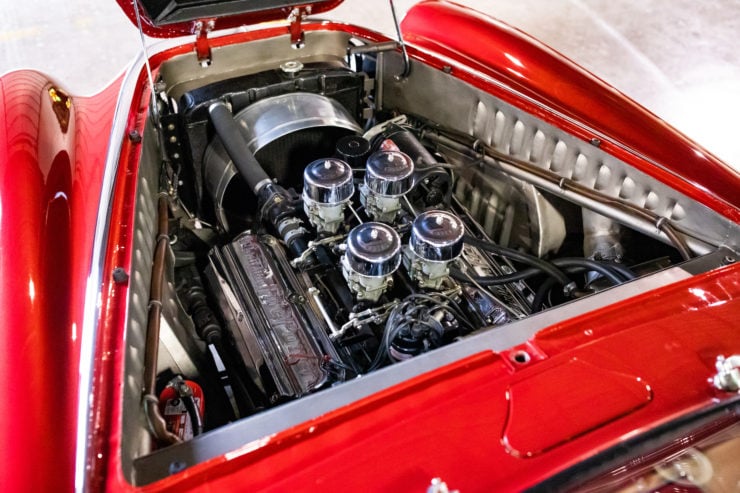 Cunningham and his team built a special version of the Chrysler 331 cubic inch FirePower Hemi V8 with four Zenith single-barrel carburetors that produced 40 bhp more than the original engine.

Despite the cost all 25 cars were built and sold, with five cabriolets and twenty coupes produced. Today these cars typically sell for somewhere around the $1 million dollar mark when they (infrequently) come up for sale.

The car you see here is a 1953 Cunningham C-3 cabriolet, it was bought new by racer and rare book collector Irving Robbins and shown at the Pebble Beach Concours d’Elegance in 1956, 1957, and later in 2015.

When it was first delivered back to the United States with its new Vignale body this car, chassis 5441, was placed on display at Alfred Momo’s in New York. When Irving Robbins bought the car he part traded in his race-damaged Cunningham C-2.

Over the intervening years this car was owned by a number of people, it passed through three well-respected private collections, one of whom had the car carefully restored.

Briggs Cunningham’s daughter Lucie would later buy the car to enjoy with her mother, and she showed it at the 2013 Greenwich Concours d’Elegance. 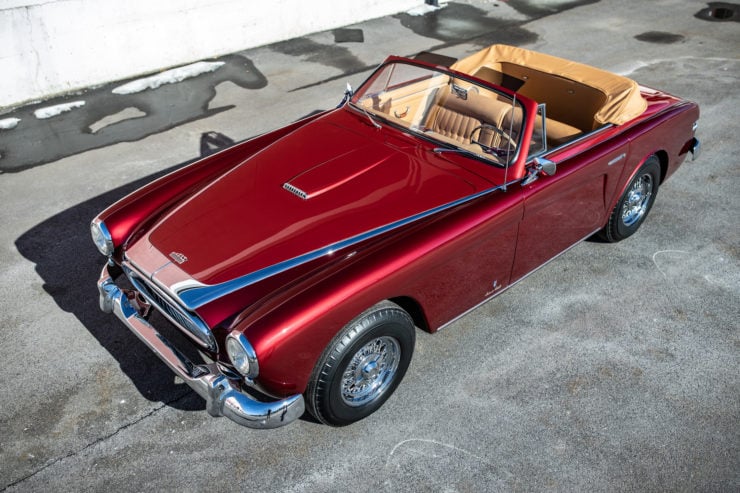 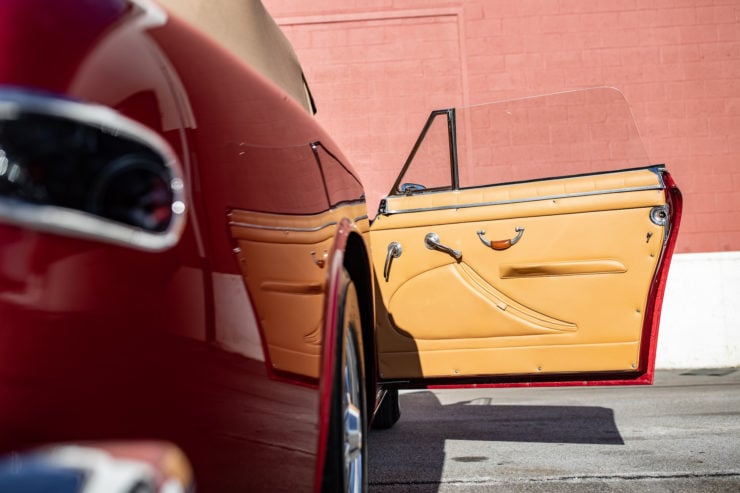 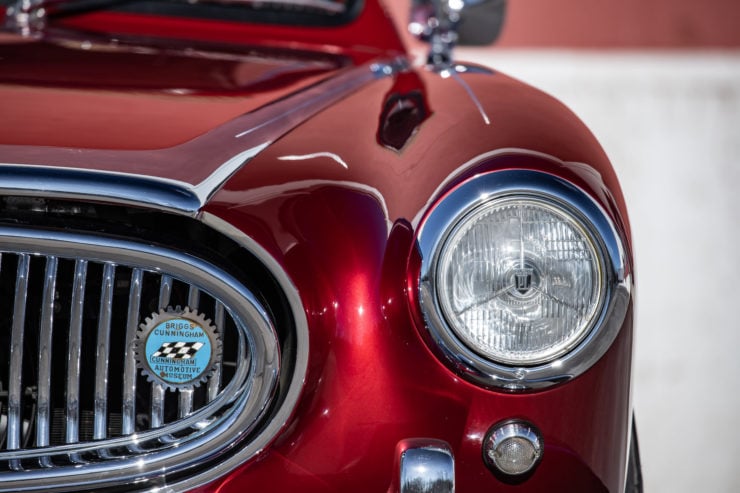 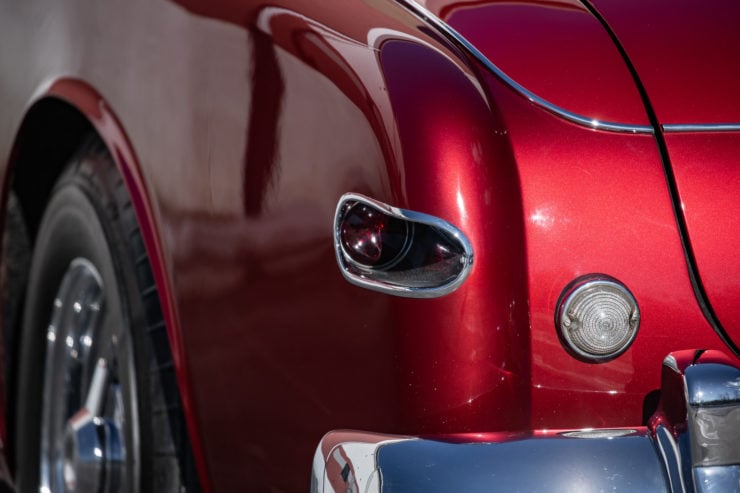 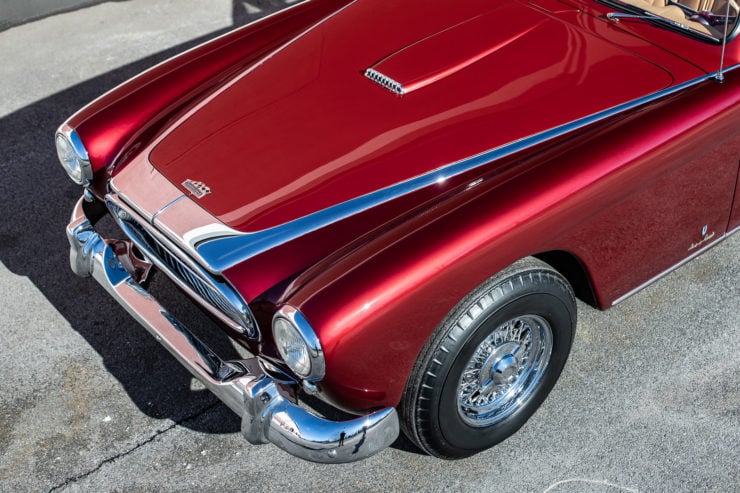 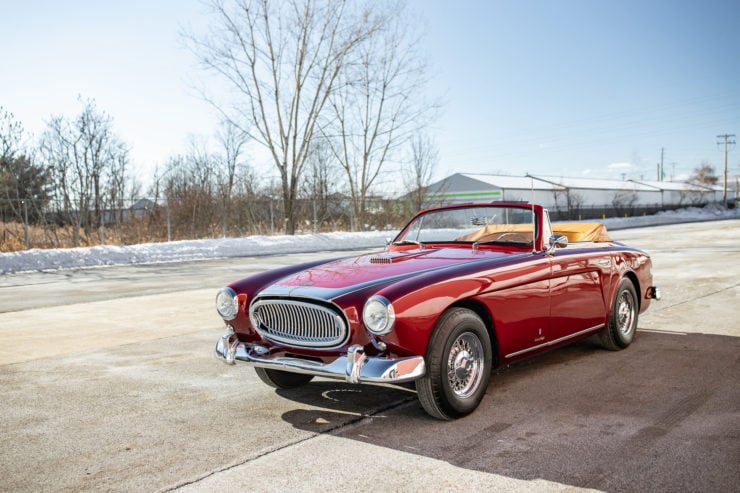 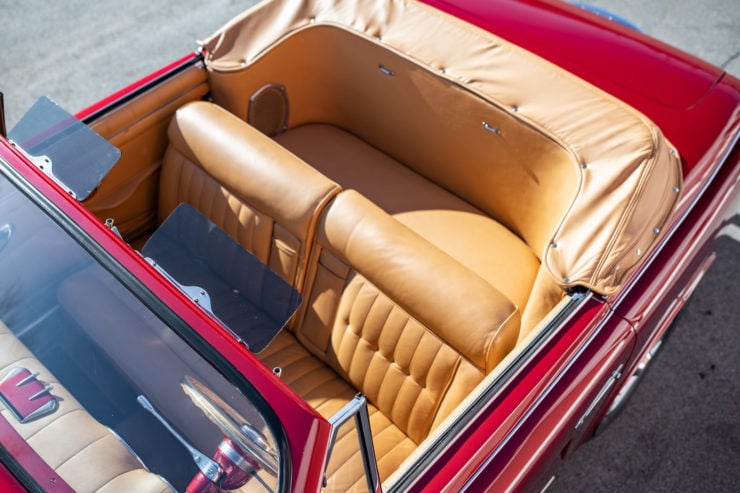 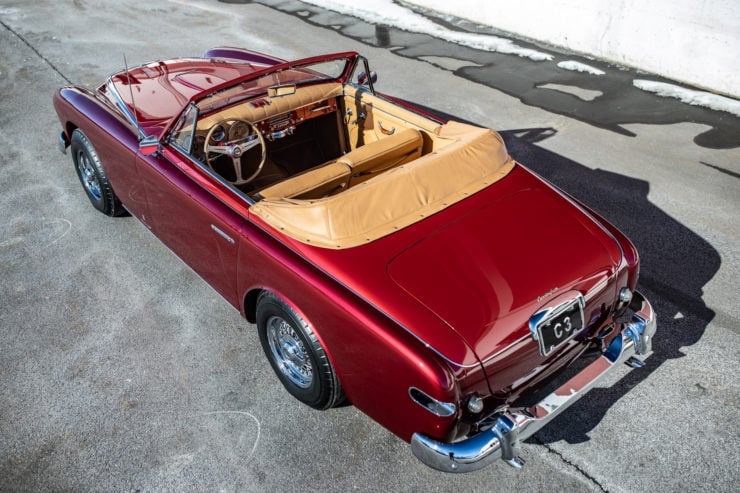 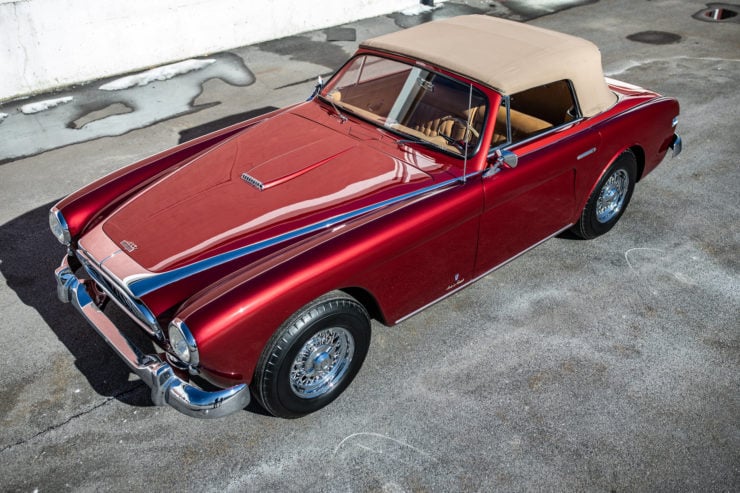 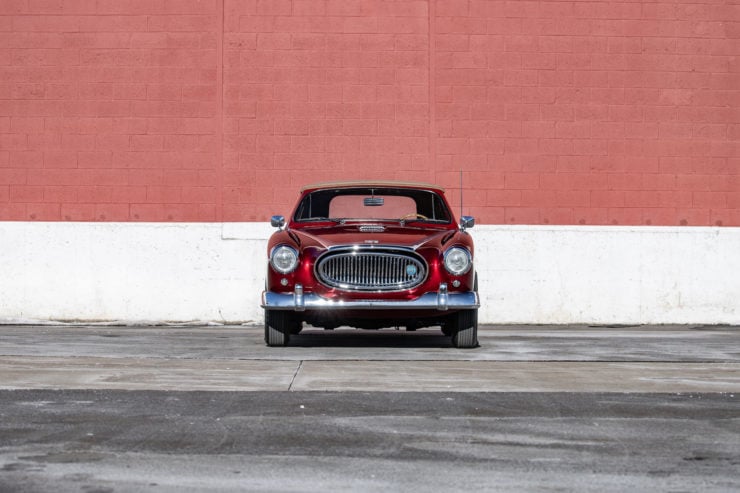 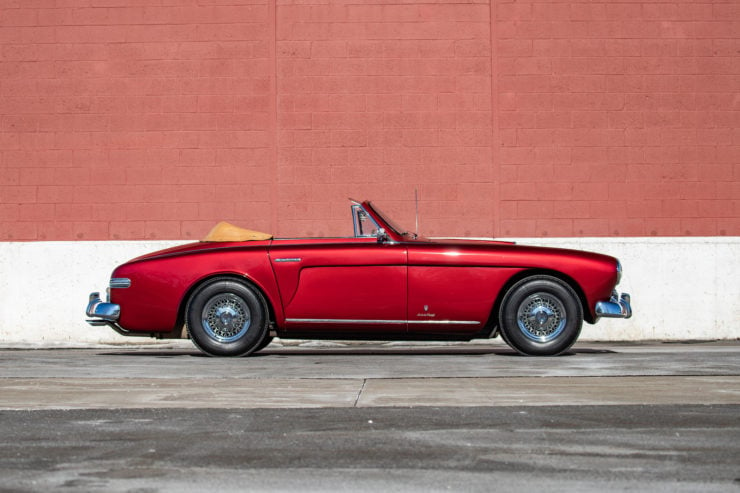 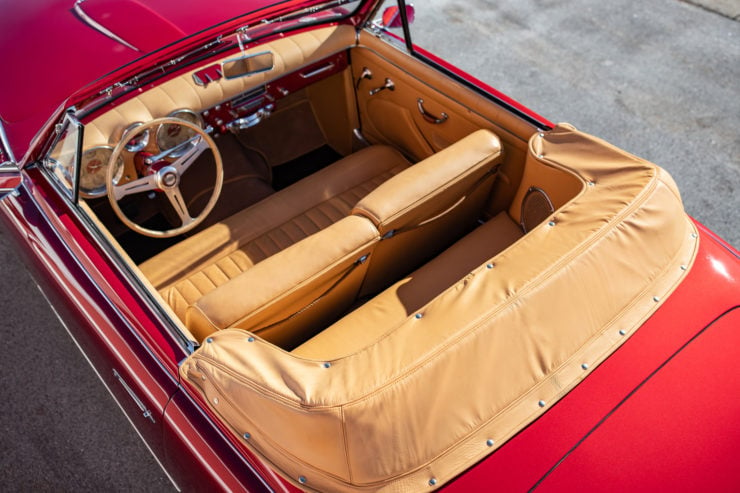 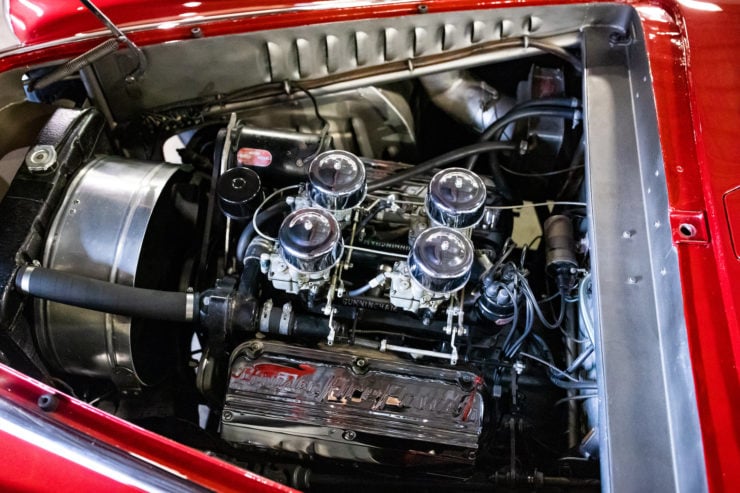 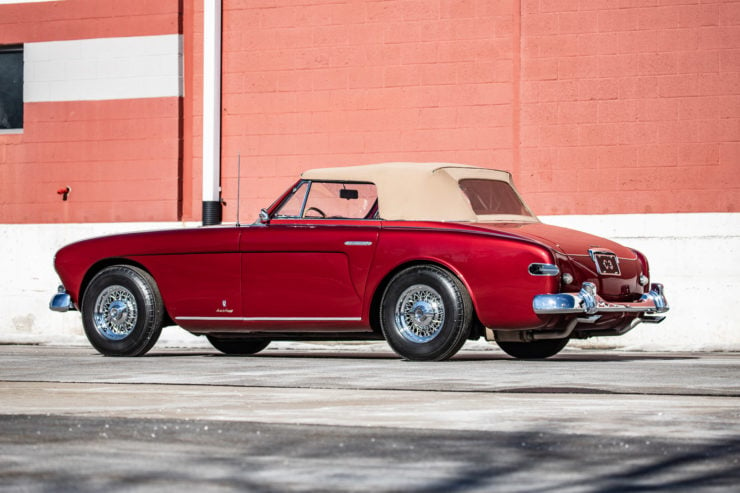