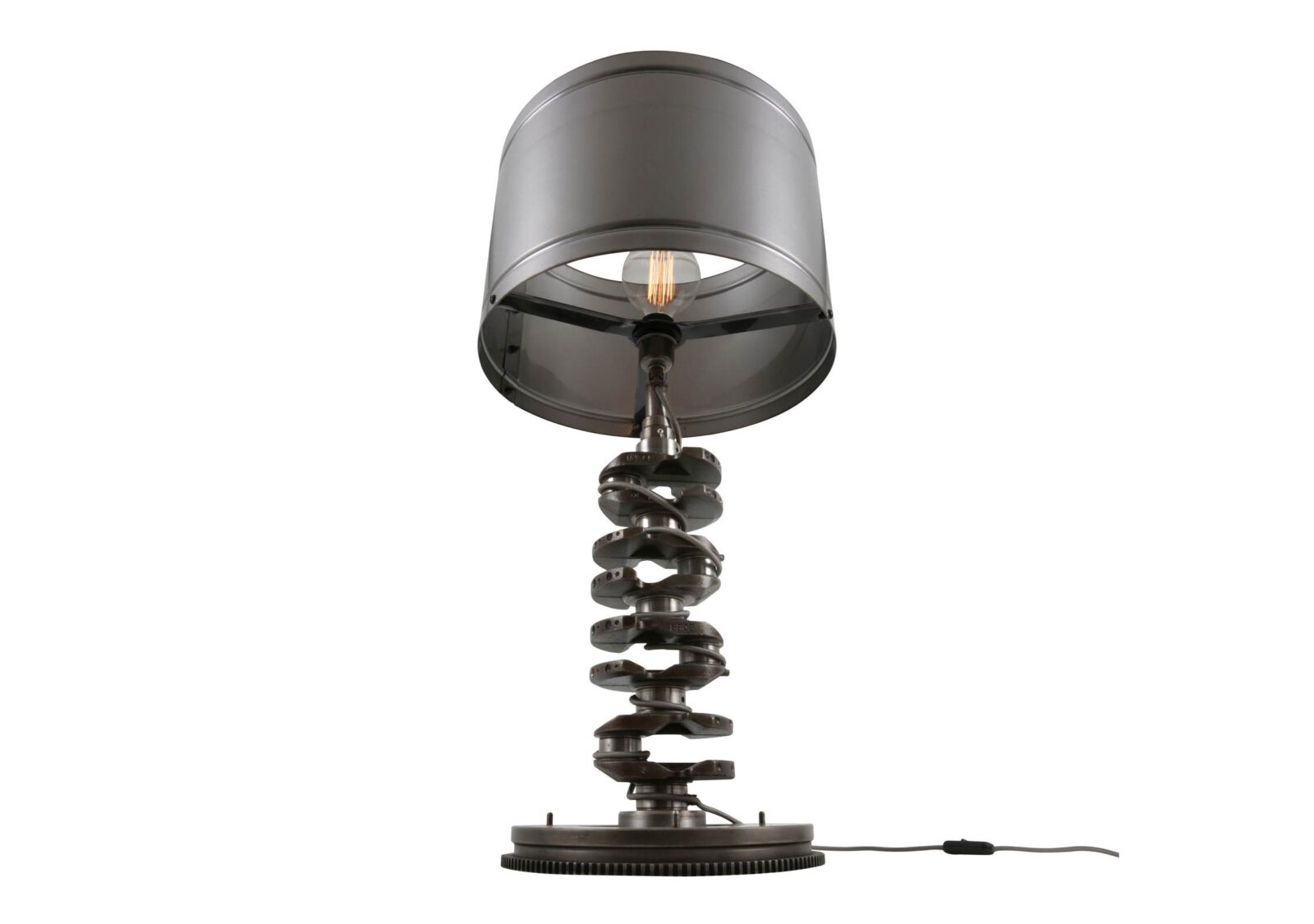 This crankshaft table lamp from the team at Mullan Lighting is an industrial piece that’ll look equally at home in a garage or shed as it will in a bedroom or study.

Each of these lamps is made using an original crankshaft from a four cylinder engine – the most common road car engine design in the world. It’s attached to a flywheel as its base, with a lamp shade fitted to the top that resembles a section of a 55 gallon oil drum.

The Mike Treanor of Mullan Lighting explains that each is made by hand one at a time in Monaghan, Ireland so some variation in the finish can be expected and the lead time on an order is about 2 to 3 weeks.

While the industrial aesthetic won’t appeal to everyone, this lamp will be perfectly at home in any suitably well equipped garage.

Of course it is quite heavy so it’s probably advisable not to place it on your nightstand if you live an earthquake-prone area and don’t enjoy blunt force wake up calls to the head.

These lamps cost $598.95 USD each, delivery costs vary however most US addresses seem to cost approximately $61 USD. 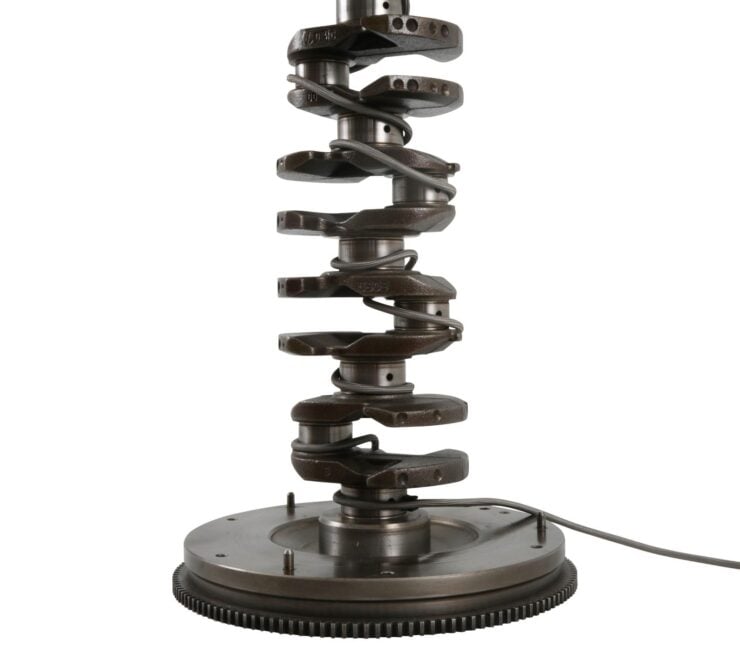