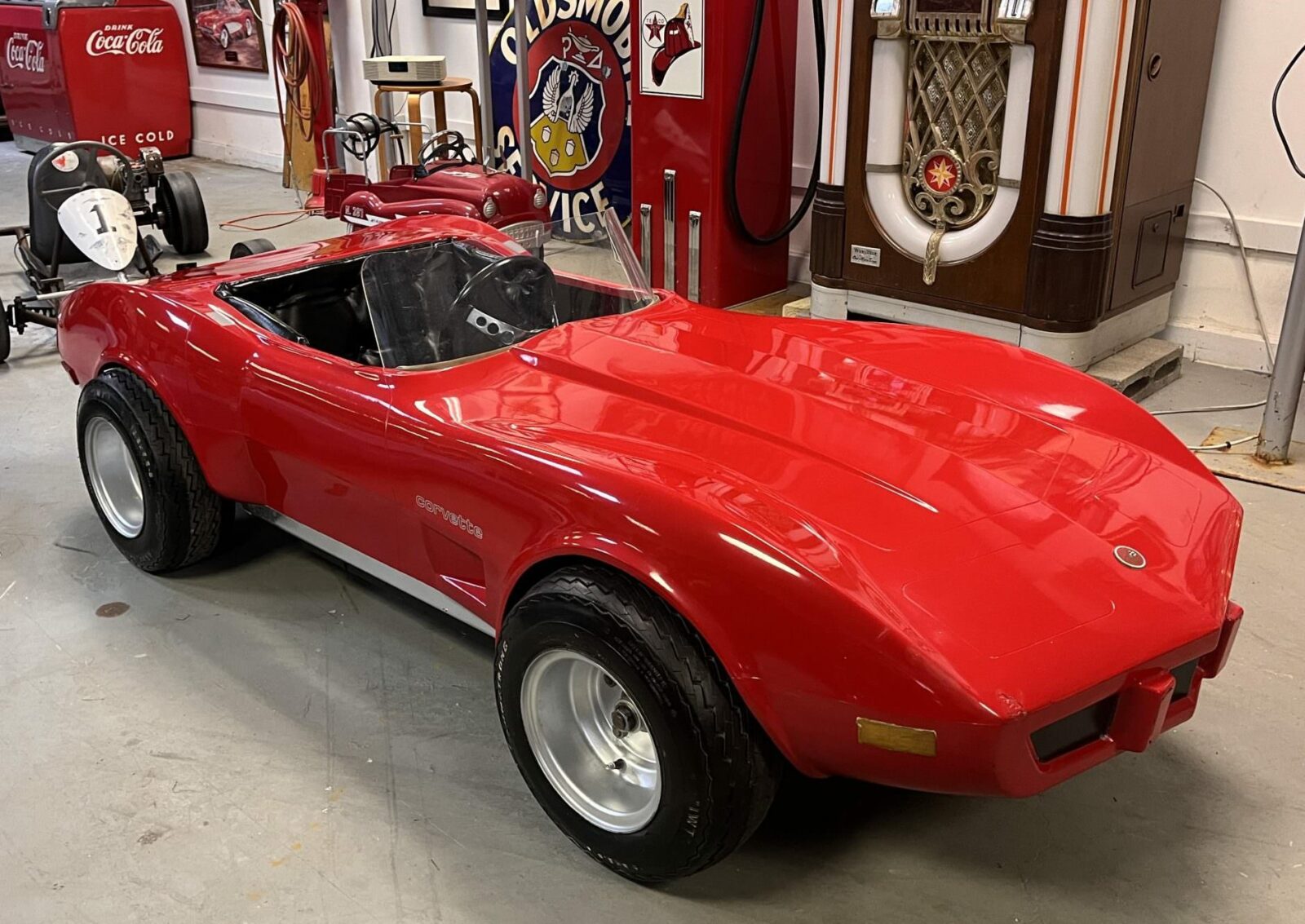 This go kart has a fiberglass body designed to evoke the styling of the C3 Corvette, and it’s powered by an 8 bhp Tecumseh single-cylinder engine that sends power back to a live rear axle via a torque converter.

This kart is said to have been manufactured by Hagstrom Sales Limited of Lilburn, Georgia in the 1980s. It then spent decades in storage before being acquired by the current owner in 2022 who gave it a servicing that included the installation of a new carburetor and spark plug, an oil change, and fuel tank clean out. 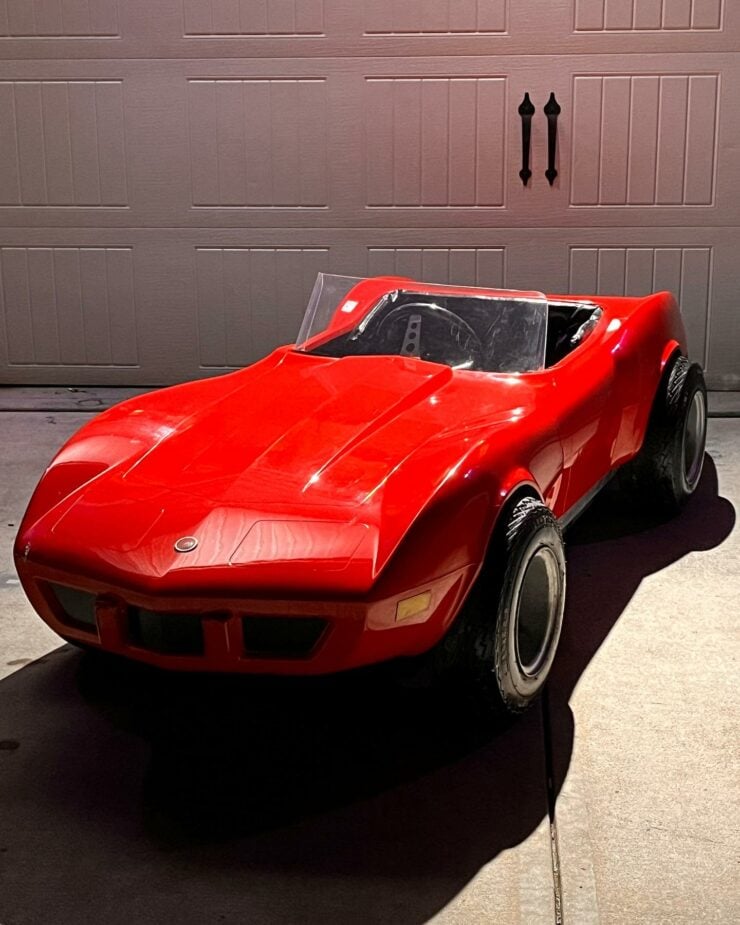 This go kart has a red fiberglass body designed after the later versions of the C3 Corvette after the chrome front and rear bumpers had been deleted.

The C3 Corvette, the car this kart’s body is based on, was released in 1968 and sold in various forms until 1982. The design of the C3 has been lauded as one of the most beautiful American cars of the time, it was strongly influenced by the Mako Shark II designed by Larry Shinoda that had debuted at the 1965 New York Auto Show. 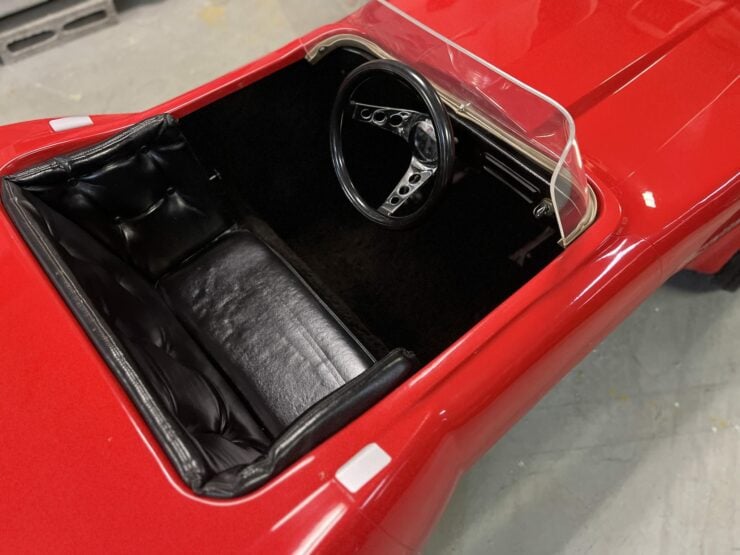 As you would expect for a go kart it has seating for one, a central steering wheel, and adjustable pedals on either side of the footwell.

As with the earlier C1 and C2 Corvettes the C3 had a fiberglass body over a steel frame, and unusually for an American V8 sports car from the era it had independent rear suspension rather than a live axle.

The C3 would prove to be a success for Chevrolet both on the race track and on the showroom floor, with its production stretching across three decades.

This go kart is now ready to ride or so be a display piece, whichever the new owner prefers. It’s currently being sold out of Point Pleasant Boro, New Jersey on Bring a Trailer and it comes with a key and a bill of sale. If you’d like to read more about it or register to bid you can visit the listing here.

+ Editor’s Note – This kart was built by Travis Weiss over at Project Weiss, you can follow him on Instagram here to see his new creations. 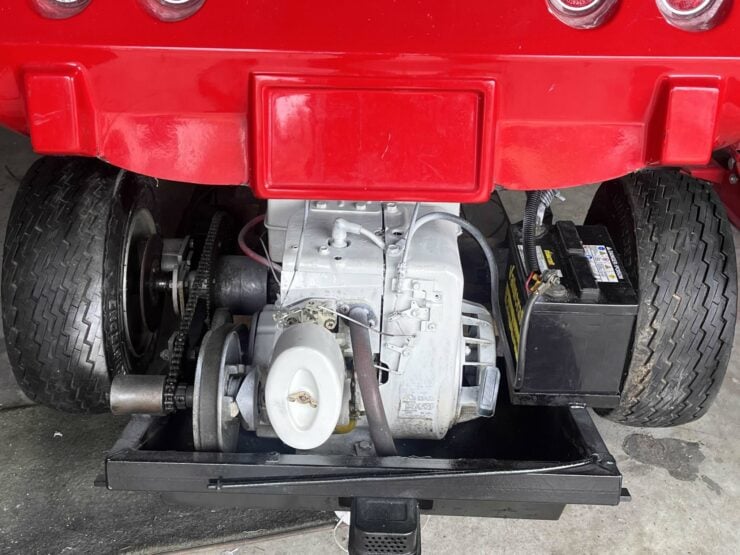 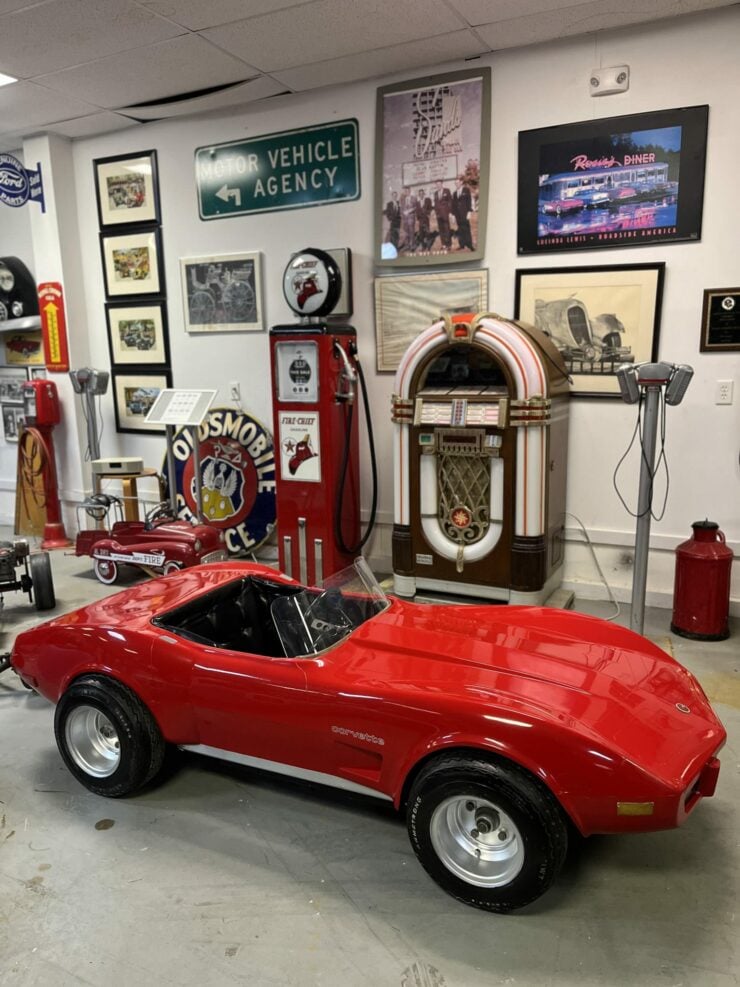 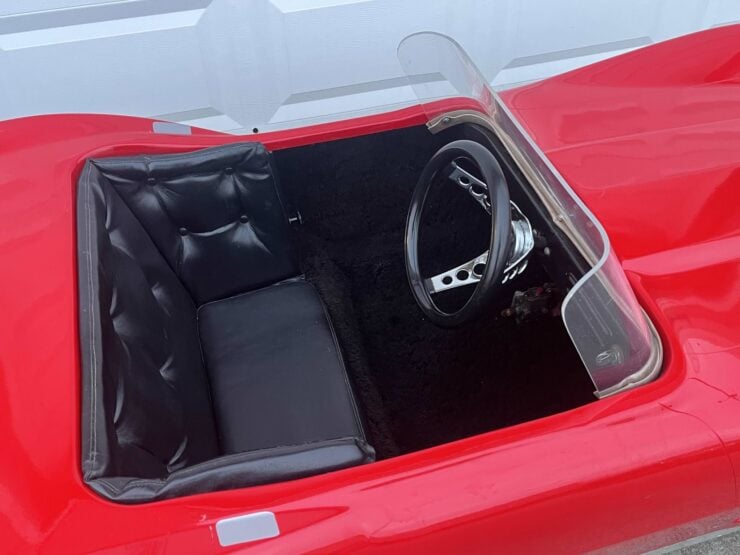 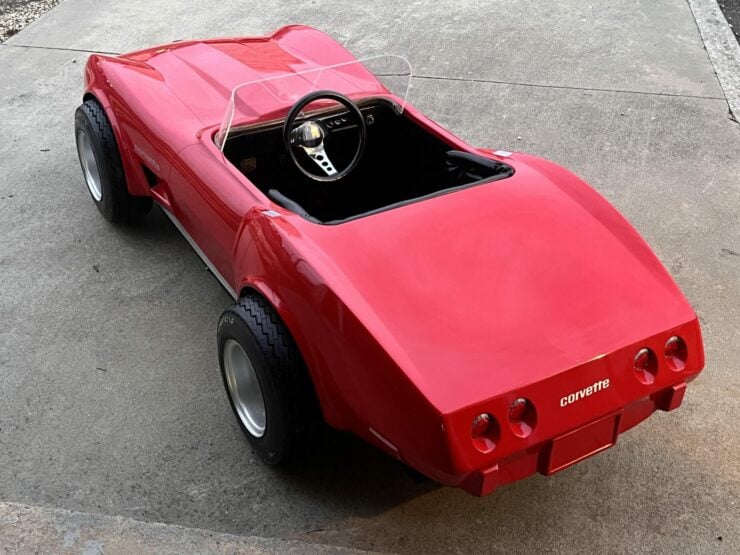 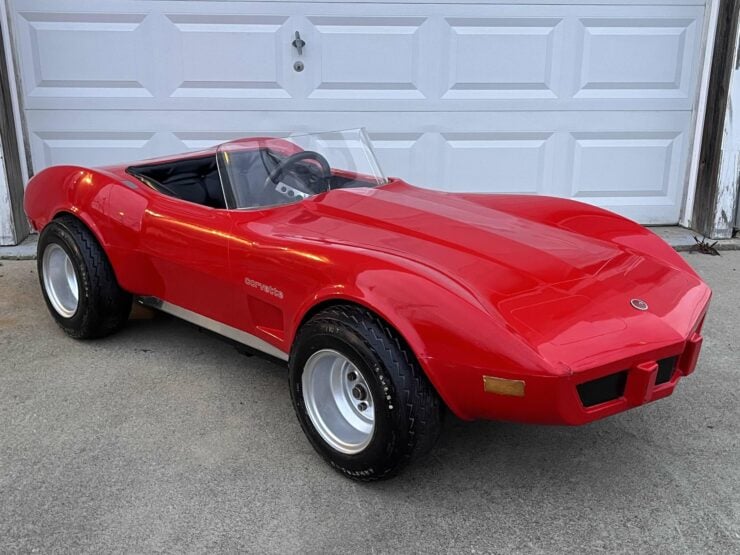 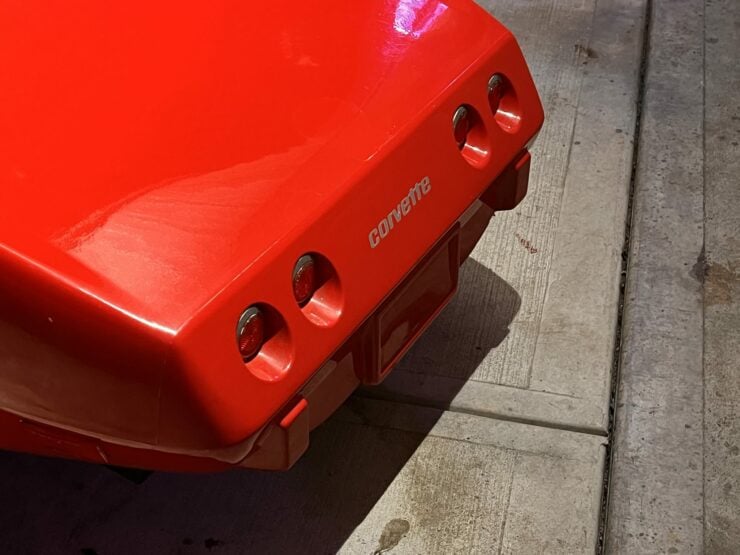 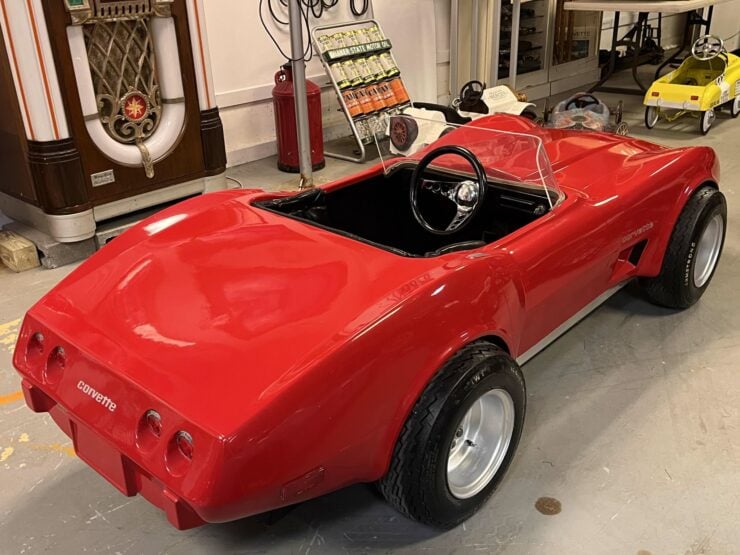 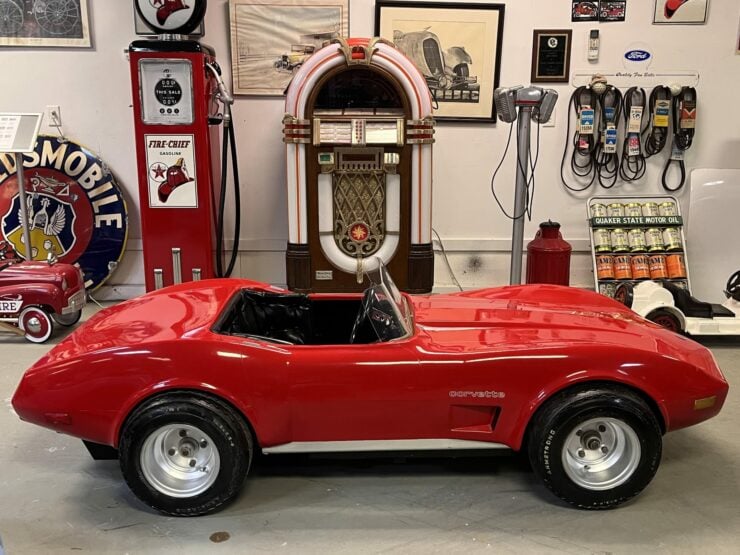 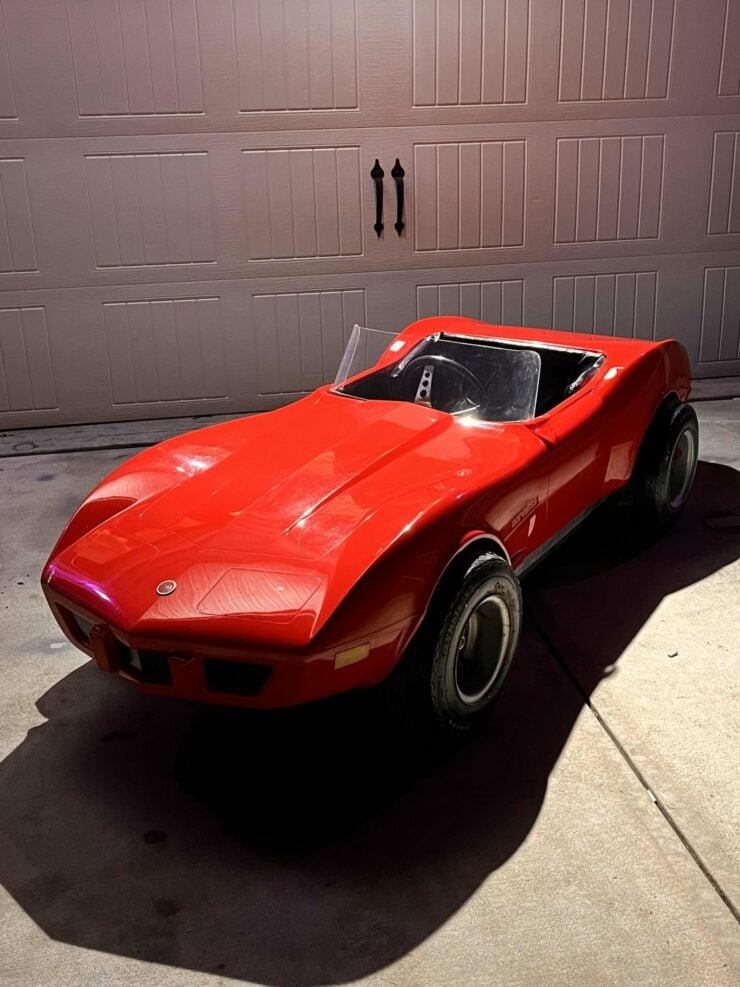