This film dates from the 1930s, it was made by the Morris Motors Cine Dept. at Cowley to showcase their advanced (by the standards of the time) manufacturing facilities for engines and gearboxes.

The film shows a fascinating range of manufacturing techniques for various engine parts, processes like forging crankshafts and then machining them down to within the fine tolerances they need to be at to function correctly.

Morris Motors was the largest automobile manufacturer in Britain in the mid-1920s, this was quite the achievement as at this point in history Britain was one of the most dominant automobile producing nations in the world alongside the United States.

The company started out as William Morris’s WRM Motors Limited which was acquired by Morris Motors Limited in 1919 as part of a restructuring. William Morris became a major industrial tycoon, against all odds he had started his own bicycle repair business at the age of 16 and turned it into an automobile manufacturer with 51% of the British market.

Morris’ strategy for growth was clever and relatively simple, he ordered in almost all the components he needed to build cars from outside suppliers, and with the money he made he slowly bought the companies that were supplying him with parts. 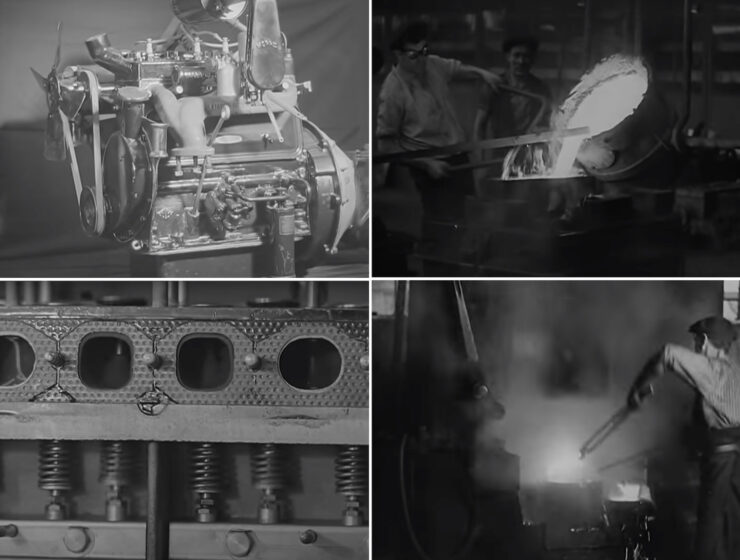 In the 1930s when this film was made, Morris Motors was near their peak. This film was almost certainly made in the Morris Engines Factory in Coventry, England.

This factory had originally belonged to the Hotchkiss company of France who had switched from making machine guns to engines after WWI, and they were one of the suppliers to Morris that the company acquired.

Although the Morris name has been out of use since 1984 there are plans afoot to bring it back – the current owners of the marque are Chinese company SAIC who have plans to release the Morris Commercial JE in 2021, an electric van with classic 1940s Morris design cues. 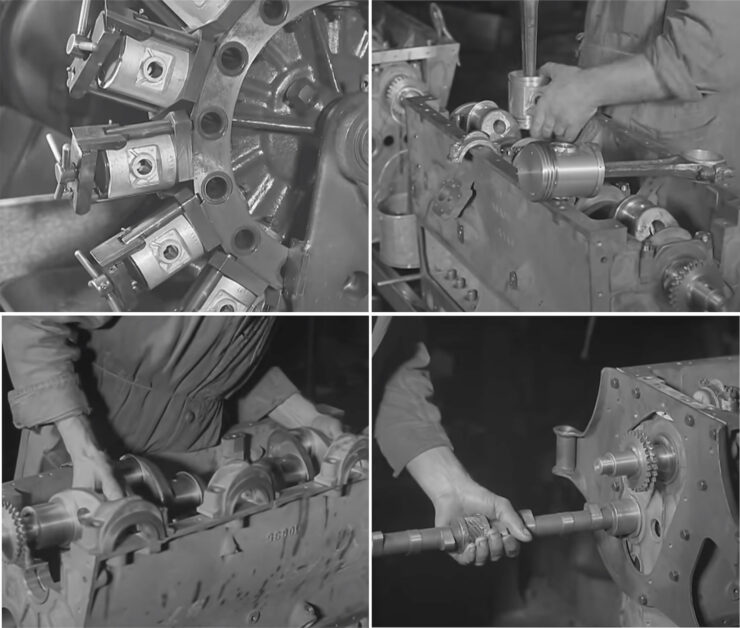 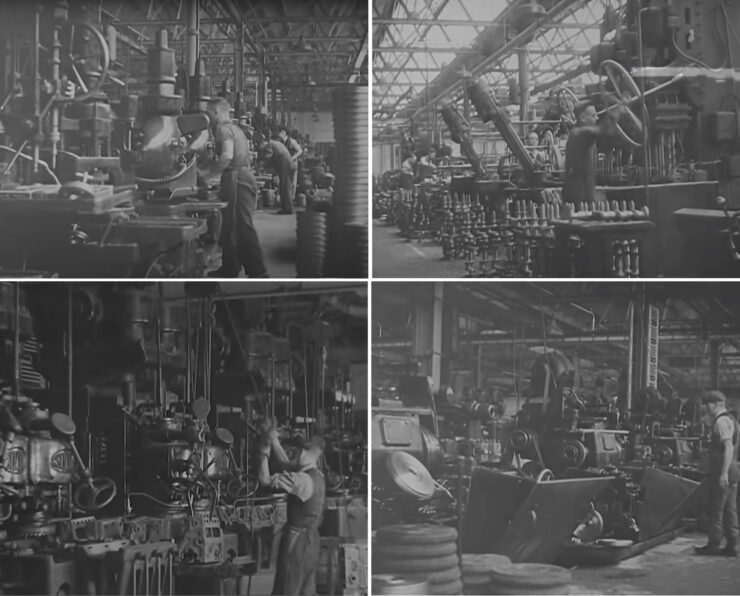