This film by Callum Gillies is about one of the strangest vehicles to ever turn a wheel on the icebound southern continent of Antarctica.

Called the Mini-Trac, this vehicle looks like it was built as a fairground attraction or for some long forgotten Hollywood film. In reality it was a surprisingly sensible vehicle for use on snow and ice due to its low weight, small size, and ease of maintenance.

Since the introduction of the first Mini in 1959 the little car has taken over the world, millions were made and they’ve been driven on all seven continents one of very few cars that can make that claim.

Perhaps the most important contribution the Mini made to the automotive world was the layout it pioneered – it uses a transversely mounted inline-four cylinder engine driving the front wheels.

This layout is now used by most new road cars manufactured in the world, and it contributed to the Mini’s unusually spacious cabin. With the development of the Mini-Trac it also allowed the front wheel drive system to operate the front sprocket wheel that propelled the vehicle forwards.

I won’t go into too much detail about the Mini-Trac here as I don’t want to ruin Callum’s film, it’s a fascinating story and if you do know the whereabouts of any of the surviving Mini-Tracs please get in touch with us via the Contact Us page and we’ll tell Callum. 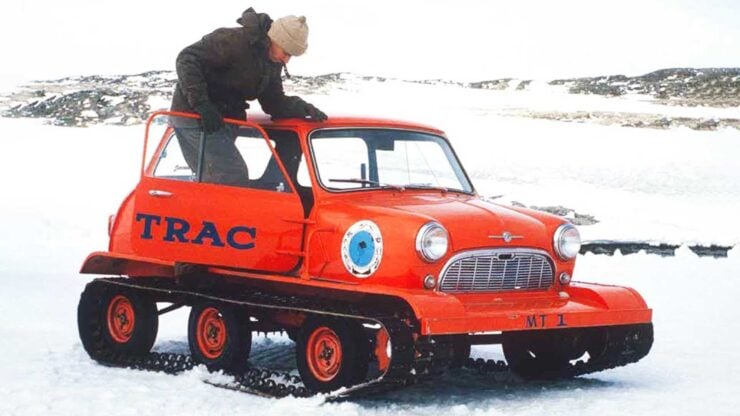 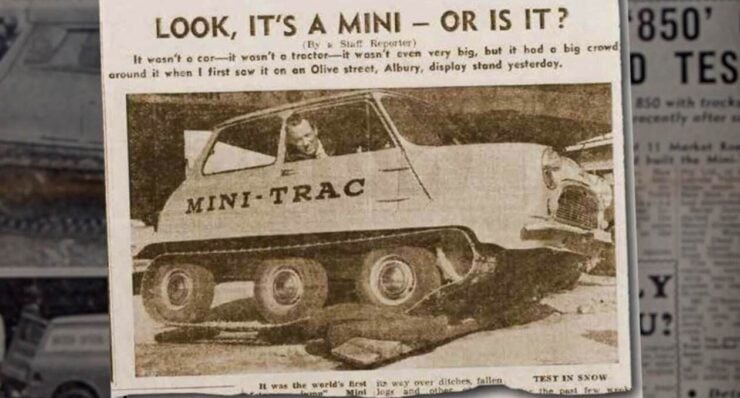 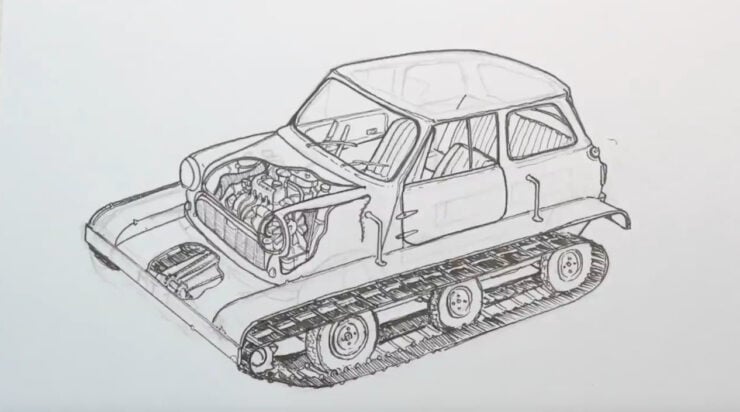 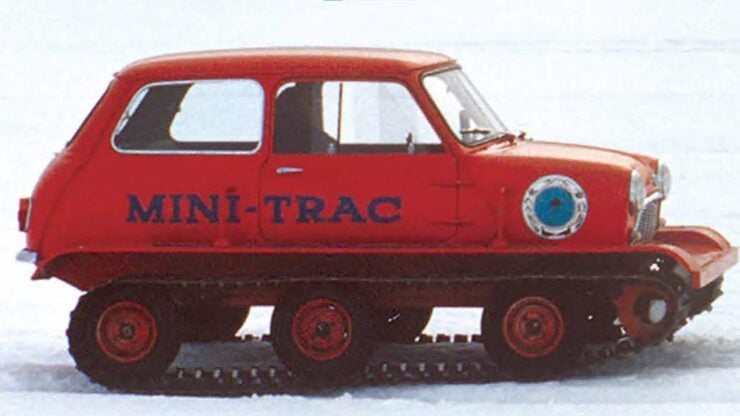