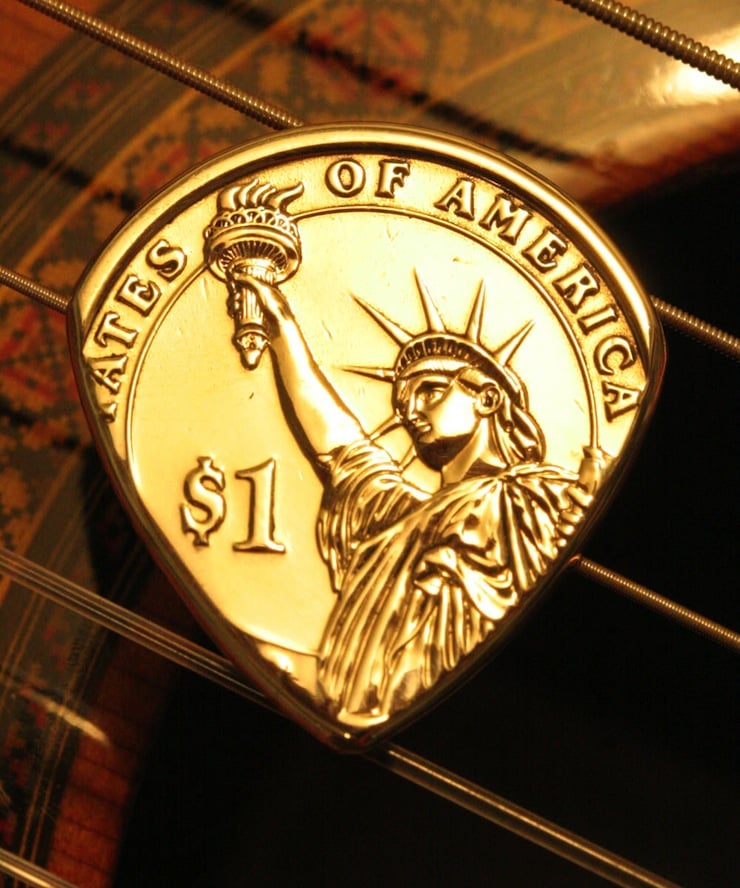 For just $10 USD this Liberty gold dollar coin guitar pick is a must have for any guitarist. Or if you’re like me – guitar owner who insists they’ll learn how to play the damned thing one of these days.