This bike is Chad’s first foray into building cafe racers with his own two hands, he’s gone for a minimalist approach which we always love and he’s chosen to build a Honda CB550 – which is easily one of the most “cafe-able” vintage motorcycles in the world. 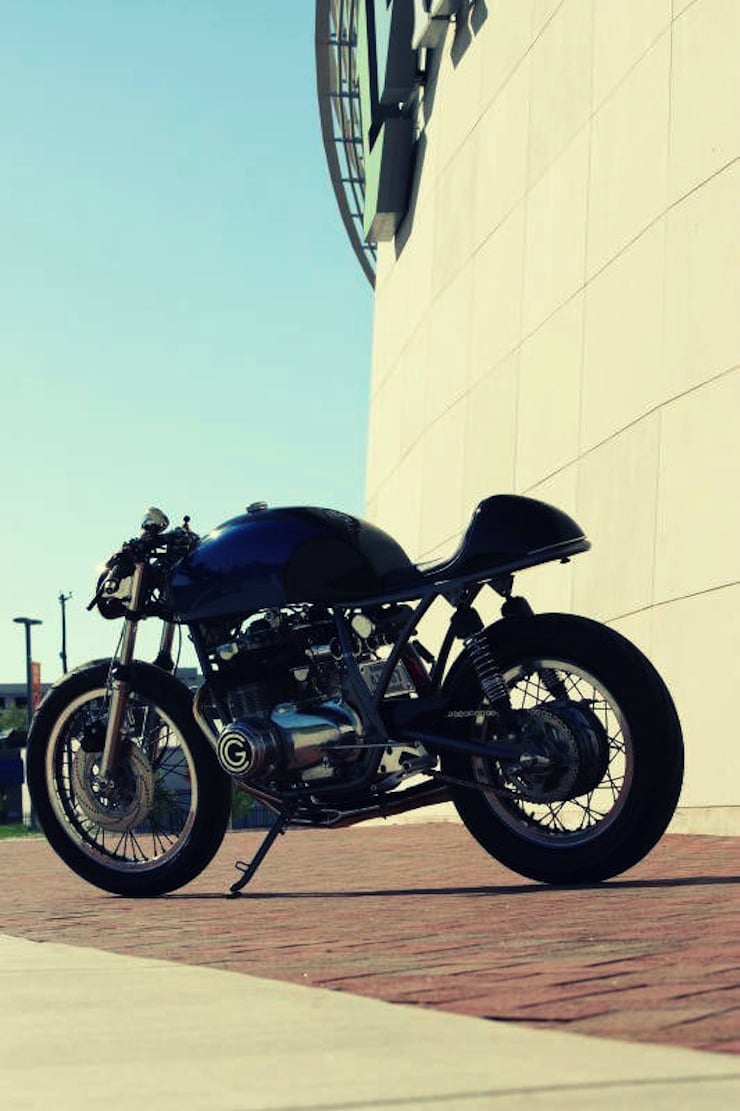 The bike arrived in the workshop with a pre-fitted Benjies Cafe Racer tank and seat, Chad decided to keep them in place and develop the bike around them – he added a custom, curved sub-frame and an eye-catching alternator cover that has been CNC milled to bear the CG logo.

After rebuilding the engine thoroughly he set about reducing unsprung weight, this led to the rear drum cover getting drilled and any remaining elements of the bike that weren’t utterly essential were tossed. The finished bike is a case-study in 21st century cafe racers – it’s clean, quick, minimalist and has the look of a motorcycle that’ll never go out of style.

Visit Goings Moto here to stay up to date with Chad’s future builds. 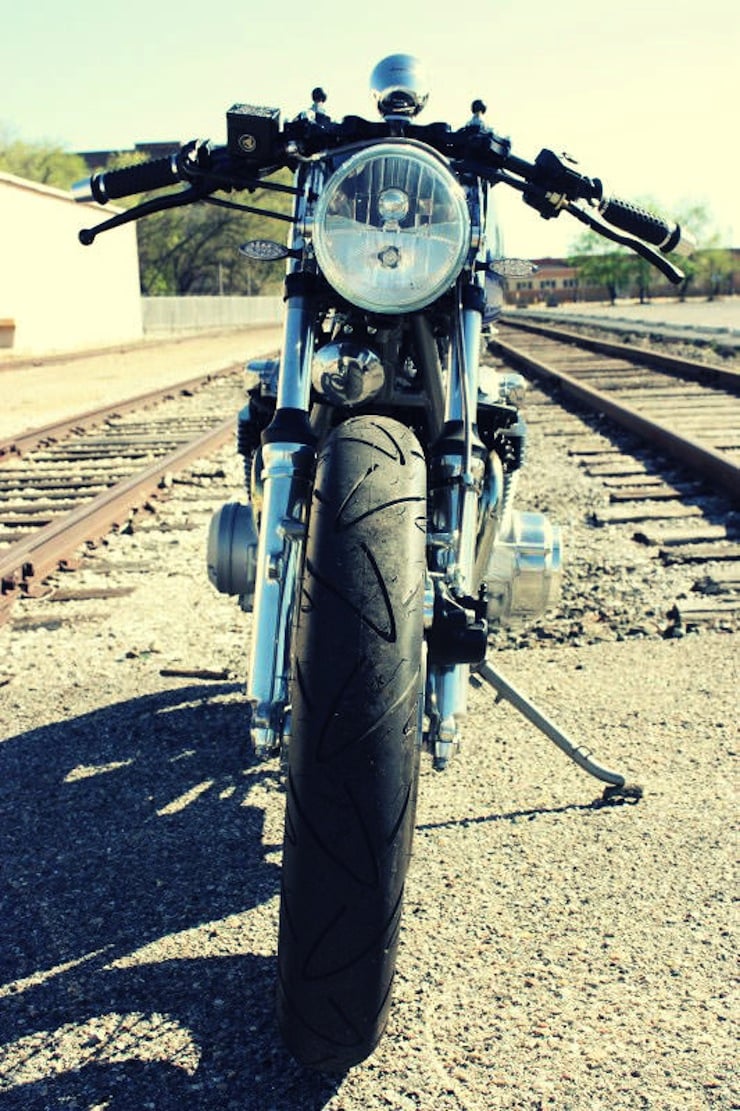 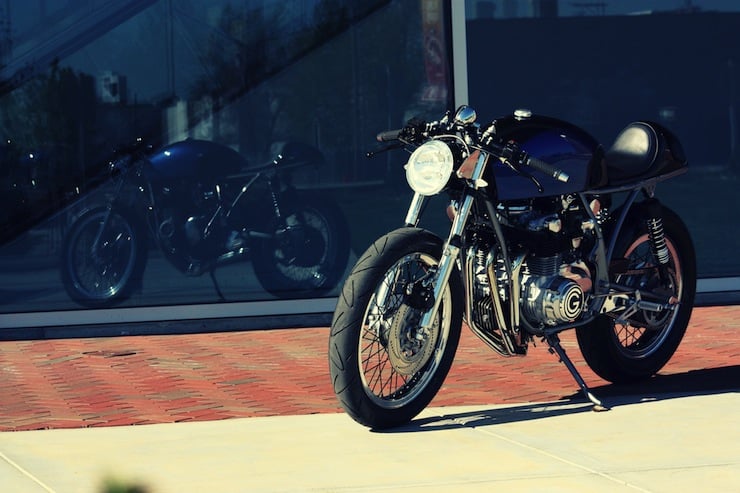 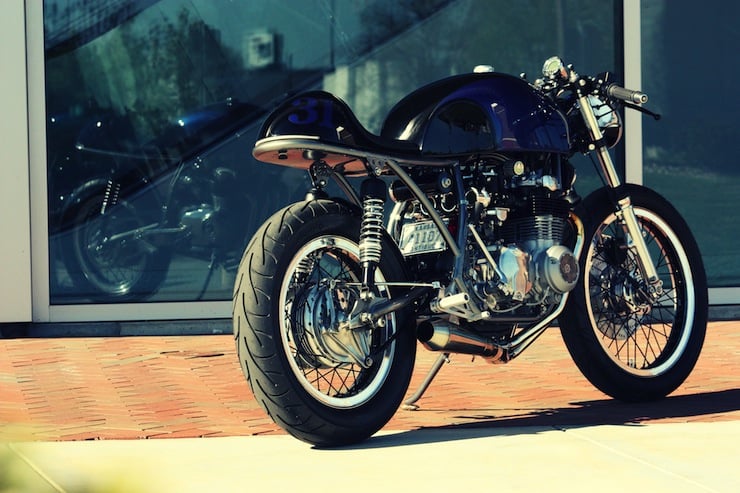 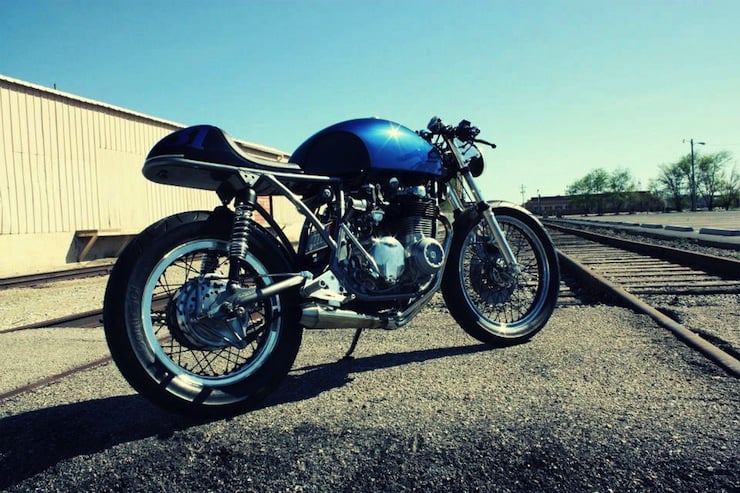 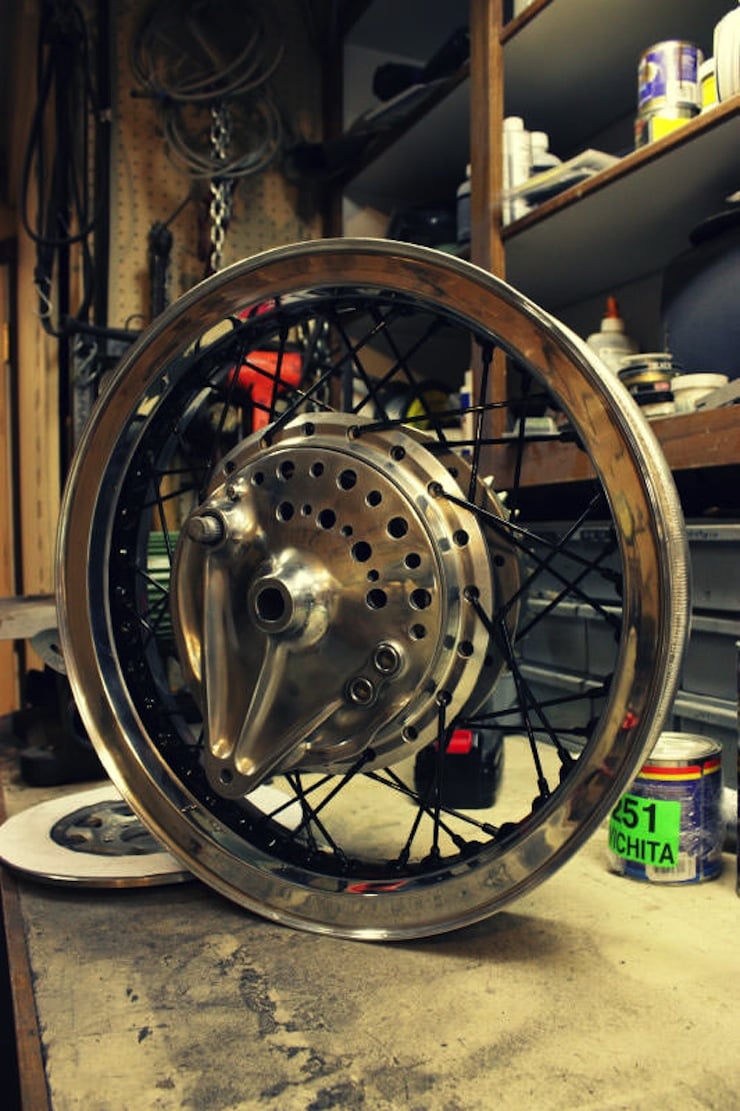 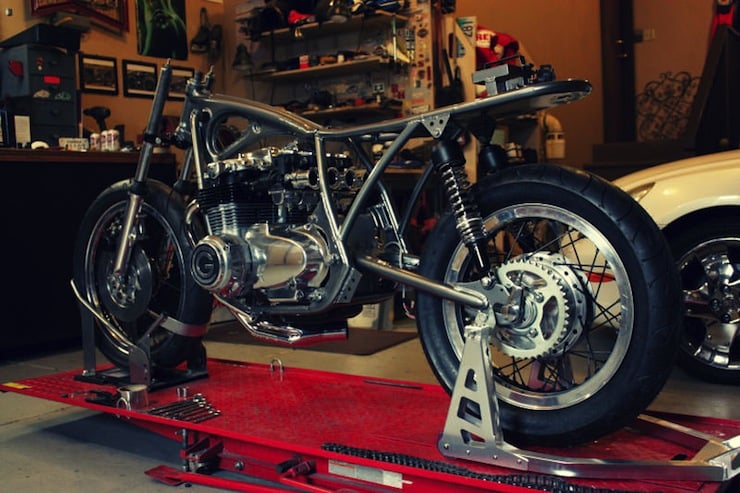