For Sale: A Lada Riva Sedan – The Soviet Union’s Workhorse 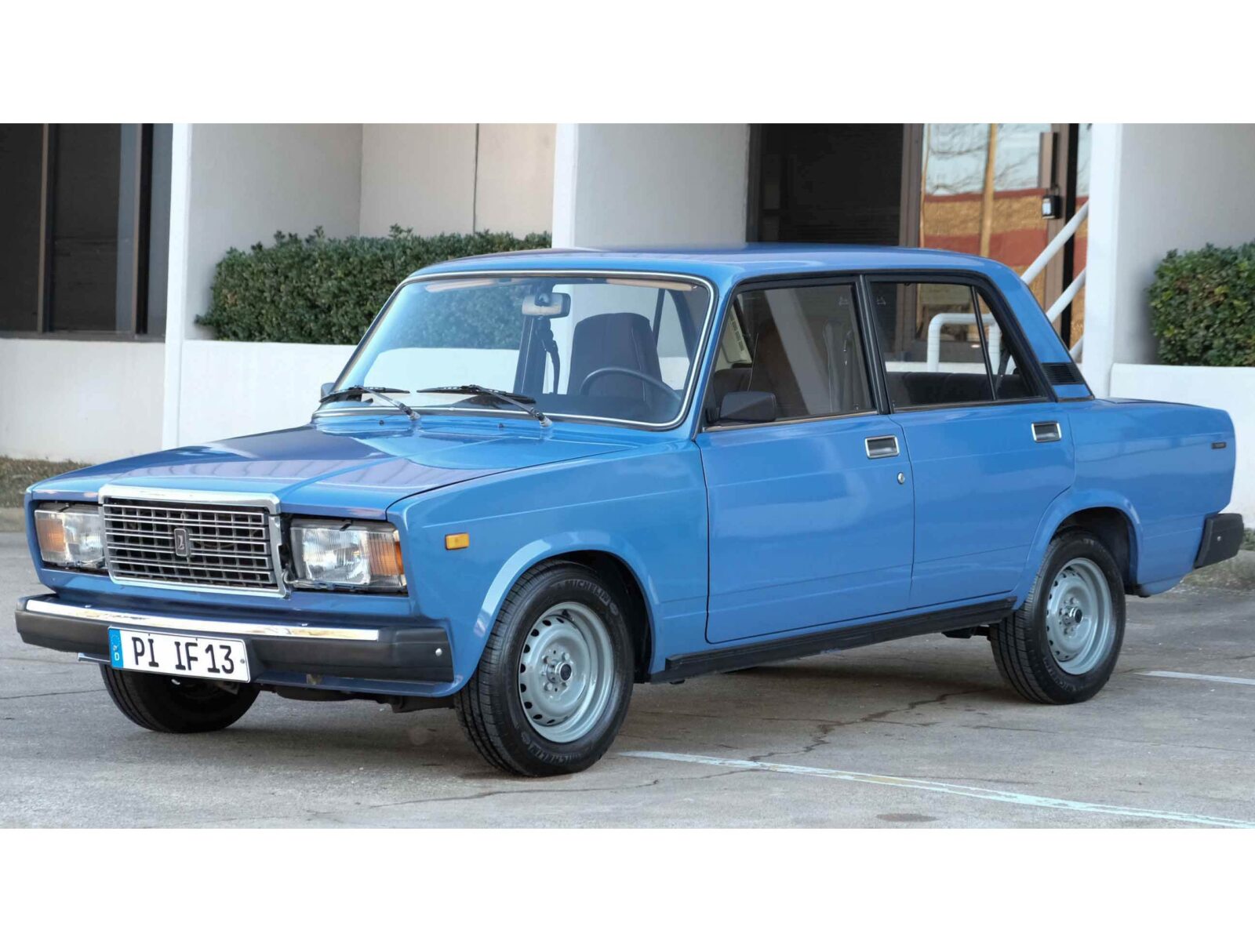 In the West our knowledge of cars from behind the Iron Curtain is often lacking, largely due to lack of exposure or first hand experience. The car you see here is the Lada 2107, also known as the Lada Riva or the Lada Nova, and it’s a member of the Lada Classic series.

The Lada Classic series was, by and large, the family of vehicles that moved the majority of the Soviet Union’s car driving public. The model family can be separated into three main groups, the VAZ-2105, the VAZ-2104, and the VAZ-2107.

The 2105 was the base model, the 2104 was the estate or station wagon model, and the 2107 was the desirable deluxe version. All of these cars were based on the Fiat 124 platform from the 1960s – the Fiat 124 is an unsung hero in the automotive world, it’s the third best selling automobile platform after the Volkswagen Beetle and the Model T Ford due to the licensing deals done around the world.

Perhaps the most interesting version of the Lada Classic is the 140 bhp Wankel rotary-engined Lada 21059 and Lada 21079 versions developed for use by the KGB and the Interior Ministry. These cars tipped the scales at approximately 955 kgs (2,105 lbs) and so with 140 bhp under the hood they were among the fastest cars on the road in Russia and the Eastern Bloc countries.

The Lada 2107, like the one you see here, was powered by engine 2103, a 1.5 litre, carburetor fed inline-four. The cars have four doors, three box sedan styling, a spacious trunk, and front disc brakes with drums on the rear. 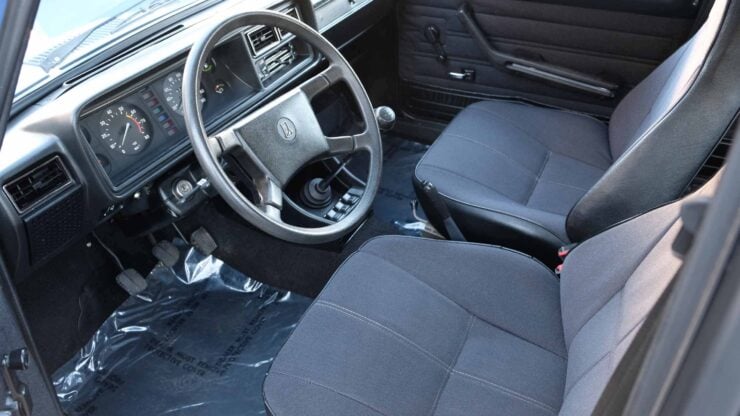 The Lada Classic vehicles series was the best selling in Russia and many Eastern European countries for decades, and they’re still one of the most popular secondhand cars on the market to this day. They remained in production in Russia until 2012, however the production didn’t stop there, in Egypt they were still building them until 2015.

The Soviet Union was desperate for foreign income and so a number of export agreements were agreed with nations like Britain, Canada, New Zealand, France, Brazil, Argentina, Ecuador, Denmark, Colombia, and others.

Interestingly the New Zealanders struck a deal with the Soviets to trade the cars for mutton and butter, with no money changing hands at all. It was an unusual barter agreement the likes of which we rarely see anymore, particularly in the automotive world. As a result of this many Lada Classics can still be found in New Zealand, a nation over 10,000 miles from Moscow.

The Lada 2017 you see here is in remarkably original condition throughout, a rare find given the hard life so many of these cars lived, particularly on the salted roads of Russian cities during winter. It’s fitted with the 1.5 litre engine and a 4-speed manual transmission, it has a blue exterior, a black interior, and it’s riding on an original set of steel wheels.

The car is accompanied by its original owner’s manual and the factory accessories including the first aid kit, tool kit, spare tire, and jack. The odometer is now showing 36,907 kilometers and the car is due to cross the auction block with Mecum in April, if you’d like to read more about it or register to bid you can click here to visit the listing.

Editor’s Note: The vehicle has crossed the auction block already, fetching a high bid of $8,000 USD. We had this post in the publishing queue and missed publishing it before the auction date for which we apologize. 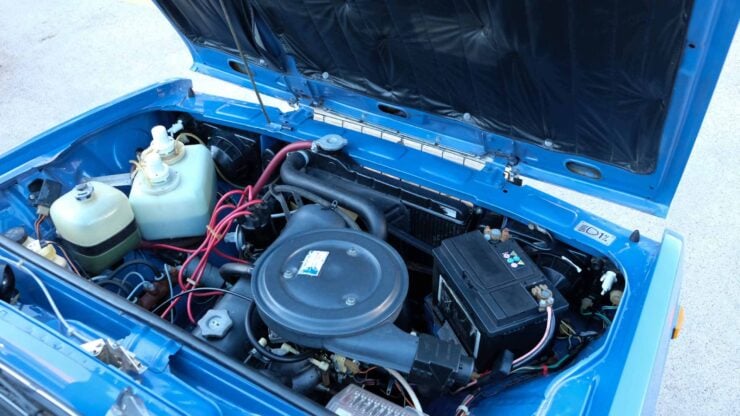 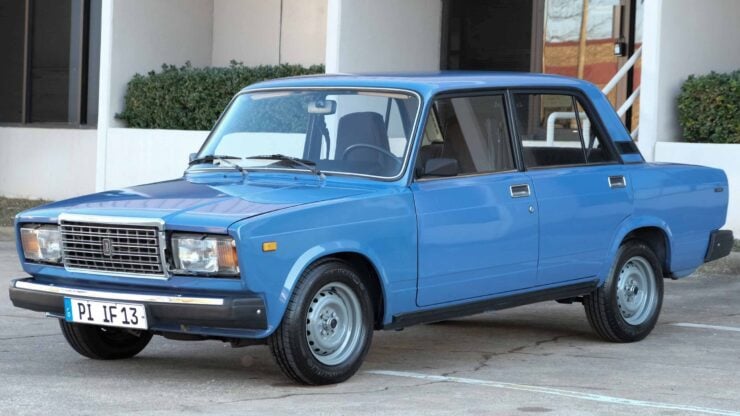 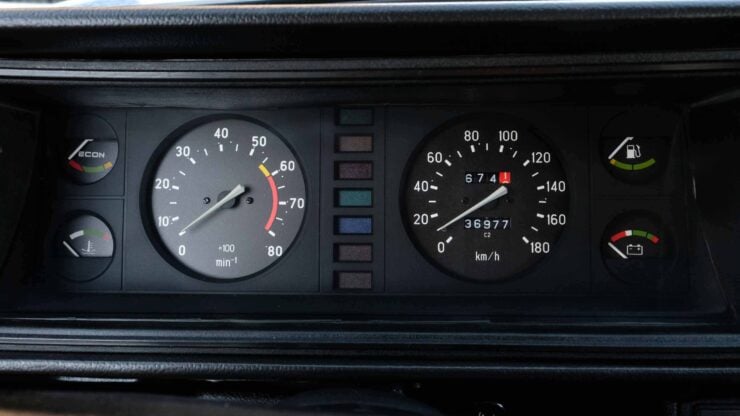 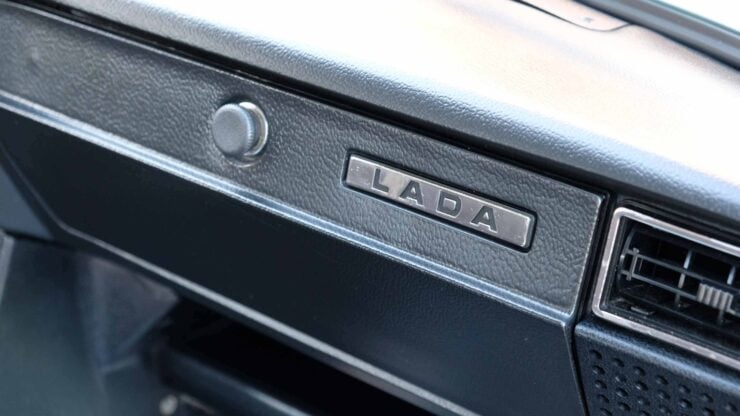 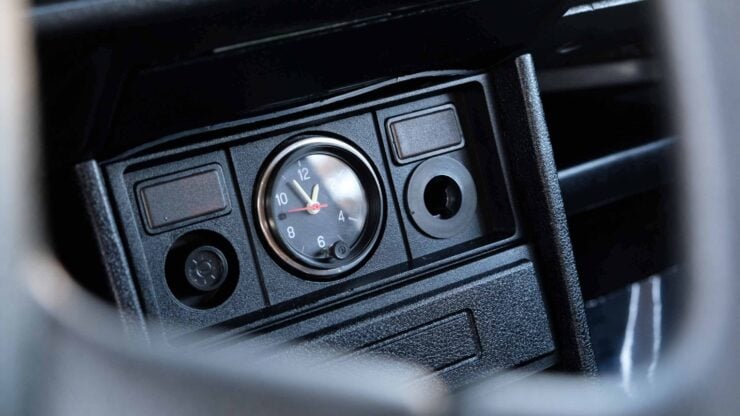 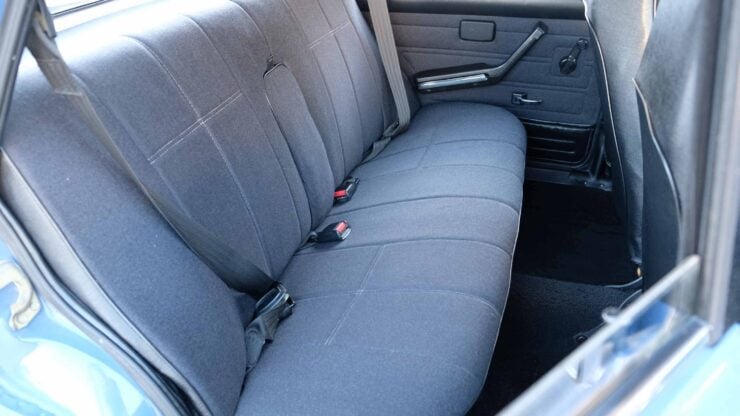 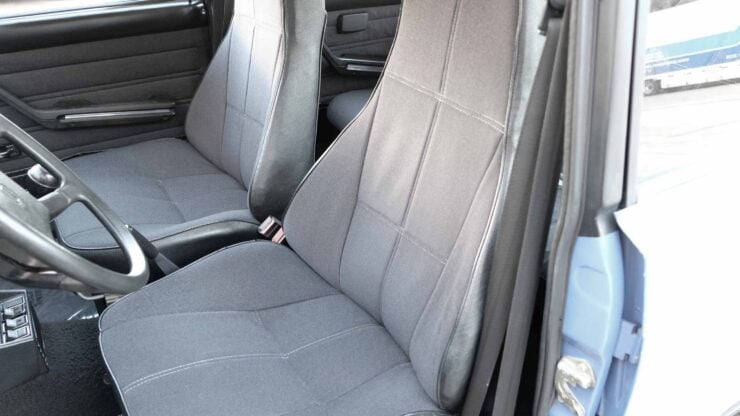 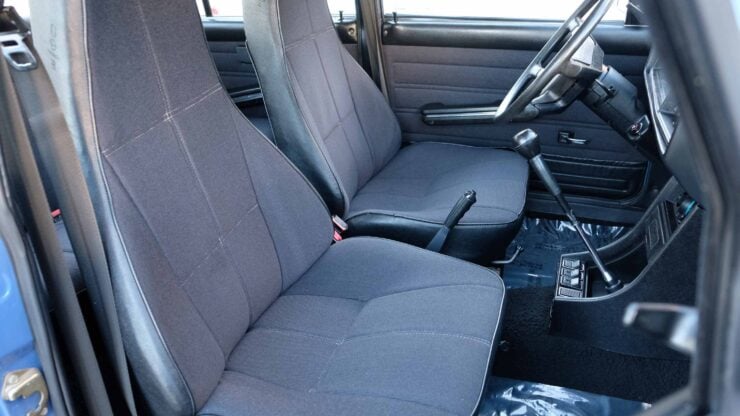 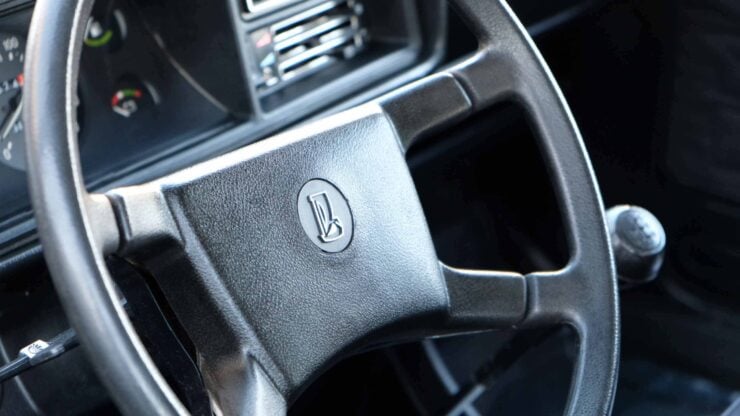 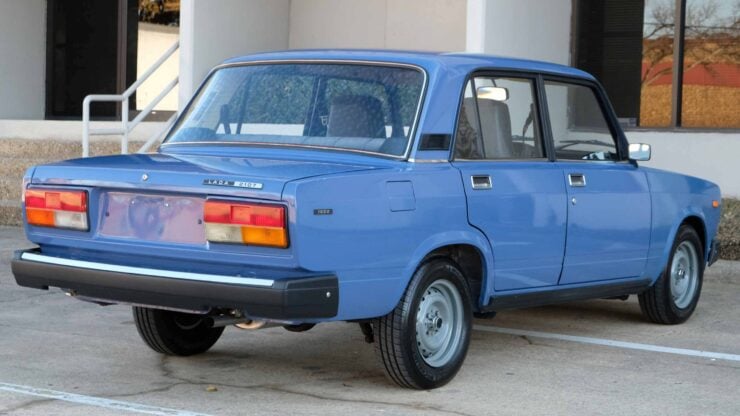 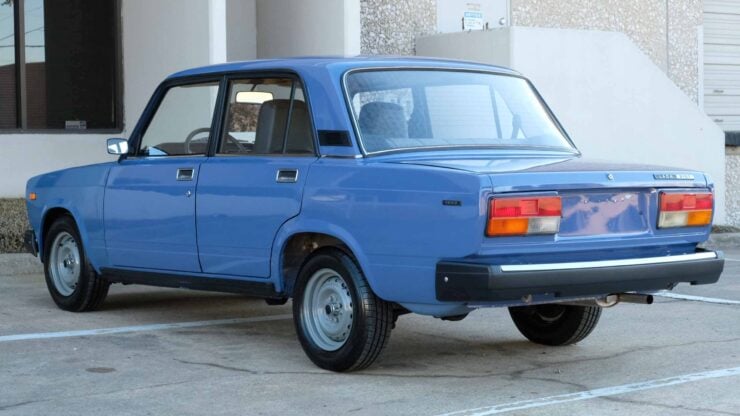 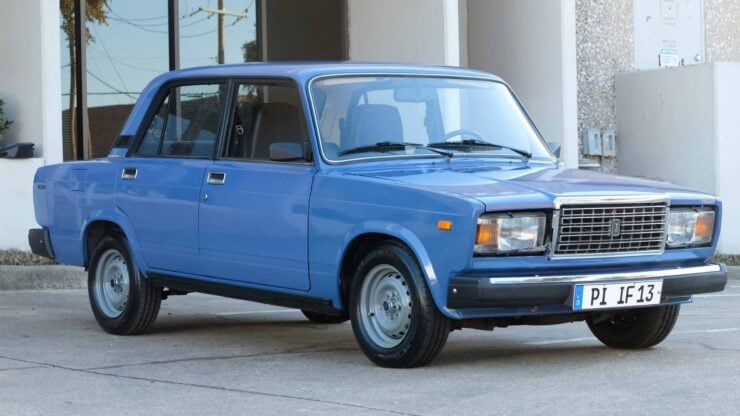 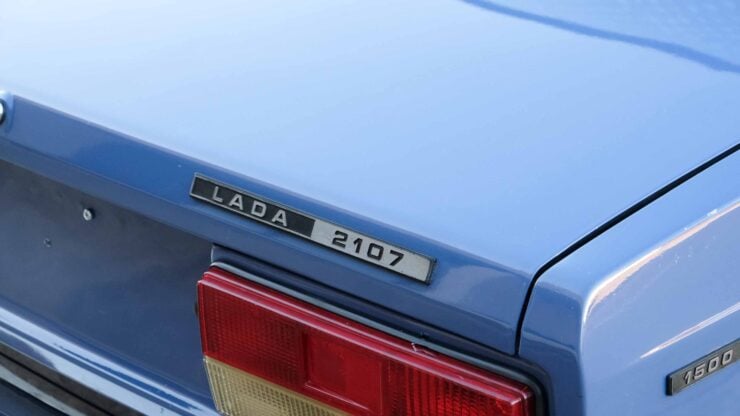 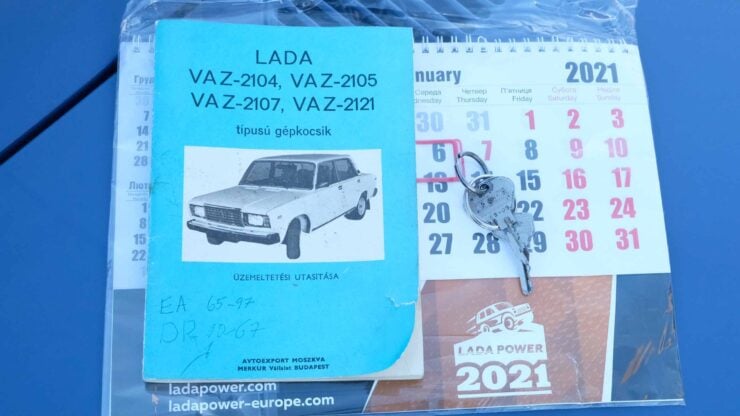