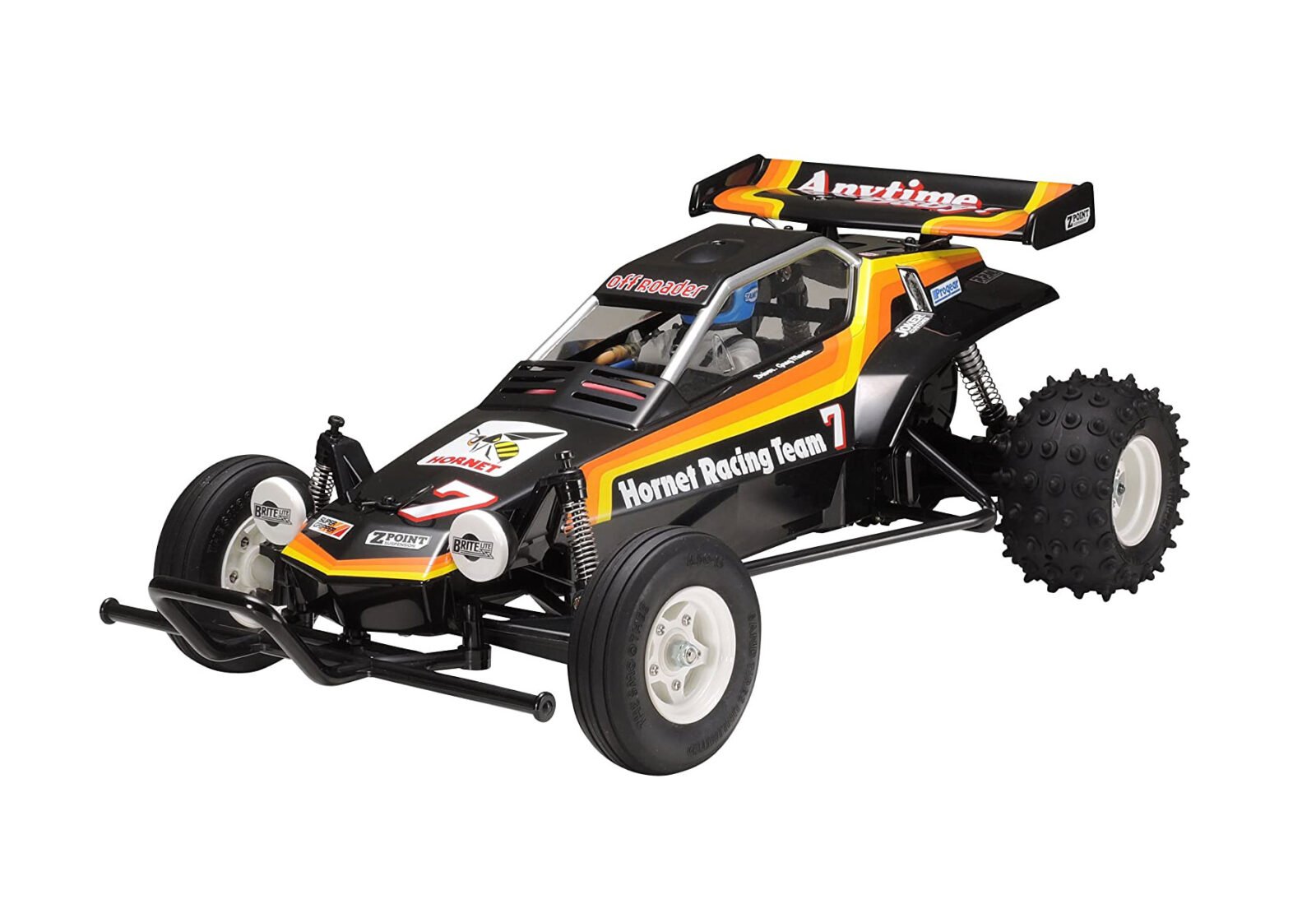 Anyone who was a child in the 1980s has heard of the Tamiya Hornet – it was the most desirable R/C buggy of the decade and when it was released any kid at school who got one became an instant celebrity.

The Hornet is a 1:10th scale, rear-wheel drive racing buggy that has excellent attention to detail, with coil over suspension front and rear, chunky rear tires for better acceleration on dirt, and a heavy-duty live axle rear end.

Tamiya has now brought the Hornet back, it uses the same lightweight ABS resin bathtub frame and a shock absorbent polycarbonate body shell, but it now makes use of modern lithium-ion batteries giving it far more range between charges when compared to the original nickel cadmium batteries.

It’s powered by the high-output RS 540 motor and it measures in at 400mm long, 230mm wide, 150mm high, and it tips the scales at 874 grams. The Hornet has always had an easy to assemble chassis and drivetrain to make it suitable for a wide range of ages, and it has prominent front and side ABS impact protection to protect it from accidental contact with trees, rocks, and human shins.

The Hornet was out of production for a number of years but Tamiya brought it back with some discrete updates due to popular demand – after all there’s an entire generation of adults who couldn’t afford one as a child but who now can.

Only a limited number seem to have been made and they’re already sold out on the primary Tamiya website however there are some available on Amazon, you can hit the red button below to go have a look at them.