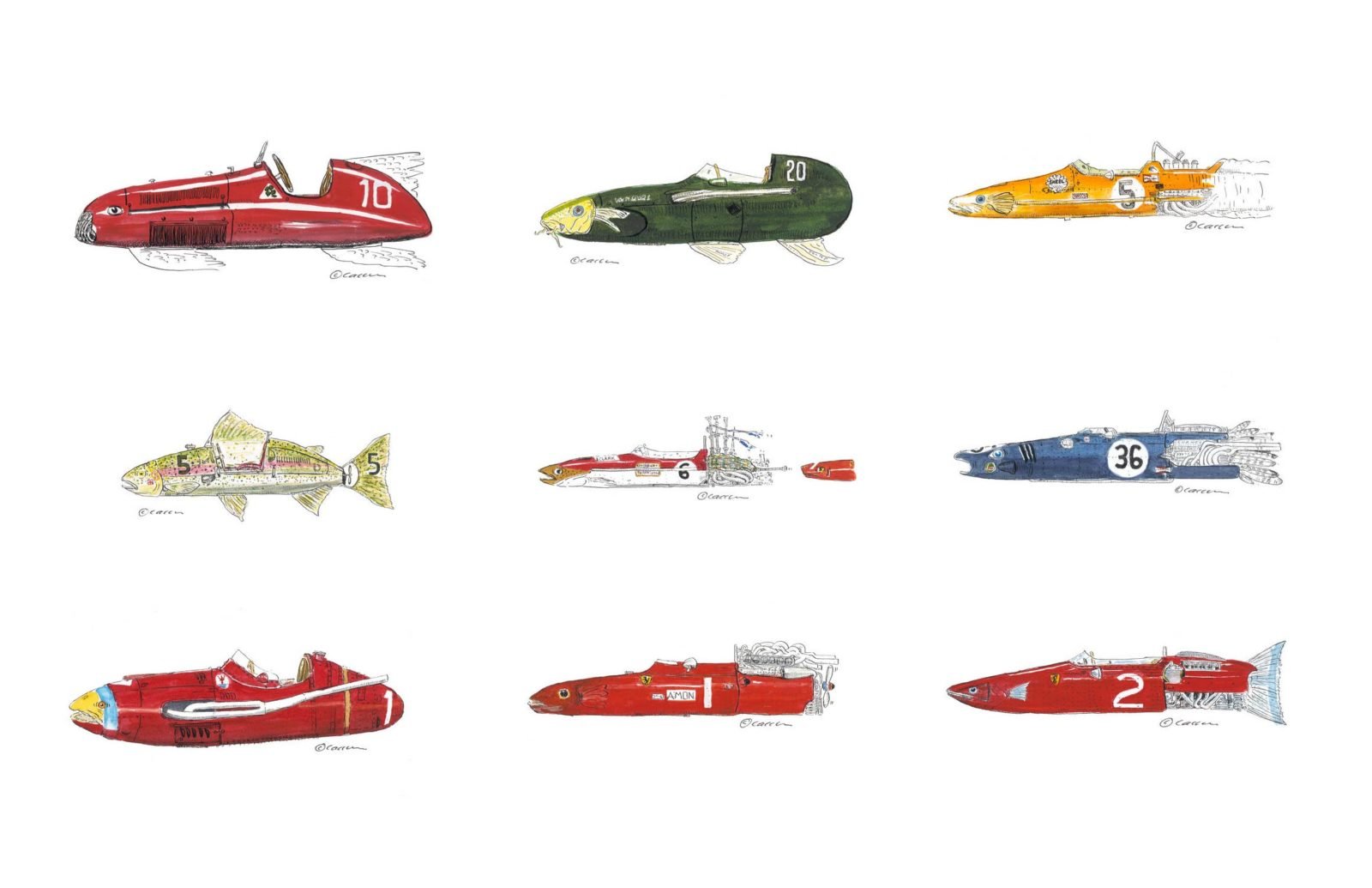 Classic Racing F1sh is a series of poster prints and a book by Jay Cassells that showcases his highly unusual series of illustrations of famous Formula 1 cars as fish. It’s a concept that sounds strange on the face of it but works surprisingly well in practice.

The artist Jay Cassells is perhaps better known by his nom de plume “Jake Hassells,” which was given to him by a partner at a law firm where he worked many years ago.

Though trained and working as a lawyer, Cassells has made a name for himself as an artist and cartoonist, whose work has appeared in the The Bulletin, The Sydney Morning Herald, and a number of other publications. 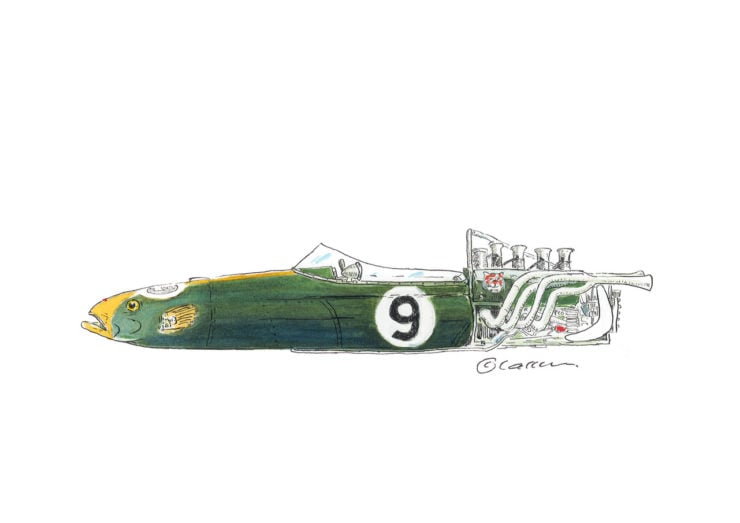 Each of the illustrations features a real historic Formula 1 car that’s been given an aquatic makeover.

The book Classic Racing F1sh started out as a series of sketches done by Cassells for the entertainment of his young sons, it proved so popular with him he kept creating them.

The concept grew and soon enough he had a body of work sizable enough to release them as a series of high-end poster prints, not long after this he combined them all into a book – and thus Classic Racing F1sh was born.

Both the original prints and the book are now available to buy, due to the unusual nature of the work Cassells sells them on an as-requested basis so to get your hands on one you just need to send him an email, he’ll then get back to you with the specifics.

For those who are fans of both motor racing and angling, the Racing F1ish is just about the perfect acquisition – for the wall or the bookshelf.

Buy A Book – Buy A Print 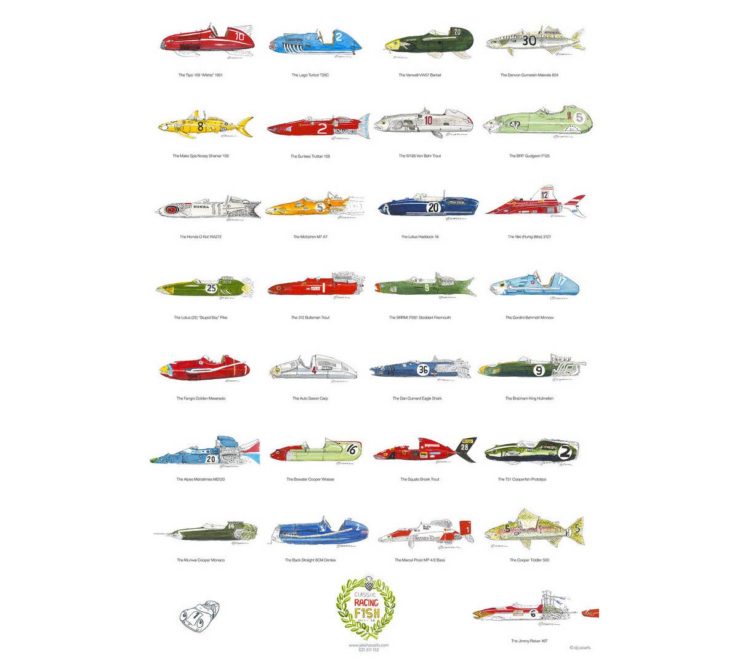 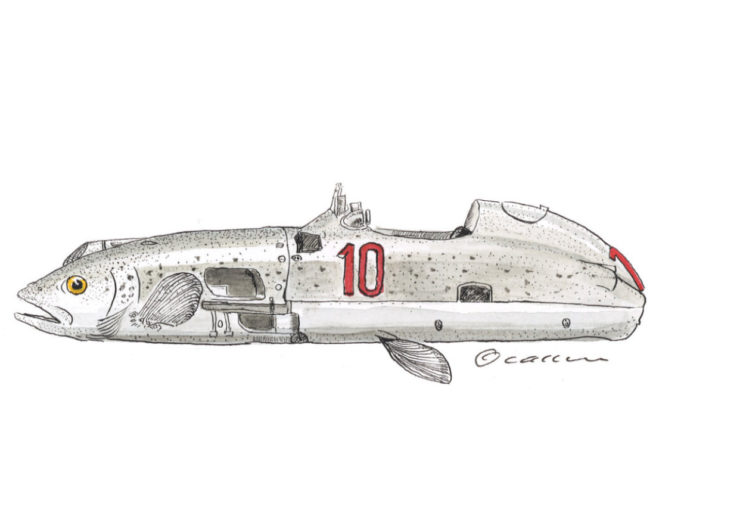 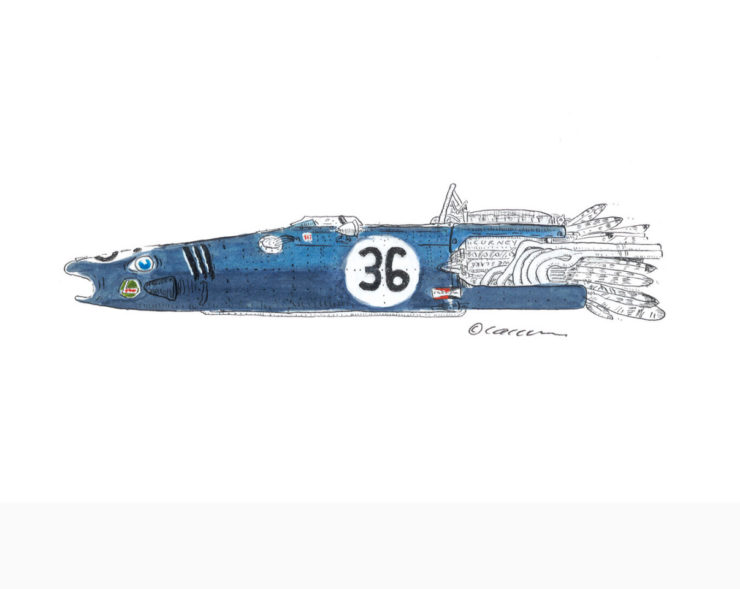 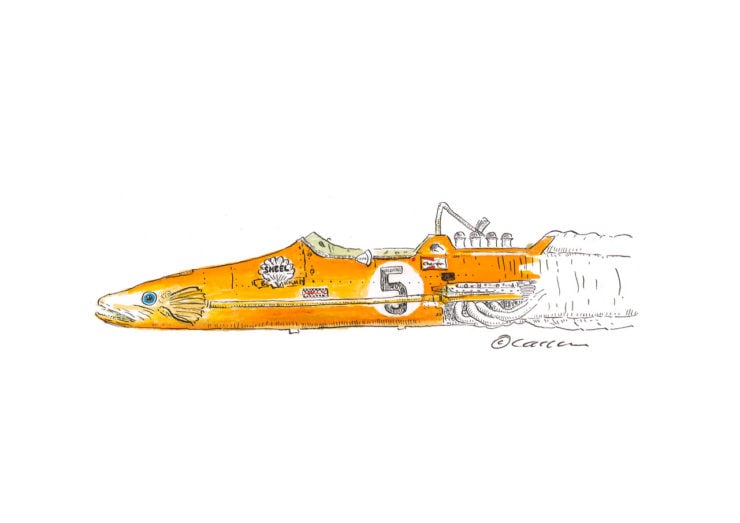