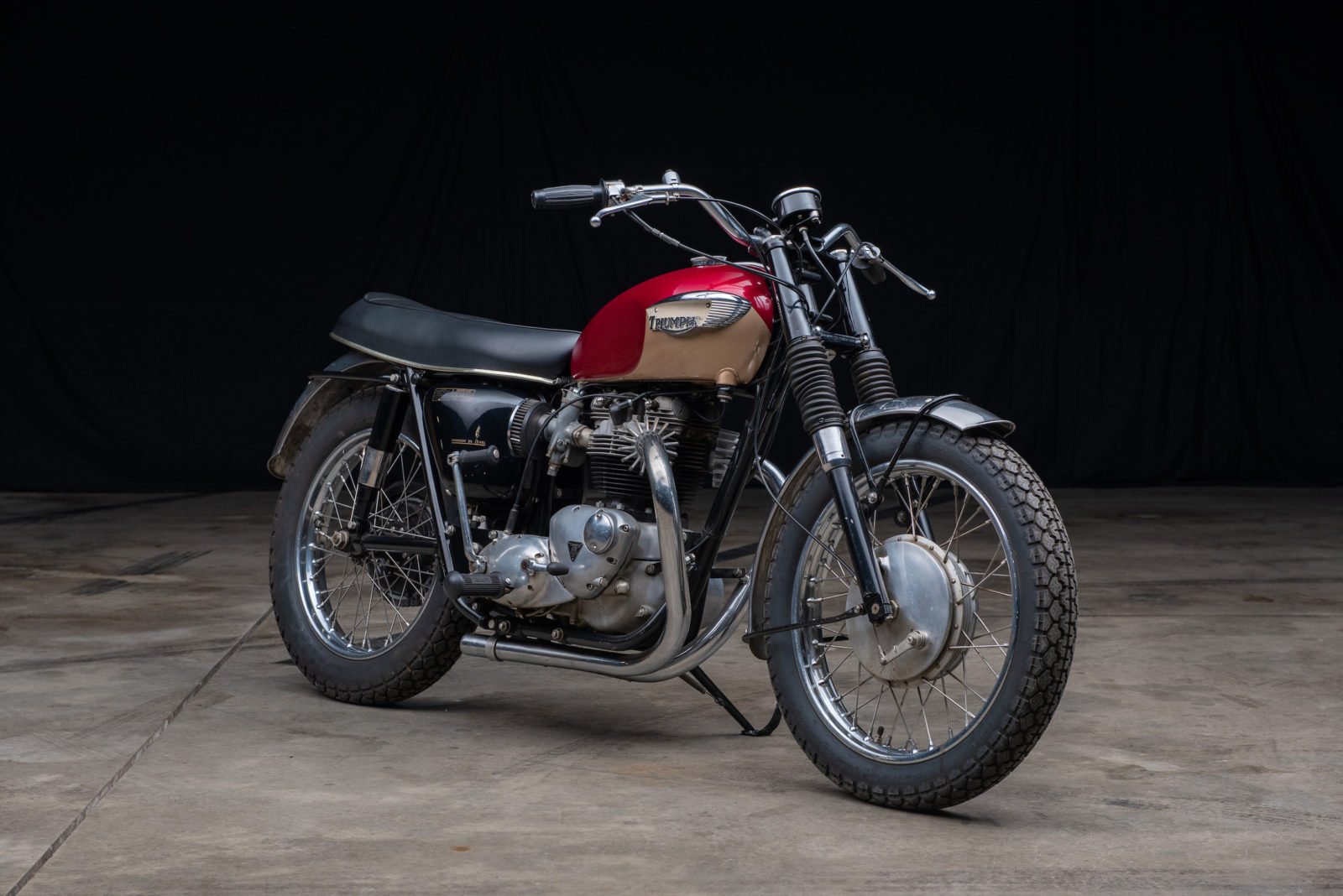 The Triumph Bonneville TT Special is one of the rarest of the Triumph specials from the 1960s. It was built specifically for the US market, to be used for competing in TT Steeplechase competition – similar to flat track however each course had at least one right hand corner and a jump.

If you wanted to buy a TT Special back in the ’60s you would need to approach either the Triumph Corporation “TriCor” dealers on the East Coast and Johnson Motors “JoMo” dealers on the West coast. Numbers were very limited, with just a few hundred produced in total between 1963 and 1967.

The Triumph Bonneville was released in 1959 and in the years since it’s been recognized as one of the most important motorcycles from the mid-20th century. 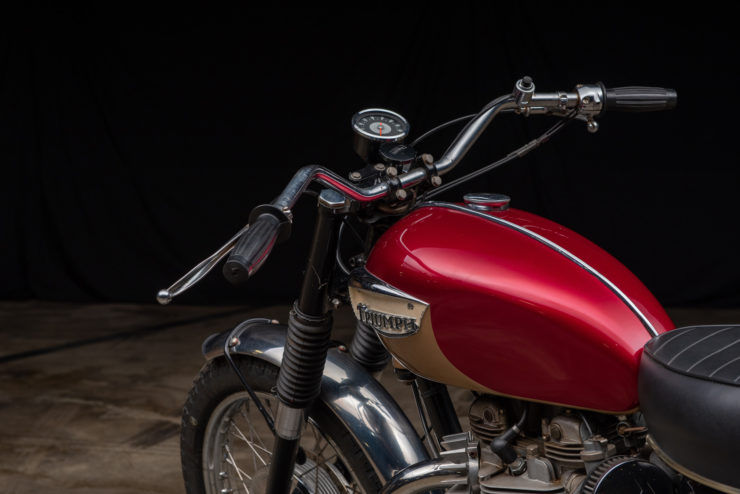 The Triumph Bonneville TT Special was stripped back of all superfluous parts including lighting, mirrors, exhaust silencers, and even the speedometer – all to save weight.

The name “Bonneville” is a reference to the legendary Bonneville Salt Flats in Utah. Triumph chose the name to celebrate the achievements of American land-speed racer Johnny Allen who had set a new two-way average speed record of 193.3 mph (311 km/h) at Bonneville in late 1955, with his highly modified Triumph-powered streamliner.

The Bonneville was the top-of-the-line Triumph motorcycle at the time of its release, capable of 115 mph (185 km/h) in factory stock trim – a blistering pace for the era.

Later in 1962 a specially modified Bonneville won the Thruxton 500 mile endurance race, and Bonnevilles won the Production Isle of Man TT in 1967 and 1969 – in 1969 Malcolm Uphill averaged 100 mph (160 km/h) around the Mountain Course on his Bonneville.

So beloved is the Bonneville name that Triumph has now produced the model over three distinct generations between 1959 and 2016, with production continuing today in 2022 with the latest 1200cc version.

The Triumph Bonneville TT Special was a very limited edition production motorcycle specifically for TT Steeplechase racing. Truth be told it was more of a factory-built racing prototype, very few were built but they did see significant race track success.

To build a TT Special a standard Bonneville would have its headlight and other lighting removed, the speedometer was similarly not required, a set of open exhausts were fitted, along with 12:1 compression ratio pistons and larger 1 3/16” carburetors. 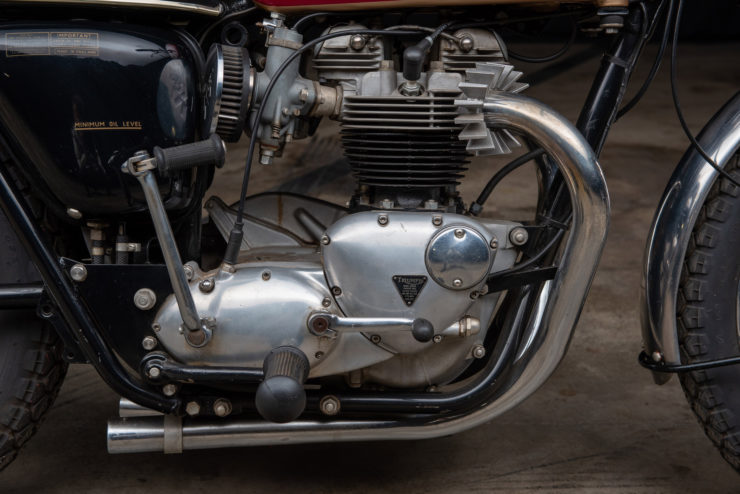 The TT Special was fitted with a high-performance racing version of the Bonneville engine. They had either 12:1 or 11:1 compression ratio pistons, larger carburetors, and open pipes fitted.

The specification did change over time, and there’s no firm agreement from anyone on what the exact specifications for each year was, however it’s known that the compression ratio was lowered to 11:1 after 1963.

Along with their “Desert Sled” California off-road racing cousins, specifically the Triumph TR6C, the TT Special now occupies a special place in the history of American motorcycle racing from the 1960s.

The motorcycle you see here is a 1967 Triumph Bonneville TT Special, this was the final year of production for the low-volume model.

This bike has a two-tone fuel tank and it remains in remarkably original condition throughout, including its matching-numbers engine and frame.

It’s being auctioned live online by RM Sotheby’s with a price guide of $10,000 – $12,000 USD. If you’d like to read more about it or register to bid you can visit the listing here. 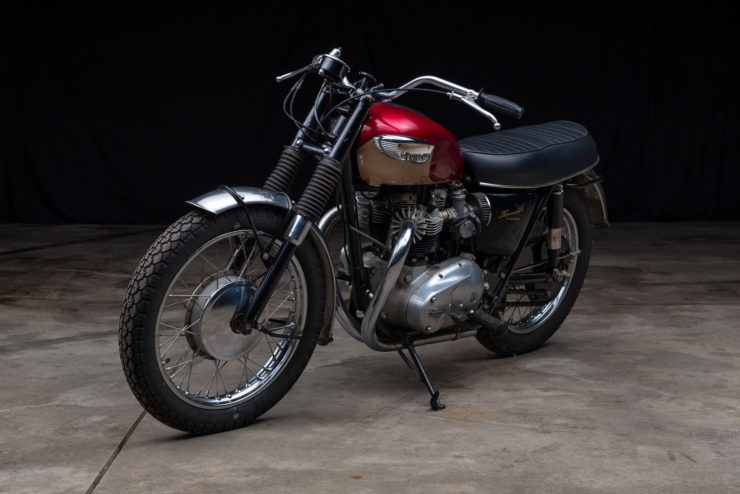 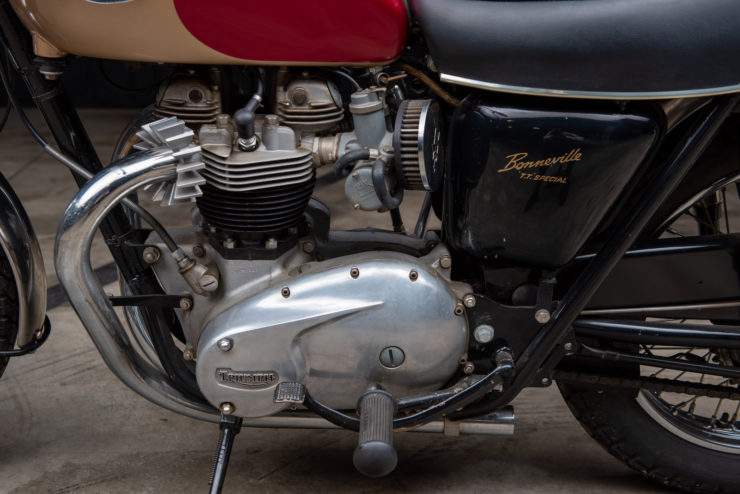 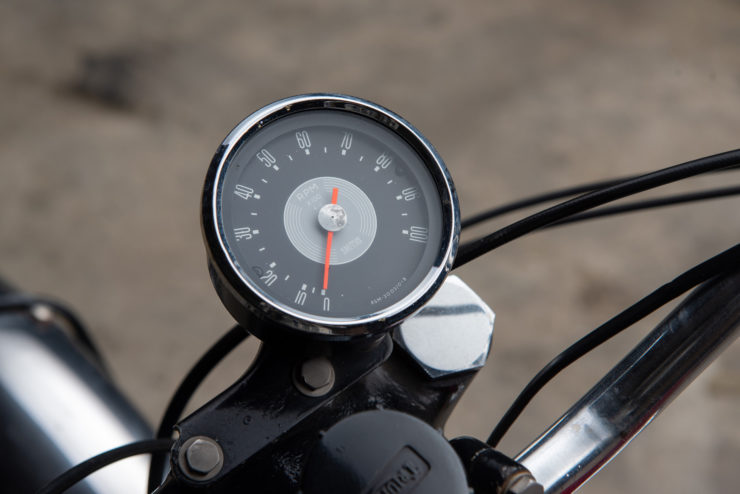 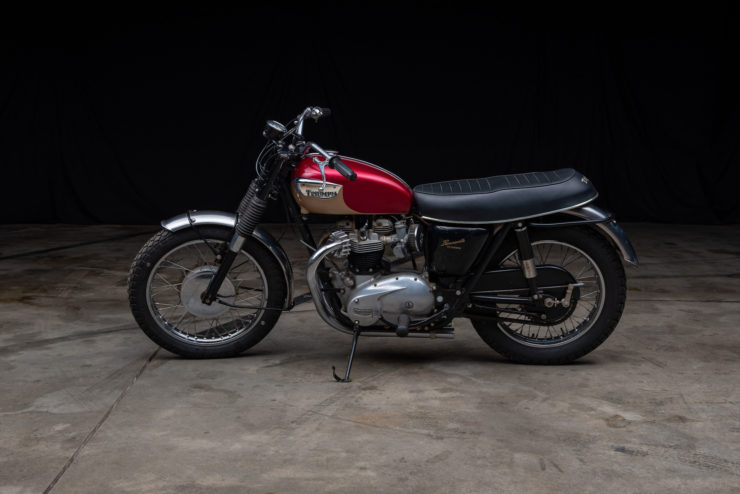 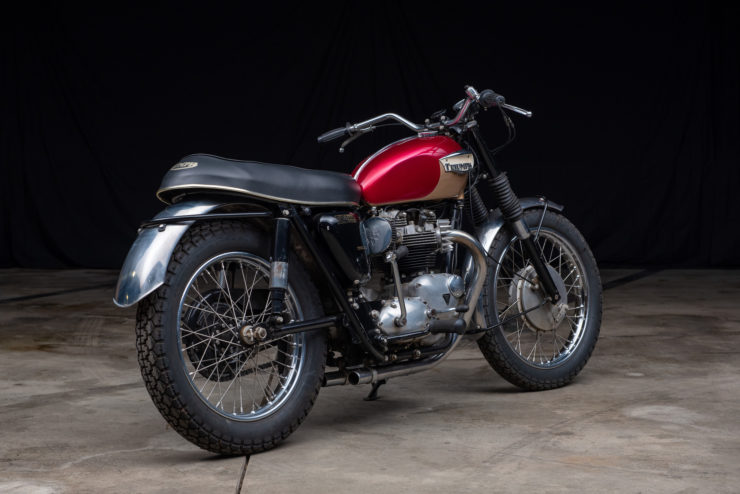 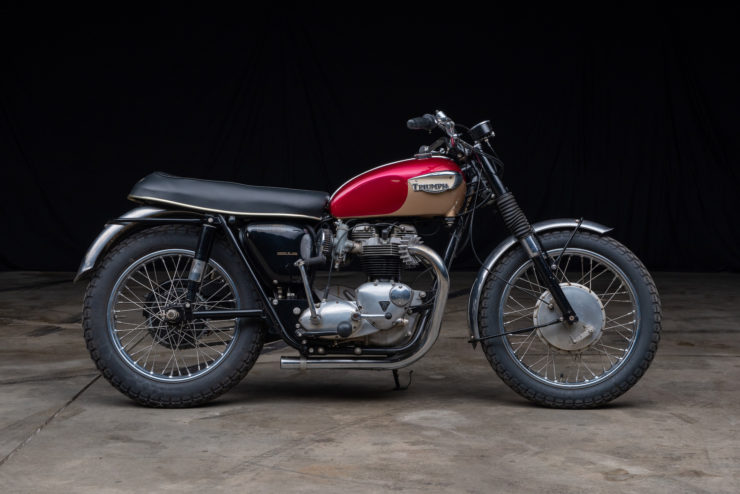 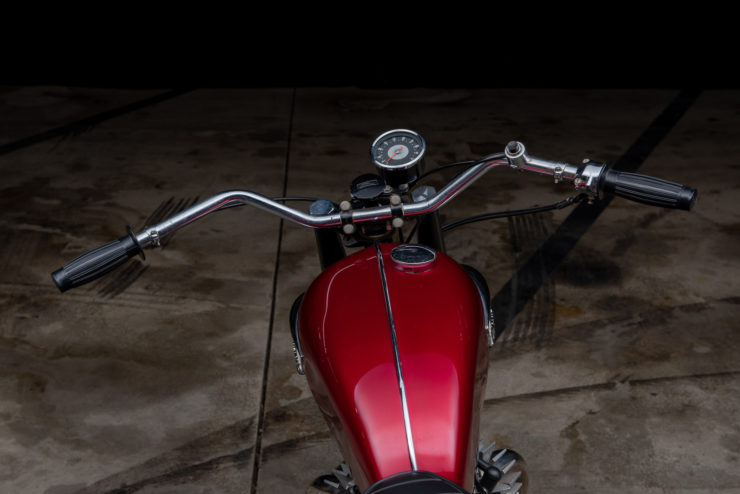