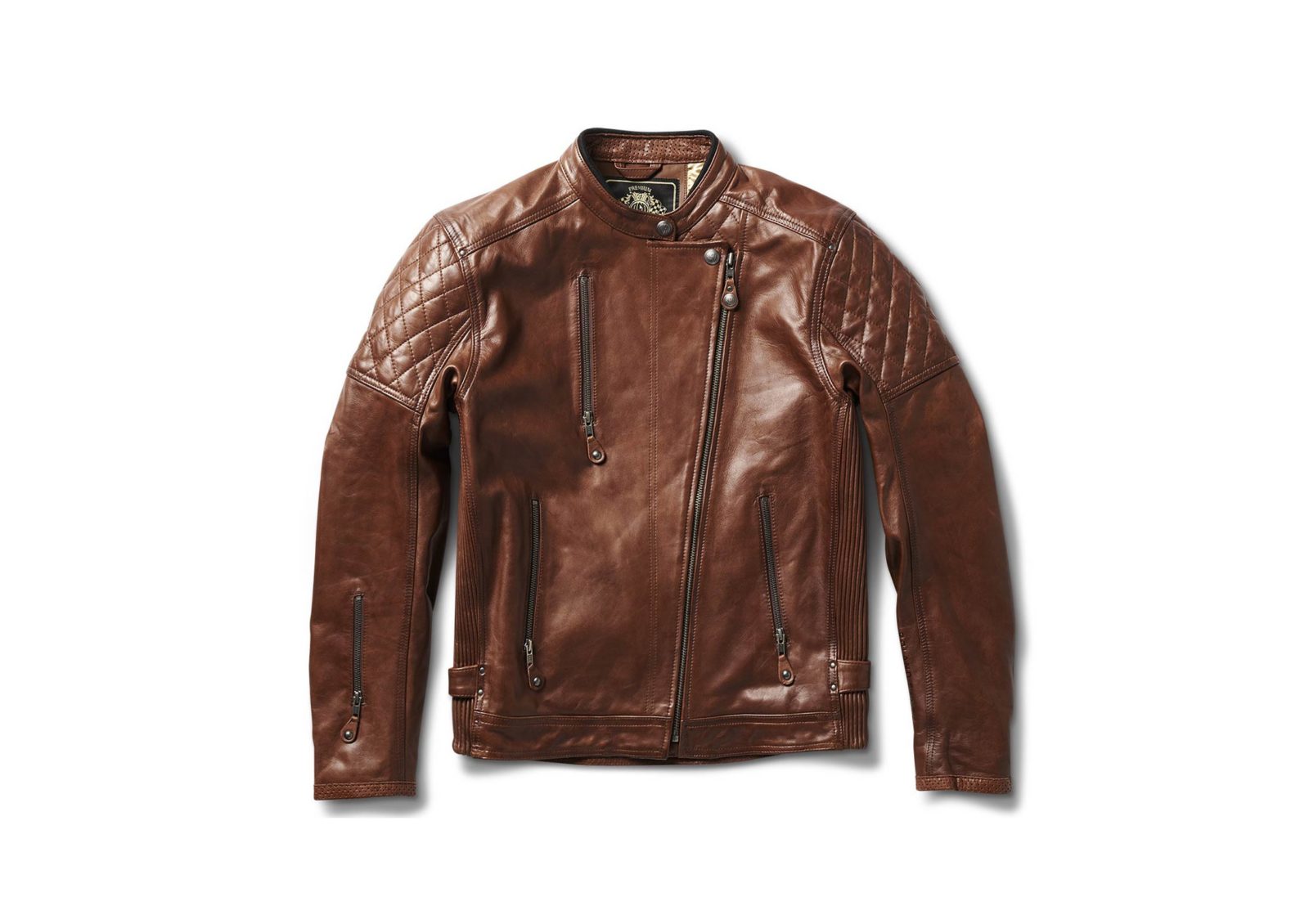 This is the Clash leather motorcycle jacket from the team over at Roland Sands Design. It was developed to work equally well both as regular streetwear and as a protective motorcycle jacket, with removable SAS-TEC flex elbow and shoulder armor that can be fitted when you’re going to ride.

Roland Sands and his team at RSD have made a name for themselves in recent years for designing unique jackets and other gear, all while building custom motorcycles for some of the world’s biggest manufacturers. 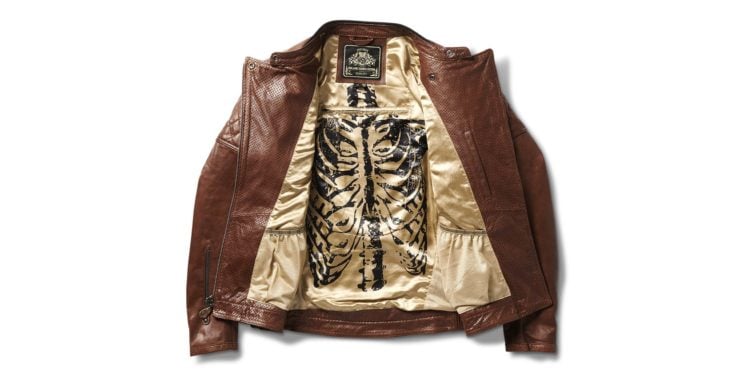 The Clash jacket is made from top grain cowhide leather with a 1.0 – 1.1mm thickness throughout, it’s hand finished, washed, and oiled/waxed, and it has a satin poly lining for comfort.

The jacket has an unusual offset front zipper and quilted accents on shoulders and lower back. It also has riveted elbows, a shorty snap collar, and an aggressive riding fit, with rotated, pre-curved sleeves, a dropped back length, and a relaxed collar opening. 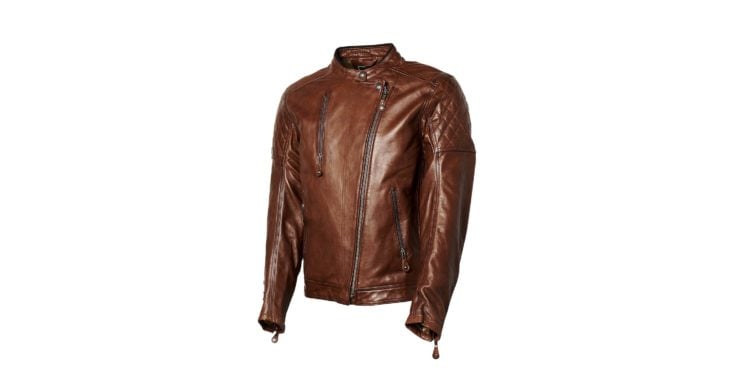 Long before he started his company, Roland Sands started out as a motorcycle racer. He enjoyed a successful career as a professional rider that culminated in him winning the 1998 AMA 250GP National Championship.

After hanging up his riding leathers he started RSD, and he’s become a regular sight on networks like Discovery Channel thanks to his custom motorcycle building. The line of motorcycle gear and apparel that’s been developed by RSD has become a staple of the classic and vintage custom motorcycle world.

The RSD Clash jacket comes in sizes from SM up to 3XL and you can choose from three colorways: Oxblood, Tobacco, and Black – we’ve included the Tobacco colorway here 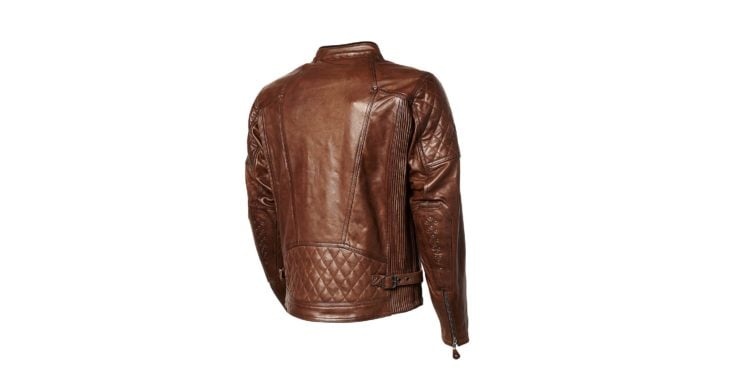