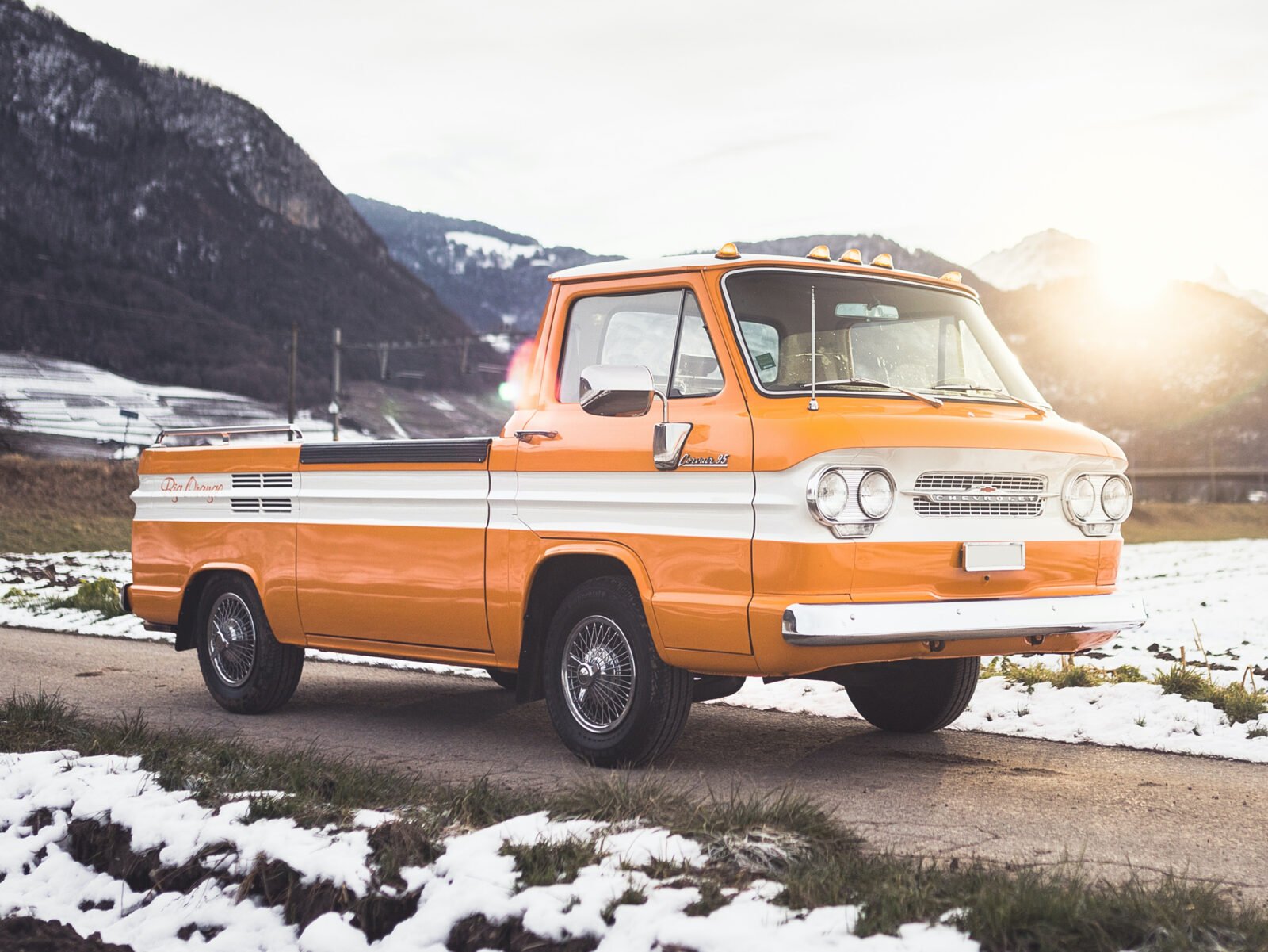 The Chevrolet Corvair 95 Rampside was produced alongside its siblings in the Corvair 95 model family to challenge the popularity of the VW Type 2 – otherwise known as the VW Bus or VW Kombi.

In much the same way the Chevrolet Corvair passenger car had been developed with no small amount of inspiration from the VW Beetle, with its air-cooled, rear-mounted, horizontally-opposed engine, and swing axles.

Of all the vehicles in the Corvair 95 family, the Corvair 95 Rampside would be produced in relatively low numbers – just 4,102 Rampside Pickups were produced for 1962. The “Rampside” name for the model came from (as you may have guessed) the fact that it had a fold down ramp on the right-hand side. 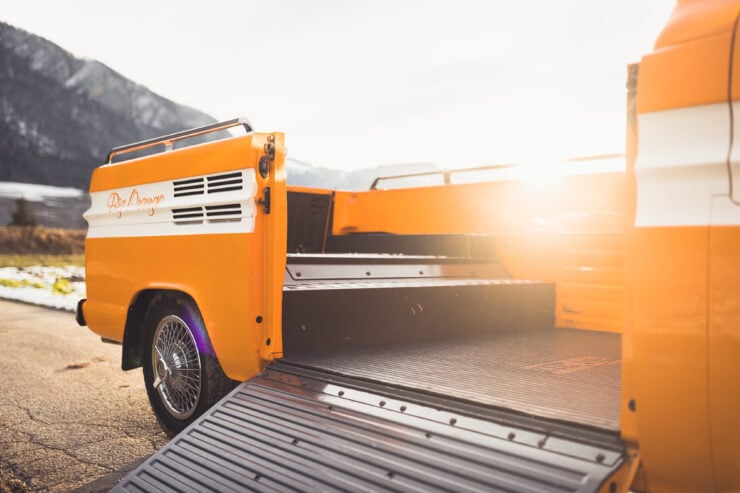 The side ramp allows easy access to the cargo area.

The Corvair 95 series can be separated into two main varieties, the vans and the trucks. Both vehicles used largely identical underpinnings, and the vans proved more popular overall.

Often referred to as the Chevrolet Corvair Greenbrier, the Corvair 95 vans could be ordered in a variety of configurations including the panel van (Corvan) with no side or rear windows, and the Greenbrier which had windows all around and could be set up with up to three rows of seats.

Although the Corvair 95 vehicles never really challenged to wildly popular VW Type 2 they did have a number of advantages.

Corvair 95 engines had a significant power advantage thanks to their larger six-cylinder 2.4 and 2.7 litre horizontally opposed engines, versus the 1.1 to 1.6 litre four-cylinder engines in the Volkswagens.

This additional power allowed them to carry more weight at higher speeds, though they were more expensive to buy and operate. Chevrolet kept the Corvair 95 series in production for a relatively short time, just five years from 1961 until 1965. 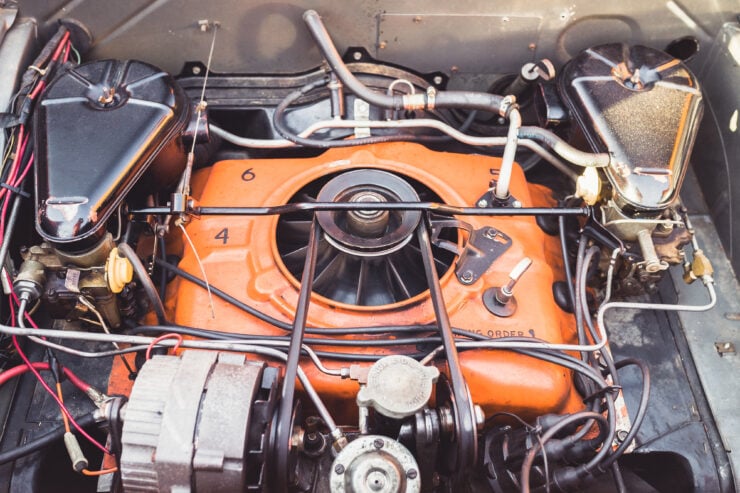 The “Flat Six” air-cooled engine was largely the same unit used in the Corvair road car.

In recent years the surviving examples of the Corvair 95 series have become popular with collectors, sadly many succumbed to rust and neglect over the decades and it’s now relatively rare to find one in good original condition.

The vehicle you see here is an original Corvair 95 Rampside, it has a somewhat unusual history as it spent some of its life in Europe, it was bought in 2017 in France and shipped back to the United States for a full restoration before being shipped back to Europe.

The vehicle’s recent restoration is still immaculate throughout, it was finished with an eye-catching orange and white two-tone paint combination, and it has the Deluxe exterior trim package.

Due to the popularity of the Chevrolet Corvair and the parts commonality between the Corvair 95 and its road car sibling, it’s still relatively easy to source spare parts for most Corvair model variants.

If you’d like to read more about the Rampside you see here or register to bid you can click here to visit the listing on RM Sotheby’s, it’s due to roll across the auction block in February and at the time of writing there’s no estimate. 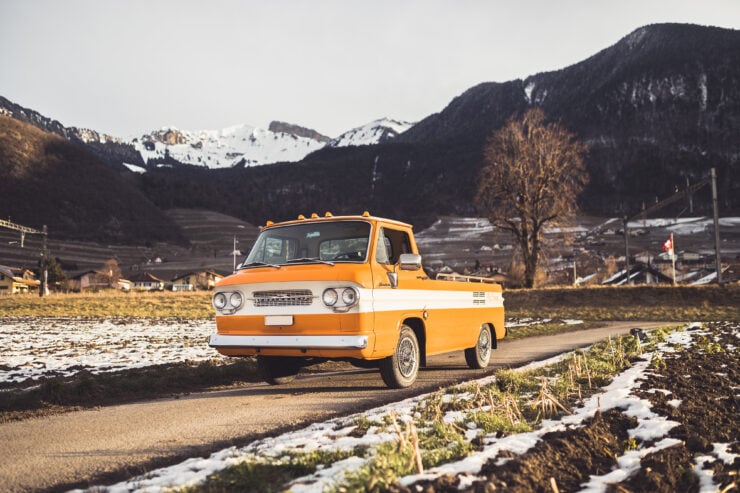 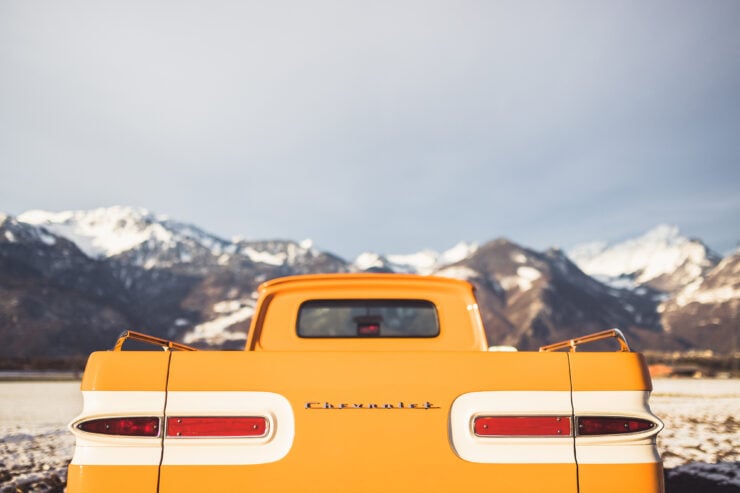 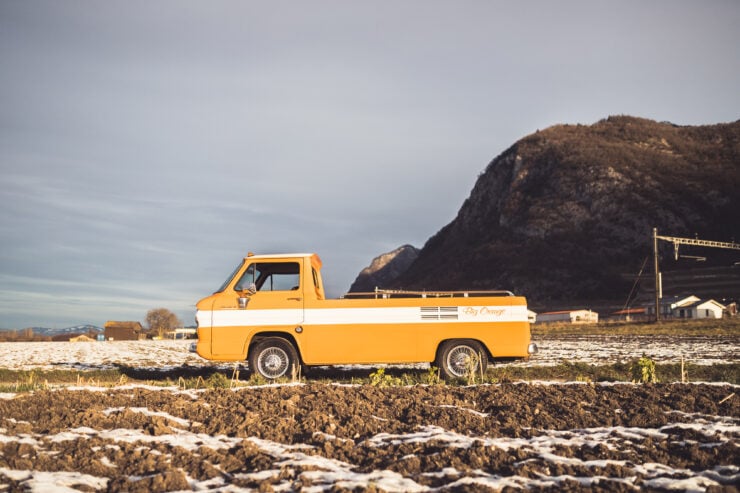 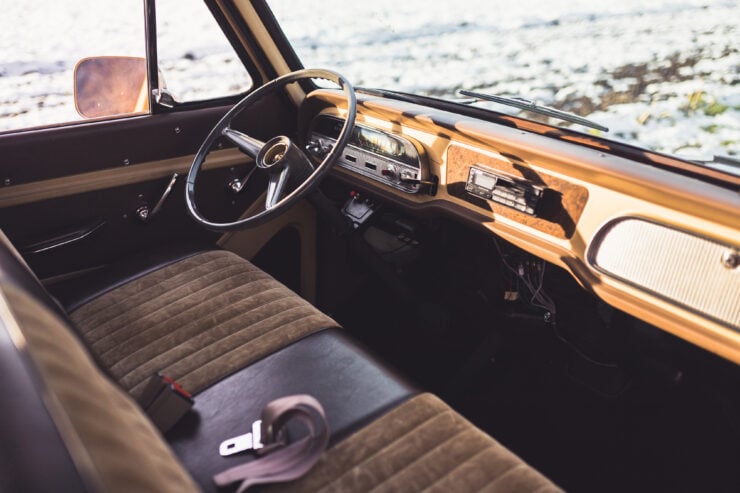 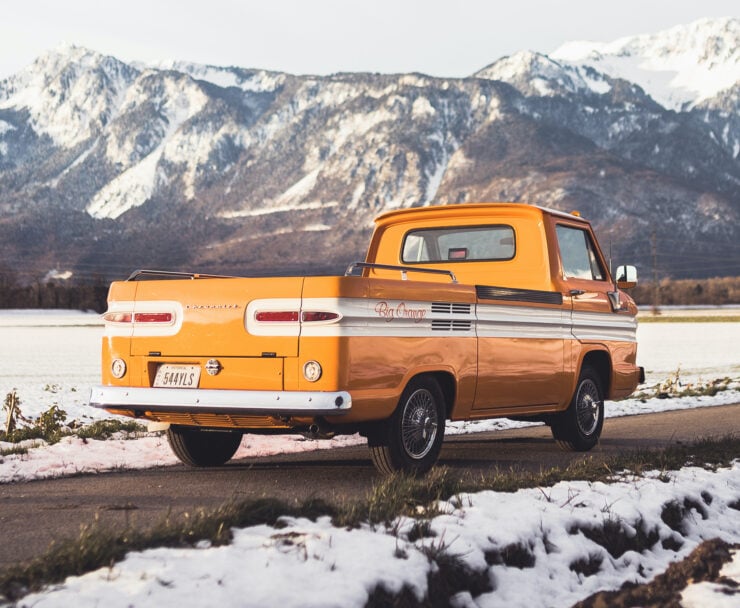 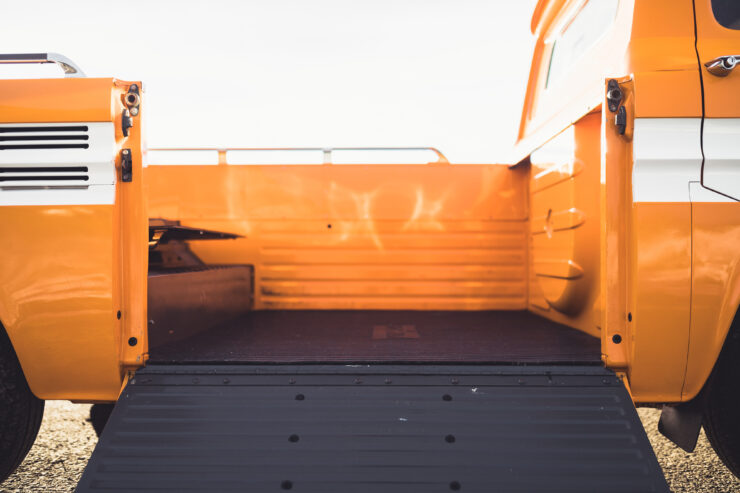 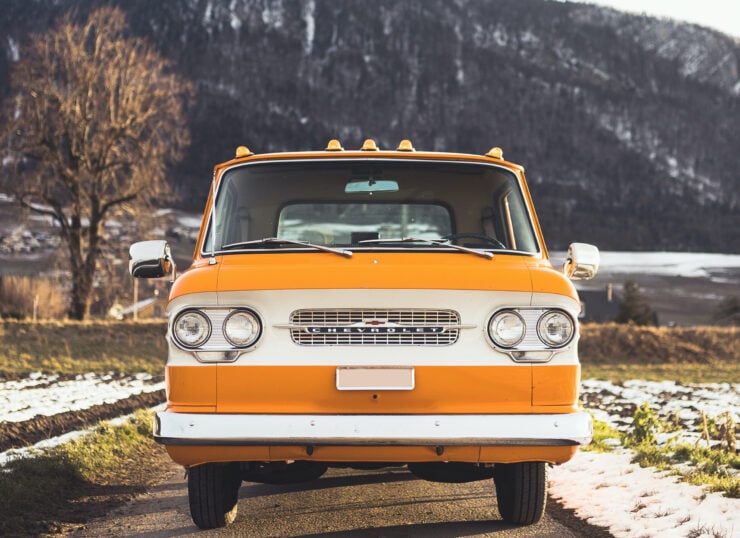 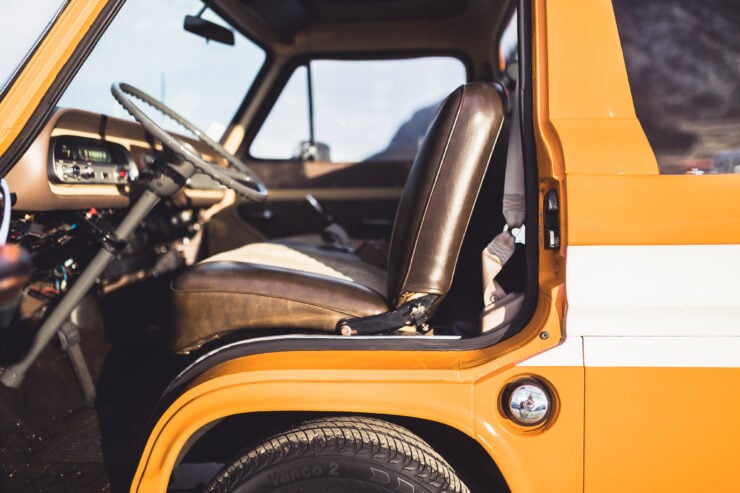 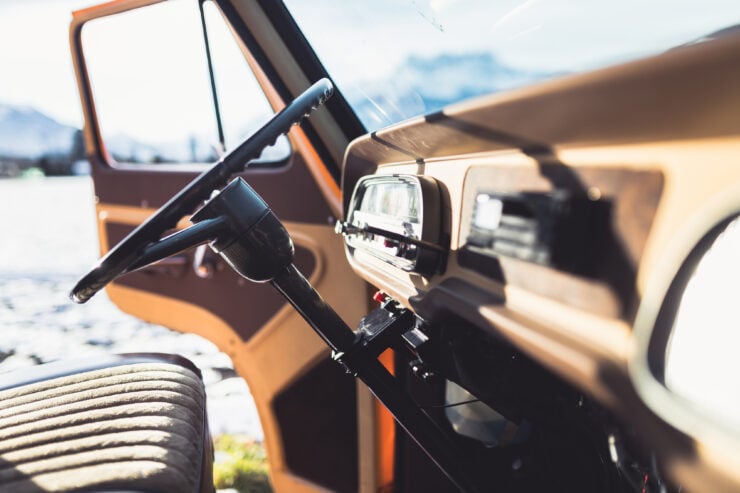 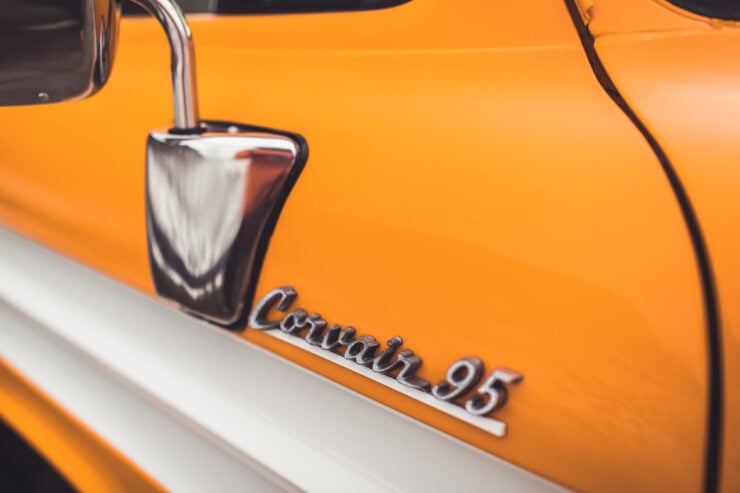 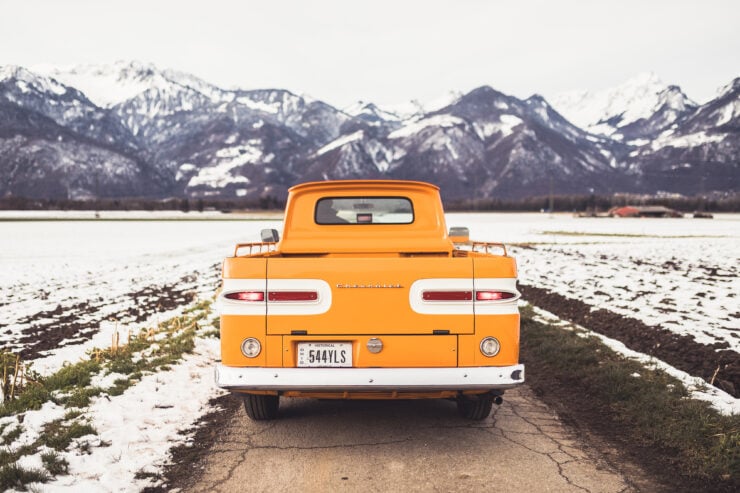 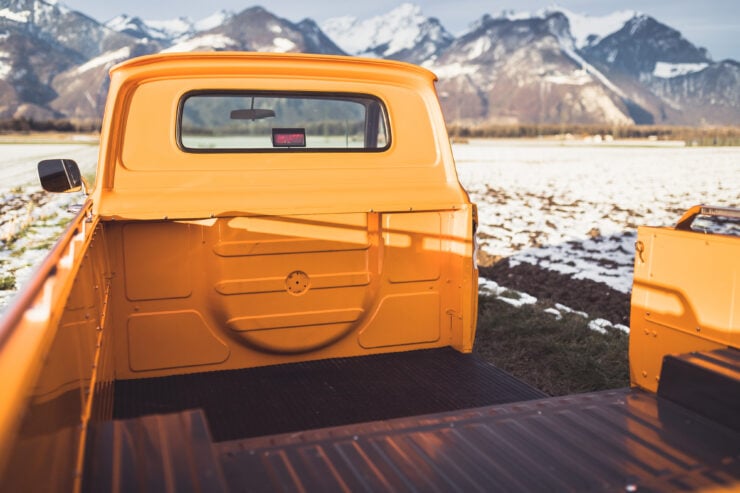 Published by Ben Branch - February 8th 2021
Related Posts
The 21st Century: Autos and All That Traffic – A 1969 Film By Walter Cronkite