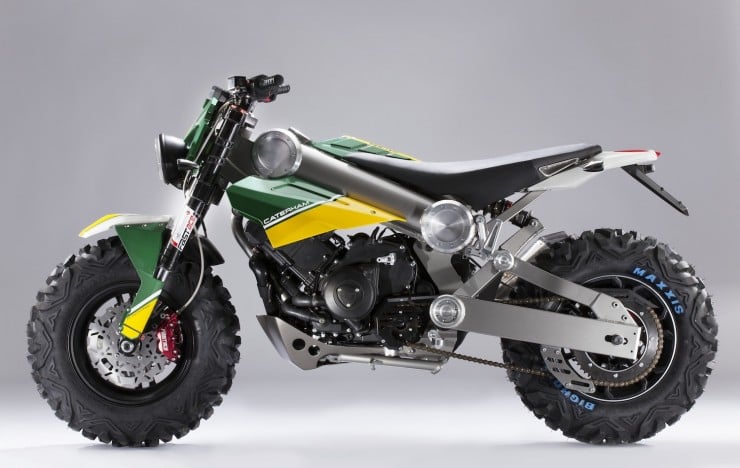 If this is the first time you’ve seen the new Caterham Brutus 750, it’s probably safe to say that your lower jaw is now resting on your keyboard. Whilst you gather your wits I’ll hit you with all the important numbers, just so we have it all out of the way.

It’s fitted with a 50HP, single-cylinder, DOHC, 750cc water-cooled engine, it weighs 235kgs, it can be converted into a snowmobile in a couple of hours, it has a 10 litre fuel capacity and it’s fitted with a CVT (constantly variable transmission).

The design is based closely on the Brutus 750 show to the public last year, in fact it appears to be identical in every way, so I’ve included the only available image of the Caterham Brutus 750 above with all of the official media shots of the original Brutus 750 below.

This is the bike that’s destined to launch the new motorcycle division of Caterham into the spotlight, there are due to be 3 models in total however the other two are e-Bikes and we’ll be featuring them next week. 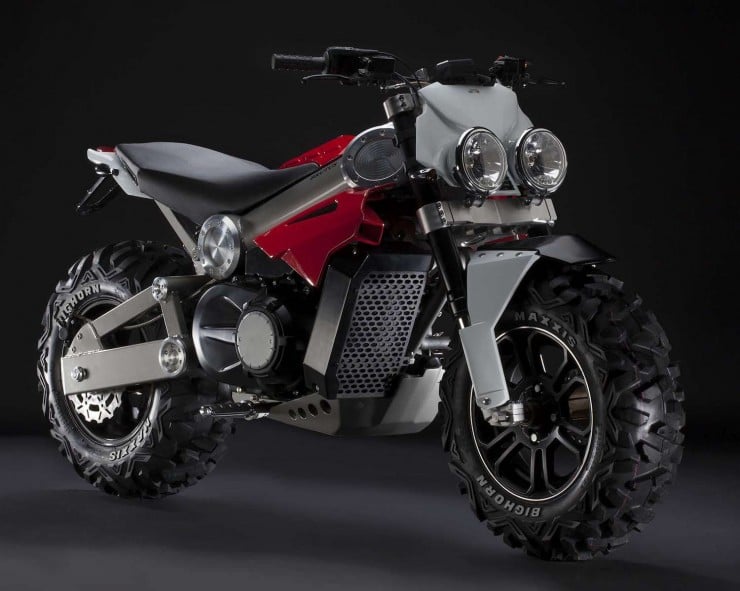 From a design perspective, the Caterham Brutus 750 is designed to be a 2-wheeled ATV that can eat up miles of sand, gravel, snow, asphalt and mud without a hiccup. It’s not yet clear whether it’ll be offered with more road friendly tires – I imagine that doing any significant road riding on those knobblies would shake your fillings loose.

The headlight arrangement is reminiscent of the classic Münch Mammut and the overall styling has clearly been influenced by modern supermoto design, so it’ll be interesting to see how the Brutus 750 handles once it’s ready for road (and off-road) testing.

The price hasn’t yet been released but Caterham have said that it’ll be “affordable”, which at least gives some hope. The official release of the Caterham Brutus 750 is due in spring 2014 – giving you a few months to save those pennies and get those fillings tightened. 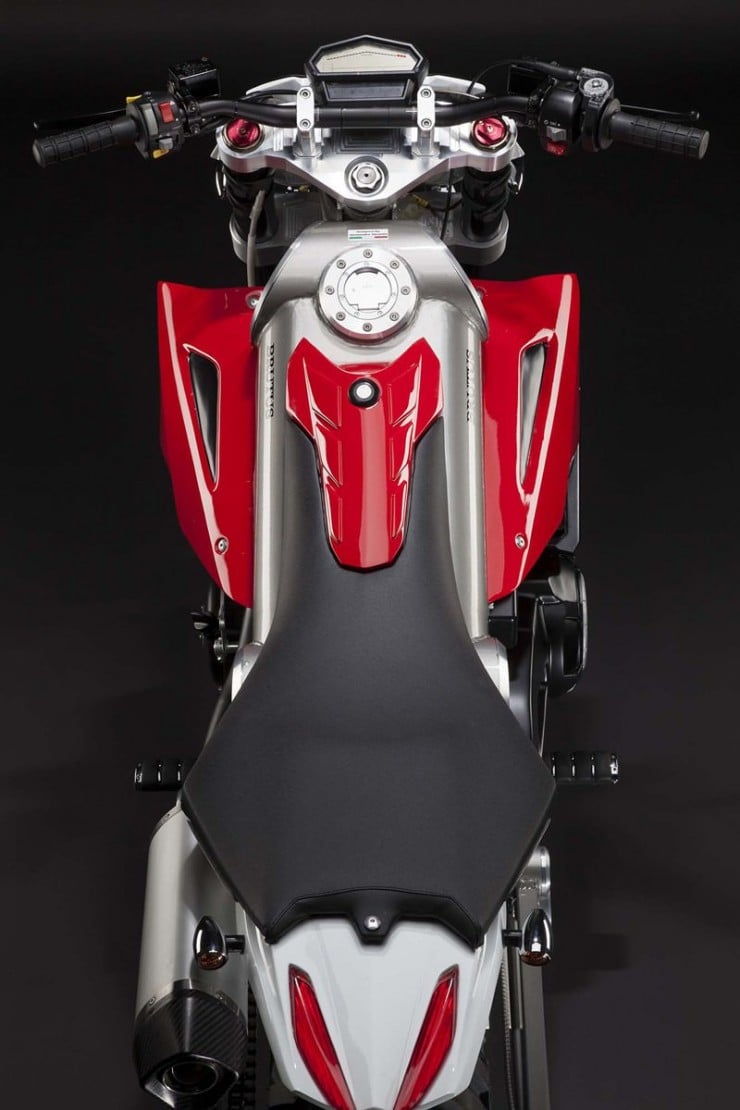 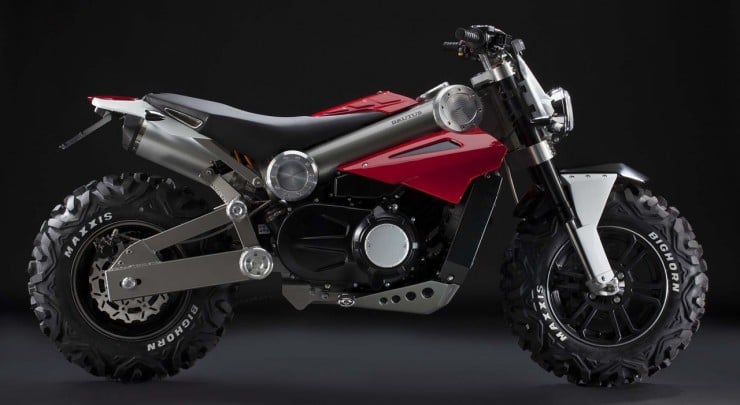 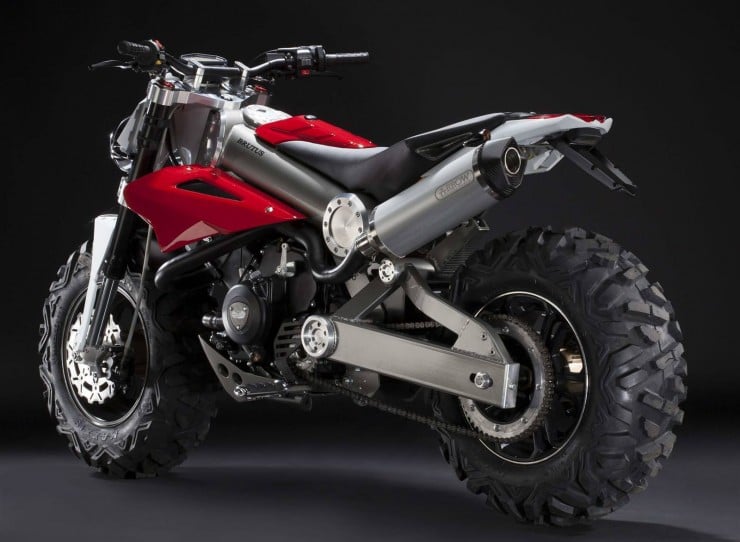 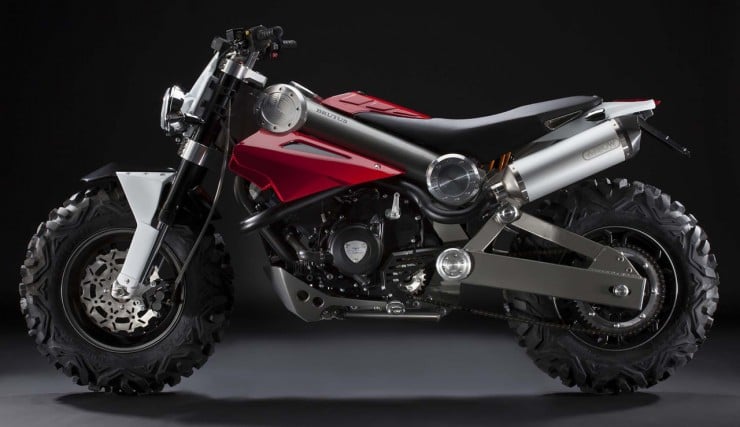 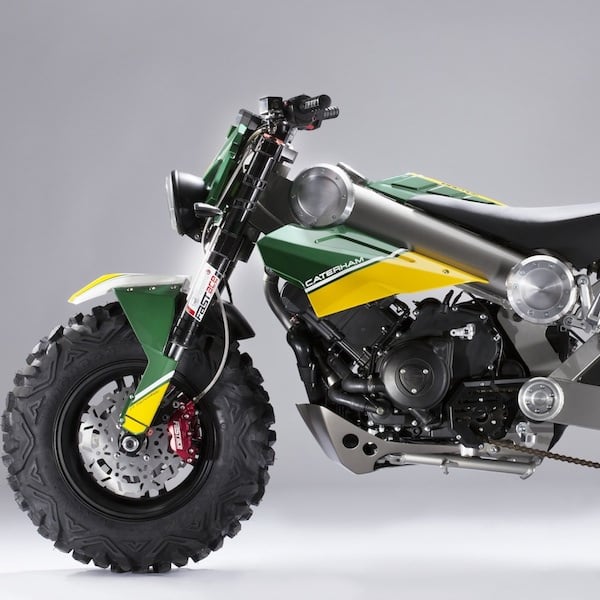